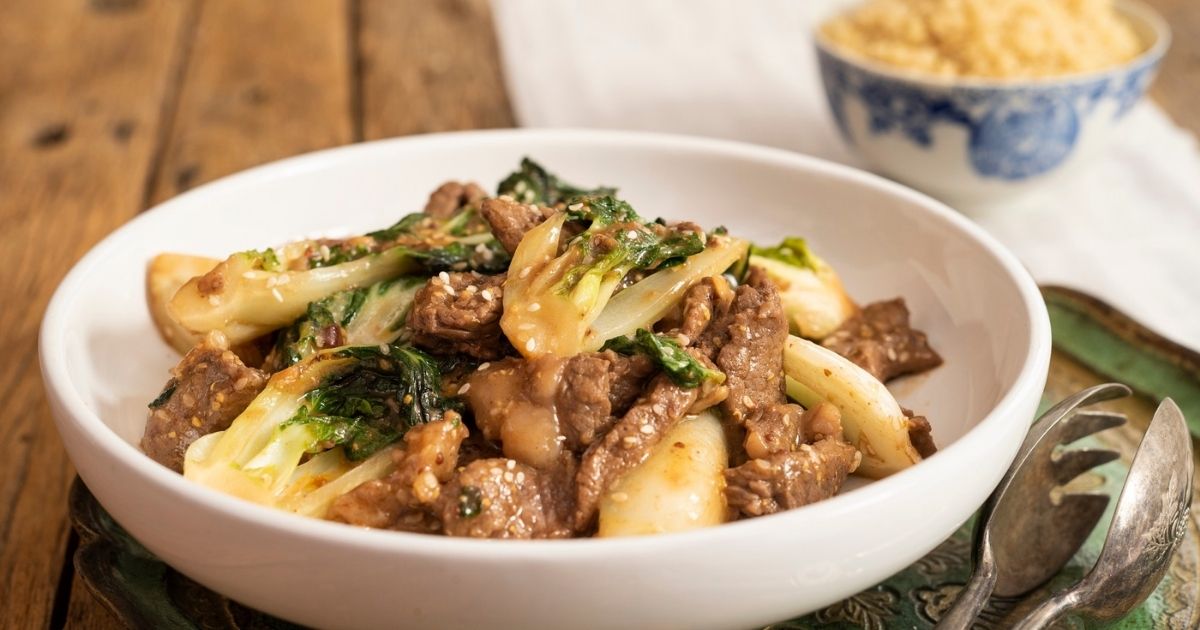 Ginger beef is a classic Chinese-Canadian dish: Culinary lore says it was created in Alberta.
By Signe Langford

Ginger beef is a classic Chinese-Canadian dish: Culinary lore says it was created in Alberta. Ours is a healthier version, as we don’t deep-fry the beef first, nor does our recipe call for sugar. This recipe is hearty yet fresh, super-flavourful, and tastes best when started the day before. Self-reliant Asian-Canadian farmers started growing this crop—a member of the cruciferous veg family—way back in the 1970s, but if it isn’t available, use cabbage or rapini instead.

Starting the day before if possible, in a bowl, whisk together ginger, soy sauce, sesame oil, chili sauce, honey, mustard and white pepper. Add beef, cover and refrigerate for at least 2 hours or, preferably, up to 24 hours.

About an hour before you’re ready to cook, strain beef through a sieve over a bowl. Let it sit on the counter to drain and come to room temperature. Reserve the marinade; there will only be a wee bit. Add the sherry to this.

In large skillet or wok over high heat, add peanut oil and bok choi; stir or toss vigorously until bok choi is wilting, glossy and charring here and there, about 3 minutes.

To the marinade, whisk in the cornstarch, then add the marinade to the hot skillet and stir to coat the beef and bok choi; cook until the marinade has reduced to a thick sauce, just 1 or 2 more minutes.  Serve immediately with a side of rice or quinoa.

TIP Bok choi is often sandy inside, so soak the cut pieces in cold water to wash. 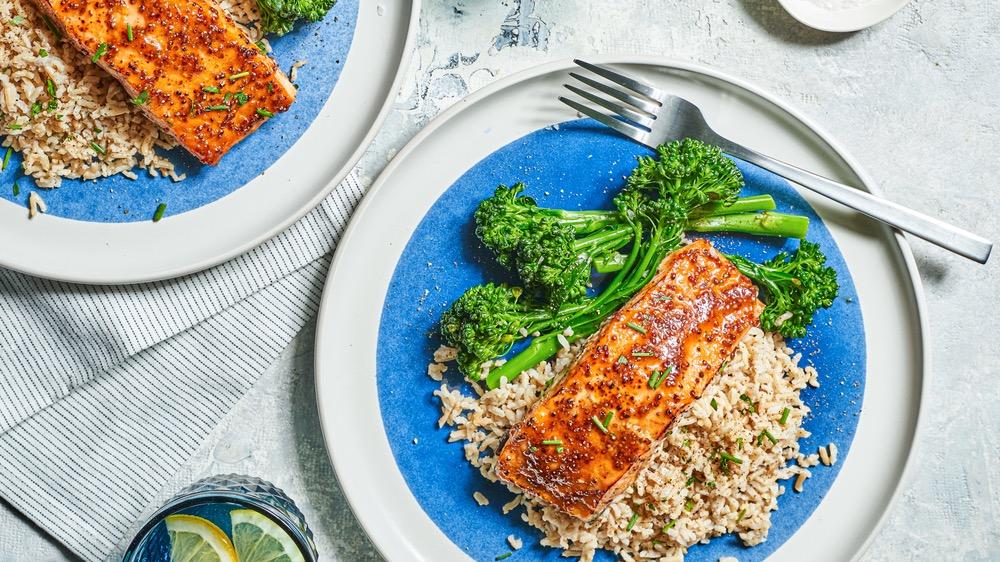