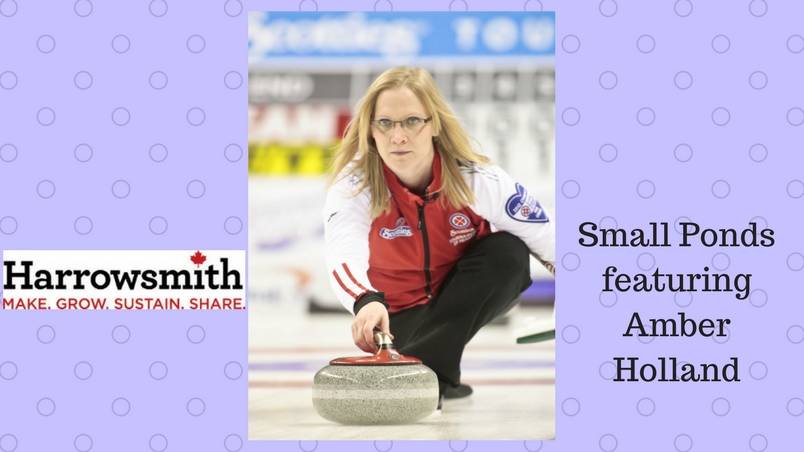 Your name? Amber Holland What will you be up to in 2017? 2016 was a year of change and new for me. I stepped down from my long-time job (20 years) at CURLSASK to move to my partner’s farm in Loreburn, Saskatchewan, and back to my roots of living on a farm. I will still continue […]
By The Harrowsmith Team

What will you be up to in 2017?
2016 was a year of change and new for me. I stepped down from my long-time job (20 years) at CURLSASK to move to my partner’s farm in Loreburn, Saskatchewan, and back to my roots of living on a farm. I will still continue to be involved with curling through coaching, consulting, volunteering and “freelance” playing, which means subbing for competitive teams or playing with some friends in bonspiels.

Home (or adopted) town?
Dilke, Saskatchewan, is still my hometown. I grew up on the family farm closeby, but I have lived in Regina for 20 years, so it has been “home” longer than where I grew up.

Population?
Not sure, but can’t be more than 100 people in town.

Years in residence?
I lived in Dilke from birth to age 17, then went to post-secondary in Saskatoon until I got my job in Regina.

Local school attended?
Dilke didn’t have a school when I was school age. I went to Bethune Clive Draycott Elementary School and Lumsden High School.

Local jobs held?
I worked on the farm in my younger years. Mom and Dad always told us that our job growing up was to go to school first, then work for money later. If we needed money, there was lots of work on the farm. Not sure Dad paid us the going rate for a farm labourer, though!

Your pastimes there?
Just growing up on the farm was a pastime. I played a lot of school sports, but curling took over when I was 13. Dilke only had a natural ice curling rink, so I didn’t play too many games there. We did the majority of our curling in Bethune, Saskatchewan.

Favourite nature walk?
Anywhere where it is quiet. I’ve always enjoyed a walk on a gravel dirt road or in the back pasture.

Favourite sports team?
I’m not a huge sports fanatic, but the Edmonton Oilers were my team growing up, so I still keep an eye on them now.

Favourite rink?
Well, Dilke only had one curling rink, so in that community, it would be that rink, I guess.  My favourite is any curling rink I step foot into, as I usually know someone there, regardless of where it is in Canada.

Your town’s claim to fame (before you)?
Not sure it has a claim to fame. The Dilke bar was always a stop for many to take part in a social beverage. The bar had a neat Pilsner-like mural on the side of it. Presently, there is a seasonal store called the Dilke Pickle that has been open in the summers for the last five years. It’s a snack and beverage place that also sells knickknacks.

Last time you were home?
My mom and dad sold the farm over 10 years ago, but I did drive by the farmyard in the summer of 2014. Someone else is living on the home quarter now.

Your local mentor, if any?
My dad. He taught me how to curl on and off the ice. He always told me things that I did wrong (and right) to help me improve.

Why do/did you like about living there? Or, what do you like about this small town compared with other places you have lived?
The slower pace and the quiet. Some people strive on busy and having things going on around them. I prefer to have the peace and quiet, and time to reflect. 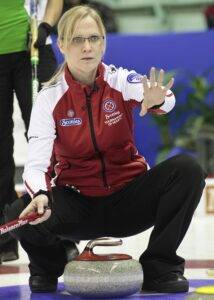 1n 1990, Amber Holland set the pace for her career by earning the title of High School Women’s Provincial Curling Champion and, not surprisingly, Female Athlete of the Year. She earned a diploma in massage therapy from the Professional Institute of Massage Therapy in Saskatoon. She was the technical director of CURLSASK from 1996 to 2009 before taking on the role of executive director.

Amber skipped the 2011 Saskatchewan team that defeated defending champion Jennifer Jones in the Scotties Tournament of Hearts with a single tie-breaking point. Amber was rightfully awarded the Sandra Schmirler Most Valuable Player Award. Ironically, Schmirler skipped the last team from Saskatchewan that won the national championship in 1997. Amber went on to win a silver medal at the 2011 Capital One World Women’s Curling Championship with her teammates Heather Kalenchuk and sisters Kim and Tammy Schneider.

From 1991 to 2015, she skipped the indefatigable Team Saskatchewan. She stepped away from the competitive rink to concentrate on her job but continued to play as a spare. She relinquished her role at CURLSASK in May 2016,  after two decades, but promises, “Curling’s not getting rid of me any time soon.”