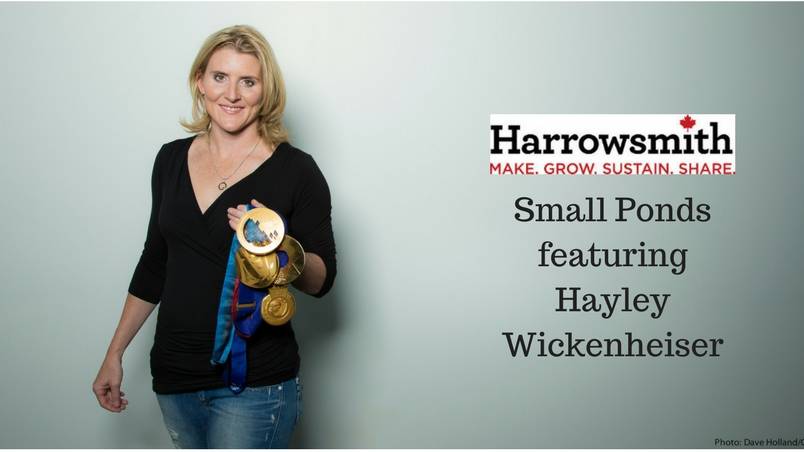 Last words?  I am a Westerner through and through.

Hayley Wickenheiser is regarded as one of the best female hockey players in the world. As a decorated Olympian, she has led her team to four gold and one silver medal. She was named the tournament’s most valuable player in both 2002 and 2006. For the 2014 Sochi Olympics, Hayley was selected to be the flag bearer for the Canadian Olympic team in the Opening Ceremonies. During those same Olympics, it was announced that she had been elected to the International Olympic Committee’s (IOC) Athletes’ Commission.

As part of the Canadian Women’s National Team since age 15, Hayley has won innumerable regional, national and world championships. Off the ice, her achievements include nabbing No. 20 on the Sports Illustrated Toughest Athletes in the World list, and she was also named among QMI Agency’s top 10 greatest female athletes in the history of sports.

Hayley is a two-time finalist for the Women’s Sports Foundation Team Athlete of the Year and earned several nods on the Globe and Mail’s Power 50 influencers in sport. In 2011, she was appointed to the Order of Canada for her achievements as an athlete and for her contributions to the growth of women’s hockey. She was inducted to Canada’s Walk of Fame in 2015.

She has seen success not just on the ice but also as an elite softball player. She participated in the 2000 Summer Olympics as a member of Team Canada and worked as a softball analyst with CBC’s coverage of the 2008 Beijing Summer Olympics.

Hayley’s passion for sport is matched only by her desire to give back to the community through her involvement with dozens organizations such as JumpStart, KidSport, Project North and Right to Play. She has travelled the world to support those efforts, including taking trips to Rwanda, Ghana and the farthest northern communities in Canada.

Her most profound project has been the creation of the Canadian Tire Wickenheiser World Female Hockey Festival, which hosts over 1,500 female hockey players from around the world in Calgary annually, giving girls access to not only hockey but also world-class educational sessions, both on and off the ice.

Hayley was born in Shaunavon, Saskatchewan, and is a proud mom to teenage son Noah. She has received numerous honorary degrees and graduated with honours with a bachelor’s degree in kinesiology from the University of Calgary in 2013. In 2016, Hayley completed her master’s, conducting a study that is researching the connection between physical activity and the neurology of autistic youth.