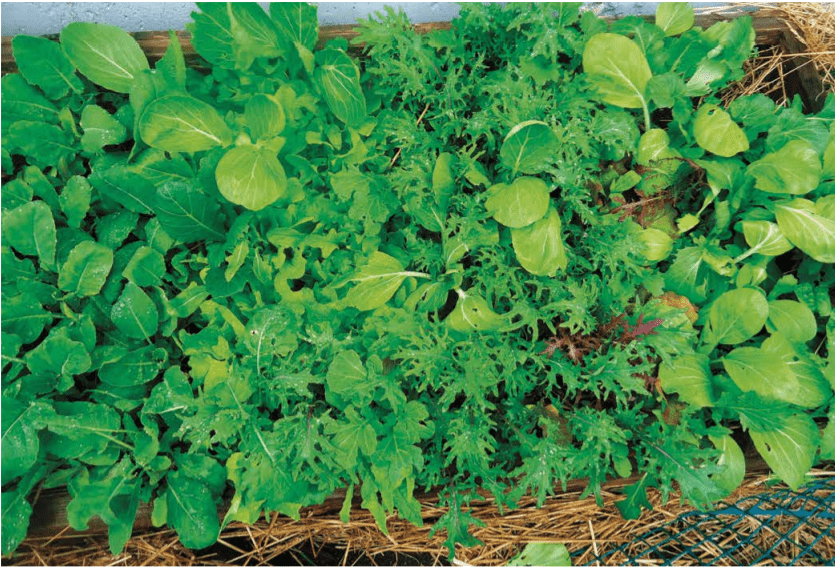 An excerpt from “The Food Lover’s Garden: Growing, Cooking and Eating Well” by Jenni Blackmore. GREENS “Greens” is a catch-all description of a huge and wonderfully diverse range of plants that really do deserve a whole chapter (if not a whole book) to themselves, but as they’re going to be sharing this section with beets […]
By The Harrowsmith Team

An excerpt from “The Food Lover’s Garden: Growing, Cooking and Eating Well” by Jenni Blackmore. 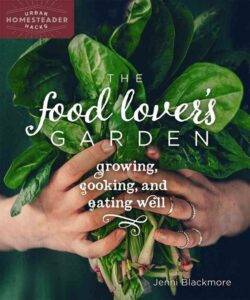 “Greens” is a catch-all description of a huge and wonderfully diverse range of plants that really do deserve a whole chapter (if not a whole book) to themselves, but as they’re going to be sharing this section with beets I’m going to group them very loosely into two main categories (summer greens and hardy greens) and talk about them in fairly broad generalizations, starting with hardy or “shoulder season” greens. Shoulder season greens prefer the cooler temperatures of early spring and late fall and will, in fact, tolerate a fair bit of frost when protected with row cover, clear plastic, recycled windows or just about anything else that will allow light to filter in while keeping the frost from lying on the leaves.

Hardy or “Shoulder Season” Greens Kale, chard and spinach are common shoulder season greens that can be planted very early in the spring and again in late summer for a late fall/early winter crop that will last right up until the hard freeze. There are several other, perhaps slightly less well known leafy greens such as mustard, mizuna, arugula, pak choi, and mâche (a.k.a. corn salad) that are equally hardy and serve as perfect replacements for the summer salad mixes, which will have gone to seed or wimped out by the first frost.

One of the nice things about growing shoulder season crops (crops that grow in the cooler, shorter days of spring and fall) is that many of the typical pests have not yet arrived or are no longer around. The downside of growing in the shoulder seasons is that everything grows much slower during the shorter hours of daylight, especially in the fall when the window of opportunity contracts with every day, unlike the spring when each day is slightly longer. It does require fairly careful timing to get the seeds sprouted and well established before November/December. Planting seeds eight to twelve weeks before the first frost is the time frame to aim for, which roughly translates as late August/September in temperate zones.

This fairly narrow bed of spring greens skirting a gravel pathway supplied
countless salads for a couple of months.

All the hardy greens are very tasty and nutritious. Perhaps my all time favourite is kale which I enjoy best eaten raw in a salad. Kale leaves can get a bit tough and strong-tasting as they mature but massaging them gently with olive oil eliminates both of these problems. 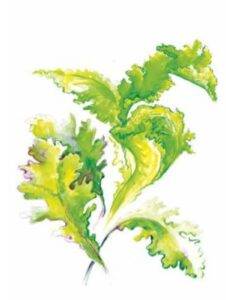 Oil massages might sound like a time consuming and excessive practice (it certainly did to me when I first heard of it) but actually, it’s not at all. It can be done as the kale is being torn into pieces; the oil automatically gets “massaged” into the leaves and a couple of extra “scrunches” with both hands completes the job, no problem. And it doesn’t take much oil; two or three tablespoons of olive oil for a very large bowl of kale is enough. I always make kale salad in a very large bowl because it tastes so good. A small bowl just doesn’t contain enough second helpings. I prefer a sweet dressing, so I usually include maple syrup with lemon juice or balsamic vinegar and either sour cream or mayo. It’s worth comparing the caloric and fat counts of mayo and light sour cream. The sour cream appears to be way healthier and it makes a yummy dressing

If I could only pick, or only had room for, one wintergreen in my garden, it would be kale. For one thing, it’s so versatile! It can be . . .

I was going to start this sentence as shown but then it occurred to me that there are lots of things that can be done that really would be better left undone so instead of saying kale can be I’m saying kale is great added to soups and stews, used in typical pesto and dip recipes, ever so lightly steamed, sweated or eaten raw. It will provide an extra power boost to smoothies and, lightly oiled and salted, it can even be
baked into “chips.” 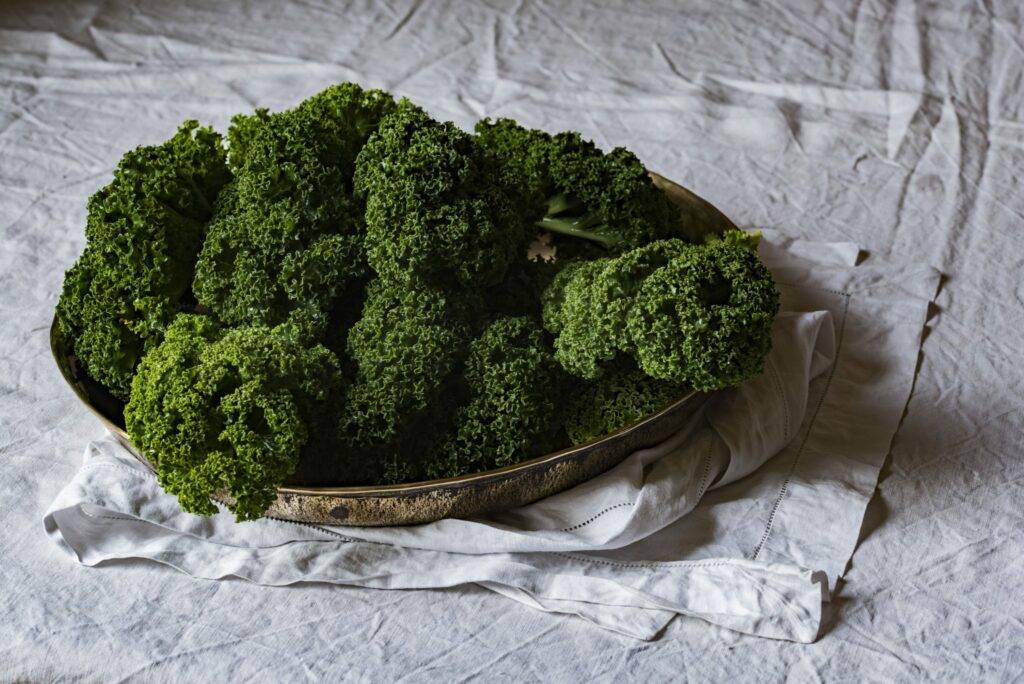 Kale is said to be one of the most nutritionally dense foods on the planet. It’s loaded with vitamin C and K along with other vitamins and a host of minerals including calcium, potassium and magnesium. It has cancer preventing and cholesterol-lowering properties along with forty-five different flavonoids that work as anti-inflammatory and anti-oxidizing agents and also help support detoxification. The
more I think about kale the more it wows me. Definitely my best fave pick! And certainly, if space is limited, I would say grow kale!