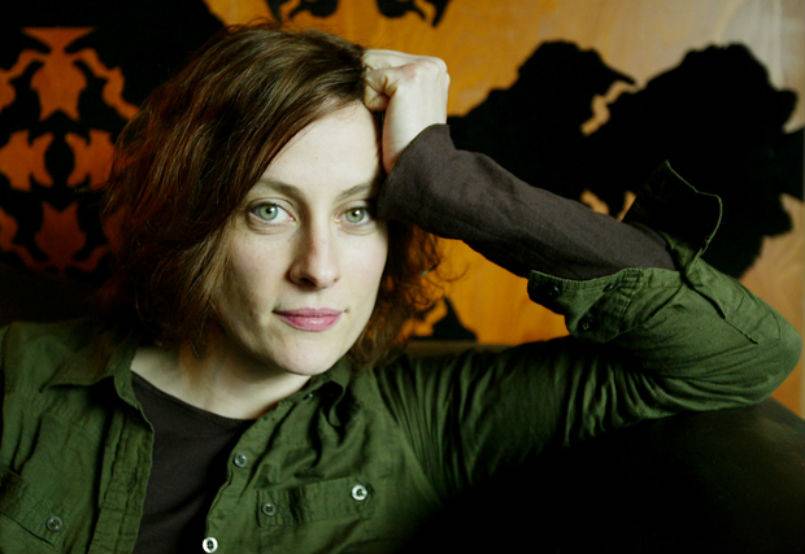 The youngest of six children, folk-popstar/activist Sarah Harmer grew up in the farming life near Burlington, in southern Ontario. After her early years with the alt-country band The Saddletramps and the alt-rock outfit Weeping Tile, Sarah’s debut solo album was technically intended only for family.
By Yolanda Thornton

After her early years with the alt-country band The Saddletramps and the alt-rock outfit Weeping Tile, Sarah’s debut solo album was technically intended only for family.

Originally published in the 2010 Almanac.

WHERE DO YOU LIVE NOW: On the outskirts

LOCAL JOBS YOU HELD: Sold sarongs at the Kingston market

BEST PLACE TO GET IN TROUBLE: Wolfe Island

FAVOURITE RINK: A tossup between the Memorial Centre and Harold Harvey Rink (Skeleton Park is great, too)

WHAT PART OF THIS PLACE DO YOU WISH YOU COULD BRING WITH YOU ON THE ROAD: The waterfall

LAST TIME YOU WERE HOME: Hard to budge me away from this place these days

HOW HAS THIS PLACE CONTRIBUTED TO YOUR CAREER: The deer write the songs.

WHY DO/DID YOU LIKE LIVING THERE: Unassuming, I don’t have to share it with too many people.

WHAT ELSE DO YOU WANT PEOPLE TO KNOW ABOUT THIS PLACE? Nothing!

The youngest of six children, folk-popstar/activist Sarah Harmer grew up in the farming life near Burlington, in southern Ontario. After her early years with the alt-country band The Saddletramps and the alt-rock outfit Weeping Tile, Sarah’s debut solo album was technically intended only for family. A collection of pop music cover tunes for her dad, Songs for Clem was released independently in 1999 to great acclaim. The following year, her folk-influenced You Were Here was a mainstream breakthrough, selling over 100,000 copies in Canada and garnering attention in the U.S., where Time Magazine named her one of its Ten Best in Music for 2000. Her 2004 CD All Our Names featured hits like “Almost” and “Pendulums.” Two years later, Harmer re- leased both a CD (I’m a Mountain) and a DVD (Escarpment Blues) which were nominated for Juno awards. The latter is a documentary film of her band’s hiking tour of venues along Canada’s oldest footpath, the Bruce Trail, through the Niagara Escarpment. Protecting the escarpment has occupied a lot of Harmer’s time in recent years. After all, she grew up on the escarpment, on the farm where her family still lives. For those who don’t know, the escarpment is the most prominent landform in southwest Ontario, including the ridge over which plummets Niagara Falls. It’s also a cliffside green corridor extending 900 miles (1,500 km)—with breaks— from upstate New York to Illinois, including 450 miles (725 km) in Canada’s most industrialized region. Prized for its freshwater resources, endangered species habitat, prime agricultural soils, wetlands and forests, the escarpment snakes around three of the five Great Lakes, several of Canada’s biggest cities, our most important shipping route, and North America’s busiest freeway (Highway 401). A kind of “last preserve” in this area, it’s under continual threat from human activity, particularly proposed gravel development. For these reasons, it was recognized by UN- ESCO as a World Biosphere Reserve in 1990. Harmer cofounded PERL (Protecting Escarpment Rural Land) in 2005, and has been a vocal opponent of open-pit aggregate mining activities that threaten the delicate ecosystem. It’s hard to find a more Canadian eco-protest song than Harmer’s “Escarpment Blues,” with its heartfelt first lines: “If they blow a hole in my backyard/ Everyone is gonna run away/ The creeks won’t flow to the Great Lake below/ Will the water in the wells still be ok?” For more, visit www.sarahharmer.com