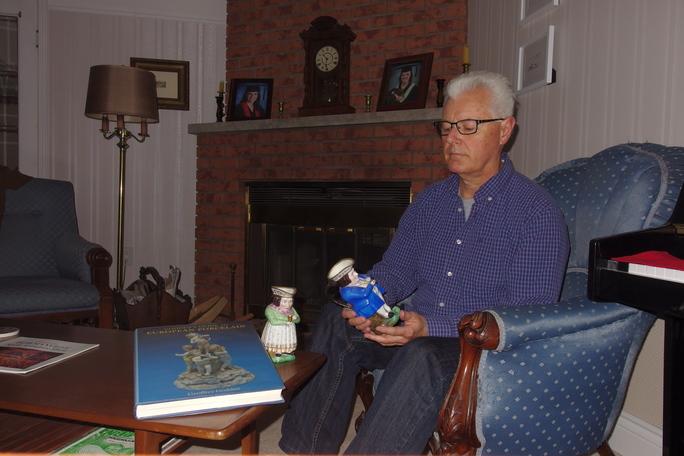 Summers make Canada the ideal staycation choice. And what better to way to explore our country than on a mission? If you have your eye on a collectible or you’re simply up for a little browsing, antique-laden towns and stops will make your next adventure all the more satisfying. Plan your route, pack a picnic […]
By Catalina Margulis

Summers make Canada the ideal staycation choice. And what better to way to explore our country than on a mission? If you have your eye on a collectible or you’re simply up for a little browsing, antique-laden towns and stops will make your next adventure all the more satisfying. Plan your route, pack a picnic and keep a lookout for yard sales and flea markets along the way. Happy treasure hunting! 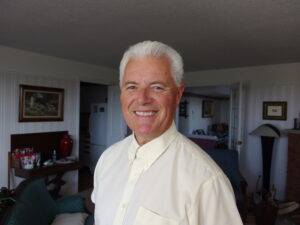 “Geography is a big part [of shopping for antiques], more than people realize,” says John Sewell, an antique appraiser in Stratford, Ontario, who has written on the subject for the Toronto Star and the Ottawa Citizen, and has appeared on the show Pawnathon Canada on the History Channel. “That’s been condensed with the Internet: you can advertise in Vancouver and buy in Nova Scotia now. In the old days, you really had to travel. But volumes are still closer to where they originated from.”

As owner of Maus Park Antiques in Paris, Ontario, and with 50 years in the trade, Douglas Stocks has witnessed the link between history, geography and antique finds. “I have travelled the whole of Canada and have seen first-hand how our history has shaped the distribution of cultural objects (antiques) across our country,” he says, calling the pursuit “a cultural, aesthetic adventure.”

Certainly when it comes to antiquing in Canada, there’s no shortage of worldly goods to be discovered. “Whether it was the Napoleonic [Wars], the Boer War, the First or Second World Wars, Canadians suffered, but our country also gained,” says Stocks. “Our troops brought back articles and companions, and with these companions and families came prized possessions. Canada became a destination for other waves of refugees and immigrants [who] brought a wealth of artifacts and belongings. These can be found throughout Canada.”

In B.C., Sewell says, “Victoria is a good place [to start]. There’s a good auction house—Kilshaws. You’ll find a lot of western Canadian art, as well as English antiques. There’s a strong possibility of finding Asian antiques, too, because of the affinity with China and Japan.”

The Antique Market on Franklin Street has lots of everything—from antique doors and stained glass windows to shades and furniture. Granville Street offers plenty of options, such as Uno Langmann Limited, where you’ll find a good selection of European and North American paintings, fine British and European antique furniture and decorative objects.

“With the opening up of the West and the influence of the railway (and its building), which brought colourful Slavic cultures,” says Stocks, “the rich heritage of local indigenous artifacts, combined with the Métis culture, has produced a wonderful mixture of artifacts that you can find here.”

If you can, it’s worth exploring these provinces to score hard-to-find gems. “Calgary has the oil money there, and Winnipeg has great museums, so stuff will be drawn there,” says Sewell.

In Edmonton, the Old Strathcona Antique Mall serves up 27,000 square feet and 130 antique dealers selling everything from furniture to figurines.

“With the influx of the British military and British settlements came the English design style,” says Stocks. “Not only did they make things here that reflected their taste, but they imported goods as well. Early settled areas like the Maritimes, the Montreal area and southern Ontario have a wealth of hidden treasures.”

Antique goods abound, too, because manufacturers made and sold so much here, says Sewell. The forests and ports all contribute to a rich trading heritage and product bounty. “You can have anything [here], because of a mosaic of cultures,” says Sewell.

As far as stops go, Sewell recommends Smith’s Creek Antiques in Port Hope and Tim Potter Auction Services, near Kingston. “I like to get east of Toronto,” he says. “There’s a different flavour—it’s a little more historical.”

In Ottawa, the Antique Market has 25 dealers and 10,000 square feet of wares under one roof, and the Astrolabe Gallery on Sparks Street sells old maps and prints.

Known for its vineyards, Niagara-on-the-Lake is also home to plenty of gems for antique spotting. There’s Forum Galleries on Niagara Stone Road and Lakeshore Antiques on Lakeshore Road. In Niagara Falls, Niagara Coin and Collectibles, on Victoria Avenue, sells jewellery, vintage watches and cameras, plus military items and war relics. On the way, don’t miss a stop in Jordan, where you’ll find plenty of other antique shops.

In Toronto, says Sewell, “Bernardi’s on Mount Pleasant is one of my favourites. They have lots of high-quality stuff. It’s a fantastic shop. And Cynthia Findlay on King West is like an antique mall in itself.”

Southworks Antiques in Cambridge has more than 30,000 square feet of antiques and collectibles, including furniture, china, glass, lighting, toys, automobilia, clocks and radios.

You can browse for days at Woodstock’s One of a Kind Antique Mall, which has over 80,000 square feet of space and 500 vendors.

In Quebec, “They always had more flair to their things,” says Sewell. “There’s a lot of great carved furniture. The Quebec furniture is earlier than Ontario. Especially Montreal. You can find everything there: French antiques, British antiques.”

In Montreal, plan to spend the day along Notre-Dame Ouest, known as Antique Alley, where you don’t want to miss Milord Antiques for furniture.

In Quebec City, Rue Saint-Paul in the Old Port area is among the most well-known antique rows in the country, and a pleasurable stroll, with its many boutiques and art galleries. Be sure to stop by Gérard Bourguet Antiquaire on nearby Saint-Pierre while you’re here.

Quincallerie du Vieux-Quebec on Rue Garneau is a veritable fount of antiquities and decorative arts, and a gem in particular for antique hardware, such as handles, hooks and registers. If you can’t make it out there, however, their online inventory is extensive and provides endless hours of viewing pleasure.

Antique 3A, in Sainte-Eulalie, is a little out of the way but well worth the detour for an elegant collection of antiques and curios.

In Eastern Canada, keep an eye out for American prizes. “With the American Revolution in the 18th century, we had a large influx of educated, skilled and sometimes monied people who brought their cultural backgrounds,” says Stocks. “Settling in Upper and Lower Canada as well as the Maritime provinces, they brought cultural objects and produced objects of significant value that can still be found in these areas.”

On the East Coast, Sewell raves about Sietl’s Antiques, in Pugwash, Nova Scotia: “I love to go there because he has a lot of knowledge.”

Wherever the road takes you, one thing is certain: there’s plenty of adventure and treasure hunting to be had.

More than antique shops, today, malls, markets and shows are where the goods are at, says antique appraiser John Sewell. Here are some of his favourites.

Cabin Fever, Kingston, Ontario
Find something for every budget and taste from Ontario and Quebec dealers at this winter event.

Aberfoyle Antique Market, Guelph, Ontario
From spring to fall, every Sunday, almost 100 dealers show their wares at this popular event.

Christie Antique & Vintage Show, Ancaster, Ontario
Hundreds of dealers travel from far and wide to attend these shows, held in the spring and fall, every year.