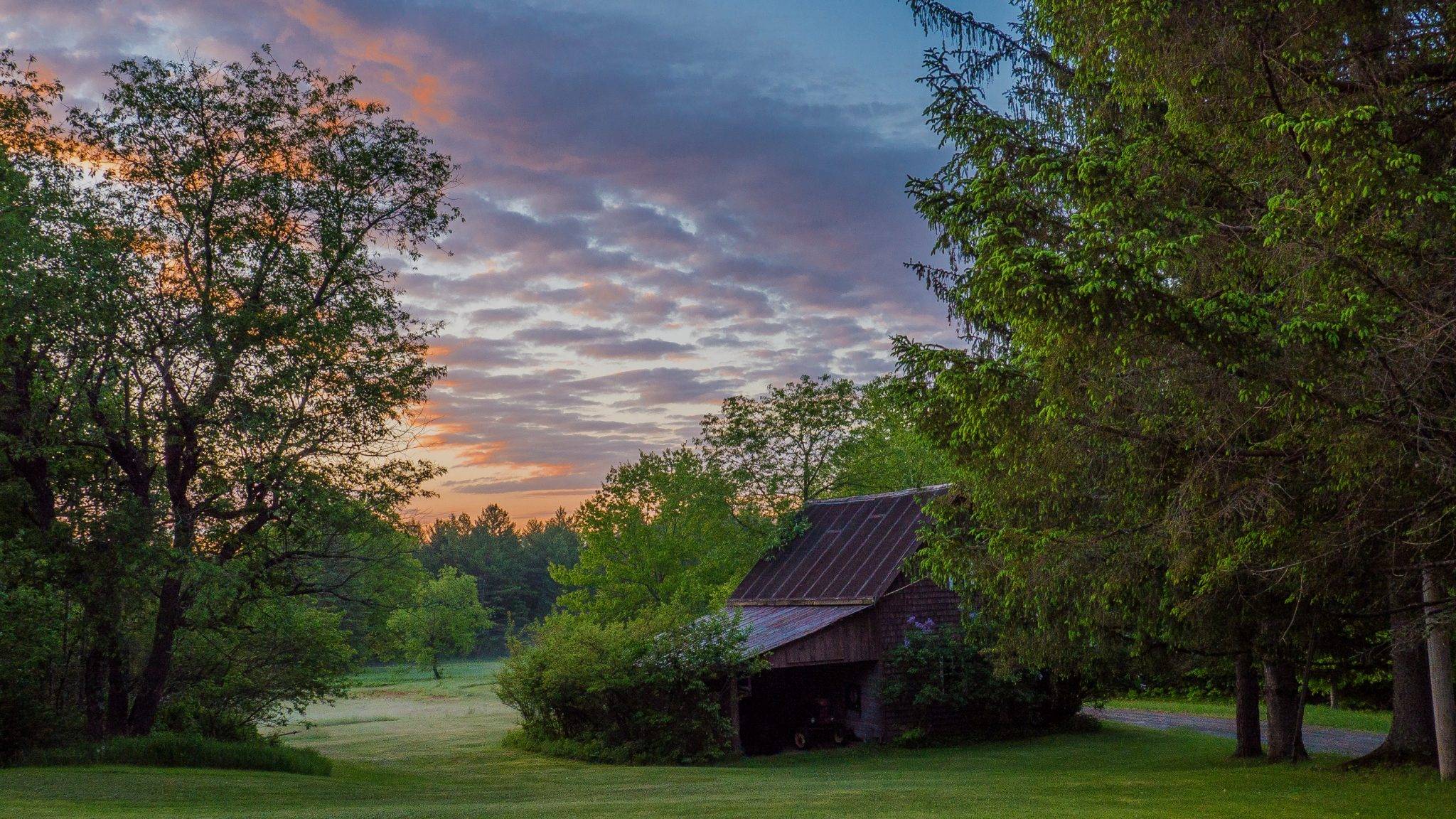 Everything you ever wanted to know about country living, but were afraid to ask!
By Yolanda Thornton

Can my pets and livestock make me sick? Can I pick up any diseases from any of them?

“Zoonotic” diseases (ailments transmitted from animals to humans) aren’t as common as the common cold, but are definitely encountered more often on the farm than in town. That’s because so many of them are associated with manure, and there’s no shortage of that on a typical acreage. There are five diseases you should be aware of:

Is a dog’s mouth really cleaner than a human’s?

No, no, a hundred times no! Dogs think horse droppings are a delicacy and likewise consider the contents of the kitty litter tray a gourmet treat. They also lick themselves and have an innate fascination with other dogs’ butts. This doesn’t sound like a recipe for oral hygiene, does it? Even so, an occasional buss on the cheek from Fido is likely to do no harm.

There has been much made about the nutritional value of raw food in the last few years. Are raw veggies really better for you than cooked?

The Raw and the Cooked

Not necessarily. According to the Journal of Food Science, cooking can actually increase the antioxidant content of some vegetables and likewise, it increases the amount of lutein, vitamins, calcium and other nutrients present in the food. For instance, three cups of raw spinach have 90 mg of calcium while the cooked equivalent has 259 mg, almost three times as much. But not all cooking is created equal. Microwave cooking is preferred. Steaming and stir-frying are also good, but boiling actually dissolves nutrients and thus, isn’t recommended from a nutritional point of view. A general rule: Cook veggies until tender but still crisp. And heed this advice: Cooked or raw, you should eat more vegetables.

We live on what is called a “given” road. What exactly does this mean? Who was the road given to?

When the countryside was first surveyed for settlement, the standard grid plan was sure to include plenty of road allowances so that no single farm was landlocked. Not all of these rights of way were conveniently located, so occasionally, deviations from the grid were blazed through private property. The lands occupied by these roads were “given” to public use by the owners of the properties through which they ran. Some given roads are actually old First Nations and fur-trading trails that pre-date the survey.

Every spring I see old tree trunks and branches seemingly coming to the surface on my old dirt road. Where are they coming from?

Stick in the Mud

While your country road may not be a genuine “corduroy” road, the idea of using felled trees to fill in swampy spots is a common aspect of this country’s older roads. The full-fledged corduroy road, in which trees were laid down and covered with sand or gravel is known to have been used as early as 4000 BC with examples found in England and in parts of the Roman Empire. In your case, years of gravelling and grading likely meant that the maintenance folks forgot that the roadbed was built on logs. If the logs are buried in wet, acidic, anaerobic soils such as peat or muskeg they decay very slowly. Over the years the annual freezing and thawing process gets things moving, and occasionally one of those old logs will make its way to the surface.

Coyotes cross our property on a regular basis. Should we be worried?

It can be quite unnerving when you first hear a pack of coyotes howling under your window at night. However, your personal safety is not at risk. According to a California Fish and Game report, an average of only one person is bitten per year–this in a state with the same population as all of Canada, and quite a few coyotes that live in urban areas. The last human to be killed by a coyote was over 30 years ago.

Although you probably aren’t in any danger, your livestock definitely is. Coyotes love raiding henhouses and dining on defenceless lambs. As their range spreads and their numbers increase, coyotes are becoming more of a nuisance. Fortunately, a snarling guard dog–A German Shepherd or great Pyerenees for example– can keep predators at bay, but one of the most effective is, in fact, a donkey. It will stand its ground against all comers and protect the rest of the barnyard in the process. Coyotes can also be thwarted by electric fences.

There are many articles about how species are rebounding thanks to an abundance of “regenerating farmland.” So where is all this new habitat? All I see is ever-expanding urban sprawl.

When the primeval forest was logged and then settled in the 19th century, hardly a tree was left standing. Indeed, if you were to look at a photograph of a farm from, say, 1870, you would see a barren landscape with hardly a tree insight. This spelled disaster for native birds and animals. However, the picture is often better today as hedgerows mature and woodlots regenerate. And in areas where the land was marginal for agriculture in the first place, vast tracts have reverted to forest, creating ideal conditions for expanding populations of otters, deer, moose and certain species of songbirds. Of course, the same is not true near our larger cities, but even there, older suburbs with maturing trees attract a surprising diversity of wildlife.

Please settle a point of discussion between my wife and me. We have a brand-new, well-insulated home that we heat with a woodstove. Do we need to keep a window open a crack? Do we lose precious oxygen by burning wood?

Yes, your woodstove consumes oxygen as part of the combustion process, but not enough to cause any worry that the room will run out of breathable air. Plenty of fresh air leaks into the average home to replenish whatever the stove consumes. Modern stoves use only a small amount of air, roughly 10 to 25 cubic feet (CFM) per minute. Open fireplaces, however, are a different matter. They can consume a huge amount of household air–as much as 500 CFM or more. That is why open hearths should never be installed in new, tightly sealed houses. For most of us then, there’s no reason to keep the window open–this only wastes precious heat. However, if it’s still a concern, some modern woodstove models can be set up so they get their air from the outdoors, putting any concerns about oxygen consumption to rest once and for all.

How close do you have to be a pig barn to smell it?

Much depends on the sensitivity of one’s nose. The University of Manitoba actually did a study on this, using GPS and 15 volunteers who were chosen for their very acute sense of smell. The point of the exercise, of course, was to determine how far away a house should be if its residents were to avoid putting up with the smell of pig manure.

The experiment had its share of logistical glitches. Participants were instructed to wear masks to keep their noses fresh until, upon removal, they took a deep whiff and recorded the degree to which their senses were offended. The verdict: you can smell pig manure anywhere from 100 m to a full kilometre away.

Please settle an argument. I like to crank the thermostat down low at night–to 16 C–and reap the energy savings. My wife says this is overkill, that by turning the heat so low the furnace has to work overtime when we turn it back up to 20 C the next morning. She says all my savings are eaten up when the furnace tries to catch up. Who is right?

It depends on how long the thermostat is set low. You won’t realize great energy savings if you yo-yo the thermostat every time you leave the house for an hour, but overnight it’s a good idea–a very good idea–to set the temperature low. Green Communities, a nation-wide non-profit agency that advises on home energy topics, tells us that years of research has shown that the fuel required to reheat home is roughly equal to the fuel saved as the home drops to the lower temperature. The longer the house remains at the lower temperature, the more energy is saved.

How did Punkydoodle Corners in southern Ontario get its name?

Whenever someone compiles a list of humorous Canadian place names, Punkydoodle Corners is near the top. This inconspicuous crossroads lies between New Hamburg and Tavistock (west of Kitchener and east of Stratford). The amusing name is said to have something to do with the local innkeeper’s mangled rendition of “Yankee Doodle,” while another version says “Punkydoodle” was the nickname of a local pumpkin farmer. The name has such a ring to it among souvenir hunters that signs go missing regularly. The local township can barely keep up with replacements. Whether Punkydoodle Corners is any more amusing than, say, Flin Flon or the Bugaboo Mountains is a matter of opinion.