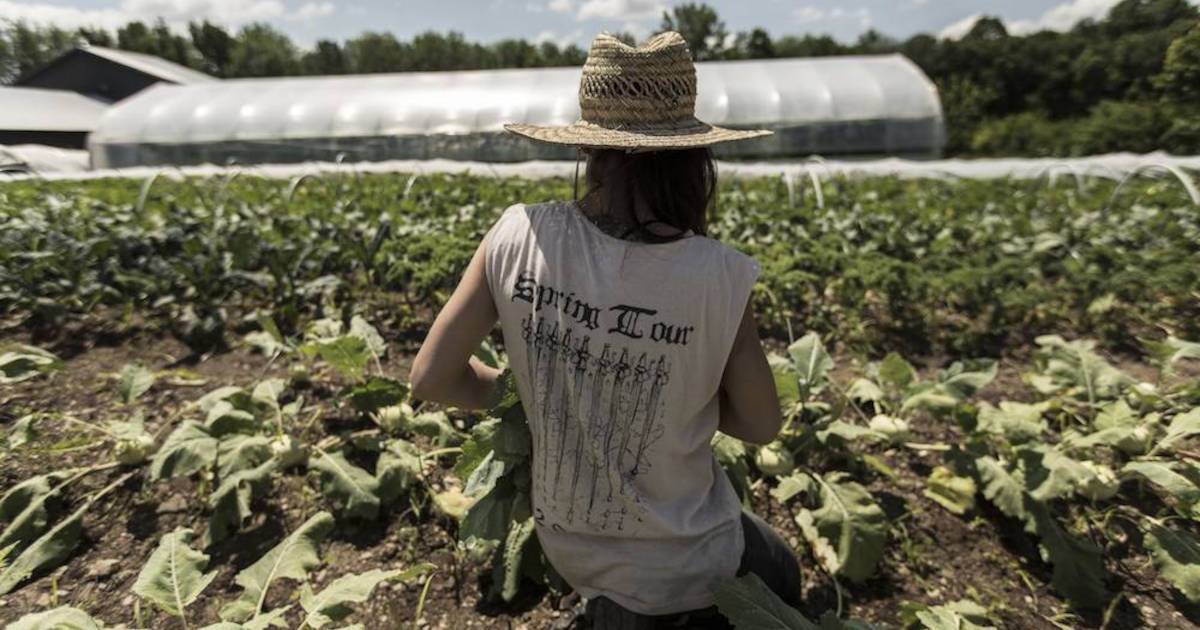 Everything you ever wanted to know about country living but were afraid to ask!
By Yolanda Thornton

The appearance of French breeds, especially the Charolais, was a response to changing consumer demands in the 1960s and ’70s. But the story actually goes back further, to the 1930s, when the Depression sent the Canadian beef industry into a tailspin. With their exports curtailed by new U.S. tariffs, beef farmers had to make do with the home market, where consumers could not afford large cuts of meat. Thus began a trend toward smaller cattle, and the traditional breeds—Shorthorn, Hereford and Angus—were downsized accordingly. Alas, when the market rebounded in the post-war period, these same breeds could not be restored to their former size quickly enough, so many a farmer turned to the Charolais and other French breeds, which were already tall, heavy and only too eager to gain weight. They’ve been with us ever since, and several still rank among the most common breeds in Canada. For the record, here are the top seven:

Interestingly, consumer preferences took another turn back toward leaner and smaller cuts in the 1990s, and the size of cattle has once again dropped.

Here it is spring and I still see lots of corn stalks in the fields left over from last year’s crop. Shouldn’t they have been ploughed under—like, last fall?

For generations, it was standard practice for farmers to plough under the crop residue after the harvest. The logic was, of course, that the otherwise useless stalks would compost in the ground, replenishing the soil with nutrients. Nowadays, there’s a new school of thought that suggests that tilling the soil in the fall isn’t necessary. The “no-till” philosophy recommends that the old crop be left in place over the winter until it keels over on its own accord, coincident with spring planting season. This still replenishes the soil, but saves big on labour and, most of all, fuel. Indeed, it saves enough tractor diesel that no-till was even mentioned in the Kyoto accord as a technique for improving the environment. Not everyone is sold, however—some argue that it affects yield and most significant of all, it requires the farmer to invest in new heavy-duty planters and other equipment better suited to cultivating winter-hardened soil.

The real question is, why are horseshoes associated with good luck? It probably has something to do with the fact that they are made of iron, a material that has been held in high esteem since ancient times for its ability to withstand fire. Likewise, it is associated with the blacksmith, who was regarded with similar awe for his skills with elemental fire and magical iron—according to legend, a couple married by a blacksmith was destined to have a long and happy union. As to the argument over which way a horseshoe should hang: This reminds us of the decades-long debate that raged in the late Ann Landers’ column as to which way to hang the toilet paper roll. When you think about it, does it really matter?

Should I turn my poultry loose in the vegetable patch? I’ve heard they’ll eat all the nasty critters that are attacking my Brussels sprouts.

Some people swear by chickens in the vegetable patch; others swear at them. Yes, turning poultry loose in the garden is an effective way to control potato beetles, cutworms and a host of other pests. Likewise, ducks and geese can do your weeding for you as they root around the soil looking for tasty morsels. But be warned: there’s also the risk that they will do as much damage as good. As they scratch around the garden, they are apt to pull up the broccoli as well as the chickweed. And they will positively devour salad crops.

What is with the word “youse,” as in the waitress who greets a table of diners with, ”What’ll youse have?” I had never heard it before I moved to the country, but now I hear it everywhere, and I live less than an hour from Toronto.

~ Concerned About Abuses of the Queen’s English

“Youse”—also pronounced “yuzz”—is the unofficial plural of “you” and might best be described as the rural version of the Southern “y’all.”
Canadians hear it surprisingly often in the country, especially in the east.

The lexicographers at the Canadian Oxford Dictionary tell us that although it seems quite sensible to have different words for the singular and plural second-person pronouns, standard English doesn’t. We’re stuck with “you” whether we’re addressing one person or a crowd. However, on the peripheries of the Queen’s English, people still acknowledge the difference, as “youse” and “y’all” so ably demonstrate.

“Youse” might well have roots in Gaelic, the mother tongue of so many Scottish and Irish immigrants to rural Canada. That language has a distinct plural form for the second person and to this day, “yezz” or “yizz” is characteristic of Anglo-Irish. Curiously, Newfoundland English, which otherwise shows a fairly heavy Irish influence, doesn’t seem to be known for “youse;” according to the Dictionary of Newfoundland English, recorded evidence of the word is “scanty.”

Youse is grating to many ears and linguists are quick to dismiss it as hick slang. The Canadian Oxford says it is “generally considered unacceptable in cultivated speech.” Well, whadda youse know?

Last week, my neighbour—absolutely livid—dropped by with my two golden retrievers in the back of his pickup. He had found them running loose at his place, where they chased his sheep before heading for the henhouse and killing half a dozen chickens. I was aghast and offered to pay for any damages, but that didn’t seem to appease my neighbour much. If it happens again, he said he would shoot my dogs dead. Can he legally do this?

Yes, according to the law in most provinces, a farmer can shoot to kill if a dog chases, injures or kills his livestock or poultry. Furthermore, the owner of the dog is required to reimburse the farmer for the fair market value of any animals lost to predation.

The law comes as news to many new country dwellers, as does the dreadful behaviour of their erstwhile darling pets. A revealing Australian study found no real pattern pointing to a certain type of dog. Young and old, males and females, mutts and purebreds, neutered and intact, packs and loners have all been guilty of giving into the hunting instinct. However, the study did say that 90 percent of their owners refused to believe their dogs could have done such a thing.

What’s particularly disturbing is that predation by dogs is only for sport and that, unlike coyotes, which kill for food and devour their prey immediately, dogs mangle several animals at a time, often without killing them. The poor quarry often die of shock or exhaustion. All the more reason to heed this advice: Even in the country, responsible owners never let their dogs roam free.

Did someone named McIntosh really develop the McIntosh apple? Is its heritage really Canadian?

That’s right, eh? Like toques and basketball, the McIntosh apple is considered one of our own. It was developed by accident, when John McIntosh, a Loyalist settler from upstate New York, uncovered some vigorous apple seedlings while tilling his farm in Dundas County, near Cornwall, Ontario. He transplanted them and although only one survived, that original tree produced fruit for almost a century until it finally died in 1908. By then, John’s descendants had propagated seedlings by the hundreds, and by the 1960s, the McIntosh apple accounted for 40 percent of the Canadian apple crop. Although it bruises easily, the McIntosh is still a favourite among growers because it ripens quickly and the trees are nothing less than prolific. Consumers love the Mac’s crisp texture and tart taste.

How close do you have to be to a pig barn to smell it?

Much depends on the sensitive who were chosen for their very acute sense of smell. The point of the exercise, of course, was to determine how far away a house should be if its residents were to avoid putting up with the smell of pig manure.

The experiment had its share of logistical glitches. The most serious was the extent to which the human nose becomes accustomed to pervasive odours. So, participants were instructed to wear masks to keep their noses fresh until, upon removal, they took a deep whiff and recorded the degree to which their senses were offended. The verdict: You can smell pig manure anywhere from 100 metres to a full kilometre away.

What is the purpose of those yellow tags that the best dressed cattle sport in their ears? Are they a substitute for branding?

Sort of. A better analogy is to liken the tag to a bar code or an i.d. card. The tag, which a cow wears from birth to the abattoir, provides the most reliable way to trace its history, no matter how many times it has been sold—quite an important consideration in light of the BSE scare of 2003. They also make identification easier in the barnyard, so that the farmer can keep track of which cows are producing—after all, it’s hard to tell Bossy from Elsie in a herd of 200 black Anguses. But tags also have another purpose: Some dispense insecticides that keep flies at bay. Sounds trivial perhaps, but flies on the face can drive a cow crazy to the point that she won’t graze well and won’t put on weight. Fly tags allow the animals to enjoy the great outdoors, sort of like bovine equivalent of mosquito repellent.

Hey readers! If there is a question burning in your mind that relates to country living, drop us a line and we’ll do our best to answer it. No question is too naïve! Join the discussion.