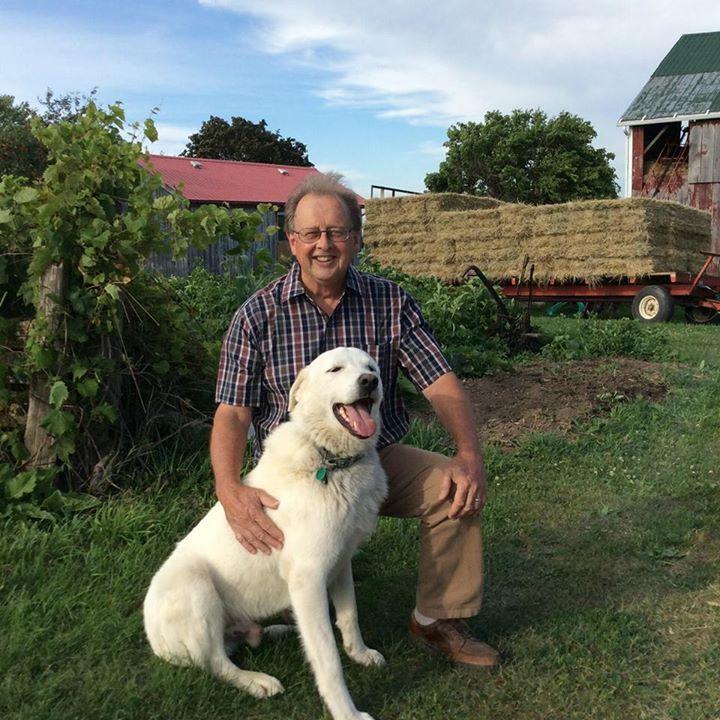 A former Harrowsmith contributor, for 14 years Dan Needles entertained readers with his tales from the countryside. From 1997 to 2011, his stories about living in rural Canada offered a sweet, funny glimpse into a life that many enjoy, and many more dream of. Launching this fall, Needles’ new book, True Confessions from the Ninth […]
By Catalina Margulis

A former Harrowsmith contributor, for 14 years Dan Needles entertained readers with his tales from the countryside. From 1997 to 2011, his stories about living in rural Canada offered a sweet, funny glimpse into a life that many enjoy, and many more dream of. Launching this fall, Needles’ new book, True Confessions from the Ninth Concession: The Harrowsmith Years (Douglas & McIntyre, September 2017), is a collection of his popular columns about living in the country. We had a chance to catch up with Needles and learn more about True Confessions, his Harrowsmith years and life in the country.

Tell us about your new book.

Dan Needles: It’s a collection of my writing for Harrowsmith over 14 years, between 1997 and 2011. I had made the leap out of the city, back to the farm, with my young family, and I was making a new life as a writer in the country. Harrowsmith knew my work from my stage plays and asked if I would give them a piece every month, talking about my experiences on the farm and in the rural community. That 14-year period really gives you a picture of how life evolved for someone who made that big decision to get off the corporate ladder and embrace a simpler life.

How did you come to live in the country?

My wife is a farm girl. We actually grew up only a few miles apart, though I didn’t meet her until I was in my 30s. We had a whirlwind romance and courtship, and were married within six months. Six months after that, we decided to leave the city. We settled on a farm I’d had for 10 years before that—a 40-acre farm in Nottawasaga Township [two hours north of Toronto].

At the time, I was director of public affairs for Canada Life, and had also worked as a journalist and speech writer. The trigger for leaving was my wife announcing that she was pregnant. We had a five-year plan to be on the farm, but we didn’t want to raise our child in gridlock, so I went to work that morning and told my boss I quit.

We went three winters in a tiny little house. It was pretty rugged on the plains here. The first thing the wind hits after it leaves Winnipeg is my house. So it was a leap in several different forms. It was leaving the city, getting off the corporate ladder, making my way as a writer, starting a family, and in a completely different community, but a community I had some familiarity with and a community that my wife was raised in. So I had a writer’s professional interest in what made the community tick. It’s my turf as a writer. It’s where I found my voice.

How did you start writing for Harrowsmith?

The editor, Tom Cruickshank, went to a couple of my Wingfield plays and did a cold call. I was a little nervous starting with Harrowsmith, because I’m not particularly organic. I don’t embrace all these correct enthusiasms. My wife was raised with a 100-yard diet. She spent her childhood on her knees in the garden, weeding, so she’s not that fond of growing vegetables. She’ll come in thrilled to announce that the Meyer lemons are in from Israel. She thinks the world is her oyster, and she loves to travel. But other than that, we’re all pretty much the same.

Why did you decide to put this book out, and why now?

People have been asking me to do it for years. My wife has always wanted me to do it, and the kids, and the readers—I get a request for a column probably every few weeks. People stuck them on fridges; certain ones would speak to people, and they would pin them up. I get stopped at Loblaws—people asking me [questions], commenting on something I’d written. I wanted to collect them all and have a volume that sits lightly in the hands. It tells the story of a growing family in a beautiful place. But it’s not a paradise; it’s a peculiar place, and it needs some study and understanding. And it’s a place that’s going through a tremendous amount of change.

My Wingfield plays dealt with the death of the small farm, in many ways, and I was distressed by the way the countryside was emptying out and the old farms—the old way of life that I had grown up in—were disappearing. But I realized it was being replaced by something new. The farms had been taken over by people who were still using the land in some fashion, but they were doing a variety of interesting things—they are designers, small businesses, professionals and other writers like myself. The old family farm has disappeared, but there are a few of them left, and they’ve got one thing that they do extremely well, whatever it is. I’ve sat in the same place and watched this transition over 30 years, and I think the columns capture that change.

I’ve actually got three kids in the house, all in their 20s. One is in the military. But they all love this place and keep getting drawn back to it the same way I did.

I’ve reversed a trend that goes back 100 years: Small towns were places that you left—they were nowhere, and the city was somewhere. People have been voting with their feet for the last hundred years, but that migration has stopped and is beginning to turn the other way.

Do any fan encounters stand out?

I do remember one elderly woman coming up to me and saying, “I enjoy your writing because there’s not too much sex and violence in it.” I remember thinking to myself, “There’s actually no sex at all, but there’s a considerable amount of violence!” [laughs].
What’s interesting is the neighbours. People always say your neighbours must be nervous about talking to you, and I say they got over their stage fright years ago and now they speak in sound bites, for publication. I go down to the diner, and they’re ready for me. That’s a tremendous source of material for me. There’ll be a big smile, and they’ll say, “Dan, you gotta hear this.” And I do.
That’s the difference between somewhere and nowhere. People don’t get irritated when you write about them—they’re glad to know that the place is interesting enough to be the stuff of literature, that it’s not boring. They don’t think of it as an invasion of privacy; they think of it as recognition of its great qualities.

What other projects do you have on the go?

I’m always writing a play for somebody. I have a musical in Orangeville [Ontario], The Last Christmas Turkey, for December. I’m teaching creative writing at Humber [College] and Lakehead [University]. I’m writing columns for other publications, I do some freelancing, and I’m on the speaking circuit as well, talking about farmer thinking, the particular take that a farmer has on the world. A farmer deals in the real world—real weather, real disasters. And that produces a particular way of thinking, about problems and solutions. I think there should be more farmer thinking in our public life.

After all these years, is there still a story or column you feel like you need to tell or explore?

Absolutely. It’s inexhaustible. I was watching my wife punch through a snowdrift with her Subaru Forester. What is it about farm girls and snowdrifts? I never run out of material.