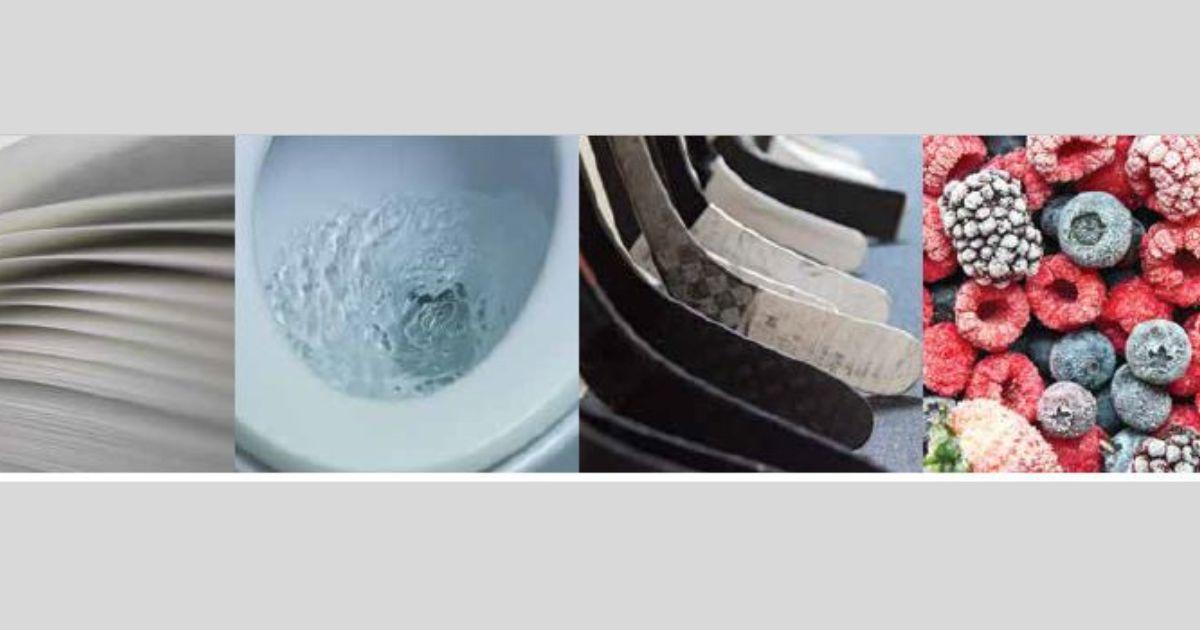 From paper to frozen food, you can thank the East Coast for so many of our modern conveniences.
By Catalina Margulis

When it comes to advances for human kind, our minds can quickly jump to the busier metropolises. And yet it’s the quieter East Coast and Atlantic Canada that can be credited for an incredible share of the inventions we enjoy today.

In the 1830s, a teenage Charles Fenerty from Sackville, Nova Scotia, began grinding wood into pulp to make paper after discovering wasps chewing on wood fibre, which turned into a paper-like substance. Most paper, until this discovery, was made from rags. The demand for paper was getting higher, and he produced a quality product from his wood pulp press; however, he unfortunately did not obtain a patent for his invention. In 1987, though, Canada Post issued a stamp in his honour, titling him as the inventor of the world’s first usable wood-based paper.

In the late 1850s, Thomas MacAvity Stewart of Saint John, New Brunswick, founded Thomas Crapper & Company. This is where the world’s first bath, toilet and sink showroom started, and likely why today the term crapper is used to refer to the toilet. Although MacAvity did not invent the toilet itself, in 1907 he did come up with the idea of a vortex-flushing toilet bowl, essentially creating a self-cleaning effect. After patenting this, he became so popular that he even received requests to deliver goods and products to the British Royal Family. MacAvity revolutionized the design of the toilet bowl from an elevated water tank into the modern toilet with a tank joined to the bowl.

In the early 1900s, American-born Clarence Birdseye moved to Labrador for work, where the long winters made him crave fresh food, and introduced him to frozen food that tasted good. In the U.S., frozen food at that time was a last-resort option, because when it thawed, it was soggy and unappealing. While in Labrador, Birdseye learned how to ice-fish from the Inuit. They would take trout from holes in the ice and let it instantly freeze in the 30-degrees-below-zero air. When cooked, the trout tasted fresh. The same process was used by the Inuit for other types of meat, and they kept the meat in hard-packed snow for months to preserve the freshness. Birdseye learned that freezing food quickly and at low temperatures would prevent large ice crystals from forming, which could damage the cells in the food. It became the starting point and foundation for the frozen food industry, and the process has remained the same for the commercial freezing system for many decades.

Also in the early 1900s, Osborne Havelock Parsons of Petitcodiac, New Brunswick, was responsible for the idea of converting the power of the ocean into energy. Parsons Ocean Power Plant became the world’s first commercial plant to do so. Today, in this area between Chedabucto Bay and Halifax Harbour, visitors often go hiking and picnicking; however, if they look close enough, they’ll be able to see the series of holes drilled into the exposed bedrock where the ocean washes the granite bare. These holes are basically all that is left of the Parsons Ocean Power Plant, which has inspired global research and development around the world.

In 1925, Edward R. McDonald of New Brunswick invented a wooden-tile board game that featured letters of the alphabet with different point values. The letters were played on a checkerboard, and he named it the Crossword Game. McDonald’s daughter, Betty Carvell, remembers her childhood filled with family gatherings where everyone would indulge in playing the wooden board game on the kitchen table.

In 1984, Michael Duck of Lower Sackville, Nova Scotia, was tired of coffee shop employees pouring cream by hand into his coffee, often getting too much in, and decided to do something about it. In his basement, he created his own portion-controlled dispensing machine. By 1985, he had sold his first machine to Tim Hortons. This changed everything for coffee drinkers everywhere, and for him and his family too.

The hockey stick originated with the Mi’kmaq tribe of Indigenous Peoples who lived in Atlantic Canada. The hockey sticks were made from birch and hornbeam trees, carved out of one continuous piece of wood. Around 1860, a company called Starr Manufacturing began selling hockey sticks all across North America, which became a primary occupation for the Mi’kmaq reserves in this era. They continued to sell the hockey sticks until around 1930, when the manufacturer became industrialized.

In 1998, Rhondalynn Clements of Montague, Prince Edward Island, created a wooden device that allowed gardeners to make their own biodegradable starter pots. The cylinder-shaped, solid wooden mould creates biodegradable starter plant pots using old newspaper. Clements came up with the idea when she ran out of pea pots in her own garden. The appearance of the product is basic, but the device offers a simple solution by making pots out of old newspaper, which is durable enough for planting and is also biodegradable.

In 2007, Andrew Cook of St. John’s, Newfoundland, began developing a power source with the ability to harvest power from ocean currents. He came up with the idea while collecting ocean data for different oil companies. The equipment he used ran on batteries that needed to be replaced too often, and the idea for WaterLily was born. When placed in flowing water, WaterLily spins to generate the energy required to charge USB-powered devices, including cellphones, tablets, flashlights and cameras. Cook became the co-founder of Seaformatics Systems Inc., selling the portable electric turbine that uses wind- or waterpower to recharge electronic devices.

Recently, Christine Noronha of Prince Edward Island developed a mechanical device to crush potato stems and the larvae of the corn borer that hide inside the potatoes while they’re being harvested. Farmers can use the Corn Borer Crusher to reduce their operating costs and use of pesticides. Before this product, it was difficult to control the European corn borer because once the larvae hatch and enter the stem, they’re protected from insecticide sprays. Thanks to the Corn Borer Crusher, the potato stems — with the larvae burrowed inside — are crushed as the plants go through the rollers. Noronha also invented the Noronha Elaterid Light Trap, a device that traps huge quantities of female adult wireworms and reduces further eggs, which are especially harmful to potato crops.

Just a few years ago, Rachel Brouwer of Bedford, Nova Scotia, only 14 years-old, developed a water purification system that won second place at the world’s largest science fair. She read about people in developing countries who have to travel to get clean water, and she became interested in learning how particles in water sources could be removed. She created a method where water is first pumped from lakes and water holes using her hand device, which runs the water through a basic carbon and charcoal filter made from ABS, before filling up 2-litre bottles that are readily available in developing countries. Once the bottles are filled, they are removed from the system and a 3D wax indicator is placed inside. The caps are then screwed on and the bottles are placed on a piece of corrugated tin roof so the sun can heat the water to 60°C. This will cause a colour change in the wax indicator, turning it from dark blue to light pink, which means the water is now free of harmful bacteria and is safe to drink. Brouwer has received an email from her role model, Malala Yousafzai, who thanked and encouraged her to continue her amazing work.

Canada’s Sir Sandford Fleming did not invent standardized time, but he is known as the father of international standard time. Fleming, who came to Canada from Scotland in 1845, was Canada’s foremost railway surveyor and construction engineer of the 19th century. Though he travelled across Canada and spent time in Ottawa, he was one of the founding owners of the Nova Scotia Cotton Manufacturing Company and retired to his home in Halifax in his later years. It is said Fleming became an advocate of time zones after spending an uncomfortable night in a railway station because of time confusion. Fleming advocated dividing the world into 24 time zones, one for every hour of the day, and instigated the initial efforts that led to the adoption of the global time zones we use today.