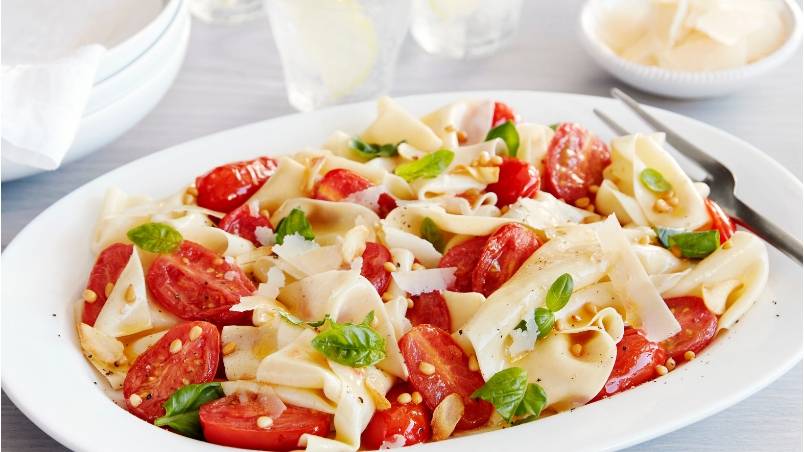 Place flour in the bowl of a stand mixer. Add egg yolks, salt and 1/4 cup of water. Using the dough attachment, mix until combined. Start on the slowest setting and gradually increase speed as ingredients combine. If your mixture is too dry, add more water one tablespoon at a time. Once a ball begins forming, remove, form into a ball and wrap in plastic wrap. Refrigerate for a minimum of 1 hour.

Once rested, bring dough to room temperature, then cut into 5 equal-sized pieces. Using a rolling pin, flatten each portion. Run the dough through a pasta roller, beginning on the #1 setting. Remove and fold ends into the centre. Flour dough and run through the same setting once more. Run the dough through each setting twice, folding the dough into the centre after each pass through until you have reached the final #5 setting. Cut each piece into long ribbons, approximately 3″ x 6″.

Cover fresh pasta with a very lightly damped tea towel until you are ready to cook.

Heat olive oil in a large pan over medium heat. Sauté garlic until lightly browned. Add chopped tomatoes and sauce for a couple minutes or until the tomatoes soften. Add pine nuts and salt. Turn on low to keep warm while you cook pasta.

Bring a large pot of salted water to boil. Once boiling, cook pasta ribbons for 2 minutes, then strain and add pasta to sauce.

Serves 4, plus leftovers for lunches

Roger Mooking has earned an international reputation as a renowned
chef executing a culinary style that showcases his globally inspired
vision. The Trinidadian-born, Canadian-raised chef is influenced by his
culturally rich family background, his love of people and travel, and
interest in global flavours to create new culinary experiences.
While Roger’s earliest influences are his family’s Chinese and Caribbean
specialties, Roger has also trained under Japanese, Chinese, French, and
Swiss German chefs. This third generation restaurateur has opened and
consulted on many food and beverage operations including “Twist by
Roger Mooking”. 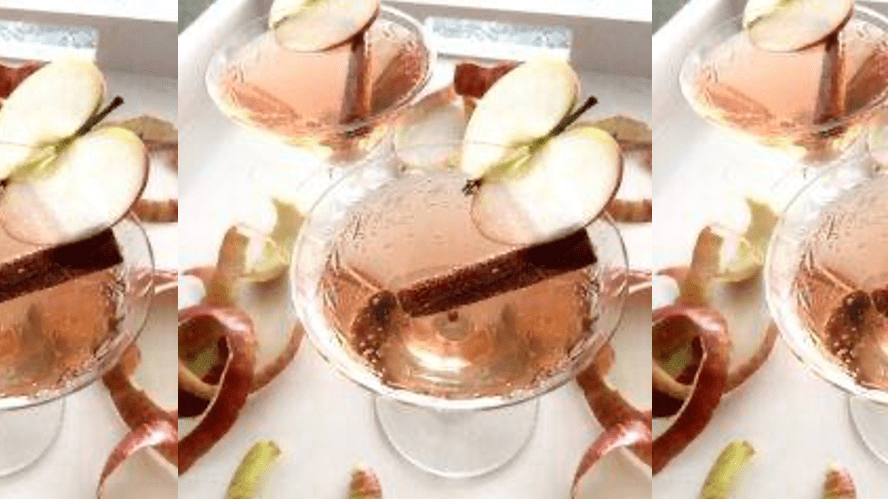