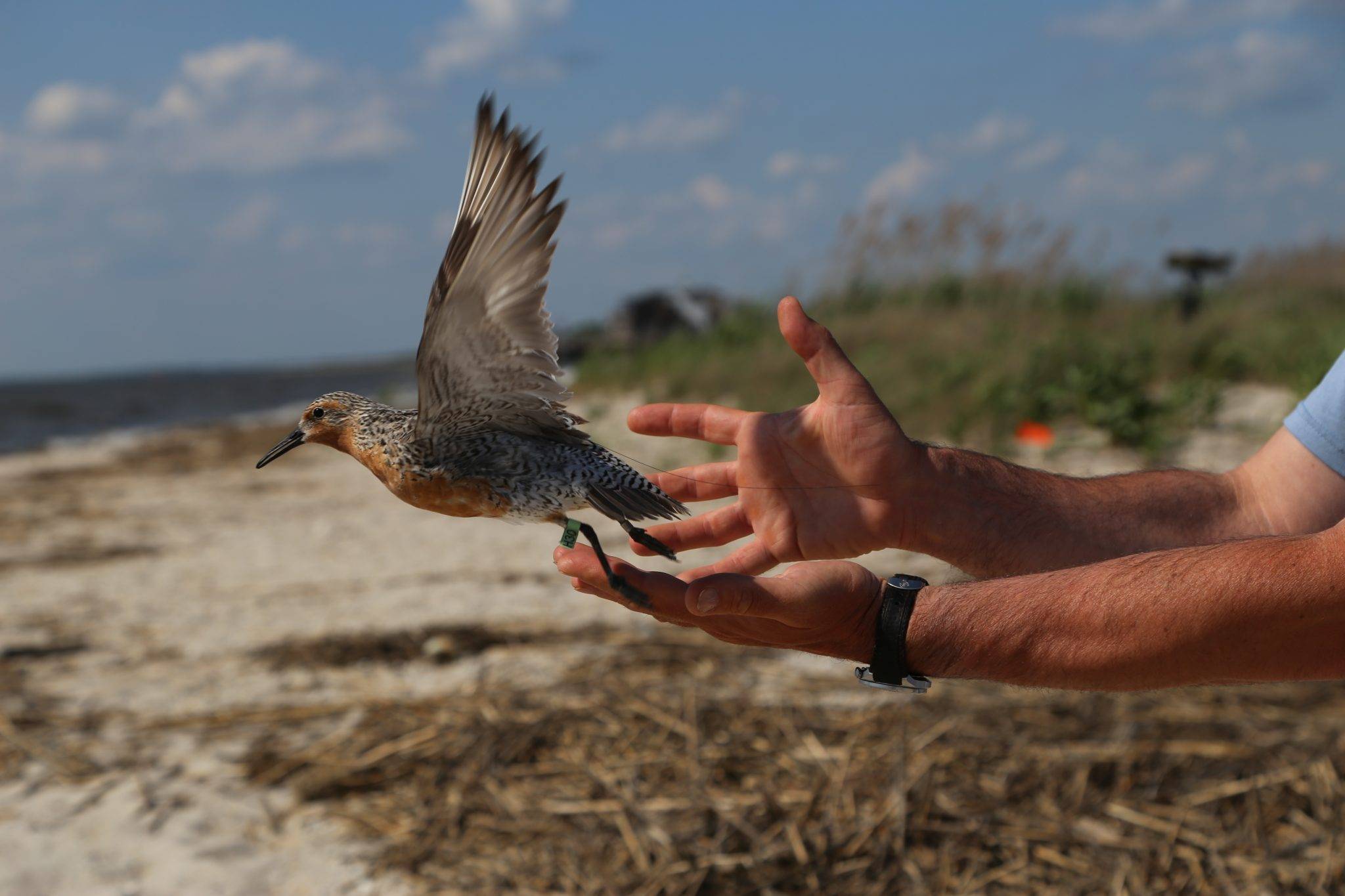 racking birds more in-depth than ever before, researchers gain valuable insights that may lead to increased conservation efforts.
By Stuart Mackenzie
By Stuart Mackenzie of Bird Studies Canada
Declining bird populations signal biodiversity loss and ecological instability, and studying birds is an excellent way for us to assess broader environmental health. A third of North America’s bird species (one in eight bird species, globally) are at risk. Particularly alarming are sharp declines in many species that were formerly common and widespread. Better knowledge of how animals interact with landscapes throughout their entire life cycle will help us understand and reverse population declines in birds and other wildlife—and plan conservation action.
One of the greatest advances in wildlife ecology over the last decade has been the increased ability to track even the smallest animals over vast distances using a variety of technologies, providing insights into the threats that animals face, as well as their extraordinary feats. For radio telemetry, simple transmitters are attached to the animals, and the emitted signals are detected by handheld or automated receivers. In recent decades, the automation of receivers, the miniaturization and digitization of tag signatures, and the coordination of monitoring efforts have allowed researchers to track larger numbers of individuals on a broader scale.
Motus is Latin for “movement.” The Motus Wildlife Tracking System is an international collaborative research network that uses automated radio telemetry to study movements of small animals. Motus is a program of Bird Studies Canada, in partnership with Acadia University and collaborating researchers and organizations.
Researchers using Motus deploy transmitters that can weigh as little as 0.2 grams (0.007 ounces). Each transmitter emits a unique pulse every five to 30 seconds. At distances of up to about 15 km (9.3 miles), automated receivers detect and record these pulses. Tags are unobtrusively fitted onto the backs of bats and birds (including small passerines, such as warblers), and even monarch butterflies and green darner dragonflies. Thousands of tags can be simultaneously tracked within the system, which, as of December 2016, includes more than 350 receiving stations. The stations are strategically located across Eastern Canada and the United States, with recent expansions along the Gulf of Mexico and Central America. Small nodes are also active throughout the Arctic and subarctic regions, in the lower mainland of British Columbia, and in Europe.
Over the past couple of years, research using Motus has been comprehensive and diverse. More than 120 research projects have tracked over 9,000 individuals of 87 species across 11 avian orders (including water birds, songbirds, shorebirds and raptors) comprising 25 avian families. Motus users have also tracked nine bat species and two families of large insects.
Some of the most ambitious work has tracked migratory shorebirds between Arctic breeding grounds, subarctic and temperate staging areas, and wintering sites on the U.S. eastern seaboard and beyond. Since 2013, more than 3,000 shorebirds have been tagged, and their movements and behaviours tracked in detail. Research has focused on semipalmated and white-rumped sandpipers, red knots, sanderlings and dunlins. On James Bay in northern Ontario, the Bay of Fundy in Atlantic Canada, and Delaware Bay in New Jersey, these individuals are providing new information about important habitats for migratory shorebirds, and critical knowledge about their ecology to guide conservation efforts. Steps are underway to establish the western James Bay coast as a site in the Western Hemisphere Shorebird Reserve Network. 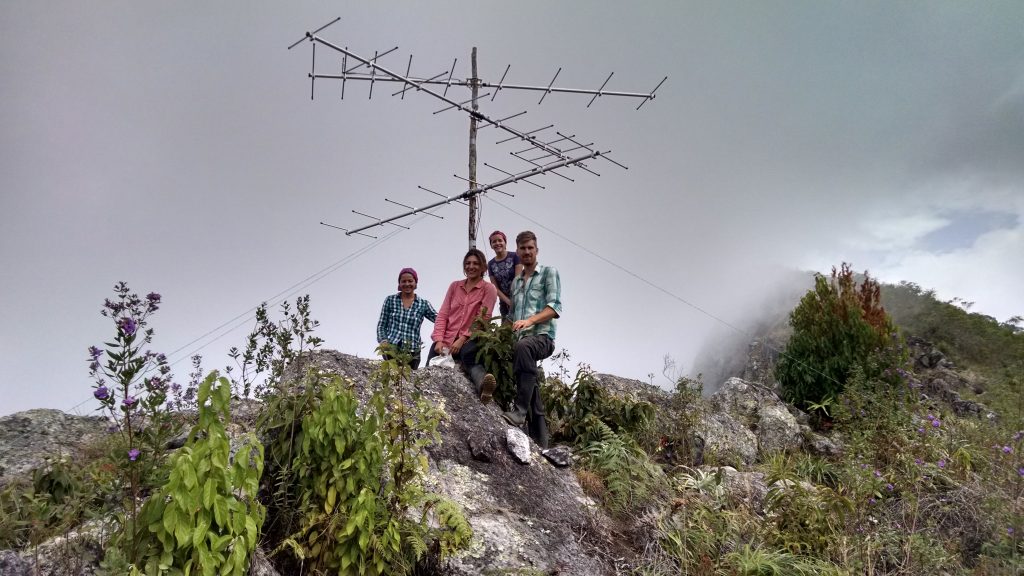 Researchers in the Andes of Colombia setting up a Motus station to monitor overwintering Canada Warblers and Swainson’s Thrushes.

Other Motus research partners are investigating the overwintering ecology of migratory Canada warblers, Swainson’s thrushes, and gray-cheeked thrushes in Colombia. These birds primarily overwinter in South America and migrate annually to northern North America to breed. Winter habitat fragmentation and loss are considered primary threats to their survival. Over the past two years, a research team from Colombia and Canada has studied the local movements and behaviour of these species, and tracked northern migration across the Gulf of Mexico and Caribbean to Canada. Some documented journeys were as far as 6,000 km (3,728 miles)!
The amount of information being collected through Motus is truly astounding. Organizing and managing the data, as well as making findings readily available to researchers and the public, requires great effort and resources. Bird Studies Canada, in collaboration with Western University, Acadia University and the University of Guelph, has received critical support from the Canada Foundation for Innovation, and recent support for research software development through Canarie.
Through cooperative application of this technology, researchers can drastically expand the scale and scope of their work, and also maximize the impact of resources. Current research is providing valuable insights into migratory species’ ecology, behaviour, physiology, movements and habitat use, leading to more focused research and conservation efforts. Given the rapid progress to date and the flexibility of the system for both expansion and linkages with other automated or airborne tracking systems, Bird Studies Canada believes that Motus is well positioned to play an important role in solving some of the world’s most complex problems in movement ecology.
For more info about Motus and to view sample animations from projects, visit motus.org/data/viewtracks.jsp. 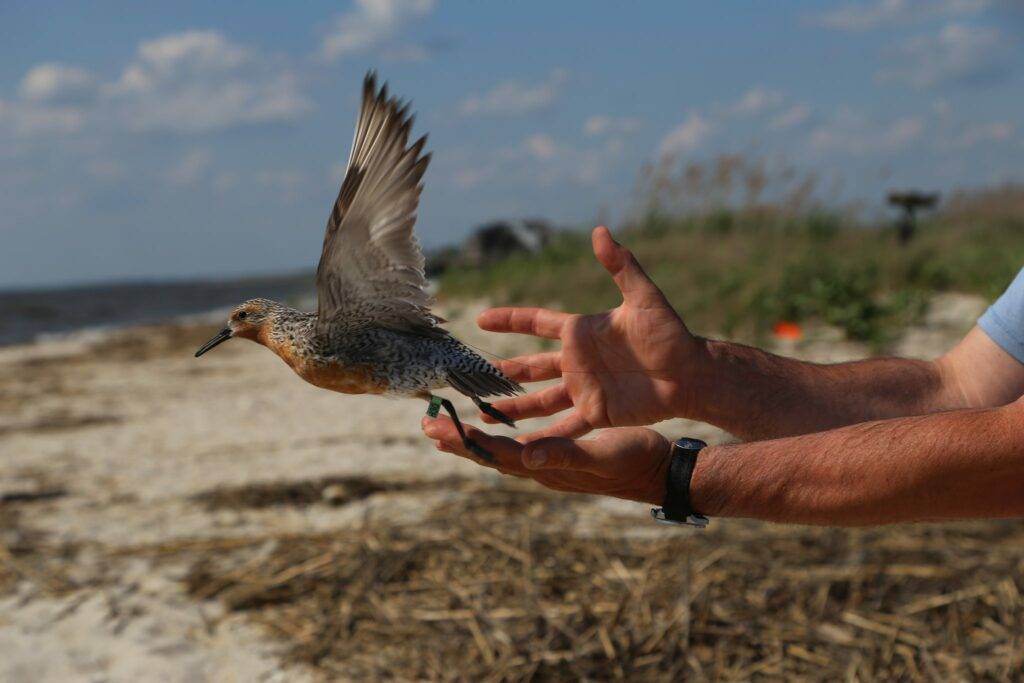 Rising From the Dead: Giving New Life to Old Species