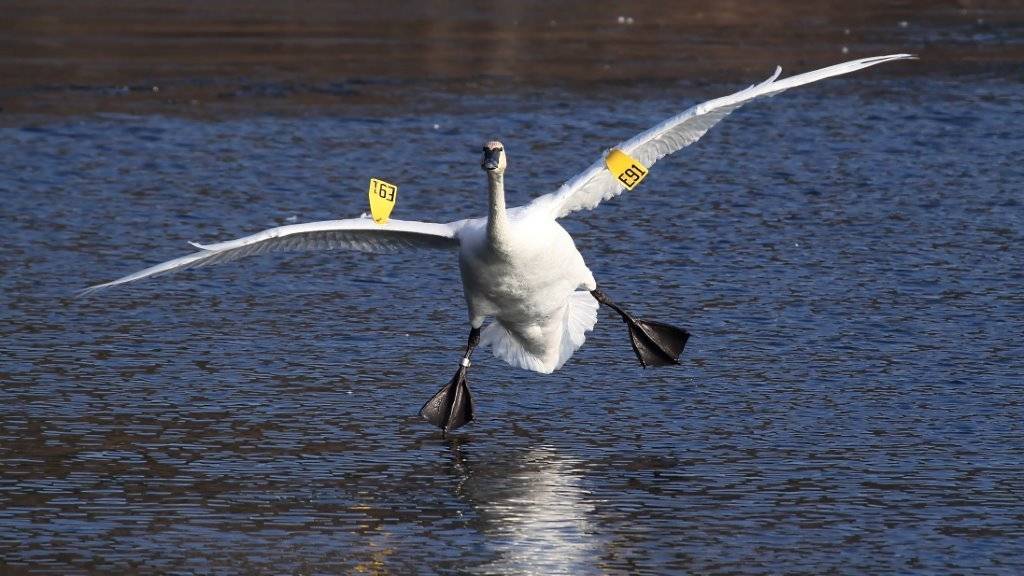 Rising From the Dead: Giving New Life to Old Species

In addition to the wolves thriving and reproducing in Yellowstone, the park’s flora and fauna in general also seems to be seeing improvements since the wolves were reintroduced.
By Dilia Narduzzi

The Labrador Duck was last seen on the East Coast of Canada and the United States in the late 1800s. The Passenger Pigeon, once abundant in North America, has been extinct since the early 1900s. The Woodland Caribou, once ranging across Canada, is currently listed on Canada’s Species At Risk Act as endangered, largely due to human development that has pushed their range further and further north. A number of species that once lived on Canadian soil are now either extinct or threatened with extinction.

The history of humans hunting wild predators, as well as human engagement in acts that facilitate habitat loss for mammals, birds, fish, and amphibians – like deforestation or urban development – have eliminated many species altogether or have led to the extirpation of certain species. Extirpation is the local extinction of a species, when a species can be deemed extinct in a certain geographical region, but is not extinct globally. In these cases, when extirpated animals still exist somewhere, they have sometimes been successfully bred in captivity and reintroduced into their past breeding grounds, winter locations, or habitats, with the aim of re-establishing them. While there are several examples of the successful reintroduction of a species, probably none have had the same international attention as the reintroduction of the wolf to Yellowstone National Park in the northwestern US.

Animal predators—bears, tigers, wolves, and the like—have been historically viewed with trepidation. Ever wild and free, these animals still strike fear in the hearts of humans. American ecological writer Barbara Kingsolver has written that “bears and wolves are our fairy-tale archenemies, and in these tales we teach our children only, and always, to kill them, rather than to tiptoe past and let them sleep.”

Gray wolves in Yellowstone were no exception. They were seen as predators that needed to be destroyed to ensure the health of other species and organisms in the Park, and, due to hunting, essentially became extinct in the park by the 1940s. But in 1995, in an attempt to right the wrongs of past actions and after working through much red tape, the US Fish and Wildlife Service and Yellowstone staff released thirty-one wolves from Canada—of a different subspecies—into Yellowstone over the course of two years.

The reintroduction was hugely successful. In addition to the wolves thriving and reproducing in Yellowstone, the park’s flora and fauna in general also seems to be seeing improvements since the wolves were reintroduced. Some biologists have thus postulated that the wolves—“apex predators” at the top of the food chain—have had profound positive effects on the region’s ecosystem.

Predators, hunted largely due to human fears or perceived threats to livestock, are not the only of species that have suffered at the hands of humans. Smaller animals and birds have come close to extinction, or have been extirpated in various parts of the country, either directly through being hunted, or more indirectly though the loss of habitat, rapid urbanization, poisoning, or other human-made causes.

Like other near-extinct species, the Eastern Wild Turkey in Ontario and some parts of Quebec and the Black-footed Ferret of Alberta and Saskatchewan were both extirpated from their natural habitats in the early 20th century. The Eastern Wild Turkey “was extirpated from Ontario as a result of hunting and rapid loss of native forest,” says Patrick Hubert, Senior Wildlife Biologist with the Ontario Ministry of Natural Resources. The Black-footed Ferret—once “an integral part of the prairie landscape” according to Michael Fitzsimmons, Acting Field Unit Superintendent at Parks Canada—became locally extinct due to “habitat loss, prairie dog and ground squirrel poisoning [the ferret’s food sources], and drought.”

However both species have made comebacks in recent years due to concerted efforts to re-establish their populations. The Eastern Wild Turkey recovery process started in Ontario before the 1950s, with some unsuccessful attempts using pen-raised wild turkeys, according to Hubert. Efforts in the 1980s were successful when trans-located wild-trapped birds from the United States were used. Since the first birds were released in Ontario in 1984 the “wild turkey populations have stabilized and are fluctuating naturally in areas where they have been established longest. They have continued to increase in number and expand their range naturally in new areas,” says Hubert.

Wild turkeys have turned out to be very adaptable and now the province has “transitioned from the restoration phase to the population management phase of the turkey program,” Hubert says. The once extirpated bird is again fully part of the biodiversity of Ontario and Quebec. In fact, they are now so abundant that limited hunting of them is again allowed during specified times of the year.

The Black-footed Ferret reintroduction is still relatively new; in 2009 the animal was reintroduced to Grasslands National Park in Saskatchewan from ferrets bred in captivity at the Toronto Zoo and with help from experts at the U.S. Fish and Wildlife Service, says Fitzsimmons.

“The initial lot of ferrets introduced in 2009 survived as well as could be expected. There has not been an issue with adaptation by captive-bred ferrets as these ferrets have successfully produced wild-bred young. The issue is the decline in the ferret’s prey base,” says Fitzsimmons.

It is not completely understood why prairie dogs are in such decline—reaching a “historic low in 2013.” Because of this complexity, Fitsimmons says. “The process of reintroducing and having a self-sustaining Black-footed Ferret population in Canada will be long-term.” A successful reintroduction though, would contribute to the greater conservation of the prairies in North America.

The Trumpeter Swan: A Success Story at Risk

A majestic and iconic bird, the Trumpeter Swan was another species hunted to near extinction—“for its feathers, its meat, and even the leather on its feet,” says Liz Benneian of the Trumpeter Swan Coalition in Southern Ontario. “The last Trumpeter in Ontario was shot by a hunter in Long Point in 1886.” The case was similar throughout North America. Numbers fell so low that “at one point in time, it was believed that there were only sixty-nine individual birds left in all of North America,” says Benneian. Then, “a small flock was found in Alaska, which propelled the protection of habitat and the cessation of hunting in the western United States.”

The Trumpeter Swan’s reintroduction to Ontario has been a story in the making for more than 30 years. Today there is a fragile, but steady population of about 1,000 birds in Ontario.

How did this happen? The Trumpeter Swan’s reintroduction success story originated with the Ministry of Natural Resources in the 1980s, but when funding for the project was cut, the biologist working on it—Harry Lumsden—got permission to continue the project after his retirement, says Beverly Kingdon, who worked with Lumsden as a volunteer in the early days, and continues researching and advocating for these birds today.

Lumsden was able to use eggs from the flocks found in the North and hatch them in Ontario. A long multi-year process including creating breeding pairs, getting licenses and permissions to release birds into appropriate summer habitats, and rendering the birds flightless at first so they could establish familiarity with their breeding grounds were just some parts of the reintroduction process.

Early on researchers hoped to train Trumpeters to follow light aircraft, with the hopes of helping the swans establish migration routes. It ended up being unnecessary because two adult Trumpeters and their six cygnets migrated from their summer breeding ground to LaSalle Park in Burlington, Ontario for the winter without any outside assistance. Ontario’s Trumpeters “chose their own winter locations,” says Kingdon. Today, LaSalle Park in Burlington is the winter home to one quarter of Ontario’s Trumpeter population.

LaSalle Park seems to be an ideal location for the Trumpeters because it “has shelter from northerly and easterly winds. It has an abundance of aquatic vegetation, which is what they feed on, ”says Benneian. “It has that vegetation at the right depth, because swans don’t dive to feed like ducks. They just tip their necks. It also has a beach, so they can get out of the water and rest on the beach. The most important thing is that the wave action tends to keep that water open for most of the winter.”

It’s extremely important that the water doesn’t freeze for long periods of time so the swans can access their food, which is currently the case at LaSalle because of the natural wave action.

“There is a proposal currently to expand the marina at LaSalle. The current marina has temporary slips, so they’re taken out of the water at the end of the season, and a temporary breakwater is also removed. So when the swans come in the winter, the harbour’s open just as it would be naturally,” says Benneian. The new proposal seeks to expand and make the slips permanent, but most concerning is the proposal to “build a 400-meter long breakwater that would cover the entire harbour.”

The proposed breakwater would mean that LaSalle’s waters would likely completely freeze for long periods over the winter, leaving no place for the swans to feed, congregate, and live. This would be dire for the small Ontario population and would thwart the 30-year efforts of citizen scientists and volunteers to effectively resurrect the Trumpeters from local extirpation, and possibly complete extinction.

Four Southern Ontario environmental groups have joined together to form the Save Our Trumpeter Swan Coalition, which has asked the Ministry of the Environment for “a higher level of environmental assessment” on the possible marina expansion. Conservation Halton has made the same request.

Benneian encapsulates the struggle to protect the birds: “The key thing to know here is that these are not Burlington’s birds. This is a concern for people all over Ontario because this is a miracle success story. How many times can you bring an animal back from the dead?”*

As the Passenger Pigeon article explains, scientists are now working on the technology to revive certain species—which is potentially good news, but also up for some serious ethical debate. But why let it get to that point for still-existing species? Let’s acknowledge and protect the intrinsic and complex value of all flora and fauna now—even if we do not understand all aspects of our relationships to them—“before,” as Kingsolver puts it, “every kind of life we know arrives at the brink of extinction.”

Writer and editor. I tweet about books, TV, food, and knitting. In another life I did a PhD in English and Cultural Studies.