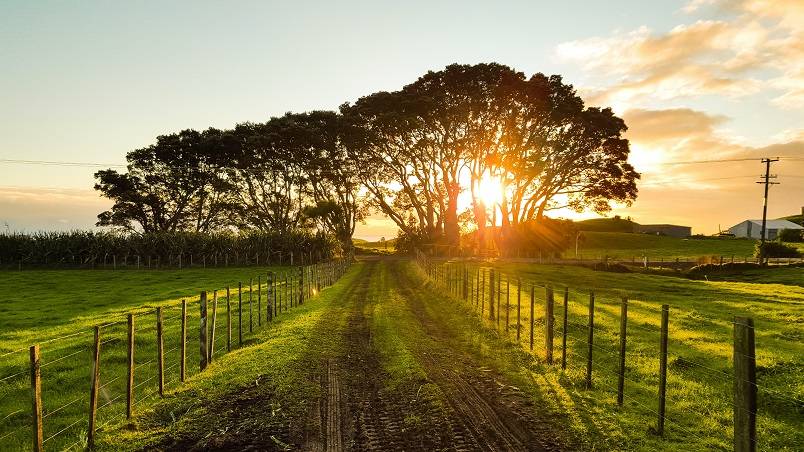 Why a green driveway is environmentally sexy

Who knew that climate change, biodiversity and curb appeal are synonymous?
By Jane Sorensen

I grew up on a farm with a big circular driveway. The farm yard, where everyone parked, was a lot of gravel for my tender feet to navigate, but in front of the house, two tall rows of cedars arched over two wheel paths, with a grassy, mossy strip down the middle. It was there I would play.

Another family we knew took Dallas as the model of country prosperity. When they paved their long farm driveway with a few inches of blacktop, I asked Dad to do the same. “Why would we want that?” he asked. It wouldn’t get muddy in the spring, I’d never throw a stone with the lawnmower, and it’d be great for playing basketball.

He laughed. “How often do you throw a stone anyway? You know not to mow on the driveway. Except when you’re taking shortcuts,” he said. We already had a basketball hoop in the south port of the barn. I realized I was being a little ridiculous, and dropped it. Spring was always over too soon, and if the mud puddles got a little too deep and wide, Dad would spread the gravel again.

Years later, when I bought a home near downtown Montreal, I got a driveway of my own. It was asphalt, and every year, some workman would pass by and quote me a price for repairing the little cracks that the plants grew through. The plants didn’t bother me, but other people suggesting it was unseemly did. Rather than get out the Roundup, I hatched a plan that was its polar opposite.

One reason cities are several degrees hotter than the surrounding countryside is because pavement and buildings absorb, reflect and radiate heat from the sun. Another is because water isn’t retained by the soil and by plants for transpiration, which cools; instead, it’s wicked away and sent by sewer to the nearest river. There are fewer plants and trees to offer shade and the productive absorption of sun and heat, and that means biodiversity only thrives in spots where it’s left alone.

For the people who do have gardens and lawns, they use municipal water to keep it lush. Anyone who goes through a drought period knows what happens then—and down south, the xeriscaping movement corrects the misuse of water by planting arid-tolerant plants.

One study of watershed modelling in the southwestern U.S. suggested that permeable driveways and retention basins, also known as swales, reduce peak flows of rain runoff by 14 and 30 percent respectively. Rainwater captured from roofs has the potential to provide for up to 70 percent of the domestic annual per capita water use, at least in the region of the study. Here, it could offset demand too.

This also means reduced flash floods at the local level. Retaining the water means you can have a greener yard or water the garden less. The increased moisture and greenery means you have a cooler environment.

A home’s driveway is like a welcome mat for the residents, their guests and passersby. Considering all this, I decided to make it a welcome mat for everything. My little single-car driveway could help address these problems—and because I love watching and welcoming wildlife, I could especially focus on the biodiversity part—simply by returning my driveway to its roots. Literally.

Here’s how we did it.

We excavated the asphalt and sent it to recycling. Then, to capture the rainwater from the eavestroughs, we dug a trench from the downspout, across the driveway and under the sidewalk, to a trench in the front yard. We lined the trenches with french drain pipe and gravel, encased in geotextile cloth to prevent dirt and roots from blocking them. Once that was done and more substrate was added to level the driveway (still at a gentle slope), we framed the driveway and the paths where wheels would go. We stabilized the wheel paths by setting cobblestones and pavers in a thin base of cement, not much more than an inch. When it was dry, we filled in the top 4 inches and all other areas with an organic mix of soil. On the side closest to the neighbours, we lay a roll of sod to start the lawn; on the rest of the driveway, we seeded white clover, creeping thyme and grass, and watched over time as the native plants seeded themselves.

As soon as the driveway was done, it was like the whole neighbourhood came by to marvel at the welcome alternative of green space, and I still get lovely comments from passersby about the naturalness of it.

Neighbours on either side have upgraded their asphalt to pavers—still a conventional upgrade, but a step in the right direction—so our row of houses looks nice and well kept. And since my design included water retention, I used Quebec’s Green Renovation tax credit to offset the costs.

Is it muddy in spring? Not really. The city dries out and the seedlings grow fast. Is there any change to how I park? No. How do I deal with it in winter? I shovel only where the car and the people go, and never down to the soil. This means I only use salt on the stairs and sidewalk.

I mow this mix of grass and perennials about three times a year. I start late, as an explosion of violets took up residence above the trenches in the front yard and I can’t bear to mow until the flowers have finished (to be fair, I also planted tulips and crocuses in the yard). I let it “go wild” otherwise, but I do still weed it, because while most native species are beneficial or at least benign, ragweed and burdock are neither pretty nor particularly neighbourly to keep around.

And now that it has been three years, the payoff has dividends: I brought a little slice of country to the city, where I can walk barefoot in the grass. Since I retired my car, I put a Muskoka chair in the corner by the garage door, and there I supervise my rabbits when they have time out. I named it 1 Elation Way. The birds, bees and butterflies that come by to browse might feel the same way.

Jane Sorensen occasionally blogs about urban wildlife and conservation and DIY projects at bigcitylittlehomestead.ca. She loves learning how things work through reading, watching her creative friends’ projects, and doing things hands-on, sometimes writing about it for others. Professionally, she pursues good design and financial efforts to make projects (or processes) graceful, efficient, and sustainable—to ultimately conserve resources and expand green (or blue!) acreage anywhere in the world.

Danielle French’s 3 Ways to Use Lavender