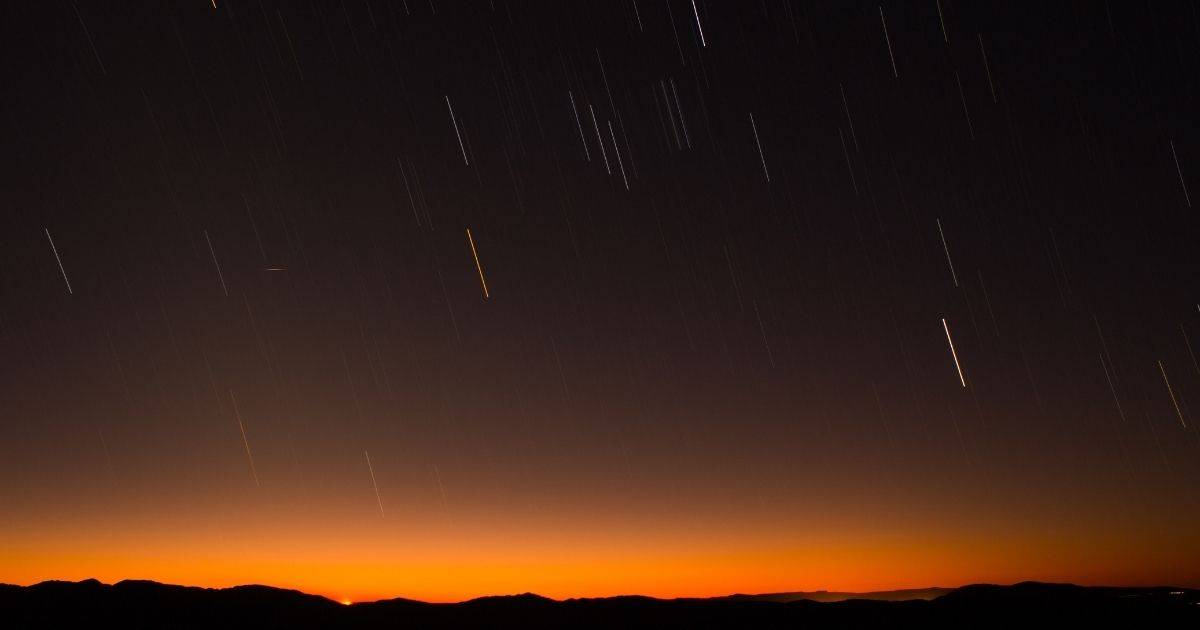 The Perseid meteor shower, which peaks on August 12 and 13, is the focus for many stargazers.
By Robert Dick

The date of August 12 (give or take 2 weeks) can be marked on your calendar when you can hope for clear skies. The Perseid meteor shower, which peaks on August 12 and 13, is the focus for many stargazers. The crescent moon will have set by the time Earth rotates toward the oncoming meteoroids. If you are in a remote suburb or a rural area, your southern horizon will be capped by an immense mottled glow. Assuming you don’t have a city to your south, this will be the region around the centre of our Milky Way Galaxy. Not only is it a broad spectacle, but it is also a landscape with many star clusters and nebulae comfortably placed for viewing with binoculars. Although tracking them down with a star map makes them easy to find, I like just panning through the area and letting the “sky put on the show.”

Meteor showers are best observed after midnight, when our hemisphere is plowing into the meteor stream. Although the duration of the most active portion of the shower is short, some meteor showers can be seen many days on either side of maximum.

There are about a dozen significant meteor showers each year. This is a list of only the three major ones that have different “characters.”

The Quadrantids radiate from an area 20 degrees east of the Big Dipper’s handle. The short duration of the shower is somewhat balanced by the possible bright “fire balls” that are produced. But the just-after full moon on January 2 and 3 will reduce the visibility of the fainter meteors, making this an unfavourable year for the shower.

The Perseids are the premier shower of the year. Its long duration will bridge cloudy nights. The thin crescent moon on August 12 makes 2021 a very good year to observe this shower.

The Geminids will occur with a first-quarter moon that will light up the evening sky and will not set until about 1 a.m. So this will be an unfavourable year for viewing the Geminids, except for the heartiest of observers.