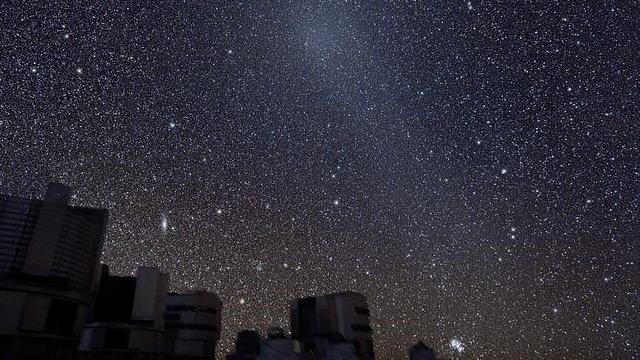 If you have looked up at the night sky from an urban area, you know there is very little to see. The Moon is the brightest beacon and is visible during evening walkabouts for about weeks a month. One or two of the brightest planets may be visible but not very often. Unless you have a place to go that has no bright lighting, you may also see the brightest stars that mark the more prominent constellations.

The Zodiacal light with its mystical reference cannot be seen from urban areas, or even from some rural sites unless the sky is free from the artificial skyglow from neighbouring towns. But once we see it, and understand what it is, the view may leave an impression that will last a lifetime.

We start by explaining what it is, so our explanation of how we can see it will make more sense.

The solar system is composed of our Sun, the major planets, minor plants and dwarf planets. These objects form a path around our sky called the ecliptic. The resulting plane of the ecliptic is tilted with respect to our Earth’s equator, and its projection out onto the celestial sphere (celestial equator) by about 23.4 degrees. The brightness of the planets depends on their apparent size in our sky, their distance from the Sun and the Earth, and the reflectivity of their surfaces.

There are also comets and loose material that comes from their tails, and dust that is left over from formation of the planets over 4-billion years ago, and it is still being released by the collisions between these objects. But these dust particles are very small so their brightness also depends on the number of particles in a volume of space and how well they scatter light.

Most of this is dust is settling down into a thin plane delineated by the orbits of the planets. This creates an expansive cone of faint light, widest and brightest near the Sun, that fades and narrows with distance upward from the horizon. It is always there in the sky, but it is best seen only on early spring evenings and autumn mornings when the sky is at its darkest without moonlight. It extends over 20 degrees from the horizon, so it is best seen with our unaided eyes. Binoculars provide too narrow a field of view.

On spring evenings the plane of the ecliptic and is at a steep angle to the western horizon because it is angled above the celestial equator. This means more of it is high out of the faint twilight along the horizon. For the populated latitudes of Canada it juts up at about 60-degrees (clockwise) form the western horizon. This lets us see it at is maximum contrast with the surrounding sky.

From under a very dark sky the zodiacal band of light may extend across the sky through the constellations of late winter and bridge the winter Milky Way where it might become lost from view.

This year the best time to see the zodiacal light is after 8 pm at during the last week of February and the last half of  March when the moonlight will not interfere. There is another visual treat if you go out at midnight.

Opposite the Sun in our sky, on our meridian at about midnight, is a brightening in the zodiacal band called the Gegenschein or countershine. We can see a similar, though terrestrial, effect when flying in an aeroplane. The clouds or ground around the shadow of the aircraft is much brighter than to the side.

The Zodiacal light can also been seen in the autumn, but observers need to look for it several hours before dawn.

Although subtle and difficult to see, the zodiacal light is visual evidence for the disk-like structure of our solar system, and the extensive interplanetary dust and countless other particles that exist between the planets.

As we orbit the Sun, we sweep up this material, which hits our atmosphere at tens of kilometres per second. At this speed they vaporize leaving bright streaks across our sky we call meteors. So in this case one visual phenomenon creates a second one to entertain us during our evening walkabouts.