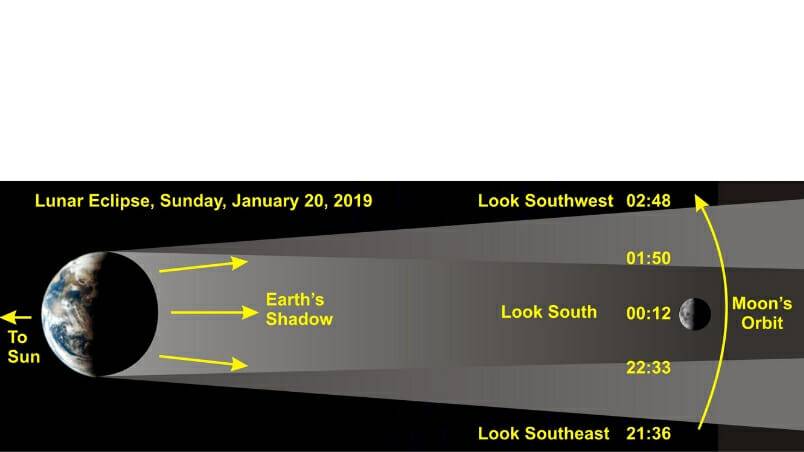 Out-and-About on the Evening of January 20?

There is a lunar eclipse in your future.
By Robert Dick

There is a lunar eclipse in your future. At about 9:30 on the evening of January 20 (Sunday), the Moon begins to enter the Earth’s shadow. But it won’t be until 10:30 pm that this dimming will be “obvious”. The Moon will be the darkest at 00:12 on January 21 and the “obvious” portion of the eclipse will end at 1:50 am on the Monday morning.

Let’s use this event as a “teaching moment”.

We won’t know how dark the Moon will become, but occasionally, it can almost “disappear”. How dark it gets depends on the type of clouds around the limb of the Earth where the Sun is either rising or setiting. If they are thick, then they will block most of the Sun’s light – and the Moon will be dark. However if the skies are clear around the Earth’s limb, then sunlight will be refracted or bent in towards the centre of the shadow – and the Moon will not be so dim.

You will see another phenomena, too. Our clear atmosphere around the Earth’s limb will scatter the blue light in all directions leaving only the reddish light to fill-in the shadow. The Earth’s shadow won’t be grey – it will be reddish! The Moon will be blushing!

This is not a local event. Every person in Canada will be able to see this celestial display. And it isn’t one where “if you blink you’ll miss it”. It will last several hours. So, go for a late Sunday evening walk and occasionally look up to see the eclipse progress as more and more of the Moon “disappears”. 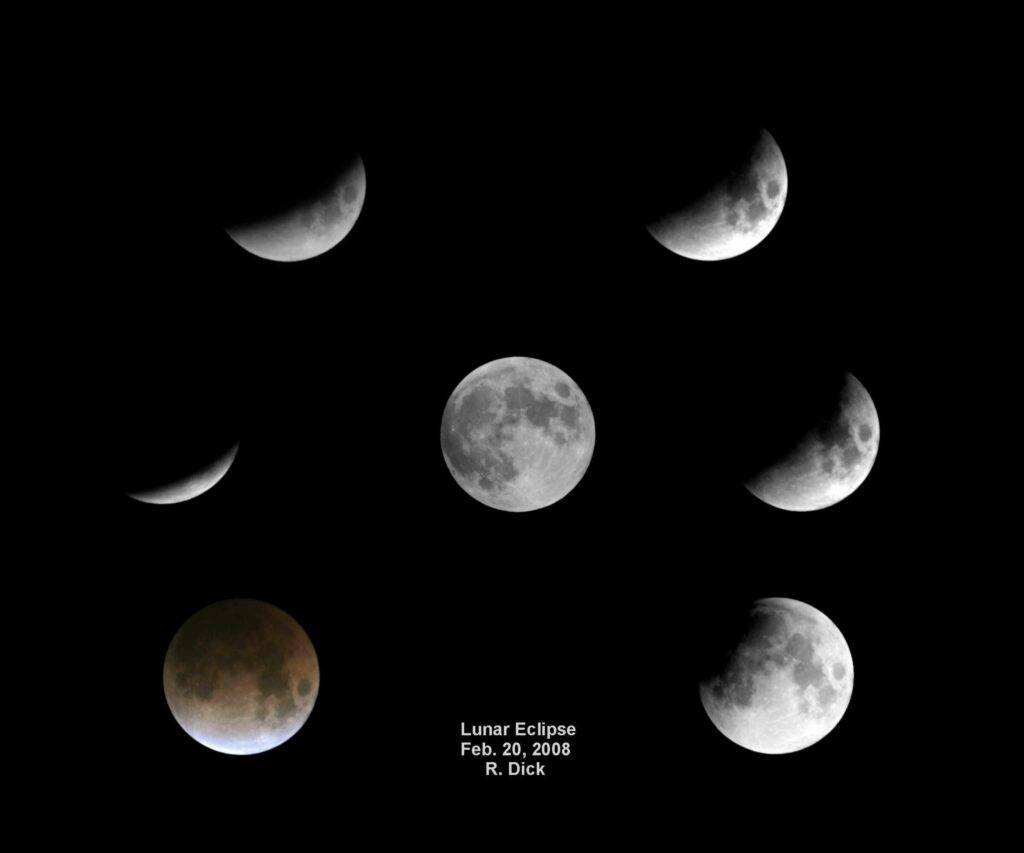 The Moon orbits the Earth, but its path is tilted such that it rarely in front of the Sun in our sky. The shadow of the Earth expands out into space opposite the Sun in our sky. If we could see it, it would be a bit less than 3X the diameter of the Moon at the distance of the Moon. On this night, we will be able to “see” the Earth’s shadow as it is projected onto the surface of the full Moon.