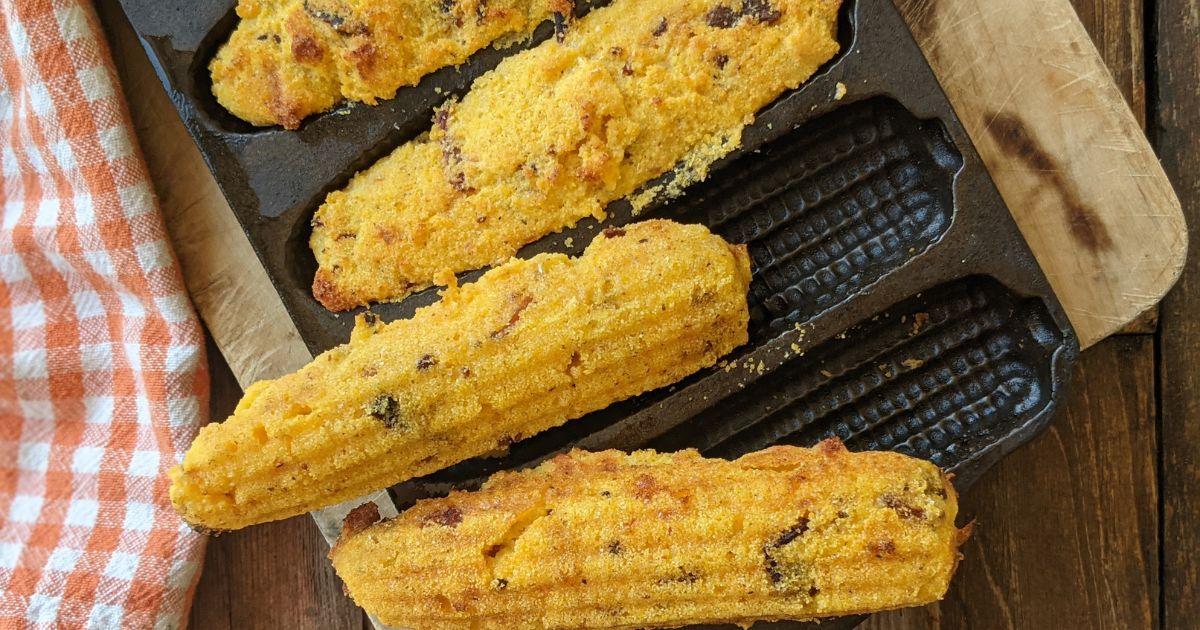 Corn is ubiquitous in the South: corn on the cob, creamed corn, corn succotash, corn pudding, casserole, corn cakes, fritters, grits and, of course, cornbread. While lard is the traditional fat used in Southern-style cornbread, we’ve switched that out for Canadian canola oil, and we’ve added some Canadian maple-smoked bacon and Canadian cheese to bring it up north. Bacon drippings also make for a tasty pan greaser. Make this recipe in a good old cast-iron skillet or muffin tins.

Preheat oven to 400°F. Use some of the oil to grease muffin tins or 9-inch cast-iron skillet well; preheat in the oven.

When baking pans are preheated, remove from oven, tilt the oil around to coat, then carefully pour off the excess oil into the cornbread mixture and stir it in. Add baking powder and mix in well.

Transfer batter to hot tins or skillet. Bake until firm to touch in middle muffin or loaf, about 15 minutes for muffins or about 20 to 25 minutes for loaf. Let cool for 10 minutes before slicing or serving. Don’t be alarmed if cornbread is somewhat dry; it’s meant for sopping up gravy and other yummy, runny stuff!

TIP Cornbread is one of those foods that is at its absolute best fresh from the oven; once it cools, it can become dry and crumbly. But sliced thinly, pan-fried in butter and drizzled with maple syrup, leftover cornbread is a pretty good pancake stand-in.

Dock To prick dough with a fork, making air holes for steam to escape during baking.

Pie Beads Can be ceramic or metal beads made explicitly for the purpose of weighing down pie crust when blind baking, but dry beans work just as well.

Blind Baking Baking an empty pie crust before the filling is added. The pie may go back into the oven to continue baking, or the filling might be unbaked. Blind baking helps keep the bottom crust from going soggy.