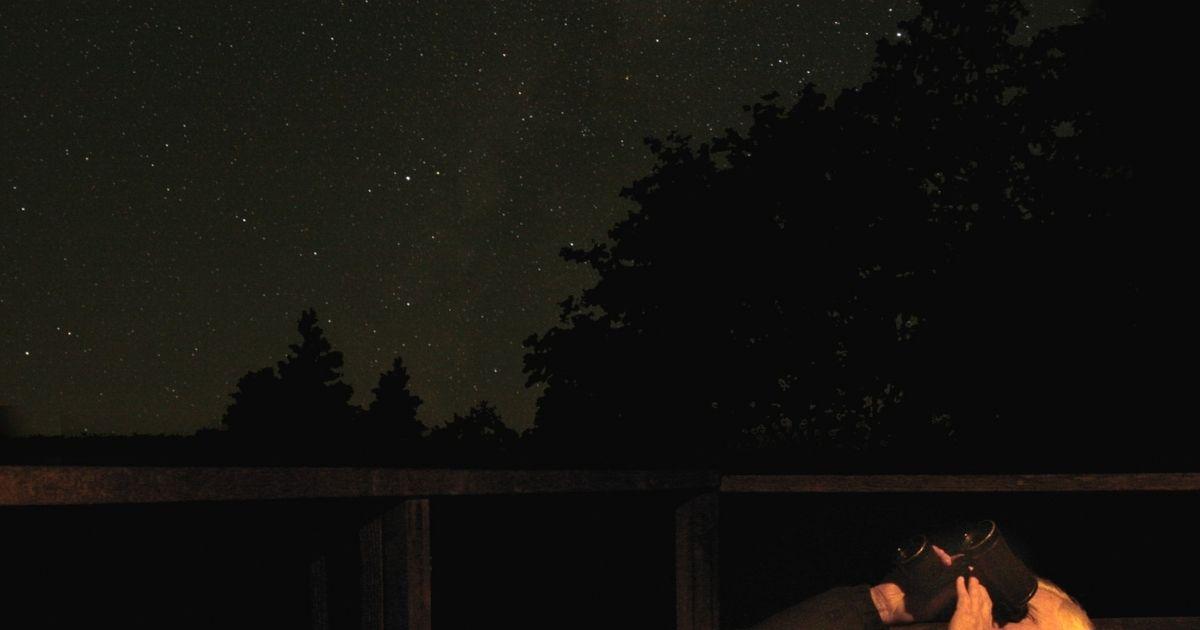 In the wee hours of Friday morning on November 19, the otherwise bring full Moon sky will go dark.
By Robert Dick

In the wee hours of Friday morning on November 19, the otherwise bring full Moon sky will go dark.

For there to be a lunar eclipse, the Moon – Earth – Sun must line up so that the Earth prevents the light from the Sun from falling on the Moon. So the Moon must be “full” if we are to see an eclipse. However, this is not the only condition.

The Moon’s orbit about the Earth is tilted with respect to the Earth’s orbit about the Sun. So most months, the Moon passes above or below the Earth-Sun line. In principle, there should be about two lunar eclipses per year, but since it must be night for us to see one, this reduces the opportunities.

This autumn’s lunar eclipse will have the Moon entering the Earth’s outer shadow at 01:02 EST. If we were standing on the Moon, we would see the brilliant Sun with a slight “nibble” bitten out of it as the Earth obscures some of its surface. The lunar surface will still be well illuminated by the remaining sunlight so the beginning of the eclipse will be very subtle. At 02:19 EST, the Moon begins to enter into the dark portion of the Earth’s shadow and we will begin to see a darkening on the north-east  (top) limb. If we were on the Moon at that point the last of the Sun would be disappearing behind the Earth.

The middle of the eclipse will be at 04:03 EST. We can’t predict how dark the eclipsed Moon will appear because it depends on how much light is able to refract through our atmosphere around the Earth’s limb. If the Earth is cloudy – it could be so dark that the Moon almost disappears. Otherwise you will see a dim version of the full Moon located below the Pleiades and Hyades star clusters.

The Moon continues in its orbit and will slowly drift out of the Earth’s dark shadow by 05:47 EST as the morning sky brightens before sunrise with the end of the eclipse at 7:04 EST. For those observing east of Ottawa, the times will be later and the eclipse will be overwhelmed by sunrise before it ends. Western observers will be able to see the whole show.

Unlike many other activities you could choose to enjoy, stargazing requires us to lose some sleep at night. However, seeing the celestial dance of planets and Moons can have a profound effect on the observer. It is humbling yet comforting to see these wonders act out above us as we go about our (perhaps more mundane) activities.