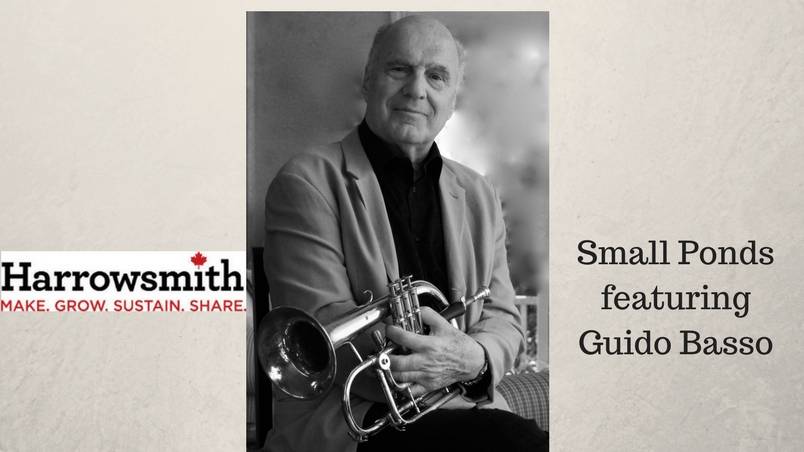 Your name? Guido Basso. Home (or adopted) town? Near Consecon, Prince Edward County, Ontario. Population? It’s a small town. Years in residence? 32. Local school attended? Not so local. My schooling was in Montreal (a long time ago). Local jobs held?  The Picton Jazz Festival, held once a year in August. I appear as one of the many visiting jazz artists […]
By The Harrowsmith Team

Local school attended? Not so local. My schooling was in Montreal (a long time ago).

Local jobs held?  The Picton Jazz Festival, held once a year in August. I appear as one of the many visiting jazz artists and am the artist in residence.

Favourite hangout?  The wineries in The County, and the delicious restaurants.

Nicest road for a hike/bike/drive?  Any County road is beautiful.

Your town’s claim to fame (before you)?  Prince Edward County’s former canning factories.

Why do/did you like living there? Or what do you like about this small town compared with other places you have lived?

Why do we live here? The beauty, the peacefulness, the pastoral life, the people, the friends and neighbours. It’s easy access to Brighton, Trenton, Belleville and Picton.

Come visit The County to see it for yourselves. We are lucky people and very grateful.

Guido Basso started playing trumpet at age nine—and refuses to stop! He was made a member of the Order of Canada for his achievements in the industry. From 1963–1967, he was the music director of CBLT, the flagship TV station of the English-language service of CBC, located in Toronto. He is an accomplished trumpeter, flugelhornist, harmonica player, arranger, composer and conductor. He has two Juno Awards on his mantle for Traditional Jazz Album of the Year for Turn Out the Stars (2003) and Lost in the Stars(2004).