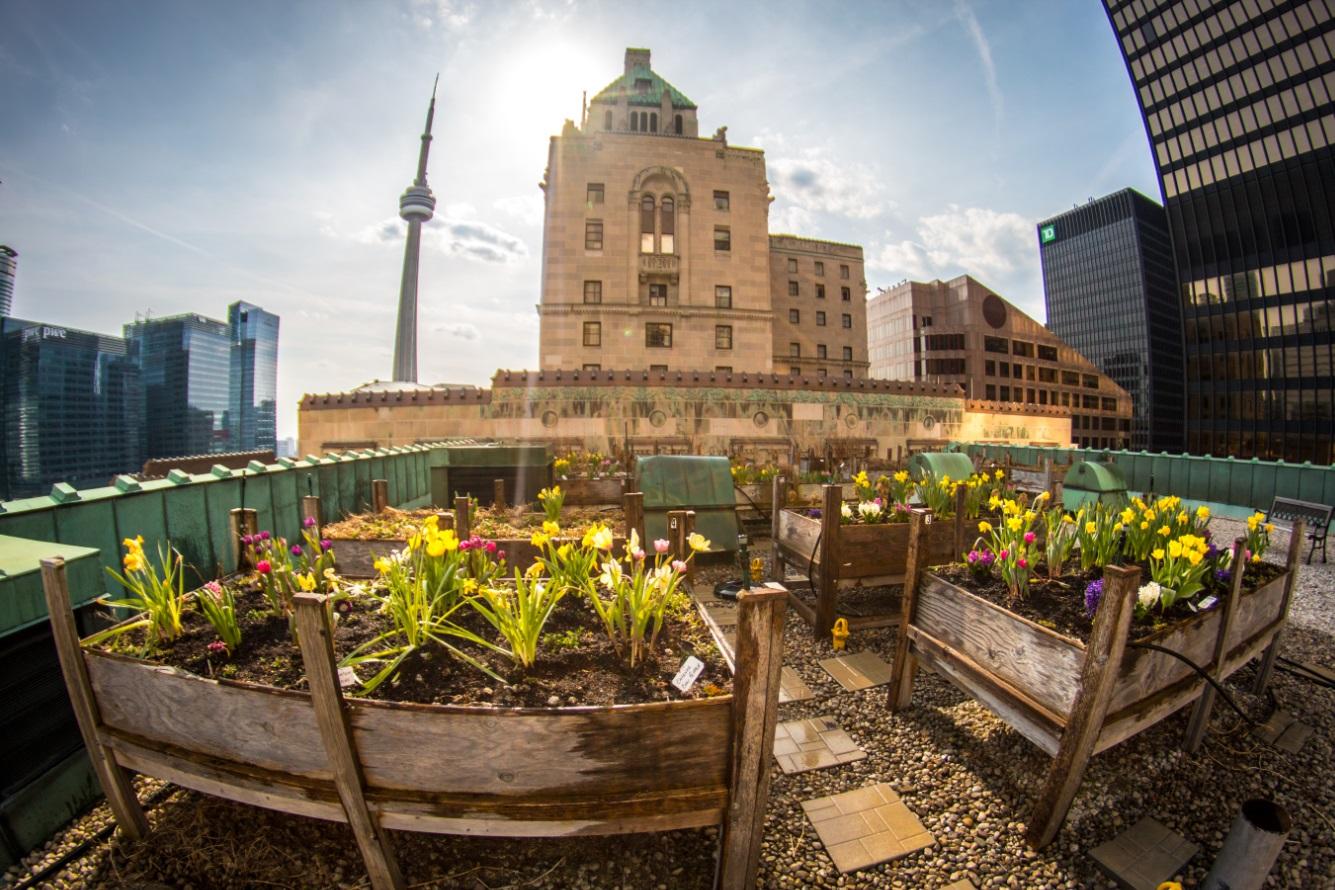 Visiting a farm no longer constitutes a meandering drive down country roads, air infused with manure. The face of farming is ever changing and popping up unexpectedly in city centres, where horns are heard more than bird sound. High-rise farming initiatives are making fresh produce and community involvement even more accessible. Michelle Catherine Nelson introduced […]
By Jules Torti 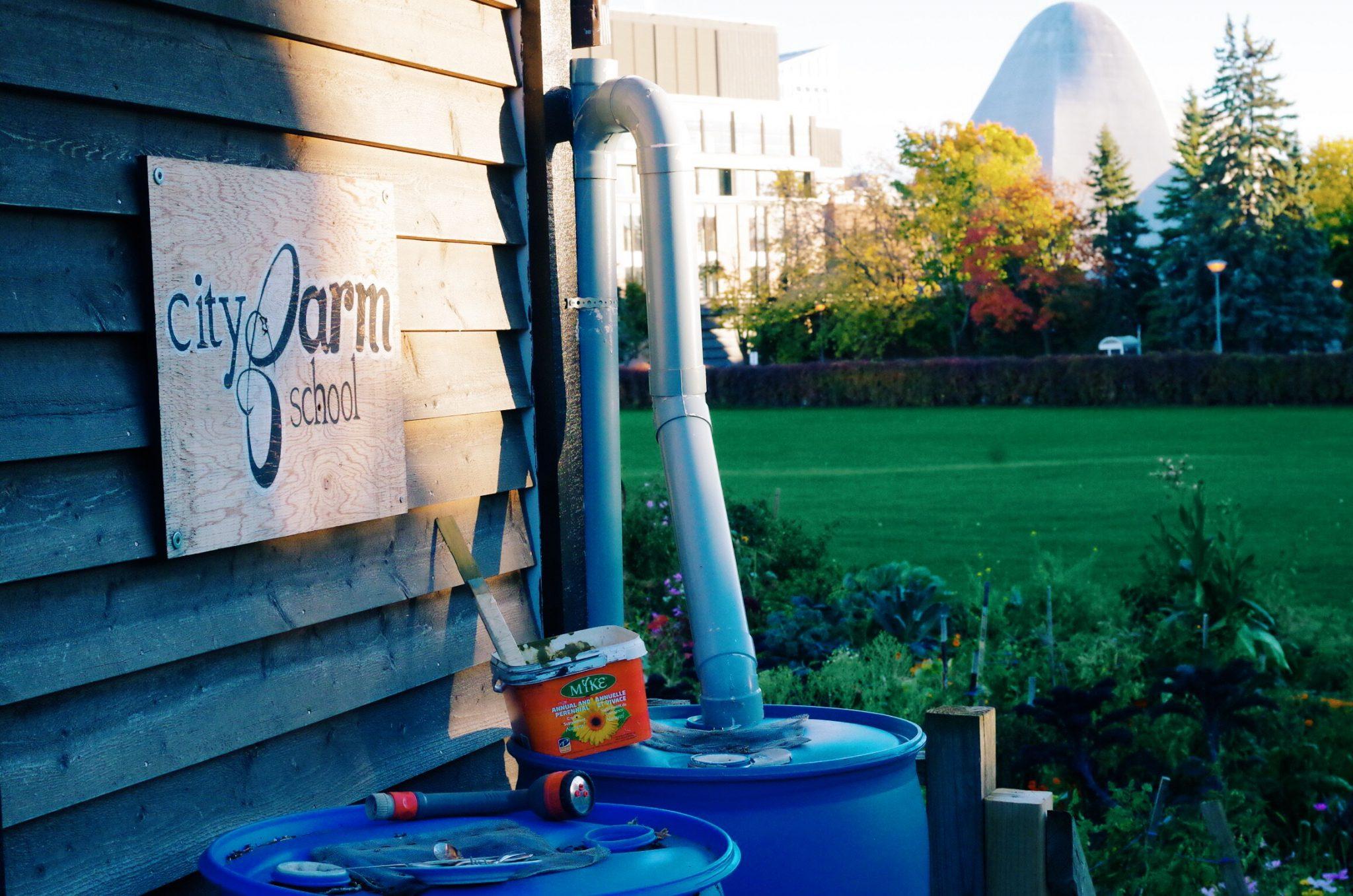 Visiting a farm no longer constitutes a meandering drive down country roads, air infused with manure. The face of farming is ever changing and popping up unexpectedly in city centres, where horns are heard more than bird sound.

High-rise farming initiatives are making fresh produce and community involvement even more accessible. Michelle Catherine Nelson introduced the concept of urban homesteading in 2015, with her matter-of-fact and seductively photographed The Urban Homesteading Cookbook: Forage, Farm, Ferment and Feast for a Better World. She easily proved that you don’t even need land—or a balcony, for that matter—to grow food: even a broom closet can double as a microbrewery.

Hotel chains like the Fairmont brand were quick to make use of viable vertical space years ago. Toronto’s historic Fairmont Royal York Hotel, for instance, was a pioneer in rooftop gardening and gained a dedicated clientele when it embraced bees, too. The hotel’s rooftop apiary is among legions of hotels worldwide that are sensitive to consumer demands, honeybee needs and the unlimited opportunity of growing…up.

Here, we dig into the green initiatives of Concordia University, the Fairmont Royal York Hotel and the Halifax Central Library, to get the scoop on what’s growing on rooftops across the country. 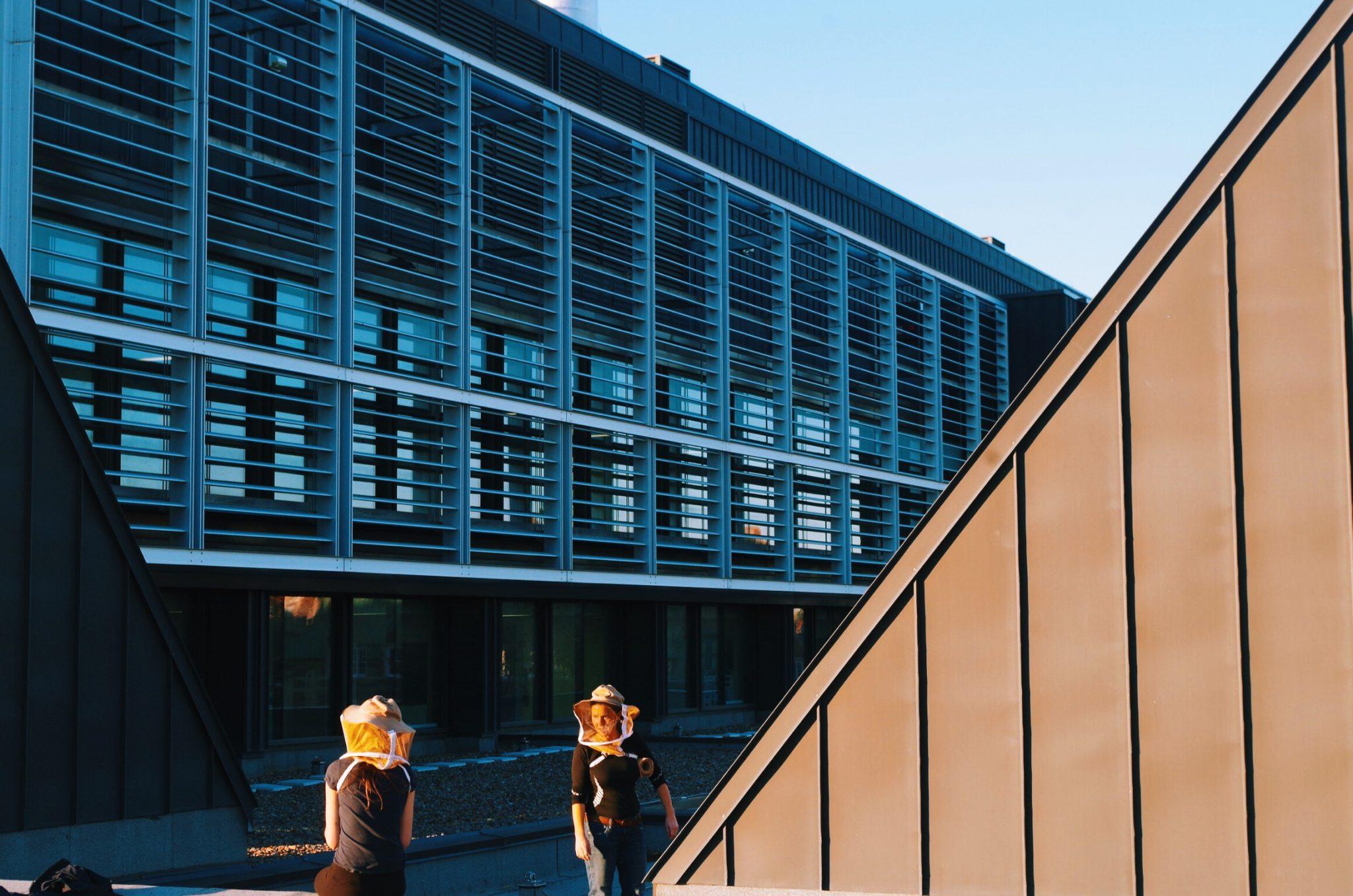 On Concordia University’s Loyola campus, the general public can access the student-run greenhouse. The goal? To provide year-round organics for the Concordia community. The collectively run non-profit is deeply rooted in sustainability and hosts workshops and events that rely entirely on experiential learning and social economy. Sprouting and mushroom kits for balcony farmers are sold in addition to jars of City Farm School honey.

Students are able to see, experience and participate in the food they consume. The Loyola Greenhouse is a three-storey building with two floors dedicated to food production that is later sold at student-run campus food outlets. The produce is both financially affordable and accessible to students prone to the ease of fast-food alternatives. The Hive Café Co-op (a solidarity co-operative of users, workers and community members) refuses to deal with environmentally exploitive suppliers and buys only compostable disposable items. Vegan and nut-free lunches have been available every weekday since the Hive’s inception in fall 2014.

With two convenient locations, the Hive integrates urban agriculture into the curriculum, and its decadent lunches have established a solid and palatable connection to the farm-to-plate trend for many students.

The Concordia Greenhouse hosts an annual Epic Seedling Sale in May, offering heirloom vegetable, herb and flower seeds, all produced in the greenhouse by City Farm School interns. In 2017, the greenhouse is offering a microgreen community-supported agriculture (CSA) program. For $78, members are provided with 13 weeks of microgreens. The weekly 200-gram (seven ounce) bag of sprouts are a mix of pea shoots, mustard, radish and sunflower, or straight-up sunflower.

In the House Plant Propagation Project, students and community members navigate plant care, from cuttings to root division, pruning to repotting. There’s also an intro to growing edible species indoors. At the City Farm School, education is facilitated through an experience-based model, and food sovereignty and urban agriculture fundamentals are the living textbooks. Students can learn how to grow their own pharmacy, get the lowdown on pest management, and get the dirt on permaculture and vermicomposting. When was school ever this fun?

The rooftop garden at the Fairmont Royal York Hotel in Toronto.

The stately Fairmont Royal York Hotel in Toronto has a high-rise herbarium 18 stories up. In 2008, the hotel opened the Honey Moon Suite, The Royal Sweet and The V.I.Bee Suite, three new beehives on the 14th-floor, 4,000-square-foot rooftop. Fairmont was the first luxury hotel brand (and the first of any hotel worldwide) to introduce honeybee hives on its rooftops and other on-site locations. The company now has more than 40 apiaries and wild bee hotels on properties around the world, from Kenya to China, a direct link to the success of its well-pollinated herb and vegetable gardens.

Since 1998, chefs at the Royal York have been foraging the 17 beds and 23 planters of chocolate mint, cayenne peppers, Italian red kidney beans and arctic berries. There are also two pear trees, five cherry trees and a green apple tree to tart up the hotel’s seriously local menu. So if your entrée is taking a while, maybe the chef is stuck on the elevator after plucking some lemon balm in the rooftop garden!

In 2014, bee hotels were introduced to allow rest stops for wild mason bees. Habitat loss is a major contributor to the bees’ decline—and because wild bees are three times more effective at pollinating, they are a food chain heavyweight.

The bee hotels differ from the Royal York’s posh indoor suites with their LCD screens, minibars, Wi-Fi and pillow-top beds, and are often fashioned out of sticks or logs drilled with 1 cm (0.4 inch) holes for nesting purposes.

In fall 2011, the hotel harvested a record 363 kg (800 pounds) of honey from six of its hives in partnership with both Toronto Beekeepers Co-operative and FoodShare. Now, that’s sweet!

What to check out at the Halifax Central Library 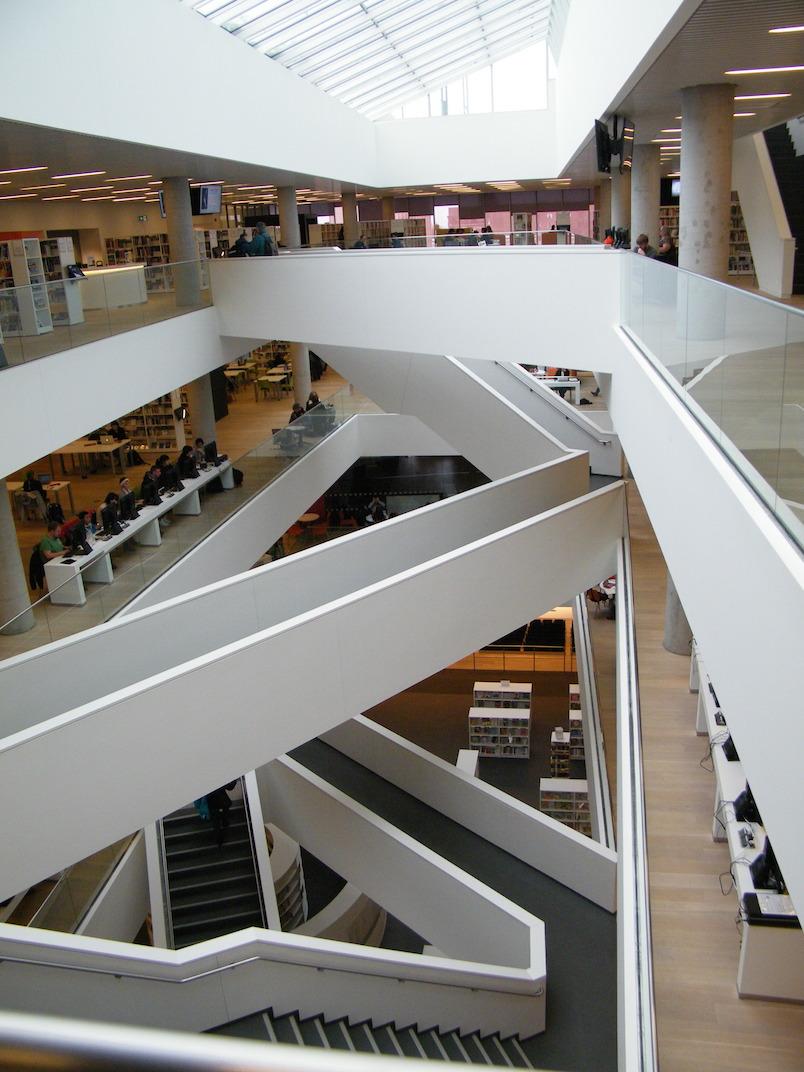 The innovation of the $55-million Halifax Central Library is a genuine jaw dropper. The connection to the outdoors is immediate, with direct views from over 90 percent of the building’s interior. That is, if you lift your eyes from your book, which is mandatory here. It’s no surprise that when the library opened in 2014, the design landed the Lieutenant Governor’s Design Award in Architecture for its contemporary style.

Though the library lacks a pond, rainwater is harvested for use in the flush fixtures. The plants used in the landscaping and green roof don’t require irrigation, as rainwater sustains the roof. The library uses an impressive 64 percent less water than other buildings.

While the green roof and terrace beckon, daylight beams in through the fifth-floor cantilevered partition, reducing the need for artificial light inside. And whatever happened to that sticky, stuffy rule about “No food or drink in the library”? Here, at Pavia Gallery Espresso Bar & Café (also on the fifth floor), you can grab an Italian microroastery espresso or maybe a cup of sweet potato soup or a baked-in-house gingerbread cupcake slathered with cream cheese.

Tuck some inspiring books under your arm and enjoy the precious bird’s-eye-view real estate. Reading is optional.

So, isn’t it time you raised the roof? Or maybe it’s time for you to grow…up? 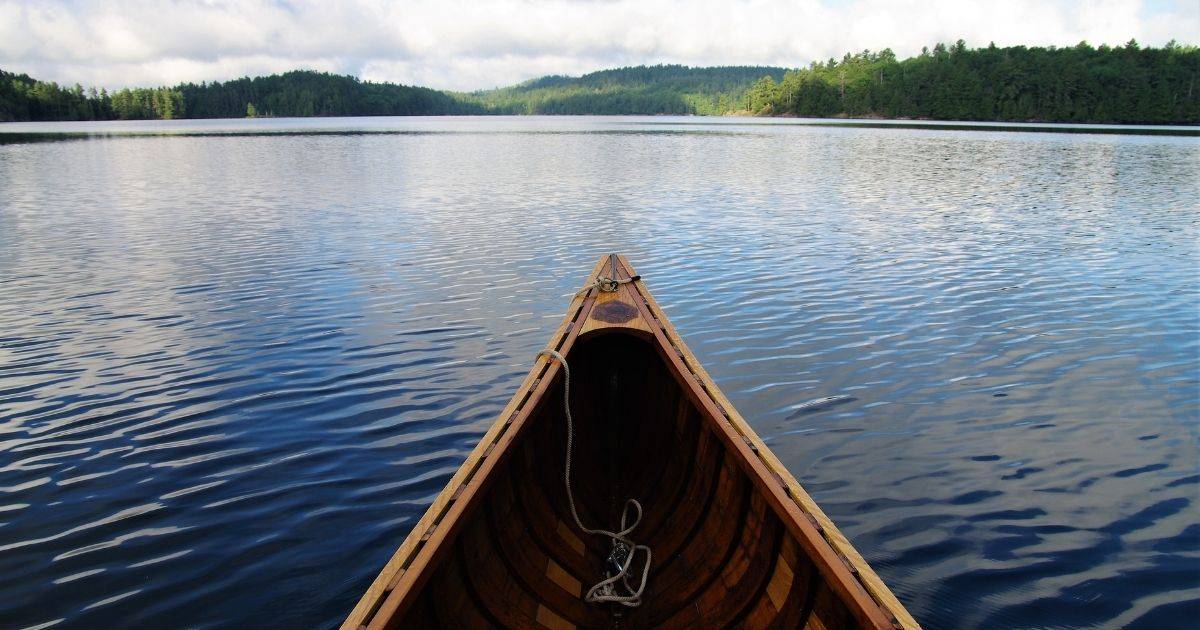 All in One Day! 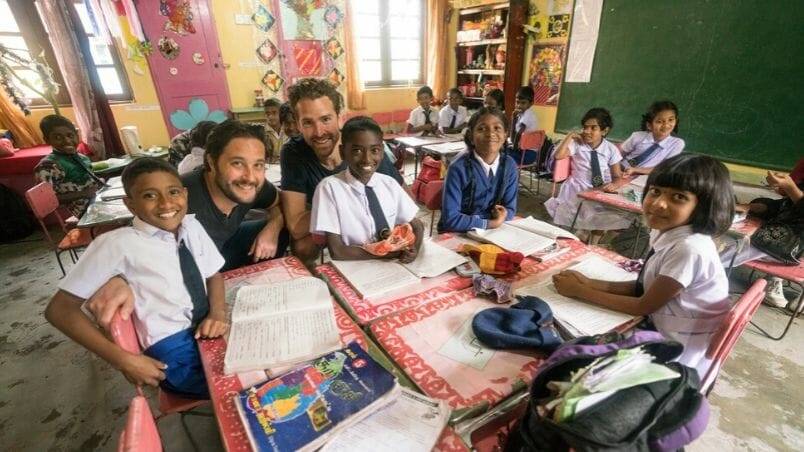 The Earth Group is a Certified B Corporation that supports the United Nations World Food Programme (WFP) through donations that provide school meals, drinking water and education to children in the most troubled areas of our world. To date, The Earth Group has helped... 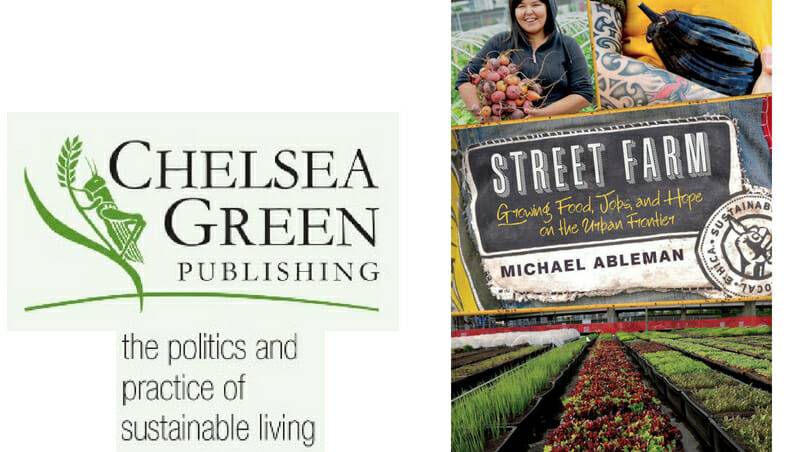