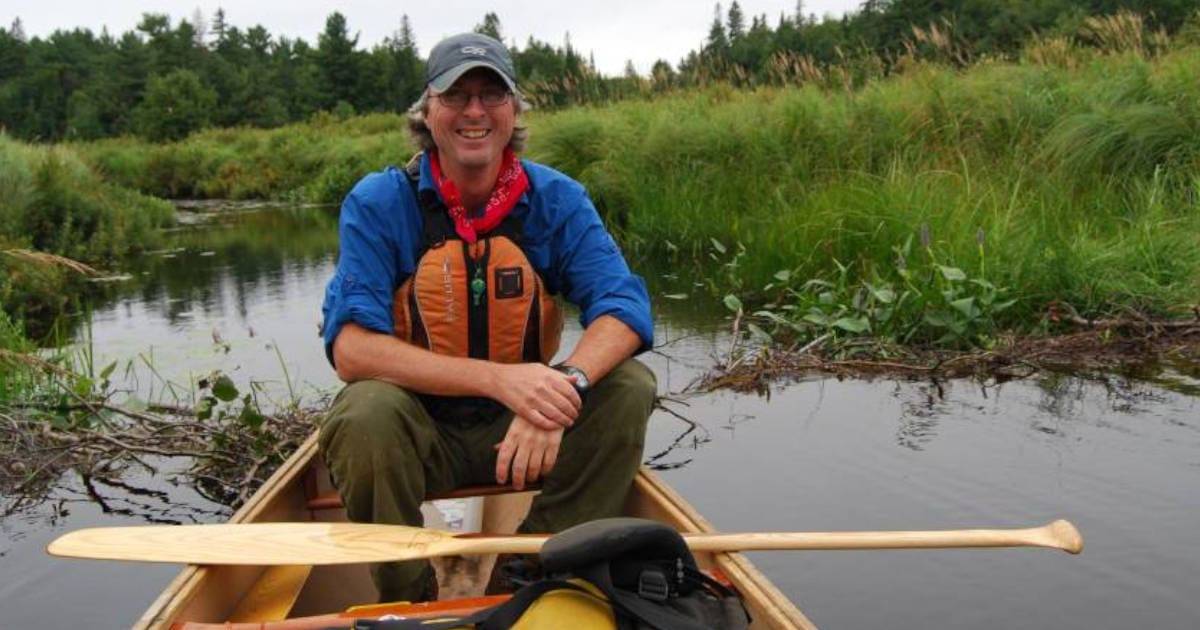 Born in Milton, Ontario, Kevin shares his love of his hometown, his youth, and his love for his family.
By The Harrowsmith Team

Years in residence: Until I was in my mid-twenties – and realized how silly a mullet really was and how big the town was about to become.

Where do you live now? Peterborough, the birthplace of the modern day canoe.

Pastimes there: Riding my broken-down bike up the Niagara Escarpment to fish my secret trout streams.

Favourite hangouts: The creek behind the local millpond. My friends and I would gather under the train track bridge, and spend hours catching frogs, minnows and crayfish.

Best French fries: The ones my mom would make for my buddies and I after returning from a day down at the creek behind the millpond.

Best date spot: Lover’s Lookout up at Rattlesnake Point. Never saw a rattlesnake there – and never got past first-base either.

Your town’s claim to fame? Besides being the hometown of astronaut Chris Hadfield (my sisters went to high school with him) Milton’s notoriety is being the fastest growing community that neighbours the City of Toronto – or what’s titled the “Golden Horseshoe.” In 2001 it got the go ahead for more development and the population increased by over 80% in under five years! Needless to say, it’s not the same place I grew up in.

What part of this place do you wish you could bring with you on the road? Just the memories of growing up there, when there were still trout streams to bike to and woodlots to camp out in. Now there are just rows and rows of housing developments and drainage ditches. It’s unfortunate for the kids growing up there now. Not sure what “parts” of the town they’d bring on the road with them now.

Last time you were home? My family celebrated my mother’s 80th. Birthday party this spring and we rented out the old downtown Charles Hotel. It hadn’t changed much. The bartender even recognized me and we reminisced how my dad taught me to drink there. It sure beat going to one of the many newer chain restaurants where the staff would have put a silly hat on my mom and bellowed out the happy birthday tune. At the Charles everyone gathered with a pint and sang a compilation of Irish and Scottish folk songs.

Your local mentor?  Sister Francis, one of my teachers at Holy Rosary. She was the first Nun in our school to wear the short skirt uniform. All the other nuns, especially the principle Sister Alexander, thought she was a bohemian rebel. I thought she was an amazing person.

How has this place contributed to your career? It not only spawned my interest in the outdoors but it has now made me realize how much we still need trout streams and woodlots. Growing up in what was once a small town, surrounded by nature, and watching it dwindle away to nothing but shopping malls and houses that all look the same, reminds me that I chose the right career path. We need outdoor writers more then ever.

What else do you want people to know about this place? Last year I was honoured by having a plaque with my name on it placed in the entrance to the town hall. The initiative is titled “The Walk of Fame.” I was deeply touched by it; not only because some shy kid that used the town’s natural areas to escape to ended up using those moments to mould a career as an outdoor writer and educator, but because there’s so many other locals that shared those memories as well. Imagine, the plaques to the left and right of mine are astronaut Chris Hadfield, and Ernest Coombs (a.k.a. Mr. Dressup).