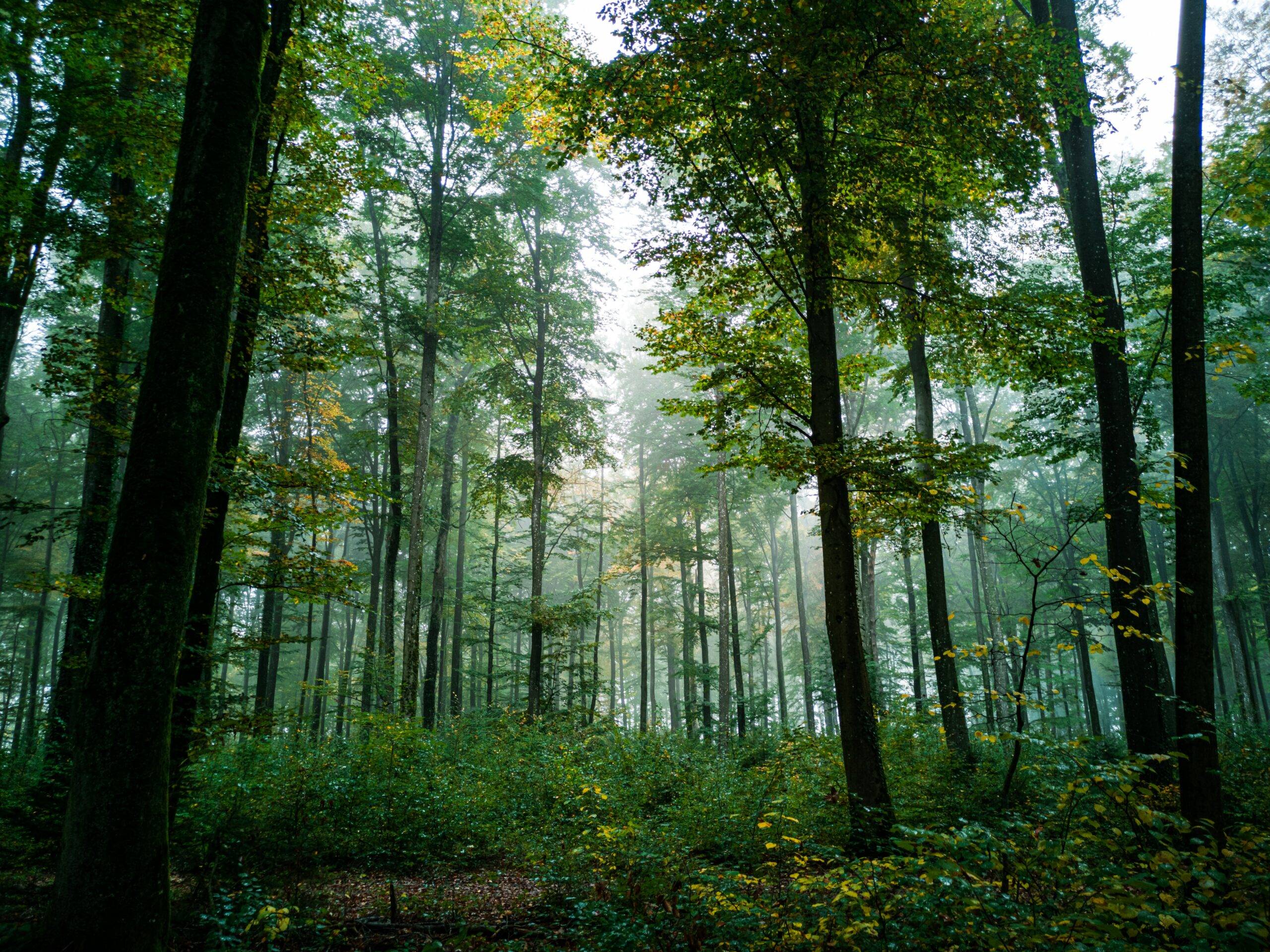 Our Forests Are on the Move

When we think about species migrating, our minds conjure up images of birds flying south or herds of elk moving from their winter ranges to the landscapes that will support them throughout the summer months. Rarely, however, do we think of trees relocating from regions where they have lived for hundreds or thousands of years to ones where they have never before been seen.

And yet trees do migrate. Not as individuals—those are well and truly rooted to the ground—but as communities that respond to inhospitable changes in their environment by migrating to areas more to their liking.

“What’s causing trees to move are natural processes,” says Dan McKenney, head of landscape analysis and applications at the Great Lakes Forestry Centre in Sault Ste. Marie, Ontario. “I don’t know that trees are necessarily thinking that something is happening and that they have to move. But they are trying to stay in their climatic happy zones.”

Those happy zones are shifting due to changes in average temperature, rainfall, insect infestations, disease outbreaks, forest fragmentation, or such extreme events as wildfires, droughts or floods. Even volcanic eruptions have been credited with influencing the migration of trees. Still, it isn’t the existing generation of trees that’s making the trek to more conducive environments. Instead, these communities are relying on their progeny to get them where they want to go.

“Basically, it’s all about their seeds and their seeds’ movements,” says John Pedlar, a forest landscape biologist with the Great Lakes Forestry Centre. “You have some trees that produce very light seeds that get moved around by wind. Others offer a reward for animals, like birds or squirrels, to move them around by paying them back with food.”

Just because seeds are deposited in new locations doesn’t mean they will be able to establish new forests there. Their ability to colonize new territory depends on many factors, including the climatic suitability of the new habitat, competition from other species and even a little luck.

“The dynamics of colonization are a bit complex,” says Joane Elleouet, an ecologist whose work at the University of British Columbia included looking into the mechanisms that allow Sitka spruce to shift its range in response to climate change. “For a single tree to establish itself outside the forest, that’s very difficult. It needs some random success, and that has a low probability. But as soon as you get one or two or three trees established, it’s much easier for other trees to colonize.”

With this in mind, the rate at which tree populations migrate can be surprisingly slow. Most of us are familiar with herbaceous plants moving around in the landscape and know that if you spot an invasive species in your neighbour’s garden this year, you can expect it to be in your garden by next year, and then somewhere down the road by the year after that. Trees migrate at a much slower rate, typically measured in decades, centuries or even millennia. So don’t expect to look out your window next month or even next year and see a whole different mix of trees.

Although the rates of tree migration can be seen as more of a crawl than a sprint, Canadian scientists have already detected notable shifts in the distribution of forest populations as trees gain territory to the north of previous range limits and up the sides of mountains.

“What’s happening to drive that northward or upslope migration is that conditions are improving in parts of species’ ranges where they couldn’t survive in the past. Now temperatures are permitting them to move a little bit farther up,” says Pedlar. “That’s a fairly consistent finding from a number of different angles, looking at animals, looking at plants, but also at large-scale indicators like satellite data that show forest growth along the northern treeline. There’s a lot of evidence coming from a lot of different directions suggesting that there is northward movement going on.”

While climate change will continue to play a significant role in the movement of tree communities, researchers admit that it can be difficult to predict just how rapidly ranges will evolve over the coming centuries. Current projections suggest that climate will be changing at a rate anywhere from 10 to 100 times the rate at which trees can migrate. This sets up a potential catastrophe as traditional tree ranges become less hospitable and yet trees may not be able to move fast enough to get to more hospitable environments before those too become inhospitable.

During the relatively short period of time that satellite data has been available, trees can clearly be seen advancing northward and up the sides of mountains. If trees were migrating at their normal glacial pace, the advancement of treelines should be almost imperceptible on satellite data. So, trees appear to be moving faster than they should. And yet climate is changing much faster than trees are moving.
While concerning, it remains unclear what the impact of that will be. Some species may adapt to the new environmental realities and not migrate at all. Others may not be capable of migrating and will instead go into decline or die out altogether. Still others are expected to continue making the leap to new frontiers.

As tree species die out in the regions they leave behind, foreign species for which the altered climate is now hospitable may move in to fill the void. Alternatively, the region may become treeless, either because no foreign tree populations take up residence or because extreme weather events have an ongoing negative impact on the geographical space. In some areas, that impact may already be in progress.

“It does look like there’s evidence, particularly in Western Canada, that more extreme events are occurring in shorter intervals than one would expect,” says McKenney. “The kind of extremes that plant species have experienced over millennia seem to be happening more and more rapidly. In a sense, we’ve been in a sort of equilibrium and now things are changing and you’re getting what people call tipping points that can perturb the ecology.”

As much as climate change tends to dominate discussions about forest migration, the human factor can never be left out when considering where trees will be migrating to and how long it will take them to get there.
“Right now there’s so much logging of Sitka spruce at their current range limit on Kodiak Island that it might slow down its colonization,” says Elleouet. “Without humans, I would say colonization could happen very quickly because now it’s open habitat that can be colonized. Trees can start establishing new forest. But with humans, I’m not too sure. We are fragmenting, and fragmentation is something that can definitely slow down the pace of colonization.”

However it all plays out, the one thing that’s clear is that our forests are on the move. They may not be moving as fast as birds or animals or even as fast as climate change, but they’re moving all the same and in doing so they are changing the geography of this country.