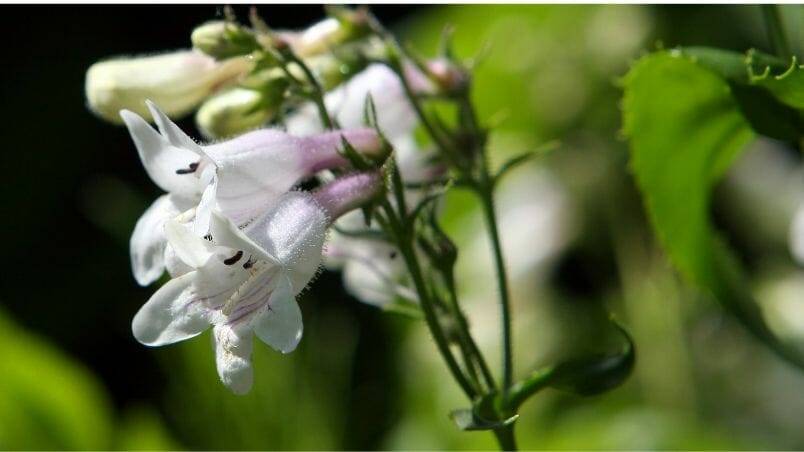 Creating a more drought- and flood-resistant garden is easier than you think.
By Mark & Ben Cullen

“We never know the worth of water till the well is dry.” ~Thomas Fuller, Gnomologia, 1732

We tend to take for granted the things we view as having greatest abundance. We are fortunate to live in an abundant place, which means we are prone to lose sight of our good fortune.

Often, we are told that Canadians have 20% of the world’s fresh water, but even that requires some perspective. Less than half of that supply – about 7% of the world’s fresh water – is considered “renewable,” which is to say it could be replenished. Even then, half of our renewable water supply drains north into the Arctic Ocean and Hudson’s Bay, which leaves 3.5% of the global water supply accessible to most Canadians. We mention this to set the record straight, but also to remind you that the water supply is not unlimited – a perception that enables us to take it for granted. 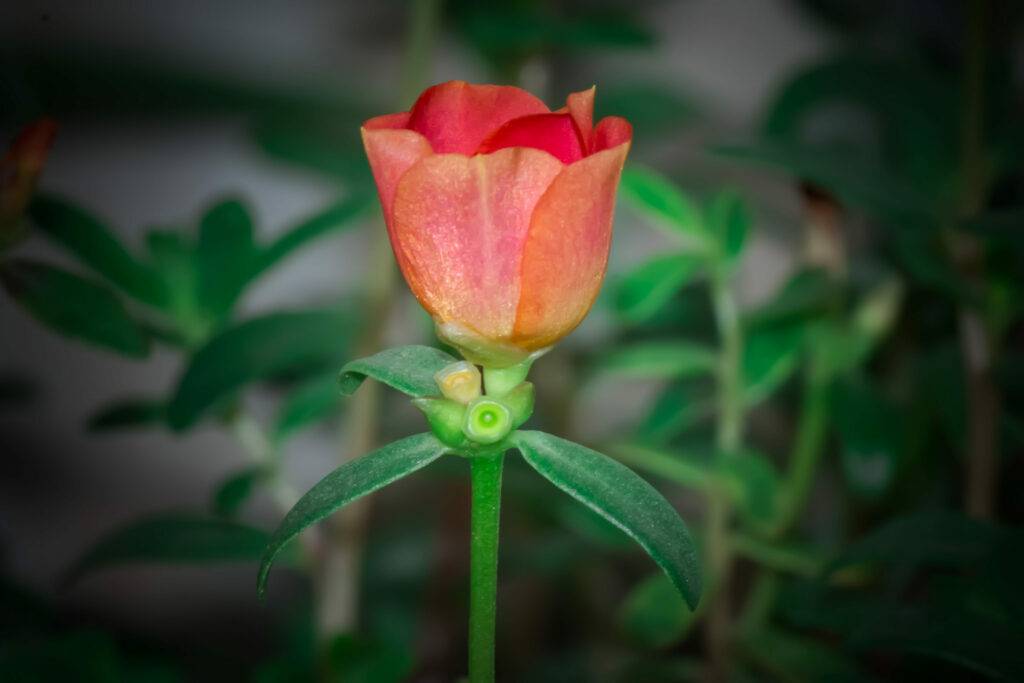 The other thing to consider is rainfall. Canada’s renewable water supply is only a consideration for those with access to irrigation, but for farmers and gardeners at the mercy of rain, it has become more apparent that weather patterns are not as predictable as they once were. Increasingly, more rain comes at less frequent intervals which means more drought, but more deluges as well. The question for gardeners becomes, how can I create a garden that is resilient to these conditions?

The easiest way to build a drought-tolerant garden is to choose drought-tolerant plants in the first place. Here is a list of plants that can stand up to dry periods and are tough enough to stand up after a hard rain. 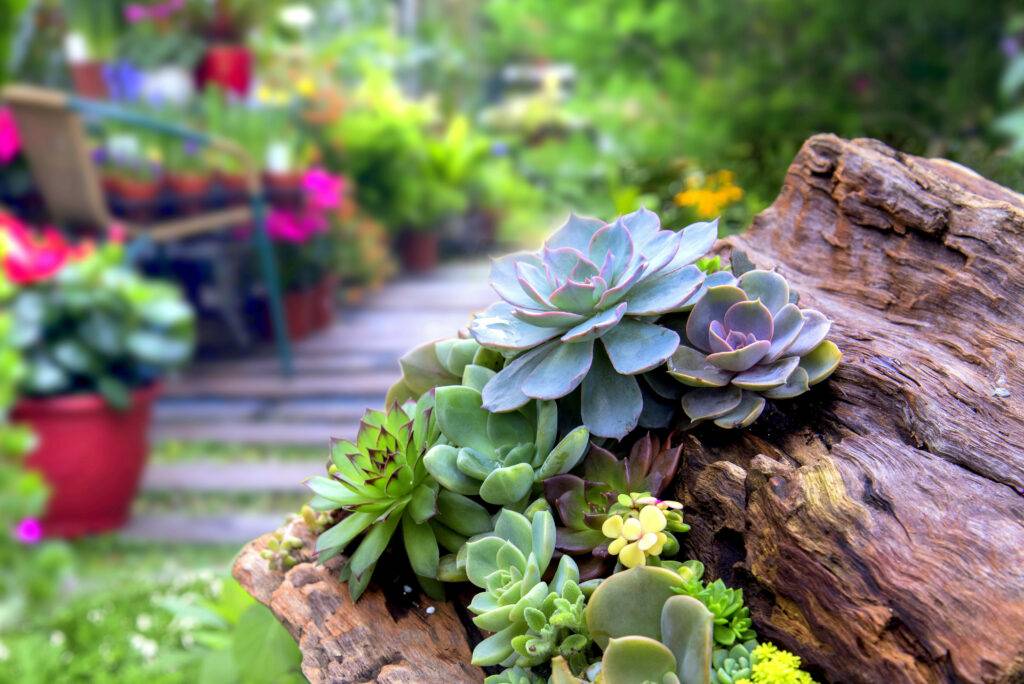 – Succulents are trendy with indoor plant growers right now and come in endless varieties. Most succulents are native to desert climates and therefore work only as annuals in Canada. However, some types such as Hens and Chicks will stand up to our winters but share the same love of dry heat as the rest of their succulent cousins. Also look for Red Yucca or Stonecrop for hot-dry-loving and cold-hardy succulents. For an annual succulent, portulaca offers colour all season long and shares its cousins’ preference for arid locations. Just don’t expect it to come back in the spring. 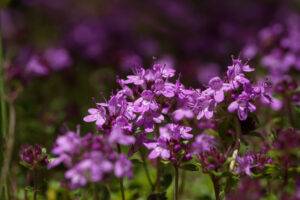 – Creeping thyme is a drought-tolerant ground cover (generally grows about 2-in high) that delivers colour and fragrance and will even withstand moderate foot-traffic. Talk about tough! 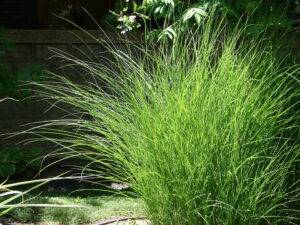 – Native grasses are not all drought tolerant, as some prefer to grow by rivers and ponds, but western wheatgrass, little bluestem, needle grass and June grass are all tolerant to dryness.

– Non-native ornamental grasses such as feather reed grass (Calamagrostis acutiflora ‘Karl Foerster’) or Chinese silver grass (Miscanthus sinensis) are imports from Asia that have the same drought-tolerant qualities as some of their native counterparts, but also provide some additional interest in the form of flowers and spikes. Winter hardy, we wait until spring to cut them back as they provide winter interest in the garden and a habitat for birds and critters.

Adding organic matter in the form of compost or manure is always the best thing you can do to improve your soil. Organic matter will improve moisture retention during times of drought but will also improve soil structure, which means that during times of heavy rain there will be adequate drainage and a reduced risk of erosion.

It is important to minimize the amount of digging or tillage you practice on your soils, as it has been shown that agitating the soil depletes organic matter through increased microbial activity and a process called “carbon oxidization.” Tillage also disrupts soil structure, which can lead to increased erosion in times of heavy rain.

There is no better way to dress up a beautiful bed of soil than by adding a layer of natural pine or cedar bark mulch. By preventing the evaporation of moisture from soils, an adequate layer of mulch can reduce watering by up to 70% and will help protect the soil from erosion in times of heavy rainfall. As an added benefit, mulching can also reduce weed pressure by up to 90%.

Apply mulch 5 cm thick, at any time of year. It’s important to use straw, leaves or bark mulch — anything that can break down into the soil and become added organic matter. Avoid wood chips, as they extract essential nitrogen from the soil during their decomposition in a process called “nitrogen draft.” This can lead to unhappy plants as nitrogen is an essential macronutrient for growth.

Don’t let that water get away from you! Our heads hurt to think of the money spent on infrastructure to move water out of neighbourhoods during storms and plumb it back again during droughts. Do yourself, your municipality and your plants a favour and pick up a couple of rain barrels. Your plants will thank you especially, as they prefer to be watered by natural rain water for a host of reasons:

– The temperature is more agreeable to plants than the frigid cold water that comes out of the tap.

– Rainwater contains nitrate, the most bio-available form of nitrogen, which is an important macronutrient.

– Salts and chemicals from municipal water can built up in the soil over time, which can cause root damage. This is especially apparent in potted plants, where there is a smaller volume of soil and salt accumulation can be visible.

Avoid creating a breeding ground for mosquitos by covering the top of your rain barrel with a fine screen. The screen will also help keep debris out of the rain barrel, which can clog the spout. Lastly – remember to empty your rain barrel every fall, as it can crack if it’s filled with water and freezes.

A lot of water is applied in vain to keep lawns green all summer long. Our first piece of advice is to simply not apply water to your lawn – when the lawn goes brown it is not dying; it’s just going dormant. This is perfectly natural.

When you cut your lawn, cut it 6-8 cm high and return the clippings to the lawn rather than bagging them. Cutting higher will allow it to develop healthier roots, which are important during droughts but also during heavy rains to prevent erosion in sloping areas. Allowing the grass clippings to break down will return the valuable nutrients to the soil, which will result in an overall healthier lawn.

Canadians spend a lot of time talking about the weather, and our jobs would be a lot easier if weather could be controlled. But it can’t. With these methods, however, you can “weather-proof” your garden and create a space that is beautiful and resilient – no matter what the forecast holds. 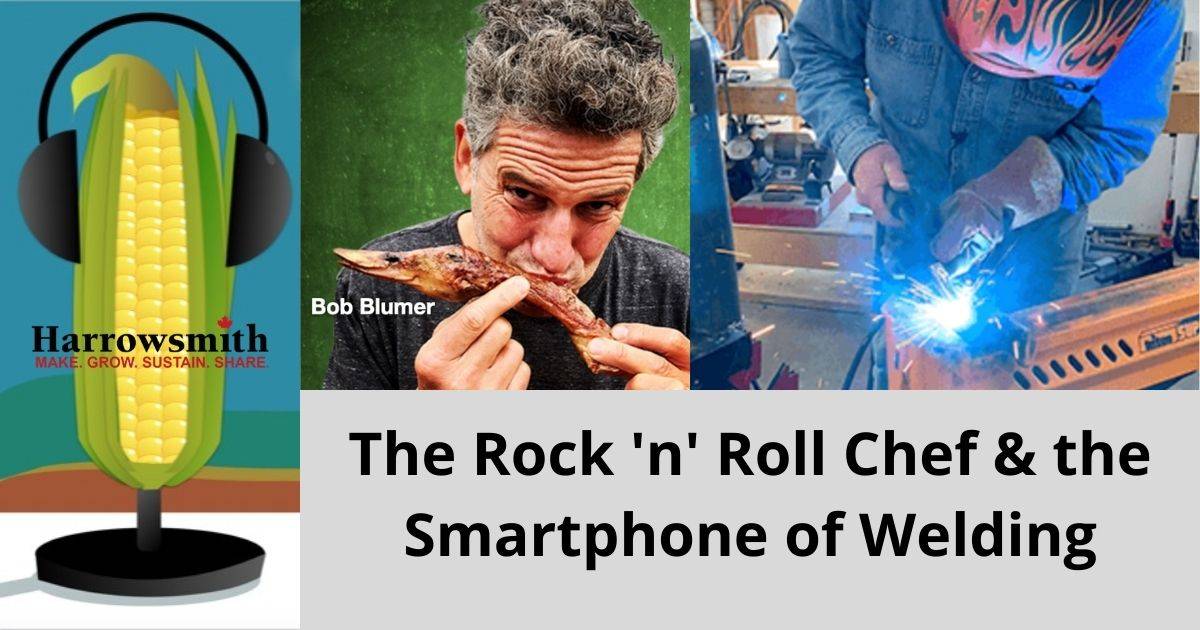 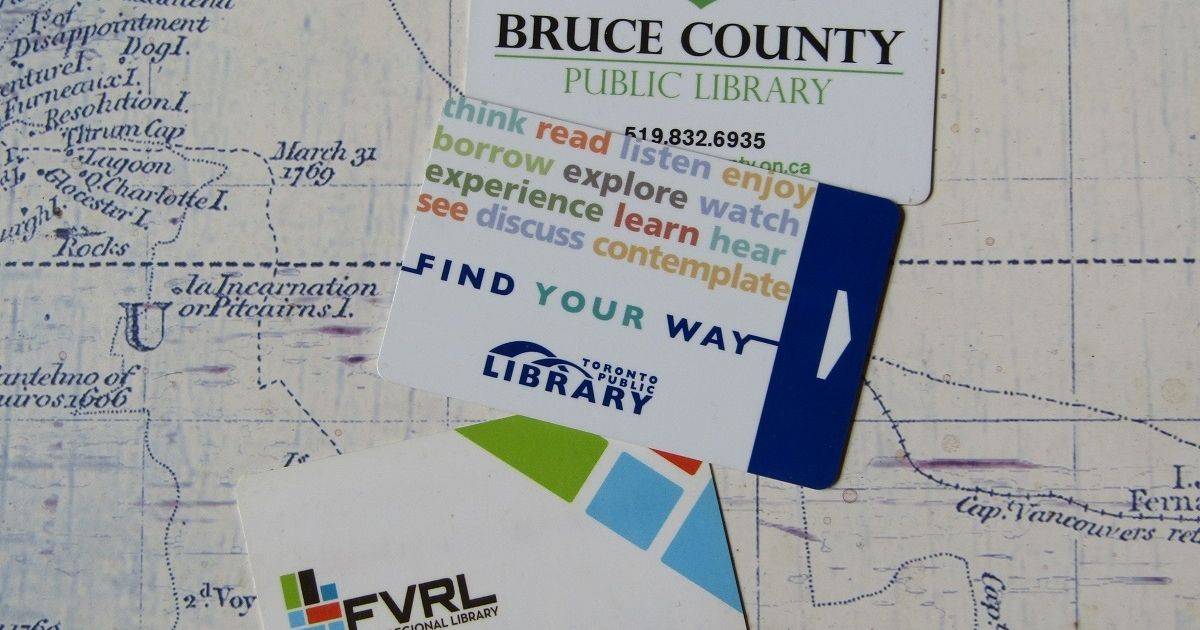 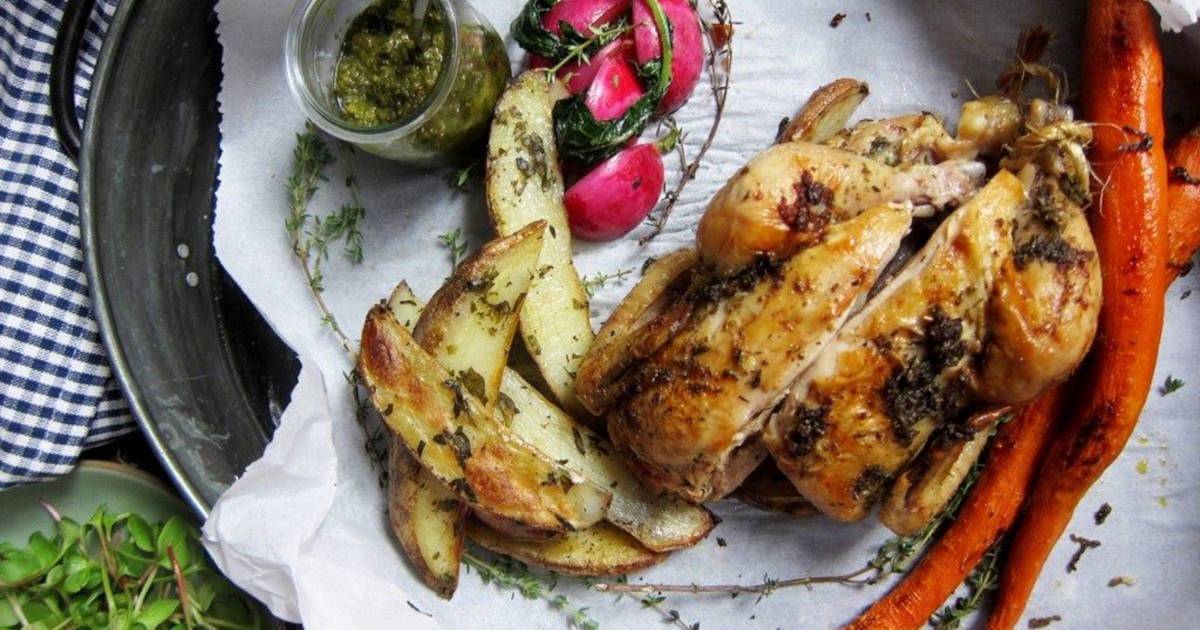 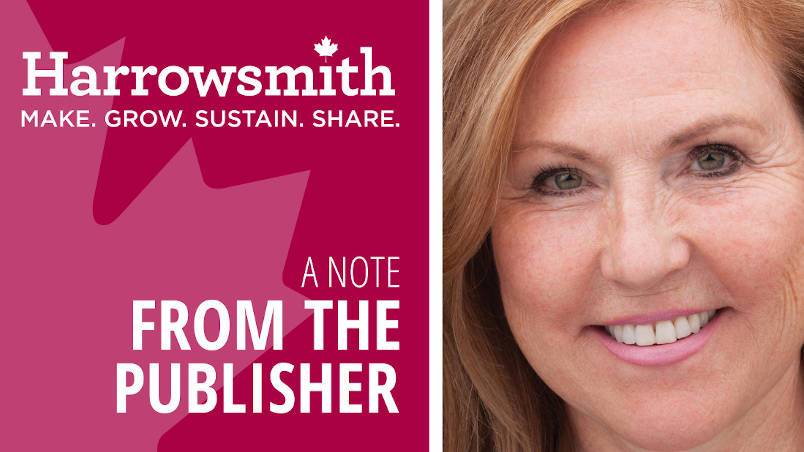 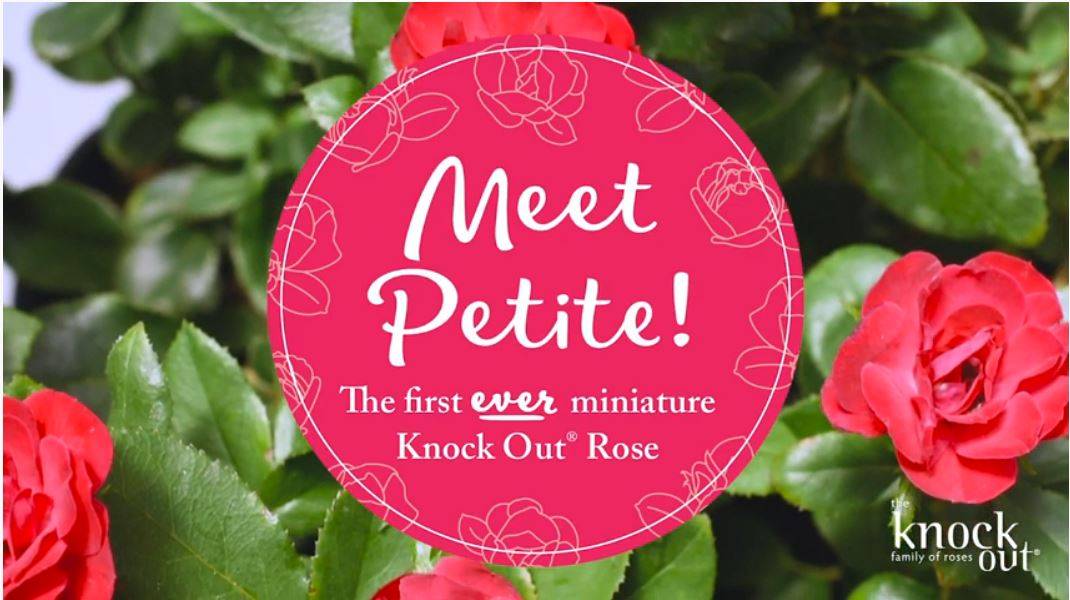 Thought Knock Out® Roses couldn’t get any better? Think again!