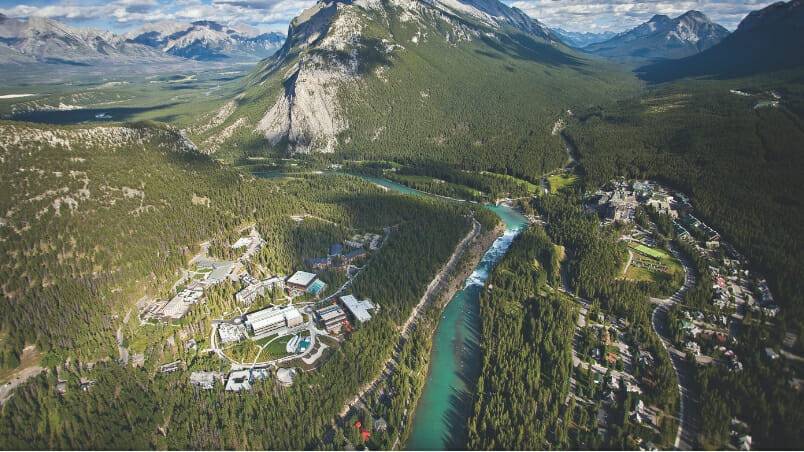 Get reeled in at the Banff Mountain Film and Book Festival

Every fall, as the temperatures drop, Bow Valley, Alberta, locals dread the “shoulder season.” Only the heartiest (or deranged?) souls continue to bike and hike as the wicked winds begin to blow. The climbers are waiting for the ice, and the skiers are waiting for the snow. As the first snowfalls dust the familiar peaks […]
By Kiley Torti

Every fall, as the temperatures drop, Bow Valley, Alberta, locals dread the “shoulder season.” Only the heartiest (or deranged?) souls continue to bike and hike as the wicked winds begin to blow. The climbers are waiting for the ice, and the skiers are waiting for the snow. As the first snowfalls dust the familiar peaks that surround the town of Banff, my down jacket returns as part of my daily armour. While we patiently pace, waiting for the big powder, the Banff Mountain Film and Book Festival is a favourite distraction. The dates vary depending on the calendar year, but sometime at the end of October into early November, this nine-day event consumes my life. It is the pinnacle of my fall and fuels the dreams of countless climbers, adventurers, travelers and outdoor enthusiasts biding time before winter. 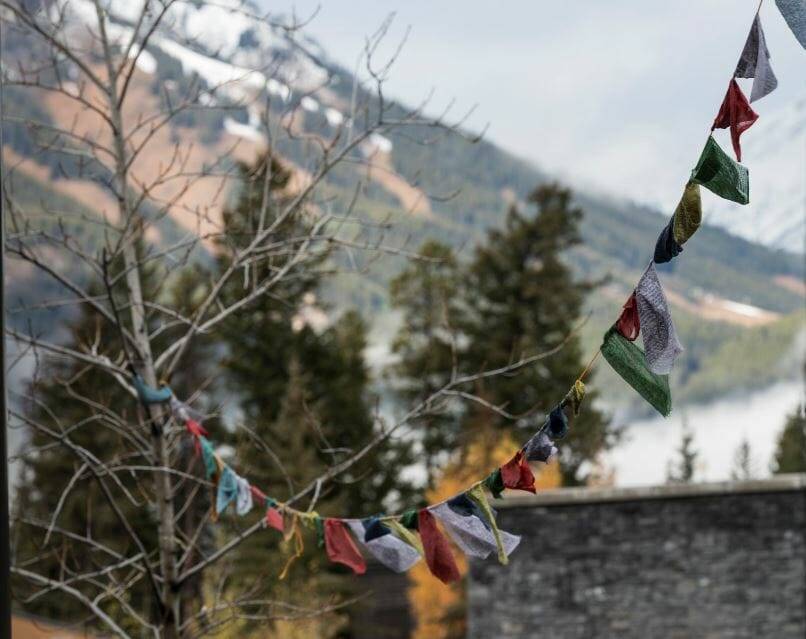 Hosted by the Banff Centre for Arts and Creativity, the festival will be celebrating 43 years of showcasing the world’s best films, books and photographs on mountain culture in 2017. Each year, an international jury awards over $50,000 in prizes to filmmakers and authors who breathe life into harrowing climbing stories, environmental headlines, natural history, wildlife, mountain sports, and exploration and adventure.

Participants get to rub shoulders with talented storytellers and some of the biggest names in mountaineering, adventure filmmaking and extreme sports. Mountain athletes, environmental crusaders and the creative geniuses behind the cameras are all in one creative hive. These individuals are the Wayne Gretzkys and Michael Jordans of the mountain community (or dare I say the Mark Cullens of the garden world?). The most recognized name in mountaineering history, Sir Edmond Hillary, has graced the stage to share his tall tales. Festival enthusiasts span the ages and demographics, but the common thread weaving both the audience and the entertainers together is their shared enthusiasm and passion for high places, adrenalin-filled adventures and an insatiable desire to explore the far corners of the earth. 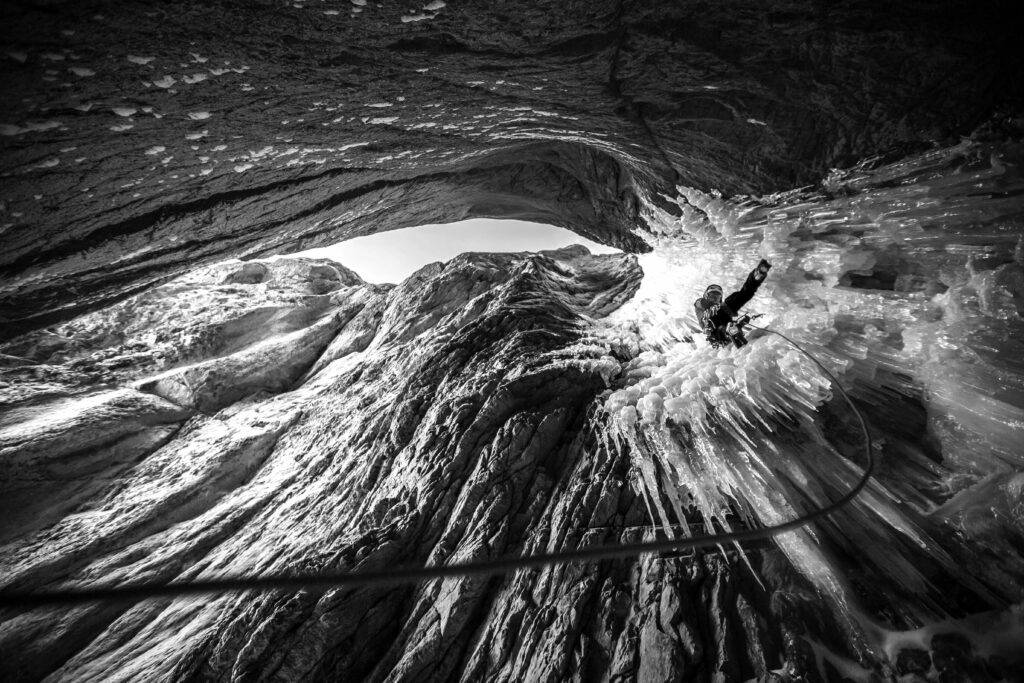 My first exposure to the film festival was at a World Tour screening sponsored by an outdoor retailer in my university town of Waterloo, Ontario, in 1996. I was equal parts electrified and spellbound within the first five minutes of the opening film reel. I haven’t missed a festival in the 20 years since. When I moved to Banff in 2002, I was over the moon to attend the event in person. The following year, I signed up to be a festival volunteer and joined a small tribe of dedicated volunteers working alongside the festival team, who work year-round to produce the festival. Last year, there were 138 volunteers who donated more than 2,500 hours. The festival continues to grow in numbers and expand its incredible lineup with a contagious energy.

In 2016, 147 books were submitted and 96 films were screened to an audience of over 20,000. The largest theatre holds just shy of a thousand people, but there are multiple venues on campus, as well as free and interactive activities in the area. There are workshops sponsored by National Geographic, sunrise hikes, mountaintop yoga sessions, art walks, a mountain gallery hop, a whisky tasting and the popular Words and Wine event.

The first weekend is a great time to do some early Christmas shopping, support artisans and take in the longer, feature-length films. Midweek adrenalin junkies can purchase tickets for Rad Reels to watch the best films on climbing, whitewater kayaking, BASE jumping and mountain biking, plus new sports such as snow-kiting. Following Rad Reels is The Snow Show, highlighting (you guessed it) snow, plus skiing, snowboarding and a few powdery surprises in between.

Hardcore climbers can grab a beer at the underground Club and take in an evening of stories at The DirtBag Cafe. For those seeking the quieter side of mountain culture, the book festival officially opens on the Thursday evening with an impressive docket of authors offering book talks, signings and evening presentations. Experiencing sensory overload? One can seek refuge in the blissfully quiet Reading Room, where you can peruse the books submitted to the festival and sink into comfy chairs and couches to read a few tantalizing pages. 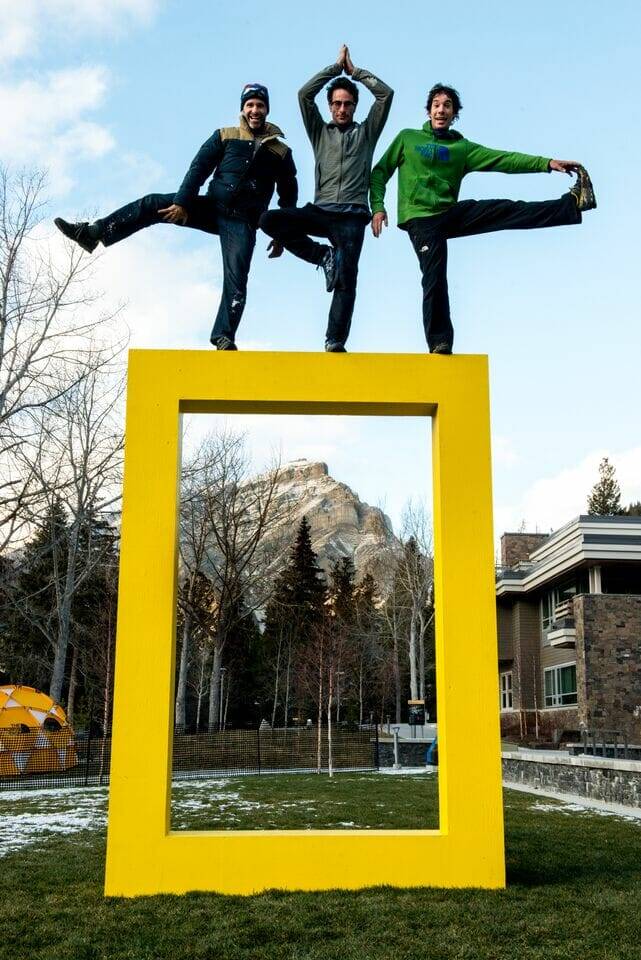 The second weekend features a mountain trade show, with festival sponsors giving away free swag (Clif bars, anyone? A free trip to go trekking in Nepal?), as well as industry friends, such as backcountry lodges, book vendors, adventure travel companies, and organizations like Alpine Club of Canada, Yamnuska School of Mountaineering and Canadian Avalanche Association. There are panel discussions tackling hot topics, plus a Hot Chocolate Happy Hour around a bonfire.

Can’t decide which films to attend? The nine-day festival wraps up on the second Sunday night with Best of the Festival, featuring the awards ceremony and screenings of the winners of the various film categories. You don’t know what you will see or when the night will end until the grand unveiling of the final film lineup occurs. My personal record of bleary, square-shaped eyeballs ended at 2:35 a.m. Though that’s not a record for the bar crowd, many festival enthusiasts can be found ordering an extra-large double-double on the post-fest Monday morning.

So, what if you can’t get to Banff to enjoy the festival? Stay tuned to a theatre near you! Mere days after the fest closes, the fearless team of “road warriors” takes the festival on the road… and beyond. Last year, the team selected the top 35 films for the World Tour and offered a thousand screenings in 40 different countries, reaching an additional 500,000 people. In Canada, screenings take place from coast to coast, from Whitehorse to St. John’s, Newfoundland, but it doesn’t end there. Festival stops have included Luxembourg, Uganda, Bangladesh and even Antarctica!

The festival works hard to live up to its green ethics by buying carbon offsets for the World Tour and by deploying dedicated Green Team volunteers who work toward a zero-waste initiative to help lessen the environmental impact of the event. In nine days, 265 kg (584 pounds) of food waste, 278 kg (613 pounds) of mixed recycling and an estimated 114 kg (251 pounds) of liquids from the festival were diverted from the landfill in 2016.

Favourite films? Don’t make me choose! Highlights from the 2016 festival include the winner of the People’s Choice Award: SHIFT, a transformational story of a group of aboriginal youth who toiled to build 100 km (62 miles) of mountain bike trails through the Yukon wilderness. The Accord, another fan favourite, is a creative story about a hard-knock group of Icelandic surfers battling the unforgiving Atlantic wind. And who could forget Super Salmon? The film follows the controversy regarding an Alaskan hydroelectric mega-dam on the Susitna River through the eyes (or gills) of one very determined salmon. Or Four Mums in a Rowboat? Move over, Housewives of Beverly Hills! Four middle-age British moms band together to row the Atlantic against all odds. What they lack in experience, they make up tenfold with their hearts, courage and humour in the face of adversity. The film Shepardess of the Glaciers follows the life of one of the last shepardesses over four seasons living with her 300 goats, 5,000 metres (16,404 feet) above sea level in the high mountains of Ladakh, India. Have I convinced you yet?

While Banff sees close to four million visitors in the summer and over two million during the winter, fall is a great time to visit and take advantage of shoulder-season rates in the hotels. Get front-row seats to your own Rocky Mountain high at the Banff Mountain Film and Book Festival. Mark your calendars: the 2018 festival runs from October 27 to November 5. Dress code is mountain casual—follow the crowds of brightly coloured down jackets and toques up Tunnel Mountain, and I’ll save you a seat!

Kiley Torti is a health and fitness professional living in Banff, Alberta.  She is an Ontario refugee who is happiest when wandering through the backcountry in pursuit of a Rocky Mountain high.  Hiking, biking, or skiing, she is always on the lookout for new adventures in far-flung places on her extended backyard.

Finding Traction on the Back Roads