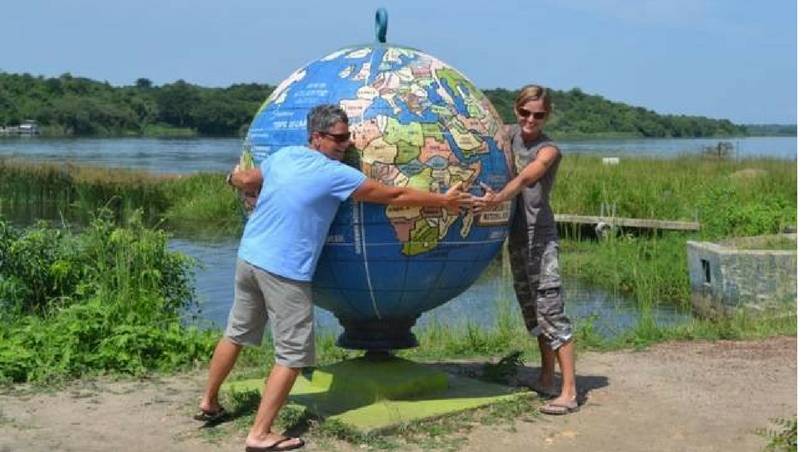 Here’s what you probably didn’t know: Earth Day was founded in the United States on April 22, 1970. It is now celebrated in more than 196 countries. While Rachel Carson’s 1962 New York Times bestseller Silent Spring turned up the volume on pollution and the fragile balance of the earth, it was the massive oil […]
By Jules Torti

Here’s what you probably didn’t know: Earth Day was founded in the United States on April 22, 1970. It is now celebrated in more than 196 countries. While Rachel Carson’s 1962 New York Times bestseller Silent Spring turned up the volume on pollution and the fragile balance of the earth, it was the massive oil spill in Santa Barbara in 1969 that created a political surge.

Gaylord Nelson, a US senator from Wisconsin was triggered by the on-going student anti-war movements. Surely, there was a way to harness this energy and gravity—and direct it towards the planet. Air and water pollution were introduced to the political agenda and a national staff of 85 was established to promote events across the land for “Earth Day.” Senator Nelson would soon gain fame as the founder of Earth Day, an event that now sees the largest secular observance in the world. Twenty million Americans took to the streets and rallied against pesticides, toxic dumps, oil spills, nuclear power and animal extinction in 1970. 2020 will mark the 50th anniversary of Nelson’s vision.

It wasn’t until 1990 that the day went global and 200 million people in 141 countries recognized Earth as more than an inexhaustible resource. Fever was gathering for the 1992 United Nations Earth Summit in Rio de Janeiro. Reduce, reuse and recycle was tattooed on our brains.

Earth Day Canada was established in 1990, and the national environmental charity continues to be instrumental in leading the annual Earth Day campaign in addition to free year-round programs that encourage stewardship, conservation and playing—outside!

While the focus is always the same (Earth), the targets have evolved from simply recycling pop cans to lifestyle modifications like clean commuting, zero waste initiatives, plastic pollution awareness and carbon footprint reduction.

There are so many easy ways to engage with the planet. Host a garage sale, build a bat house (for plans, check out our Fall 2018 Almanac—see page 232!), donate books to your local little library (don’t have one? Build one!). Sign up for a row in your community garden, plant a seed, plant an idea! Try a new section of The Great Trail (formerly known as the Trans Canada Trail)!

How will you celebrate this year? Tell us—and check out these ideas:

Bird Studies Canada is always looking for someone with beautiful eyes who likes long walks in the woods or along the beach. There are dozens of projects across Canada from monitoring marshes to nocturnal owl surveys that need volunteers. Urban volunteers are needed in places like Vancouver to help document and collect data on migratory birds and building collisions. Help reduce threats to Piping Plover habitat in Nova Scotia or sign up for the Canadian Lakes Loon Survey! 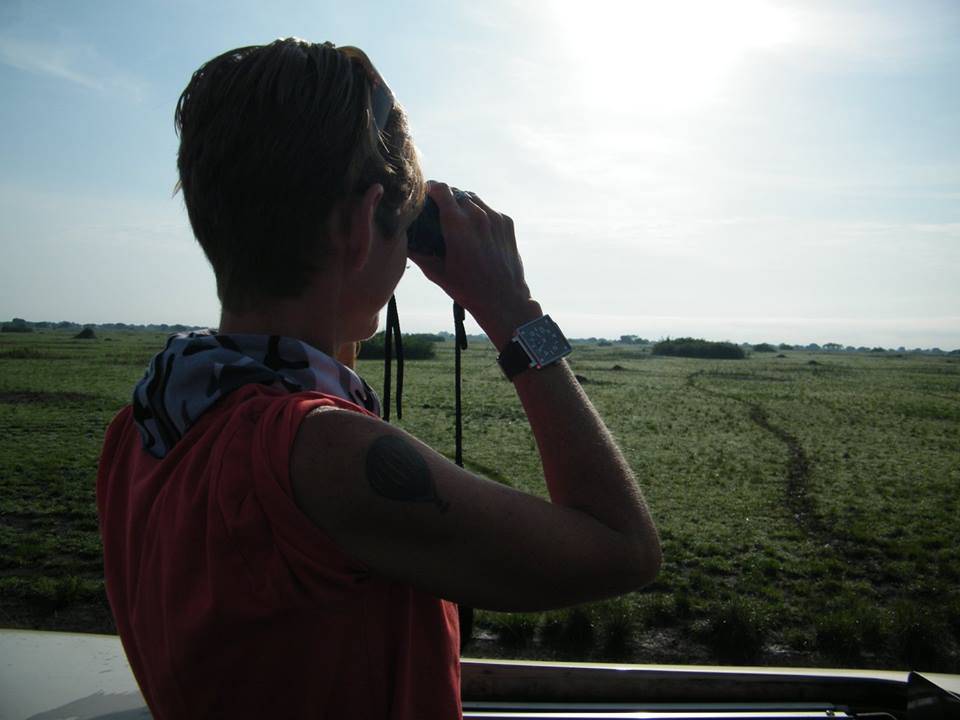 There’s local food and then there’s ultra local food. Tap into the soil that surrounds you with the (free!) Seed Voyage app which smartly connects you to local growers. Or, if you’re a grower, be connected with eaters in your vicinity who are interested in your heirloom carrots, radishes or exotic mouse melons. The app, created by Dushan Batrovic and Shawn Sowten, is a tangible marketplace. Sign up, input your region and the veg and fruits you are interested in buying. “When the produce is ripe and ready for harvest, the grower will send notification and any eaters with matching preferences will be alerted.” Now that’s the best version of take-out! 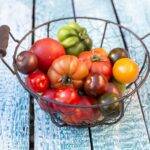 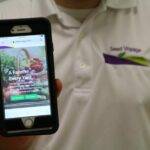 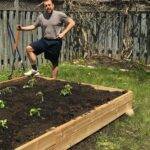 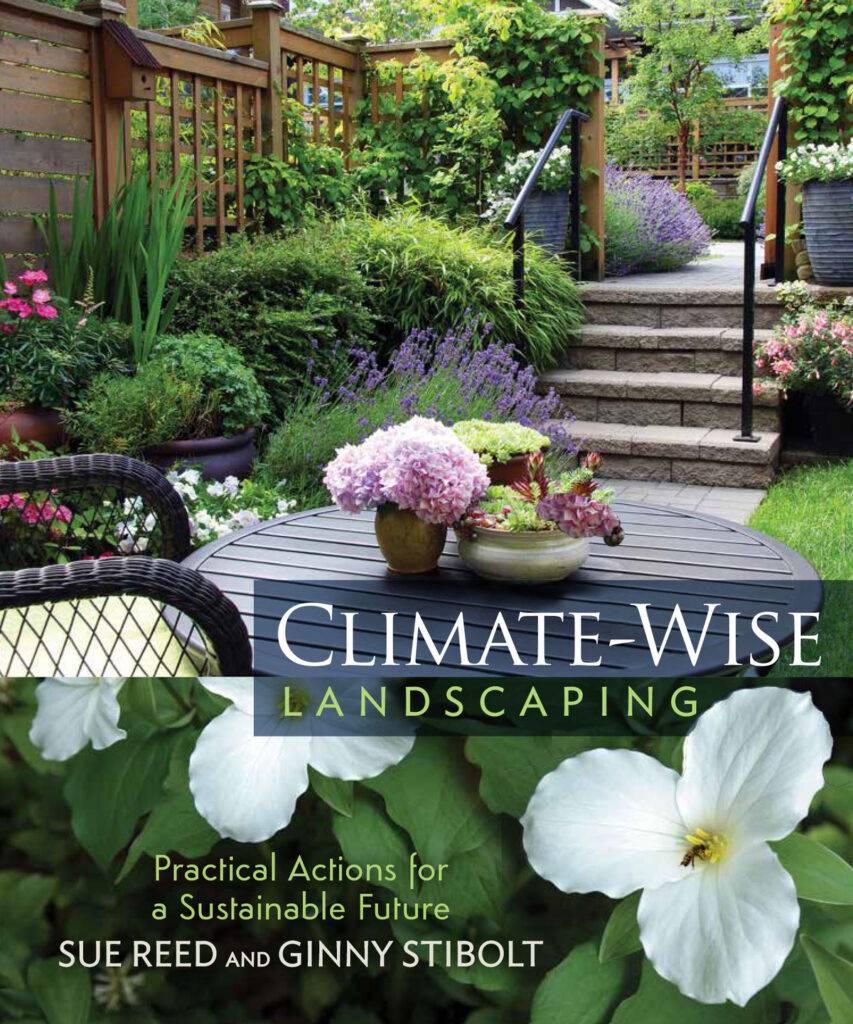 Books by New Society Publishers are naturally feel-good because they are carbon neutral and printed on 100% post-consumer recycled paper with low-VOC vegetable-based inks. Their latest title, Climate-Wise Landscaping: Practical Actions for a Sustainable Future by Sue Reed and Ginny Stibolt, is full of green ingenuity. This is a roll-up your sleeves response to climate change with concrete (but preferably earthen-ware) solutions for landscape architecture that doesn’t disrupt the ecosystem. If you’re looking for reasons to stop mowing your lawn—you’ll find them here. If you want to design a resilient backyard with carbon storage that will support wildlife and pollinators, this is your bible. With ideas for growing your own mushrooms (in coffee grounds no less!), straw bale gardening or how to plant your own prairie, Climate-Wise Landscaping is packed with juicy trivia, additional resources and thoughtful primers on native plants and green roofs. Learn about fleet farming (where farmers use other people’s yards to grow food), buying into an ‘agri-hood’ (communities built around an organic farm), the merits of plastic lumber and considerations when buying mulch. You’ll be more than climate-wise after reading this one! 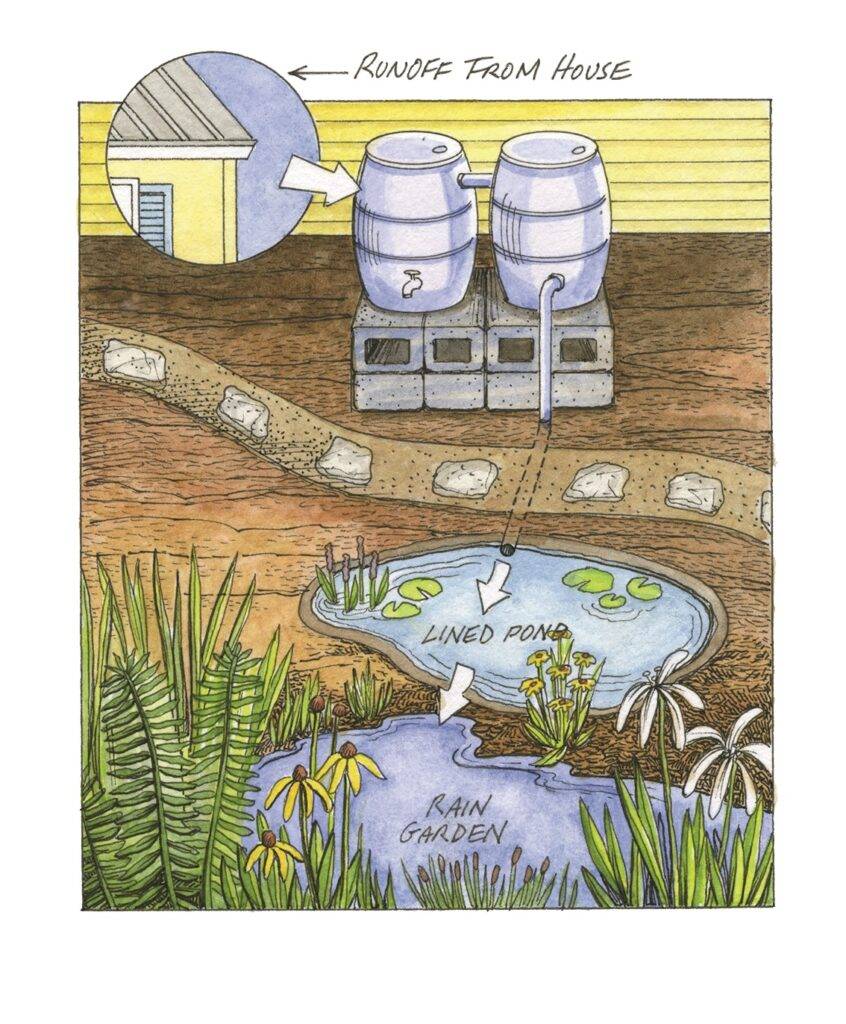 Toast the Earth With a Local Pint

Founded in July 2017, Ayden and Katie Gautreau are the visionary husband and wife duo behind the Shakespeare Brewing Company, 10 minutes from storybook Stratford, Ontario. The brewery is housed in an old school bus garage and the barley and hops in their brews are Ontario grown. By picking up a growler of Heavy Horse Farmhouse Ale, your supporting a partnership with a local orchard (where the Gautreau’s obtain their wild Ontario yeast) and Nith Valley Apiaries in New Hamburg, ON, where they buy their wildflower honey for the ale. 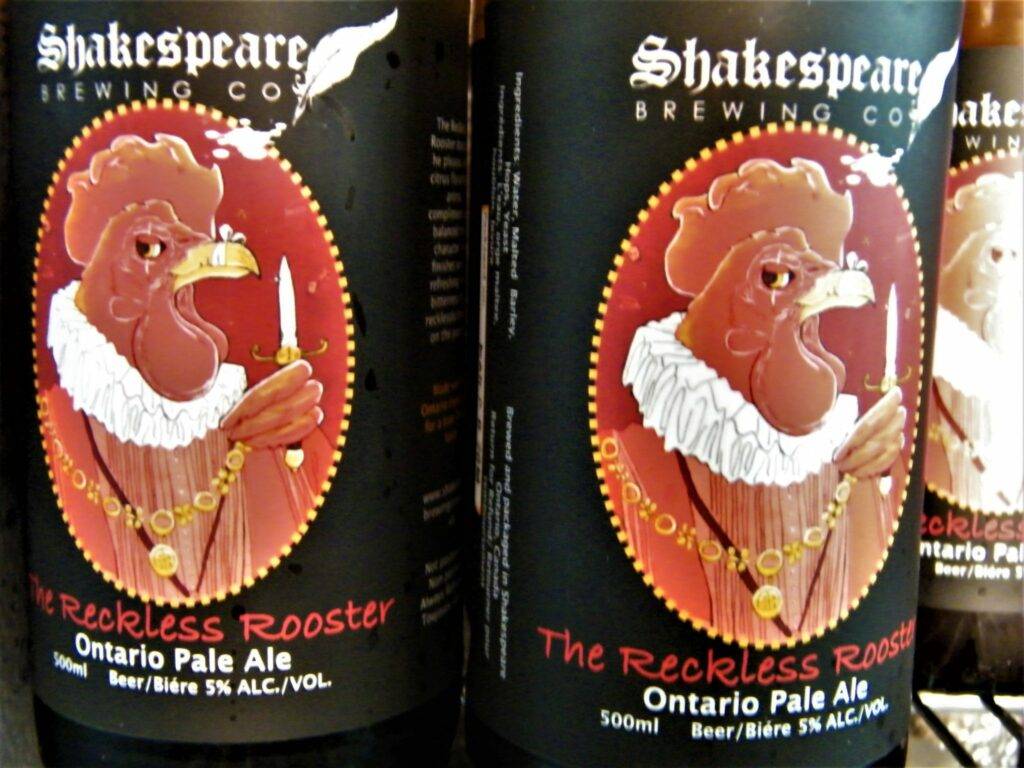 Plus, the labels are wildly fun (farm animals in Shakespearean garb!)—like the ebony Classy Cow milk stout or Reckless Rooster. Our pick? The Grumpy Goat Black IPA– a “head-butt of Zeus and Chinook hops.” It’s pure velvet and the perfect pairing for anything from Marit Howland’s divine cookbook, Bakeland! (See below)

*If you don’t live in the orbit of Shakespeare, track down your own local brew master and celebrate the independent, micro movement!

Bake Your Own Edible Forest 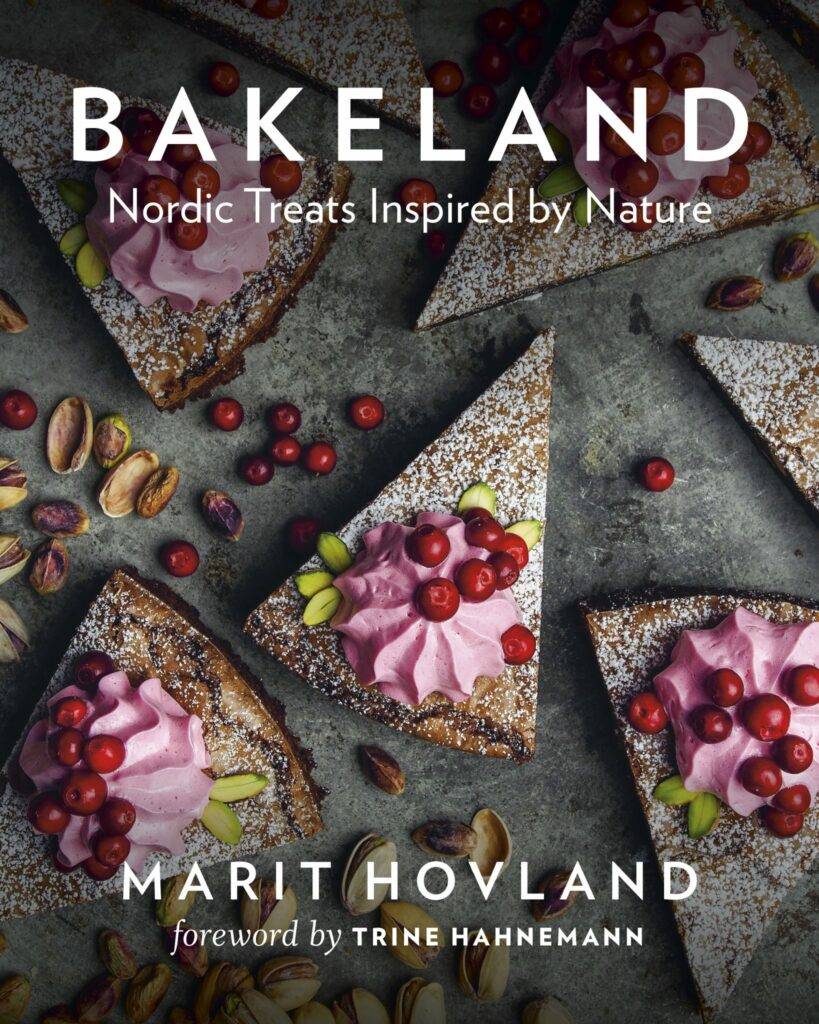 Excerpted from Bakeland: Nordic Treats Inspired by Nature, by Marit Hovland ©, published April 2018 by Greystone Books. Reproduced and adapted with permission from the publisher.

This cookbook is the greatest homage to earth—in fact, it’s an edible version of it! Marit Howland is a Norwegian graphic designer, baker, and photographer who has deconstructed the Nordic landscape and recreated it into something sweet. With 50 surreal recipes and 140 gorgeous photos, the biggest shock is that Howland is not a professional baker or pastry chef. She merely ‘relaxes’ in the kitchen and is a fan of creative messes. When she boasts about having four favourite seasons: winter, spring, summer, and fall—this is evident in her sugar and spice gallery. Her recipes are grounded, incorporating fruits, nuts, berries, and spices. While you might balk at her claim that no exceptional kitchen wizardry is required outside of some foil, cotton swab and toothpicks—it’s a marvel. It’s like going for a hike in the woods while seated with a cup of tea. Howland brings the outdoors in—and adds a little icing sugar and Himalayan salt. It’s a fairy-tale romp through a confectionary forest of birch bark cookies, meringue mushrooms, candied forget-me-nots and icing spruce needles. Even if you don’t bake, it’s a drop-dead gorgeous coffee table book to pour over. For more eye candy, visit Howland’s brilliant blog: Borrow My Eyes. 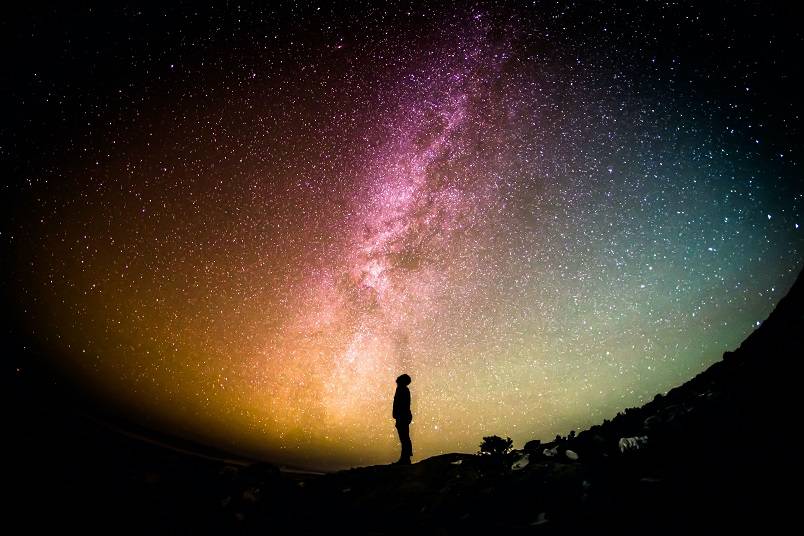 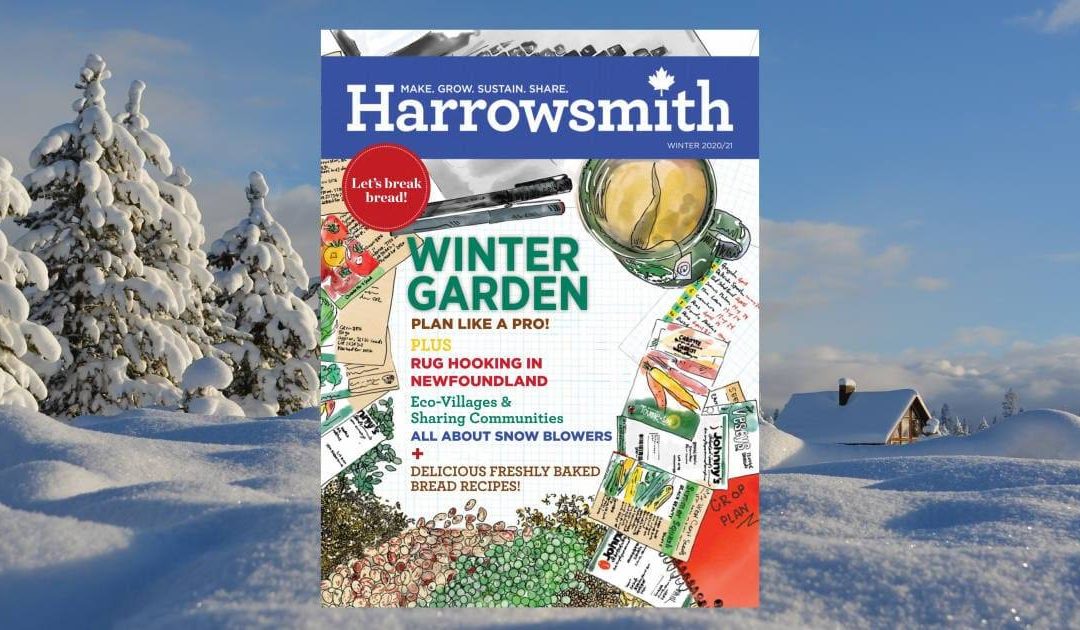 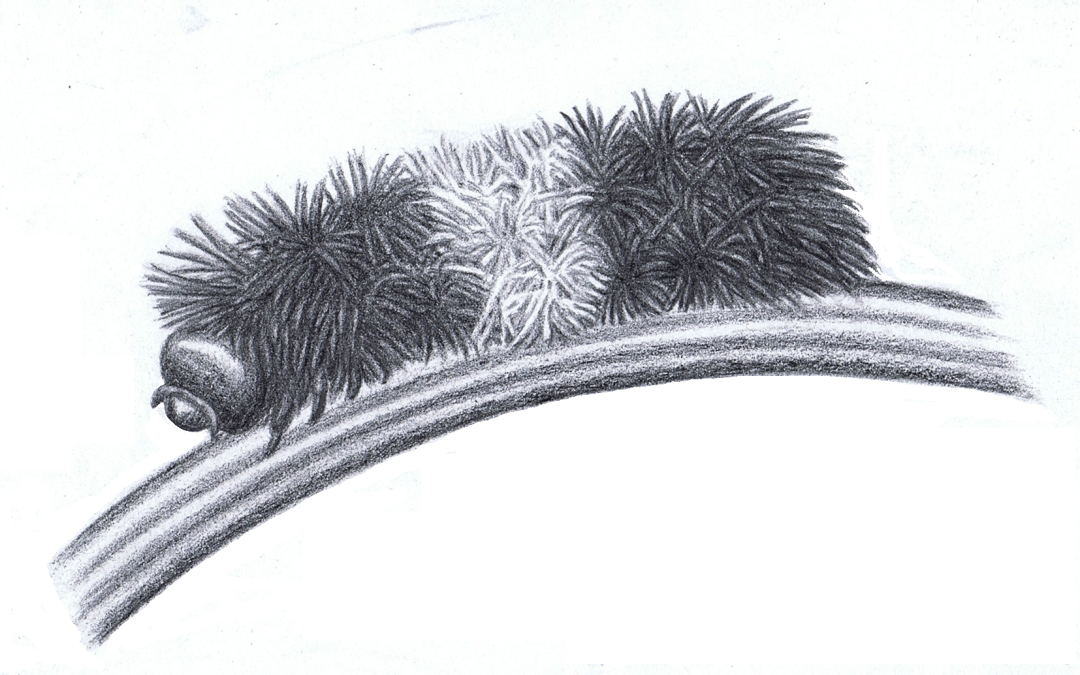 The Fuzzy Bear and the Hedgehog

Everything you didn’t know about the woolly bear caterpillar 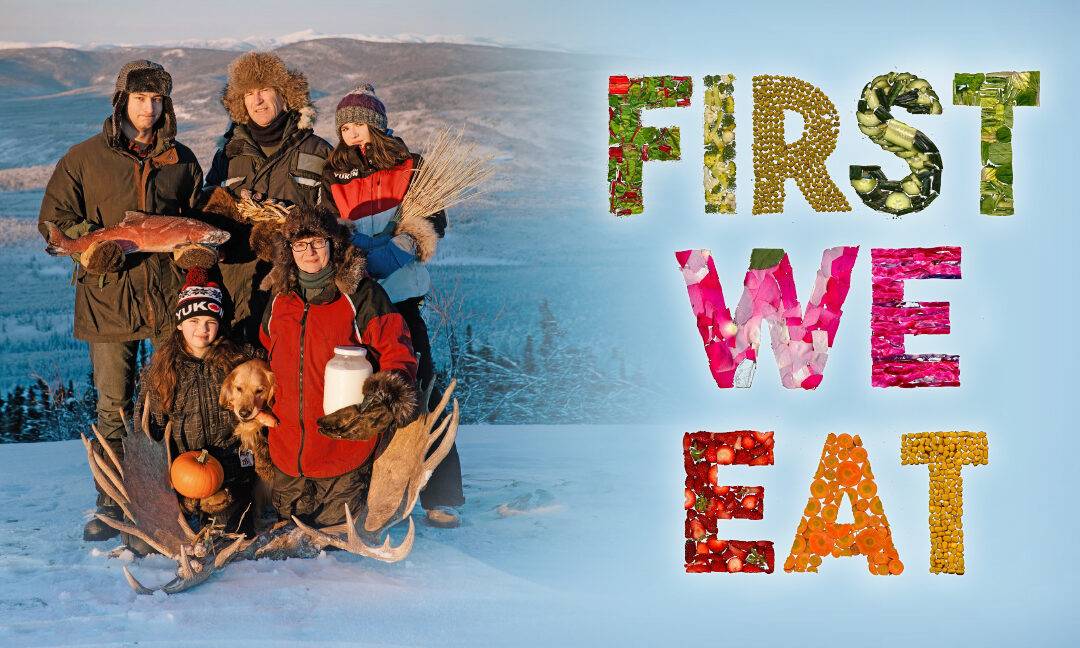 A family’s year-long challenge to live off the land where the Arctic Circle is closer than any major city – 3 skeptical teenagers, 1 reluctant husbandno salt, no caffeine, no sugar and -40 temperatures