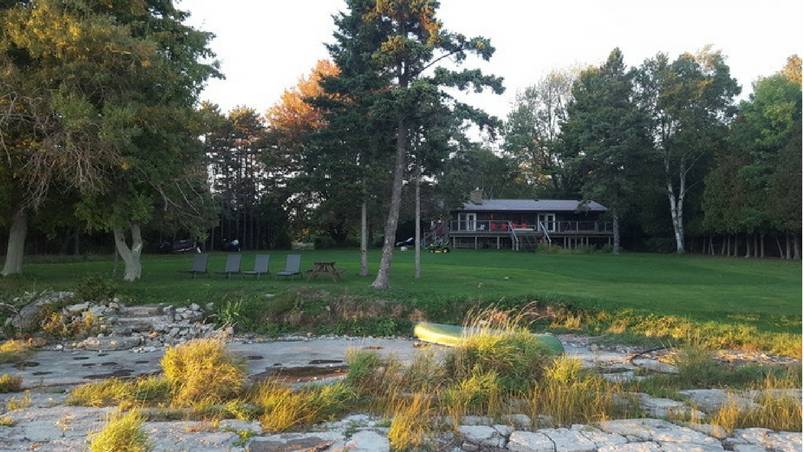 Take a few moments to think about what constitutes your ideal home. Now, before you’re contemplating gilded door handles, marble floors and a front door that would put the gates of Babylon to shame, I implore you to think about the things that make it a home as opposed to a house. Because although the […]
By Angus Merry

Take a few moments to think about what constitutes your ideal home. Now, before you’re contemplating gilded door handles, marble floors and a front door that would put the gates of Babylon to shame, I implore you to think about the things that make it a home as opposed to a house. Because although the greedy real estate agent with the three-piece suit and slicked-back hair would suggest otherwise, not every house is a home. So, have you finished? If not, you’d be relieved to know that, for most, all the answers lie in one place. And if by some miracle you are the exception, whose idea of a home rests solely on a rack to hang your hat, then hold tight, because you might learn something.

As my father would put it, “The teenager of today is devoid of three things: logic, reason and genuine emotional attachment of any kind.” Though it pains me to admit that statement holds some degree of truth, it isn’t just so. The one-two punch of nostalgia and sentimentality usually lands on the noses of those who don’t see it coming, yes, but like those who need very little to call themselves “at home,” some are exempt from the majority. As a proud member of this exclusive club (perks include frequent nausea, headaches and the occasional mental scavenger hunt), I’m constantly lost in the subway-system-like journey that is Memory Lane and, more often than not, when I do reach my stop, I haven’t mustered the courage to get off quite yet.

This, for better or for worse, is the nostalgic experience, and I’ve found that in the daily routine of driving 15 minutes (30 minutes there and back) to a house whose walls are inlayed with a soft (albeit relenting) shade of peach, I wouldn’t have it any other way.

Tucked at the end of a road that most of the tourist demographic on Wolfe Island would consider less travelled, a 1950s-era German bungalow (which could easily be mistaken for a tree house if propped up on stilts) sits comfortably and quietly, looking out at the St. Lawrence River with tired eyes. It can be either the cottager’s getaway or the hermit’s cubbyhole—with a patch of red paint adorning the eastern wing, it captures that certain rustic feel. It’s the perfect place for sun and the worst for wind, the coldest house in winter and the warmest in summer, and for the latter half of 10 years, it has made a resident Labrador retriever as happy as can be. This, as you probably guessed, is my home, and it has been for the last eight years.

Upon my first arrival (as a nine-year-old boy, I maintain), I was bewildered by the serenity and peace the property cultivated on its own. Intrigued by both the retro-modern exterior and the picturesque waterfront, I was more than eager to inspect the inside, expecting marble floors, no doubt. But to my surprise, I was met by a plethora of 20th-century furniture and architecture, which seemed foreign even to a nine-year-old. So, like any child given an object that has the capacity to be loved, I did love it, unconditionally so, that is until I grew up.

As someone who was lucky enough to grow up in a stable and loving environment, I, like most kids without the threat of endangerment looming over their head, grew forgetful sometimes of the things my parents did to make me happy. As I became older, I lost sight of the pleasant memories the house brought me as a child, and only began to see its shortcomings, rather than the unique things it had to offer me. After nights of waking up cold, or walking into the kitchen only to jam one of my shins on the decrepit cupboards that hung to and fro, I’d curse the house under my breath, all the while forgetting the fact that I lived on a property that some people can only dream of. Above all things, I regret this the most.

But as someone who also takes frequent looks in the rear-view mirror (though it may not always be healthy), I’ve learned that there’s little we can do to change the past, so it’s best to keep your eyes on the road for fear of missing something important.

So years from now, when I’ll make the 30-minute trip home to a sight that I’ve seen many times before, I’ll be glad that I didn’t, nor wouldn’t, trade the broken cupboards for gilded door handles, the unfinished paint job for marble floors, or least of all the peach walls for a monumental front door. I’ll look back, both with a heavy heart and a nostalgic grin, knowing full well that the memories made were all I needed for it to be a home. And for a change, I’ll cherish it, because, hey, is peach really that bad after all?

The Curious Flight Path of a Dragonfly