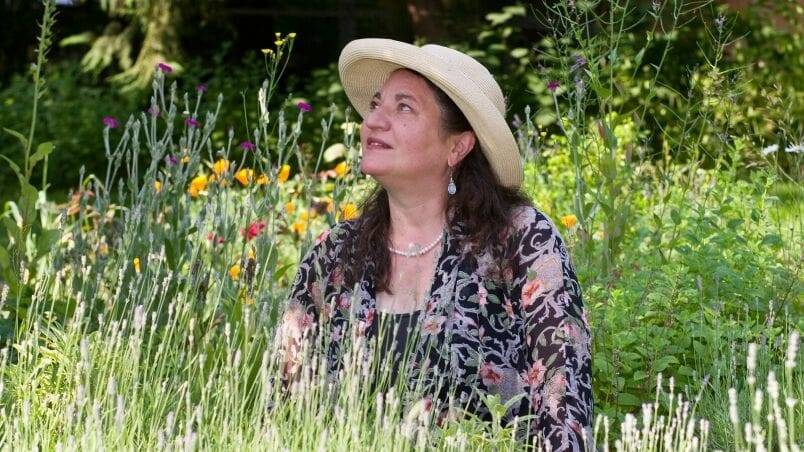 The Curious Flight Path of a Dragonfly

It was early autumn 1991. The summer heat and sweat-lodge humidity of Tokyo were beginning to crisp up to clear mornings when the silhouette of Mount Fuji once again emerged
By Beth Lischeron

It was early autumn 1991. The summer heat and sweat-lodge humidity of Tokyo were beginning to crisp up to clear mornings when the silhouette of Mount Fuji once again emerged, shimmering on the western horizon, visible from my balcony. It was no surprise that when the phone rang that it was my friend Michal.

“Moshi moshi! Besu-desu.”
“Hi Tombo Beth! You’re back?”
“Just last night. I still smell of wood smoke! And you?”
“Me too. Nepal was amazing!” Michal was apprenticed to an elderly Tibetan shaman and had returned to Tokyo from one of her month-long sessions with her teacher. “My teacher had an important vision of you.”
“Anything to do with dragonflies?”
“Ah, so you know!”
“Oh, yeah, I was in Washington doing sweats with Jean Jac and constantly surrounded by clouds of them.”
“Well, do I have a story for you,” she said. I shivered as Michal continued. “You know how I gave you the nickname Tombo because you’re so like a dragonfly? Well, she says you are Tombo!”

In Japan, the tombo is not just another flying insect. It is a symbol of joy, resilience and metamorphosis—a reminder that we are beings of light, air and water in transformation. While I was in the high chaparral of the Yakama Nation in Washington, surrounded by clouds of dragonflies, there in the faraway Himalayas, an ancient Tibetan woman had a vision of me and had sent the affirmation that I “am” Dragonfly.

Coincidences had always fascinated me, and the vision of the Tibetan shaman was only one in a steady stream of them. In those days, synchronicity didn’t come via Facebook algorithms. It came, thick and fast in my case, via a network of spirit, connectivity and mystery humming with an authenticity far deeper than today’s wiring. It truly was another world, in which intention played a more critical role than electricity.

In the world I grew up in, we lived in real time and space, and our imaginations took us exploring. Like the day you learned to ride your bike. Oh joy! Such accomplishment! Such freedom! You raced out the next morning to brave Killer Hill and knew you’d soon be a master!

But what’s this? Overnight, somebody switched the wheels and they are now square? How could this possibly be? So you spend the day learning how to cope with that, go out again the next morning and what? The wheels are now triangles? Who did that to my bike? Who took the real world away? To me, that captures the feeling of frustration and helplessness that holds hands with the interweb, especially for people born (like me) before the Summer of Love.

Consciously walking the bridge between those two worlds during the past few decades has been the most extreme of the culture shock experiences of my life, if not that of our entire human time. Shifting from a world flowing in relatively natural time and place (and maybe even ancient magic?) to the world my millennial daughter knows has brought challenges and gifts unimaginable when I was her age 35 years ago.

To leave an era is to experience nostalgia, perhaps even regret. To leave a physical place of heart can be gut wrenching. Perhaps it becomes easier with practise; at least you know what to expect. I’d been happily uprooted from Ontario at age 11, unhappily uprooted from England at age 16, plonked onto the vast Prairies and skipped across them like a stone over the next 10 years until Expo 86. I hurtled myself across the Pacific to land in Japan and finally settle, for a while. One year stretched into almost 10, and each year I’d say, “I’ll leave once I’ve figured this place out.”

But there was always more to learn. Assumptions I made, conclusions I drew, everything surfaced into the light for scrutiny, like a nymph breaking the surface tension of the pond. How deeply engrained were the values of duty, responsibility and respect in the Japanese people I knew. How stoically they accepted life. Sho ga nai means “it can’t be helped, it’s beyond my control.” Something like “resistance is futile,” perhaps.

My work in Japan was a kaleidoscope of writing, broadcasting, producing, narrating, networking, translating and educating. Common themes of traditional crafts, deep ecology and Indigenous cultures morphed into human rights and environmental protection. Just to break things up, I took on the job of rock ’n’ roll critic for the Japan Times for a long spell of “way too much fun.” When I wasn’t in front of a microphone or laptop in Tokyo, I was out there somewhere: backpacking in Borneo, dust busting in outback Australia, shuddering as 500-year-old logs fell in Haida Gwaii, doing ceremony in Maui or visiting friends in the golden triangle. My insatiable curiosity led to experiences that led to passion and commitment on so many levels. Was this what I shared with Tombo?

All this before cellphone, internet or Facebook, with a fax machine the size of a tractor and an international phone bill to match. It was at a time when, like the late 1960s, there seemed to be a shift in consciousness, possibly even a critical tipping point. Environmental awareness had barely begun in Japan, but in Europe and North America it was gaining momentum, with a focus on Japan and its shiploads of raw materials to fuel the exploding economy of those heady years.

Not everyone in Japan was sho ga nai. In April 1990, Kyoto hosted a seminal conference on the looming environmental crisis. Many of the world’s leading thinkers and activists were invited to speak, with international strategy meetings going through the nights under the springtime cherry blossoms of that most nostalgic of cities.

I was there as a journalist and guide/interpreter to a certain Japanese-Canadian scientist. I had also set up a meeting for him with key business leaders, members of a government/industry think tank. One of them said, “Dr. Suzuki, I read your book Reinventing the Future with great interest. As a father of three sons, it makes me very concerned, but as a Japanese businessman?” He shook his head, raised his hands palm up and said, “Sho ga nai…” It can’t be helped.

That was another pivotal turning point for me. Many were convinced that if enough people learned about the destruction being unleashed upon the lands and peoples so far from the decision-making centres of Tokyo, London and New York, then surely things would change? I made a commitment to the earth, and faster than a wing flit, I found myself coordinating a world tour of Indigenous spokespeople from Borneo. And there’s quite a story in that.

The next five years were enough to fill a book (and I did, in Japanese). I left Japan after close to a decade of extraordinary experiences based in a land that was part magic, part frustration. My journey home to the far-left coast of Canada, the bucolic albeit quirky Cowichan Valley, was as quixotic as the flight path of my spirit Tombo.

Landing on my feet, as it were, was a journey in and of itself. If transformation is central to the Dragonfly Primer, then adaptation has to be Chapter 2 (after all, they’ve been around since the dinosaurs). Returning to Canada in late 1995 and bearing a wee Scottish baby girl the next summer proved to be a massive journey of culture shock, parent shock and then concern for the baby’s potential sensitivities (“allergies” seemed to become epidemic during the ‘90s). Or maybe I just didn’t know many gingers.

Tombo’s need lead to creativity, and I put my nesting energy into growing and learning as much as I could about the medicinal power of plants, from a cross-cultural traditional-knowledge perspective heavily laden with the practical challenges of creating a huge herb garden while eight months pregnant.

Kate was born. I became a pioneer in the (now) burgeoning world of organic body care, a distiller of essential oils, an alchemist of herbs and beeswax. Il faut reculer pour mieux sauter. “Take a step back before a leap forward” has long been my mantra. Drawing from tradition whilst being able to integrate unimagined worlds like the interweb, to adapt and hopefully thrive in new circumstances. And gradually, my two children, 21-year-old Kate and her “twin,” Dragonfly Dreaming Organics, have emerged into a new New World of connectivity and transformation.

I recently had a conversation with a couple (he in the oil patch, she sporting a dragonfly tattoo behind her ear), and we concluded that we’re not on opposite sides, even though “oil patch vs. organic body care” could certainly seem to be. We have to find our shared realities of family, community, health, because the common ground is the only place to resolve differences.

Facebook this morning, amidst all the endless bad news, also tells of innovation, hope and resilience, adaptation and the will to survive. I can see Dragonfly weaving shimmering threads wherever transformation is taking place.

P.S. In the few months since drafting this story, Dragonfly Dreaming Organics has indeed become a family company, as my Kate has now taken on a full-time role as the social media and marketing manager. I bumped into a (now adult) old friend, Kate’s playmate when they were kids together, who “just happens” to be the David Suzuki Foundation’s Queen of Green, and we’re unrolling a tapestry of joint projects that have also brought our beloved Harrowsmith into the fold! Serendipity? Connectivity? Transformation!

Beth’s career has spanned three continents over 40 years; from theatre to journalism, narration and documentary production; fibre arts and festival production and onto developing and pioneering organic plant-based body care “from the ground up”. Supporting artisans and artists, Indigenous peoples, sustainable living and ecological responsibility have been strong threads through her working life.