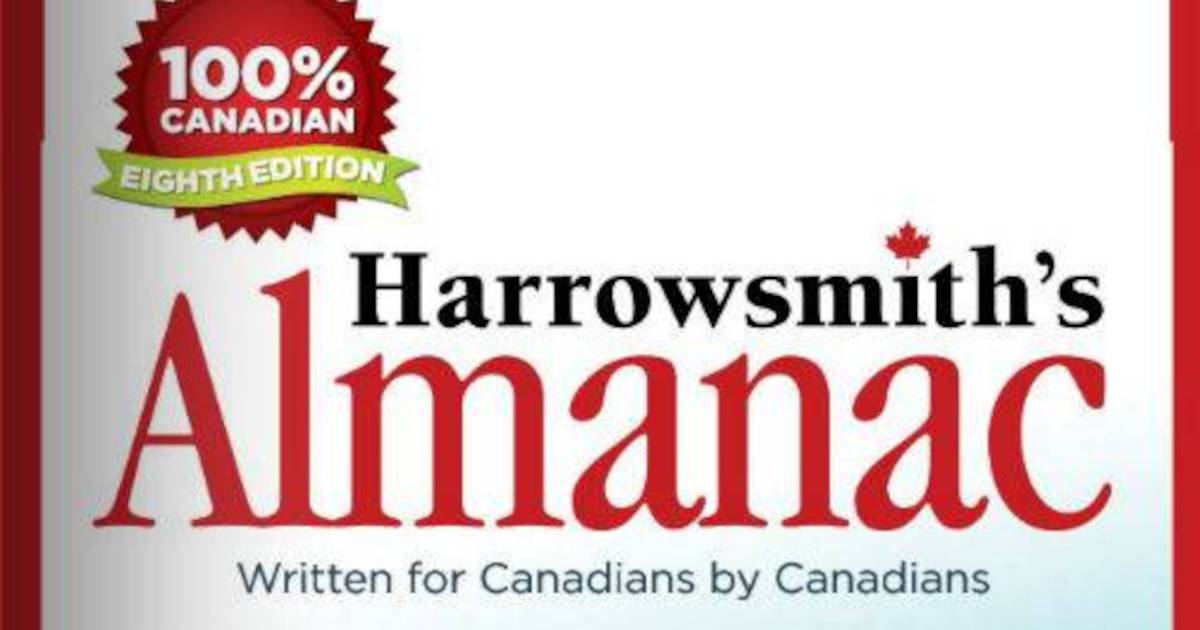 Harrowsmith’s Almanac takes a wide-ranging look at 2016.
By The Harrowsmith Team

TORONTO, ONTARIO, September 1, 2015 – As Canadians get ready for fall, the 2016 edition of HARROWSMITH’S ALMANAC will be appearing on newsstands across Canada this week, continuing a four decade tradition of providing fun and useful information about country living and treading a little more lightly on the earth.

Filled with content that’s as diverse as the country it serves, Harrowsmith’s Almanac will provide its readers with everything from why goats are awesome to an in-depth look at how Canada is harnessing the wind. Included in the latest edition of Canada’s only 100% homegrown almanac you’ll also learn more about:

Of course Harrowsmith’s Almanac wouldn’t be complete without its Miscellany section, where you’ll be able to learn about everything from a look back at the world’s strongest woman, Quebec’s own Marie-Louise Sirois-Clouthier, to the invasive brown marmorated stinkbug. Or why today’s chickens are so much bigger than they were in the 1950’s. We’ll also point out a few milestones to look forward to in 2016.

One milestone particularly close to our hearts in the year ahead is the 40th anniversary of the Harrowsmith name. First created at a kitchen table in the tiny town of Camden East, Ontario in 1976, Harrowsmith quickly emerged as the go-to source for information on country living, do-it-yourself, alternative energies and growing your own food. It would evolve to become Harrowsmith Country Life, and founded Harrowsmith’s Truly Canadian Almanac to provide Canadians with an almanac they can truly call their own. Under the direction of Moongate Publishing, Harrowsmith was resurrected. A dedicated group of people have kept the Harrowsmith name and philosophy alive through the Almanac, the spring Gardening Digest and two online issues every year, not to mention its recently redesigned website and other online offerings being developed.

“We’re really proud of what we’ve accomplished with Harrowsmith’s Almanac,” says Editor in Chief Maurice Crossfield. “The 2016 edition is 320 pages of useful and fun information for just about any taste. When the founding editors looked at the other almanacs out there they decided that Canadians deserved better. That’s a tradition that we continue to uphold.”

“The Harrowsmith brand is well known and well respected by Canadians,” says Publisher Yolanda Thornton. “Drawing on its legacy, the magazine and the Almanac in its print and digital formats continues the tradition of educating and entertaining readers with homegrown editorials on country living with a modern twist.”

Harrowsmith’s Almanac is the only publication of its kind that can honestly call itself “Made in Canada.” Other farmer’s almanacs may say ‘Canadian’ on the cover, but they are all American-made for the Canadian market. The Almanac has been a runaway success since its launch in 2008.

Publisher Yolanda Thornton, Editor Maurice Crossfield, Weather Specialist Mark Sirois and Gardening Editor Mark Cullen are available now for media interviews. We can also provide additional copies to give away as prizes to your readers or listeners.

PLEASE SHARE YOUR REVIEW: We would appreciate receiving a copy of your review or interview for our files, or at least a heads-up so we can link to it online. Thanks! 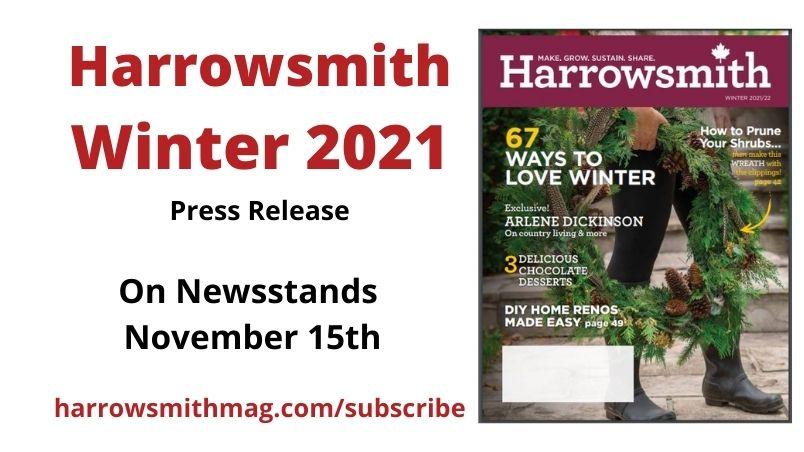 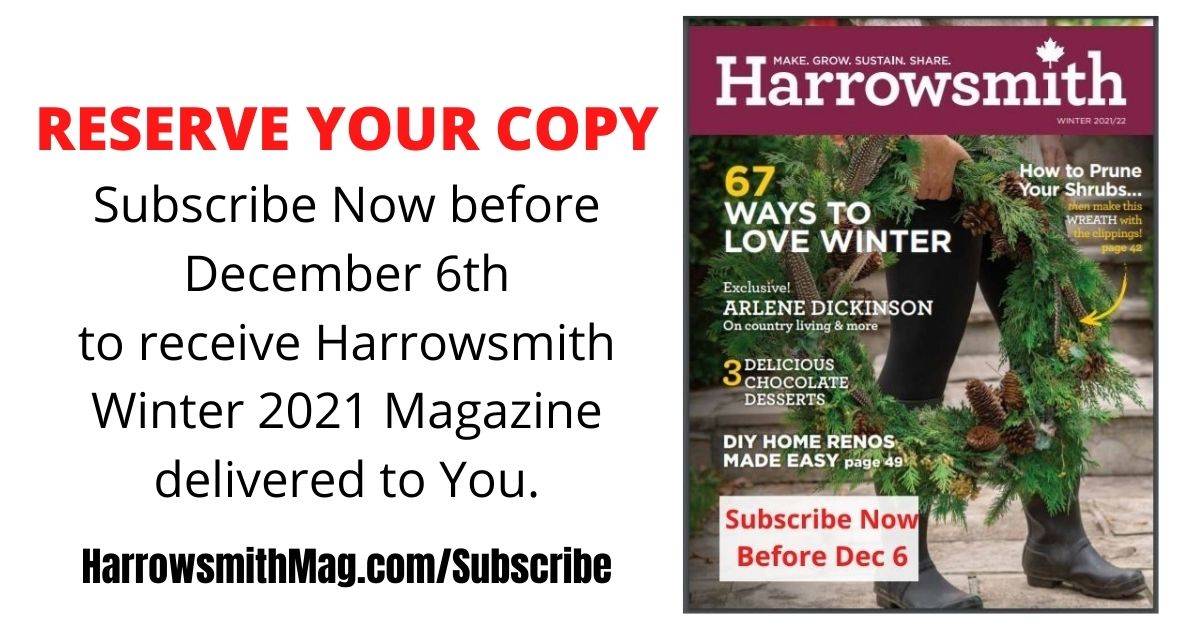 Don’t miss out on this new Winter 2021 Magazine and Subscribe today. 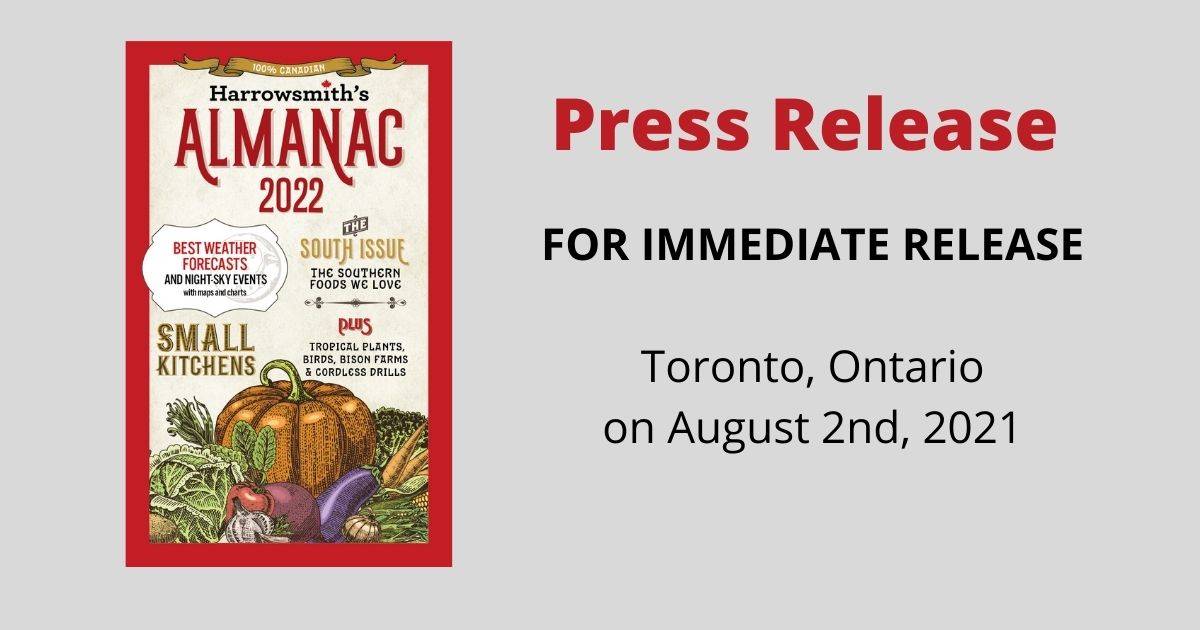 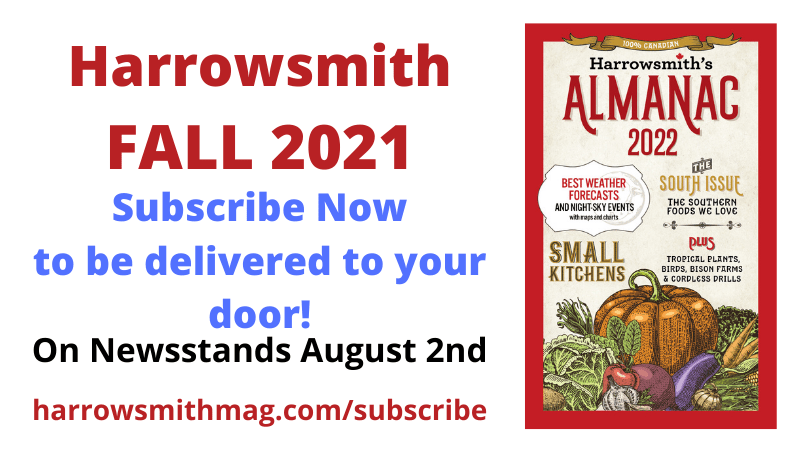 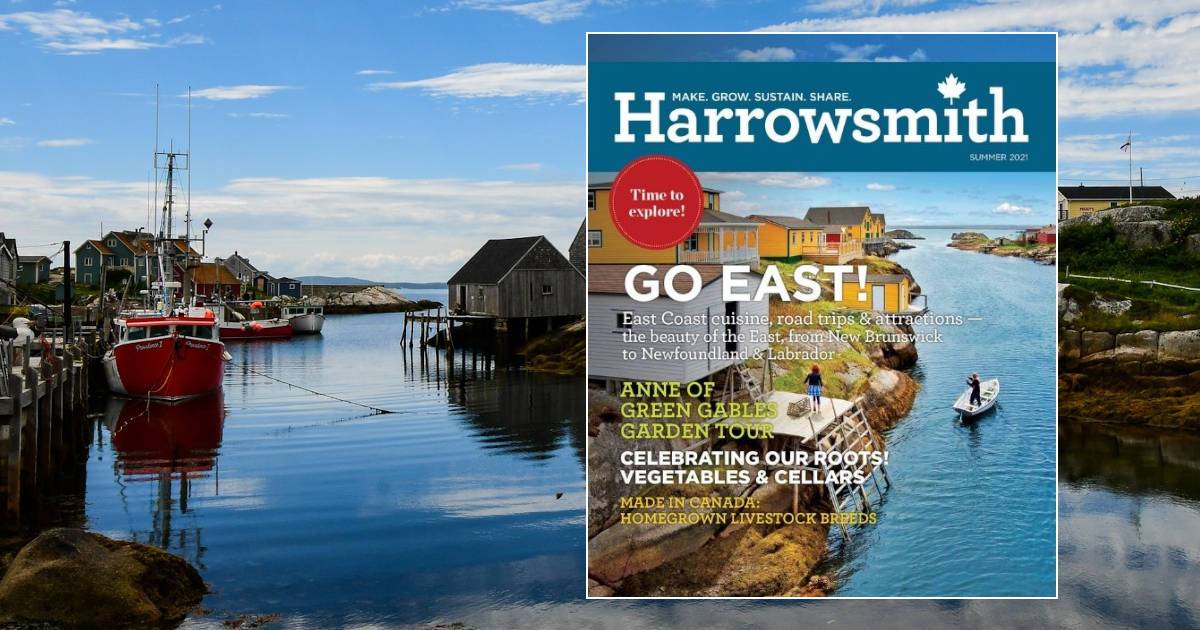 Coming to you from the East Coast!