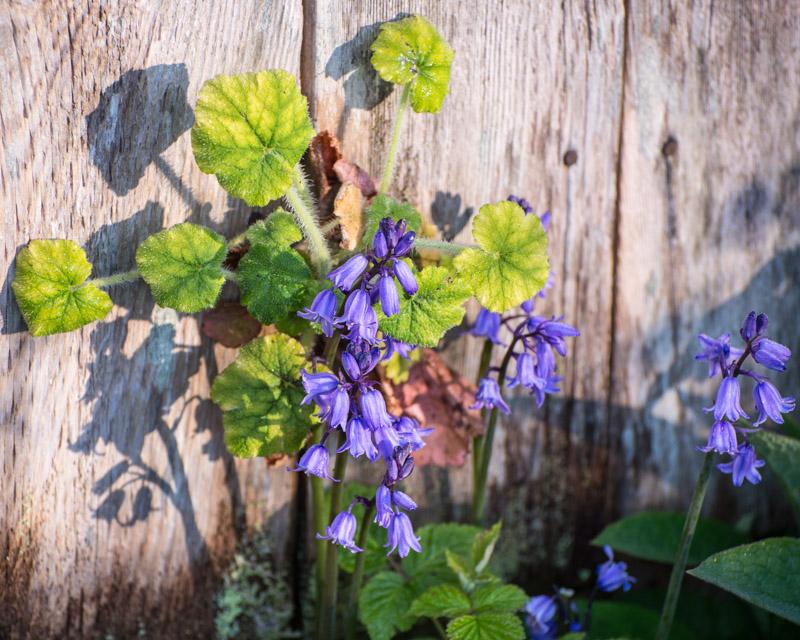 A snapshot into the life of a lighthouse keeper in spring.
By Caroline Woodward

Spring comes early on the West Coast. There is no point belabouring this climatic fact and annoying readers in Saskatoon, Sault Ste. Marie or Shawinigan by burbling on about snowdrops in January or purple crocuses in February. Or rabbiting on about the pure blue of agapanthus, a solemn-sounding mouthful better and certainly more poetically known as Lily of the Nile, bobbing their blue-belled heads amidst the glorious golden drifts of hundreds of daffodils in every border and terrace here on rocky Lennard Island in British Columbia. So enough of that.

Fact is, we have come through one of the soggiest, greyest and dreariest fall and winter seasons in meteorological history, and after measuring and documenting six stormy months of relentless west-coast monsoons, seven days a week, every morning, afternoon and evening, lightkeepers, of which I am one, may be forgiven for going gaga over the first sighting of a yellow anemone or a tiny indigo grape hyacinth. Spring is a time of close-up observation, on one’s knees or through the lens of a camera, the better to welcome the warmth of new life, fresh colour and little updrafts of fragrance into our lives.

Spring is also a time of faraway sightings of the annual grey whale migration in March, of well over 24,000 strong, beginning with solo males and then the family pods in twos or threes. The great mammals chug northward from the calving bays of Mexico and California to the rich food supply still to be found in the cold, northern waters of the Bering Sea. My husband, Jeff, and I diligently alert the Cetacean Society in Nanaimo of our first annual sighting, and then for the next month, we take our binoculars every time we go up to the observation decks before our weather reports, to spot their telltale exhaling spouts along the horizon.

Then we look up, alerted by the hoarse, squeaky kronks of brant geese, avian neighbours of those grey whales, flying north. After Jeff and I spent a stormy winter hearing nothing but pounding surf, the high-pitched chittering of eagles and the occasional influx of crows jeering at our dogs, these bird calls, so rhythmic and so far away, can seem at first an aural hallucination. But then binoculars are clapped over eyeballs and, yes, there they are in long straggling lines—the small, sturdy black-and-brown brants heading to the tundra of the High Arctic to nest. The classic Vs and honks of Canada geese come along later and are less common than those of the brants, the true coastal geese on the west and east coasts of Canada. All these migrations, like spring itself, renew the winter-weary souls of land- and duty-bound humans such as us, witnessing them and marvelling at the miracle of resilience, of life-affirming determination which they—marine mammals, birds and even those bulbs—all represent.

Late last September, as the birds were migrating south, I stood on our observation platform behind our 1904 building, which houses the radio room, the workshop, the old engine room (now our gym) and the defunct foghorn room (a steampunk movie set waiting to be discovered). I looked down at the rudimentary trail Jeff had, earlier in summer, bushwhacked out of the rainforest underbrush of salal so that a team of environmental scientists could take soil samples. I spotted something unusual amid the elegant green leaves of hardy salal so prized by florists.

I should state here that I, like most lightkeepers, have become attuned to noticing distinct shapes in the water and air, shapes that are not usually there—shapes, which, if oddly angular or perfectly round, may mean boat wreckage that must be investigated immediately, as it may be the first physical evidence of a tragic mishap. Or flotsam from the tsunami aftermath in Japan. Or the life ring that fell or flew off the deck of an Asian cargo ship safely at sea and bound for La Manzanilla, Mexico, which in that instance became a souvenir hung in our basement alongside some particularly attractive buoys. The long white curve of the bottom of a surfboard and the charcoal neoprene of a wetsuit covering a human head are other shapes we look for when summoned by Coast Guard radio to help spot a surfer in distress, which happens frequently out here in the cold-water surfing mecca of Tofino.

But these leaves were rounded, in neatly domesticated little curves, although the stems bore vicious-looking thorns. I saw small black berries with distinctive blossom ends… I climbed down off the wooden deck, over the cement foundation, and then dropped down several sets of mini-cliffs onto the rough trail, where the plants towered several metres above my short self. I found the domestic shrub/tree, for that is what it was, and I confirmed, by sight and taste, the delicious blackcurrant. I looked down through the dense tangle of growth to trace its long, thick trunk extending horizontally through the underbrush. I lost sight of it within three metres (10 feet) of where I was crouched, but I could still see several places where a branch had shot straight up, lunging for its own air and sunlight above the crowd of its wild neighbours. Whoever would have planted blackcurrant shrubs near the exhaust pipe of the old engine room? The light station’s engine room was moved decades ago to the flat turf of the helipad, close to five massive tanks of diesel fuel and the streamlined setup of metal pipes that ran from the refuelling end to the tanks.

It had to be a bird. A fly-by gift from a crow, most likely, fresh from filling up on tartly delicious currants purloined from the gardening efforts of a homesick European in Tofino. I reached into my pocket for a piece of twine (my pockets are caches of string, twist ties, smooth sea glass and heart-shaped stones) and tied it around the closest skyward-reaching branch of the blackcurrant. I marvelled at how this shrub contorted itself to find the light and to give life to its berries, at its will to live and thrive. Then I, witnessed by two anxious dogs, managed to hoist myself back up the steep cliff and to rip my favourite pair of old jeans in a last mighty effort to heave myself up and over the cement foundation and flop onto the wooden deck rather like a winded sea mammal.

In November, I climbed back down the slippery rocks choked with salal roots, packing hand secateurs and a long-handled set of pruning shears, wearing leather gloves, hiking boots, my thorn-proof old raincoat and a pair of ancient double-knit pants I wouldn’t be caught dead in anywhere else. I found the twine and lopped off that branch and its neighbour, leaving another smaller one I could identify as blackcurrant. I hauled both branches, each well over three metres (10 feet) long, up the cliff and tossed them gently up onto the observation deck. Then I leapt, graceful as a gazelle in my stretchy 15-year-old pants (just kidding), up and over each obstacle until I joined them and both dogs, who supervised from on high, as usual.

As per gardening book instructions, I used the secateurs to make two dozen 15 cm (six inch) long pieces of blackcurrant stems, known by the cringe-worthy horticultural term stools. I simply put them into the earth of one vacant greenhouse bed and into a huge pot that once housed two large tomato plants.

In late April, I’ll carefully dig up each blackcurrant stool again, careful not to hack through their new root systems, and I’ll plant them in a long border prepared for them during the past winter. This land was clogged with cow parsnip and other invasive characters, but two old gooseberry bushes and lichen-covered rhubarb plants, long since moved and now thriving in two other raised beds, gave evidence that it had once been cultivated by a green-thumbed lighthouse keeper in the past. There were also several dozen daffodils found in severely crowded underground clusters of bulbs. The latter were dug up and promptly dug back into yet another bank to battle with creeping buttercup for supremacy, and to grace us all with their beauty this spring.

Spring, oh spring! The land and sea and sky are all thrilled at your arrival! We have wild nettles for gnocchi and spanakopita, and nodding onions growing in profusion near the reefs for savoury stir-fries and omelettes. Plus, the final feasts of mussels from the reefs, with sprigs of fresh thyme and a handful of nodding onions tossed into the pot, some minced garlic from our fine crop, a splash of vermouth, a glug of white wine, two whole star anise (as per my friend Annie’s excellent recommendation), some unsalted butter for each bowl, and voilà! Mussels meuniere to enjoy with a still-warm loaf of sourdough bread for dunking. 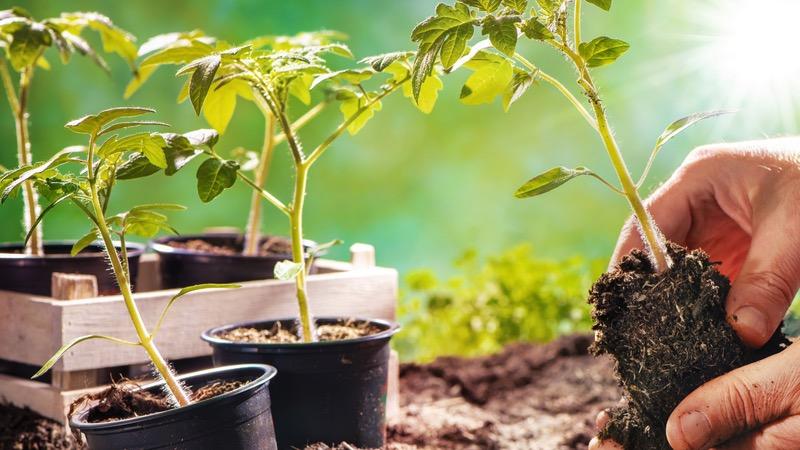 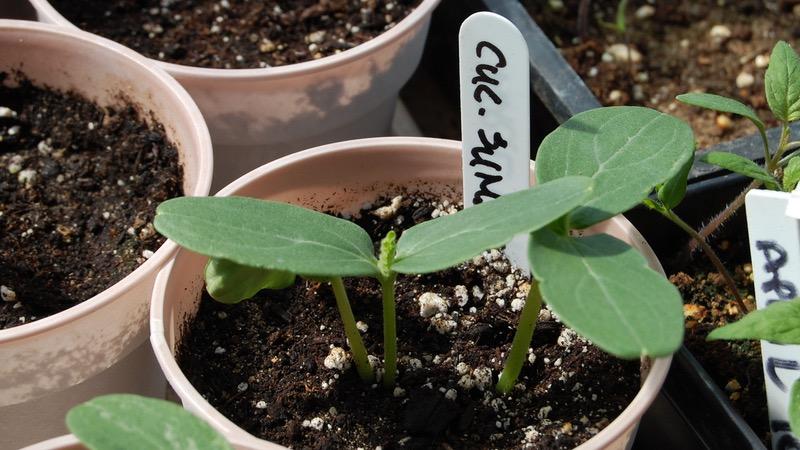