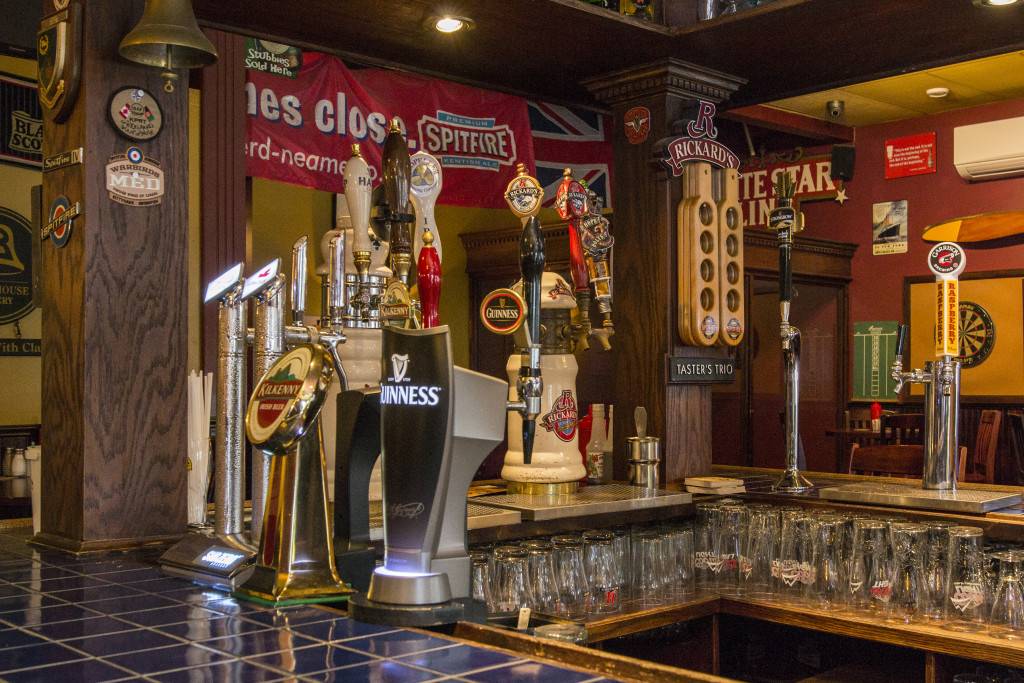 Welcome to the Napa of the North(east)

Annapolis vineyards are turning out some top-quality wines, while craft breweries have some excellent award-winning ales and lagers on tap.
By The Harrowsmith Team

They don’t grow any grapes in the Big Apple, do they? We rest our case.

The Annapolis Valley has a burgeoning wine industry, with eight wineries, including a cluster of seven at the eastern end from Falmouth to Blomidon.

It’s a tradition that goes back to the 1600s, when the wine-loving French settlers got homesick for the noble grape and made Nova Scotia one of the first places in North America where grapes were grown.

Nova Scotia is cooler than most wine-growing regions, but the vineyards in the Annapolis Valley take advantage of a promising terroir that produces some fine grapes and even has its own appellation known as Tidal Bay.

Jeff Pinhey, a Halifax engineer and part-time professional sommelier, credits the Nova Scotia wine industry to the audacity of one man, Roger Dial. In 1979, Dial planted more than 100 grape varieties at Grand Pré, the warmest spot in Nova Scotia.

“The story goes that he was hoping to see what might survive, so he’d know what to plant out in the vineyard,” Pinhey says. “But to his surprise, almost everything survived.”

In the last 35 years, climate change has made it a little warmer, allowing the cultivation of more sensitive types of grapes.

“In a good year, when the grapes can fully ripen, there will also be production of good and maybe even great still wines from Riesling, Chardonnay and Pinot Noir, and perhaps Cabernet Franc,” Pinhey says. “I have had wines made in limited quantity from all of these that were outstanding.”

The most important factor in Nova Scotia putting itself on the wine-making map has been what Pinhey calls the influx of talented vintners who have come to work in the verdant valley.

eople who want to be on the edge.”

Some of the talent is even homegrown—people who grew up here, went away to learn their trade, and have an industry to come home to work in.

Many of the wineries offer tours, and most also have restaurants, where you can pair a bottle of their wine with a meal. If you want to sample from more than one winery in the same day, there’s the Wolfville Magic Winery Bus. With three departures a day from downtown Wolfville, it will shuttle you to four wineries and then bring you back to Wolfville at the end of the day.

For the ultimate gimmick, go to Luckett’s Vineyard and find the red British phone booth in the middle of the vineyard. From there, you can call anywhere in North America toll-free.

If beer is more your speed, there are more than a few places to whet your whistle with some fine, locally crafted ales. You can go to a traditional British watering hole like the Spitfire Arms Pub in Windsor, where they have beer from the nearby Schoolhouse Brewery in Falmouth on tap.

You can also order one of the many fine big-name ales from England, Scotland and Ireland at the Spitfire Arms, and raise a glass to victory while checking out some of the World War II vintage memorabilia in the pub, which pays homage to the famo

There are also two popular brew pubs: Paddy’s, with locations in Wolfville and Kentville, and The Port Pub in Port Williams, which operates in tandem with Sea Level Brewing. The Port Pub is one of the few places in Atlantic Canada that has truly earned the right to call itself a gastropub, says Pinhey, who also serves as a judge for beer-making competitions. It’s on the banks of the Cornwallis River and offers a great view of the tidal flats constructed by the Acadian settlers more than 250 years ago.

“Sea Level has been providing great beer since 2007,” says Todd Beal, who writes the Maritime Beer Blog. “They have a lot of seasonal offerings, so there is always something new to try.”

Beal’s favourite brewery is Bad Apple Brewhouse in Somerset. It’s the second-smallest brewery in Nova Scotia, but highly recommended by Beal because of brewmaster Jeff Saunders’ passion for beer, and his “bold and exciting” offerings. Saunders will offer traditional IPAs and stouts, but also makes a beer with dulse, mint and cucumber, and has even aged some beer in wine barrels. Bad Apple won Brewery of the Year at the 2014 Atlantic Canada Beer Awards.

“It is worth the trip to his brewhouse,” Beal says.

If cider’s your thing, the apples from local orchards aren’t all for eating. Stutz makes a delicious alcoholic cider, and if you’re a teetotaller, I recommend Boates sweet apple cider, a legend in the valley.