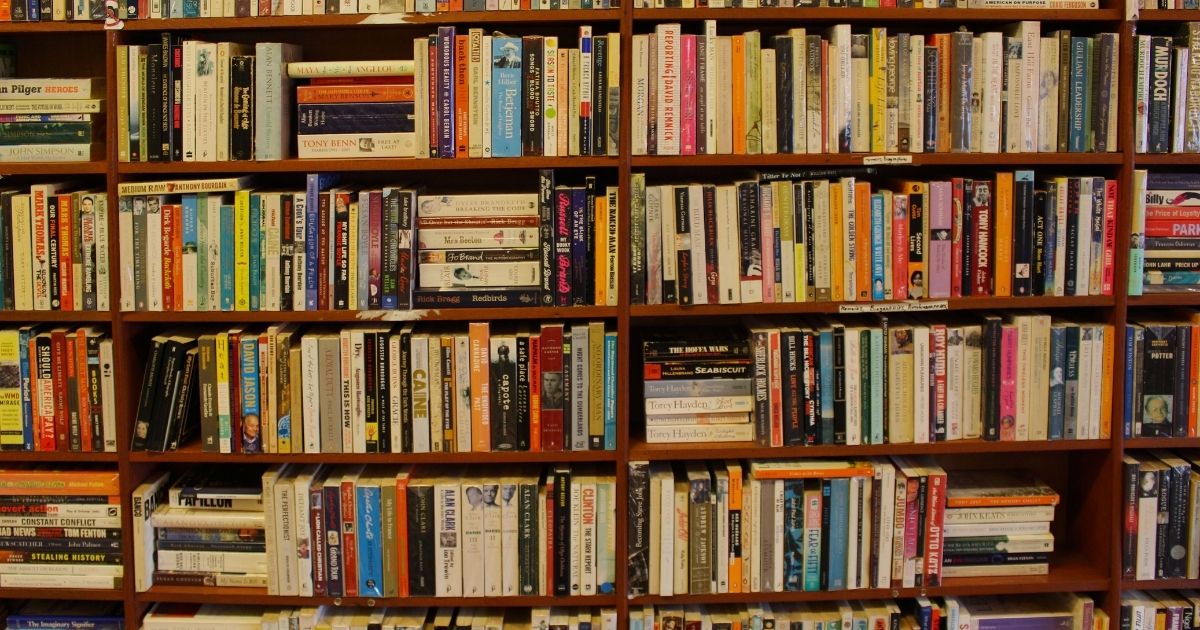 What’s keeping us up at night.
By Jules Torti

Every Little Scrap and Wonder: A Small-Town Childhood
By Carla Funk
(Greystone Books, 2019)

There are simply some books that you inadvertently read out loud to whoever is closest—cat or human. I found myself having a giant laugh and then being unable to resist sharing long passages of Carla Funk’s memoir. Though I worried that the religious overtones might be off-putting, they make sense and are vital, as Funk’s childhood spun tightly around the Mennonite church in Vanderhoof, British Columbia, one of the earliest Mennonite settlements in the province.

There’s no such thing as a normal day—this was never an option with the full-tilt imagination and rebel-rouser ways that make Funk tick. Her kid-mind narrative on “Butcher Day” and observing a pig being “unzipped” is glibber, gristle and guts, but you want to be there, hanging on to her shirt sleeve. She makes her dad’s beloved “schmaltz” (“pig butter” or, less technically, the bottom of the tub of lard) almost appetizing when fried up crisp in a pan.

Her account of the First Annual Ping-Pong Ball Drop in their village will be the story you retell to friends. This is the one that will convince them to read Every Little Scrap and Wonder. A helicopter dumps thousands of Ping-Pong balls into the Co-op parking lot, with the promise of prizes galore for specially marked balls. The chapter is a riot and Funk’s excitement reaches a fever pitch. It’s contagious.

Funk is a wild card, all scraped knees, stolen smears of lipstick, angsty diary entries and admirable resilience. Whether she is revisiting her 4-H lamb experience, learning how to type, playing football with a pig’s bladder or just recounting a routine night around the dinner table, Funk’s questioning of tradition is at a constant hum.

It’s not surprising that Funk is the author of five books of poetry. This same grace and agility with words continues in her marvellous memoir.

How to Catch a Mole: Wisdom from a Life Lived in Nature
By Mark Hamer
(Greystone Books, 2019)

Like how Hemingway’s Green Hills of Africa made me want to drink whisky and eat skewers of antelope around the last licks of a fire, Mark Hamer’s memoir instilled a similar desire to be a mole catcher and simpatico with life underground.

There’s never been a more beautiful, oddly meditative book. It’s as sweet as red velvet cake, and the prose (some of which is actual poetry) must be savoured as such. While the plot surprisingly (and successfully) does indeed revolve around catching moles (this is not an outward metaphor), there’s a greater exploration of aging, fulfilment, regret and attachment. With gorgeous brevity, How to Catch a Mole is seemingly backlit like Kodachrome slides.

Expect lots of quirky tidbits on the sui generis nature of moles. Did you know they eat 20 kilos of worms a year? Or that on an average day they can tunnel 20 metres? Hamer’s intimate knowledge of the mole’s behaviour is David Attenborough–like. He knows their avoidance tactics and heightened sense of danger, detected in the sudden presence of oxygen in a tunnel. Breach! Comparing their tunnels to Earth’s intestines, he treats readers to a fascinating examination of moleology, archaeology and an introduction to moles around the world.

For gardeners (who may sneer at the mention of moles), there’s a beautiful observation of the seasons (life and earth) that will slow your steps. Hamer’s life has been focused largely underground: He doesn’t miss a beat with the insect world that alights on his neck and bare arms. He’s deeply tuned into the dips in barometer and changing skies. Like the mole, his senses are equally heightened and his awareness of all things stationary and moving are to be rivalled.

How to Catch a Mole is the best book I’ve read this decade. It will catch your breath and make your heart pound a little faster. It’s beyond precious.

Richard Van Camp’s talent lies deep in creating flawed but lovable characters. The sense of place he instills in his stories is palpable like no other. The Dogrib writer from the Dene Nation is quick to credit the tradition of oral storytelling as a bloodline in his work. Wherever you are sitting, you’ll need to shake Fort Smith and the Northwest Territories out of your head before resuming normal conversation. He puts you smack dab there—you can smell the bannock, the bear grease and the trapped humidity in a ski suit.

When Van Camp describes Pop Rocks as “the ocean of science and strawberry fizz,” you feel it. His version of 1986 and Halley’s Comet, Mr. Mister and Galaga is like strapping in to the front seat of a time capsule.

He captures teen tension and dialogue so well that you might question his age, but the mature writing finesse that made his 1996 novel, The Lesser Blessed, a film adaptation shoo-in is evident. In Moccasin Square Gardens, readers will feel the weight of the generations in every short story. I wish I could drop in for tea with a few of the aunties and ask more, learn more. His characters are soul tired, addled by addictions yet hopeful. Dreams are being left behind, there’s talk of hydroelectric dams, decreasing caribou populations—all the while, bingo and booze continue to be the bandage for many.

There’s new lingo to smile at, like “Indian champagne” (cranberry juice and ginger ale), “Indian tuxedos” (black jeans and a moose-hide vest) and “Hawaiian Hotbox” (you’ll see). Lessons are imparted; no story can be taken at face value with the looming shape-shifters and Sky People. Careful interpretation can be near magical, like watching supernatural flick The Sixth Sense for the very first time: There’s that unchangeable moment at the end where you can’t help but say aloud, “Oh, wow. So that’s what was happening. I see what you’ve done there.”

For those who adore everything Emily Carr, Woo is a delightful romp and return to Carr’s turbulent world. Grant Hayter-Menzies’ biography is densely researched, and Carr fans and primate lovers alike will be engaged and enriched. This was a 10-year passion project for Hayter-Menzies, and the delicate see-saw between past and present is perfectly balanced.

Woo generates a guaranteed stir. It’s like pulling up a chair to a well-informed and curious dinner party whose guests are eager to debate. There’s soft criticism of the pet shop owner who first acquired Woo, a Javanese macaque. It was 1923, a time and place when the ramifications of the exotic animal trade weren’t questioned, just like residential schools and burning coal—all with implications that are still being addressed today.

Emily Carr was indeed a product of her time, and her eccentric leanings were bone deep. She had a pet crow at age 15. Woo was a mere extension of her curiosities and admiration of the animal world. Her pets were not confined to the conventional dog, cat, fish.

The anecdotes are charming, and I found myself referring to the healthy footnotes section because I wanted more, like the account of a friend who remembered Carr packing for a camping trip. Woo managed to assist by filling a suitcase with shoe insoles and discarded fruit. I can just imagine the daily parade around Carr’s Victoria neighbourhood with Woo in a pram and her motley crew of dogs in tow. She was always a spectacle, as though her art and brushstrokes carried on from the canvas to the sidewalk.

There’s a good chunk of Canadian primate history here, too, from the demise of the Stanley Park Zoo’s Monkey House in Vancouver to the present-day, Jane Goodall–endorsed Story Book Farm Primate Sanctuary in Sunderland, Ontario. Story Book is where we meet 25-year-old Pockets Warhol, a capuchin monkey and former pet since infancy, who was surrendered by a B.C. woman unable to continue to care for him. Pockets is a painter in his own right and has become a Facebook phenom. He is one of the top-selling animal artists in the world, and his masterpieces help support the sanctuary. I think Carr would approve of the entrepreneurial move.

The intertwined story of Woo and Pockets offers a dynamic portrait of controversial human-animal relationships. Hayter-Menzies’ theories and ideas are calculated and unapologetic. In between, his dedicated narrative fills the gaps in art history and the current mindset, painting an intriguing biography of one of Canada’s greatest icons and the monkey she found solace in.

Hayter-Menzies is donating 40 percent of his royalties from Woo, the Monkey Who Inspired Emily Carr to Story Book Farm Primate Sanctuary.

Winter Wonders – Due to COVID-19, please check their websites to see when open