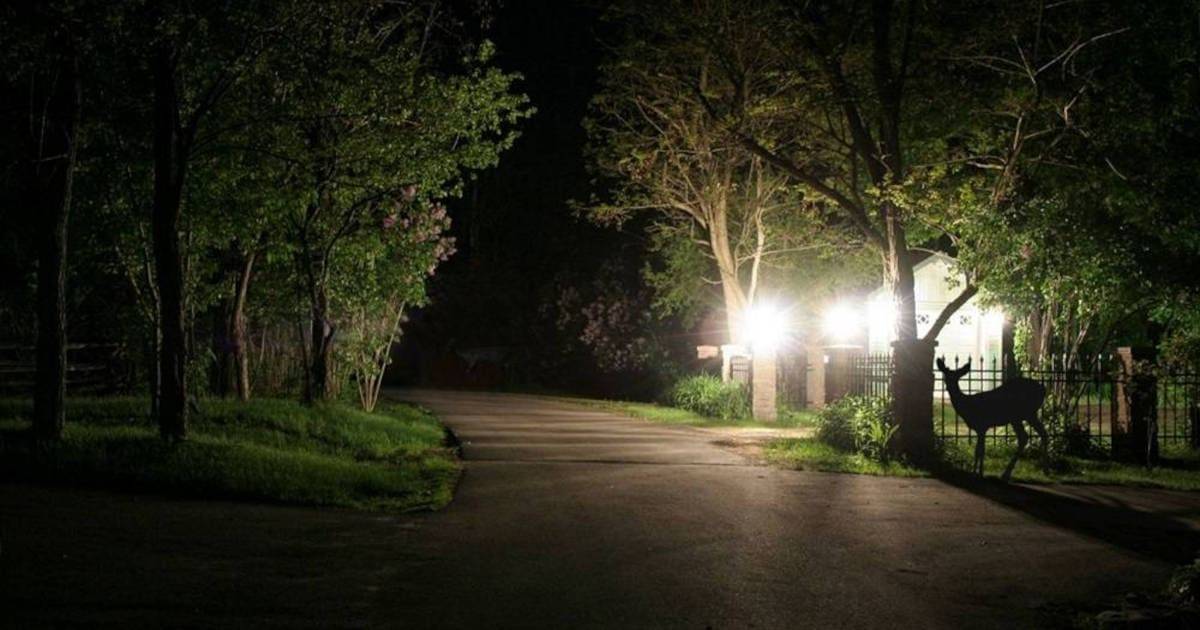 Light pollution is disrupting wildlife and the signs can be subtle.
By Robert Dick

We don’t understand it, so we’re afraid of it, so we light it up. That way, it isn’t there anymore.

Humans are diurnal creatures. We dominate the landscape. What we want, we get. We live for the day and, for the most part, sleep through the night, or party late into the evening. We’ve studied the benefits of light on biology (photobiology) and choose to light the night even though most people are asleep.

But we are not alone in the night. In terms of numbers, humans are a distinct minority. Unknown to most people, our outdoor lighting means trouble for most other species Outdoor lighting is an anomaly in nature.

Why can’t we accept this nocturnal environment for what it is—dark?

Over 60 percent of all biology depends on and exploits the darkness of night. Indeed, using the new science of “scotobiology” (the study of the biological need for periods of darkness), we are only starting to understand how critically important darkness is to our health and well-being.

Animals unconsciously use the natural light to cue and moderate their behaviour. The fall of twilight is a biological and behavioural cue that’s critical to their survival, but artificial light extends twilight throughout the night. We know that our light is artificial, but most other species do not: it fools their biology into thinking it is not yet night, causing inappropriate activity for some and dormancy for others.

Ever wonder how animals know when to prepare for winter—without a calendar?

By the time it begins to get cold, it is too late to gather enough food stores for winter or to begin migration. The falling temperatures of autumn are a warning, but an unusually warm autumn could prove deadly. Nature has evolved a more reliable cue: animals use the shortening daylight as a harbinger of winter, creating an urgency that is felt by many species.

We understand the difference between artificial light and natural light, but animals do not. Our artificial light lengthens the apparent daylight, resulting in complacency among animals late in the season, with stressful or deadly consequences. Consider the changes to the ecosystem that have been reported in the media: the decline of insects, songbirds and other animals, and changes in vegetation. (Compare a natural rural field with one in a city—they are different.) These have been blamed on changes to the environment; night-long twilight is one of those changes, yet it is the easiest to fix.

The signs of pollution may be subtle

Fish are predators for the smaller fish, and near the bottom of the aquatic food chain is zooplankton, which are very small animals that feed on algae and other plants. Some species stay deep in the dark during the day—hiding from the larger predatory fish—and only rise near the surface at night (a phenomenon known as diel vertical migration, or diurnal vertical migration). Shoreline lighting fools them into thinking it is still twilight, so they don’t approach the surface, which leaves algae to bloom, die and rot, adding toxins to the water.

We tend to view outdoor lighting as “natural” and accept it even when it’s a nuisance. The glare across the water from shoreline lighting also disrupts navigation by late-night boaters, who can’t see the floating hazards in the channel. That leads to drifting out of the navigable channel and collisions with flotsam.

What can we do?

Most problems occur primarily between late evening and early morning, when most people are sleeping. These outdoor lights serve no human purpose because there is no one around to monitor the illuminated property, but they undermine the natural behaviour of animals across the countryside.

The brightest light of the natural night is the full moon. But the moon’s illumination is only one-tenth of what is required for most people to read a sign or a map, so if you need to read, you need more light.

The solution is to limit the extent of the affected area by shielding your light fixtures. Don’t let your lights shine off your property; if you can see a lamp from down the road, it’s not shielded well enough. Also use the dimmest practical illumination.

Dim or turn off your lights when you’re indoors. When watching TV or sleeping, you can’t see what’s outdoors, anyway. If you appreciate the sounds and the solitude of the night, do your part to preserve it.

Finally, don’t use white light outdoors at night, as it blinds our night vision. It also fools the circadian rhythms of all life into perceiving it as daylight. For humans, the resulting ill health may be a nuisance, but for animals it’s a matter of life and death.

Have you wondered how animals navigate at night?

During our late-evening walkabouts, we navigate by landmarks and perhaps even by starlight if we are travelling across unfamiliar territory. So do animals. But our society promotes only the use of our daytime vision with an urban policy requiring illumination that is so bright our night vision is blinded. Once blinded, it takes several minutes of darkness for it to recover. We can wait, but this delay makes animals vulnerable to predation.

The anonymity provided by darkness keeps more timid creatures safe as they forage for food. In the bush, animals can use their memory of paths and scents. In open grassland with few landmarks, they can use the stars. But exposure to a bright light makes the landscape and the sky look black and featureless.

Animals use their circadian rhythm to compensate for the shift in the star’s position as Earth rotates, so they can navigate back to the safety of their borrows before dawn. But our artificial lights create “stationary stars” on the horizon. At the end of the night, these “stars” give a false direction, trapping the animals in the open at dawn and making them vulnerable to predation.

Animals are smart: they don’t want to go where they cannot see. Without their night vision, they can only see the bright patches of light, not the landscape. The predators, however, like light—it helps them hunt. Artificial light gives the predator the advantage. A predator is only a nuisance for the homeowner but deadly for its prey.