Oh, the holidaze. That familiar fog of retail and egg nog creeps in before Jack O’ Lanterns have properly composted. But, Christmas doesn’t have to be a chore when you have a golden list of simple ideas that go beyond the generic gift card or guilty re-gift. We know you want to buy the feel-good […]
By Jules Torti

Oh, the holidaze. That familiar fog of retail and egg nog creeps in before Jack O’ Lanterns have properly composted. But, Christmas doesn’t have to be a chore when you have a golden list of simple ideas that go beyond the generic gift card or guilty re-gift.

We know you want to buy the feel-good stuff that’s easy on the earth and, hopefully made in Canada. Whether you lean towards the practical or extravagant or experiential, those on your list will be thrilled to be on the receiving end of thoughtful and original gifts like these. 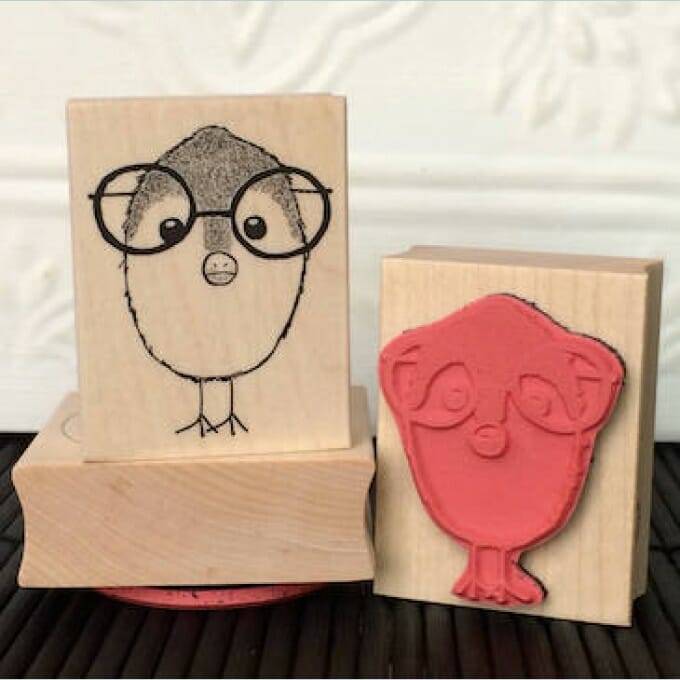 These hand-crafted stamps are made from genuine natural red rubber mounted on Hard Eastern Maple. Located in Lion’s Bay, BC, the original designs are inspired by the company’s west coast surrounds, etchings from rare books and antique typeset engravings. Stamps are a fun and personal gift for kids and adults alike as they are multi-purpose. Use them to mark your book collection, for scrapbooking, stamping gift tags or place settings. Choose from a gorgeous gallery of barnyard animals, birds, butterflies, bugs, herbs and flowers. There’s one for everyone on your list. The feel-good? Supporting a Canadian artist’s vision and success! 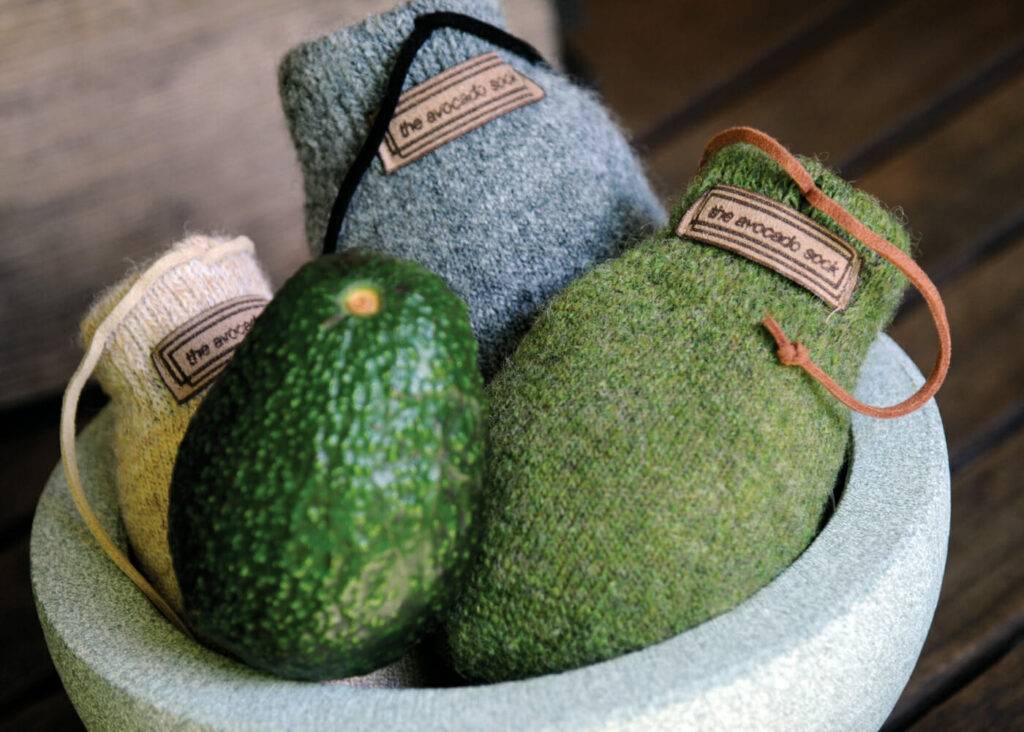 There’s nothing more disappointing than having a guacamole craving foiled only by an unripe selection of avocados as hard as granite. Thanks to the genius hack of Dianne Sherwood, you can speed up Mex-inspired menus with the help of her avo-cozy Avocado Sock. The idea stemmed from her intelligent solution of stuffing unripe avocadoes into ski socks to speed up the ripening process during her catering days. The socks are knit in Alberta with Shetland wool sourced from a 200-year old mill in Scotland. The natural lanolin and warmth helps encourage ripening—within 48 hours. The feel good? A social enterprise in Vancouver employs people with employment challenges to finish off the socks with microfiber look-alike leather and soy-based ink tags. Be sure to support the local retailers that Sherwood partners with. Locations (hopefully near you) are listed here: https://www.theavocadosock.com/. 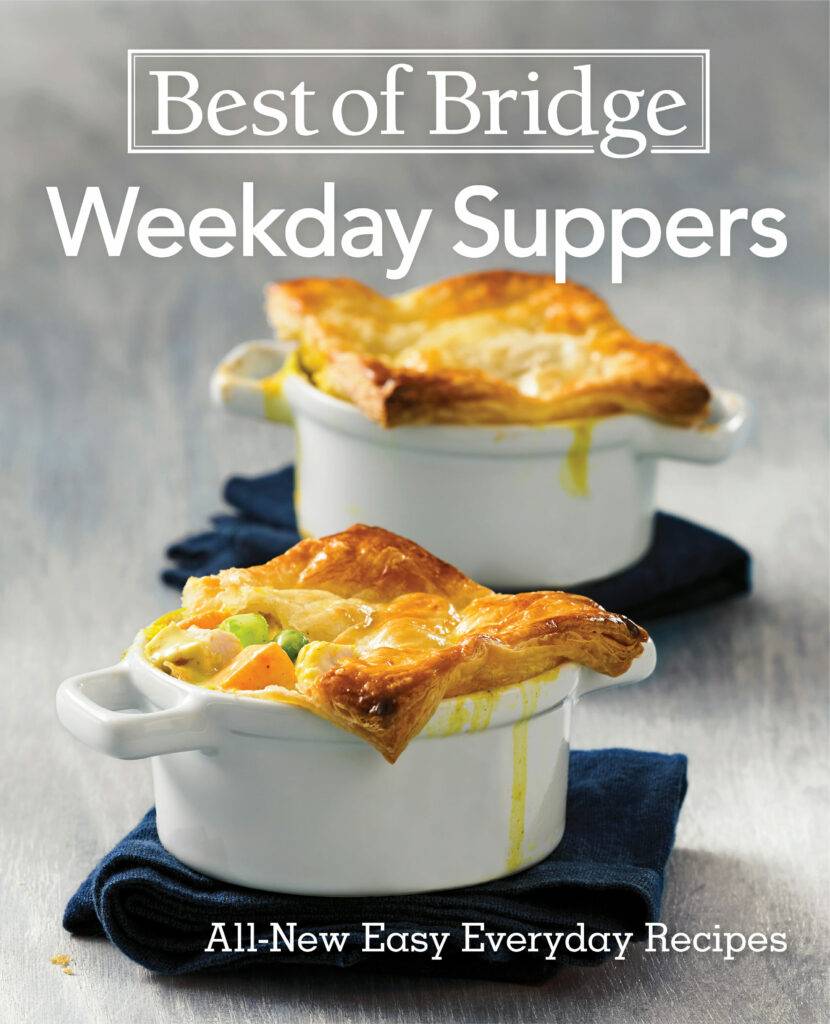 Now here’s a win-win gift. When you give someone a cookbook, there’s a good chance you’ll benefit from a future invite to try the Chorizo and Shrimp Orzo Paella or Chicken Tortilla Soup. Maybe you’ll be offered a dozen Pumpkin Chocolate Caramel Cookies! The Best of Bridge family is one of Canada’s greatest publishing stories. In 1975, a group of women who had gathered to play bridge for a decade decided to makes things decadent. Their cherished get-togethers were about more than competitive bridge, it was about the snacks and potlucks synonymous with the game. Some 40 years (and 4 million copies) later, the ‘family’ has grown to include two new contributors (cookbook author Emily Richards of Guelph, Ontario and Sylvia Kong a food stylist from Calgary, Alberta) and another generation. While the staple go-to recipes of the past are still reliable favourites, the Best of Bridge Weekday Suppers offers 175 new recipes designed with all the variables in mind: the seasons, international influences, classics, meat and vegetarian options, streamline prep time and 100% satisfying ideas for hurried weekday nights. You’ll love the larger font, cute quips and binder format. The feel good: The Best of Bridge legacy is as Canadian as maple syrup. And, Curried Turkey Pot Pie screams Happy Boxing Day to us! 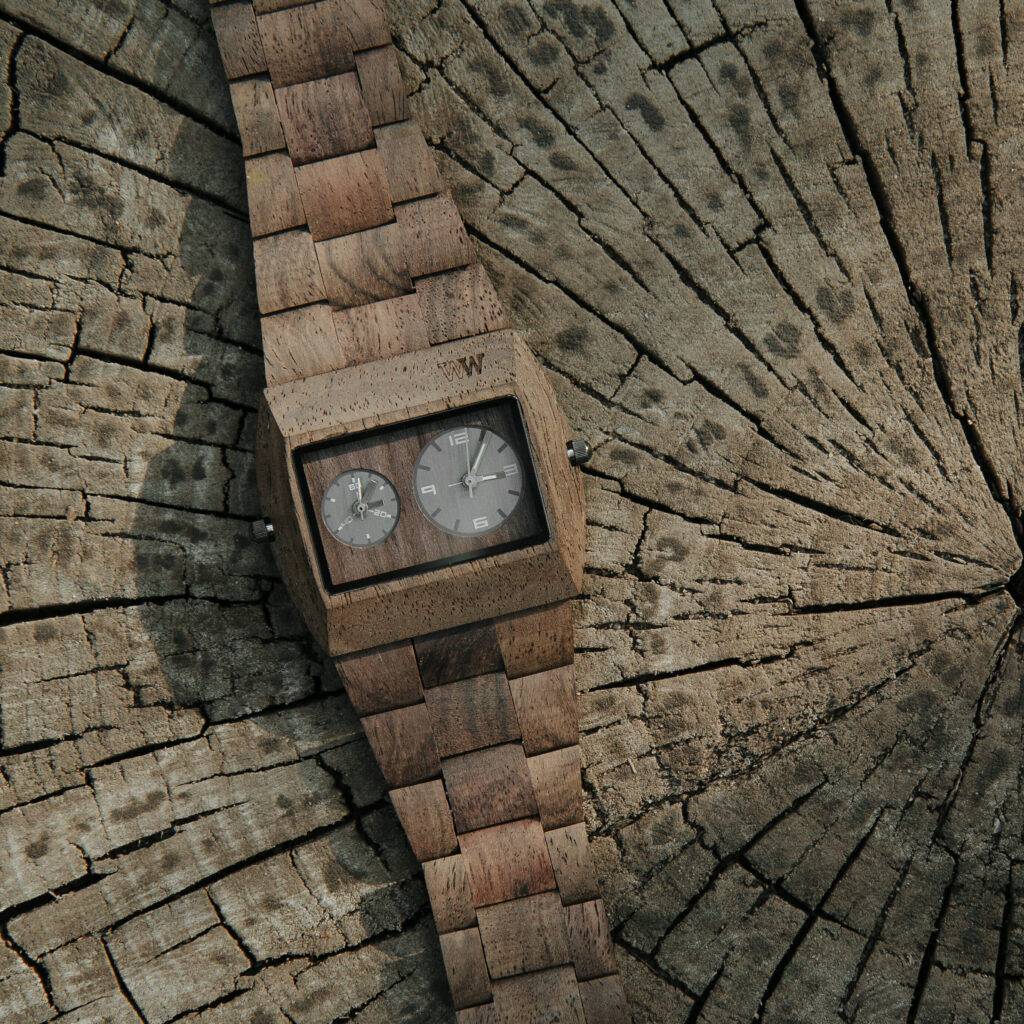 It’s about time! Though they are not Canadian, we have to champion this Italian brand for their commitment to repurposing. They were the first company to create watches completely from wood using exotic and nont-toxic remnant hardwoods from around the globe. The Jupiter is a stylish, sustainable and slick signature watch made from maple. As the WeWOOD site suggests, maple is known as a traveler’s wood and “attracts those who enjoy change and movement.” The feel-good factor: For every watch sold, WeWOOD plants a tree through non-profit collaborations like Trees for the Future. 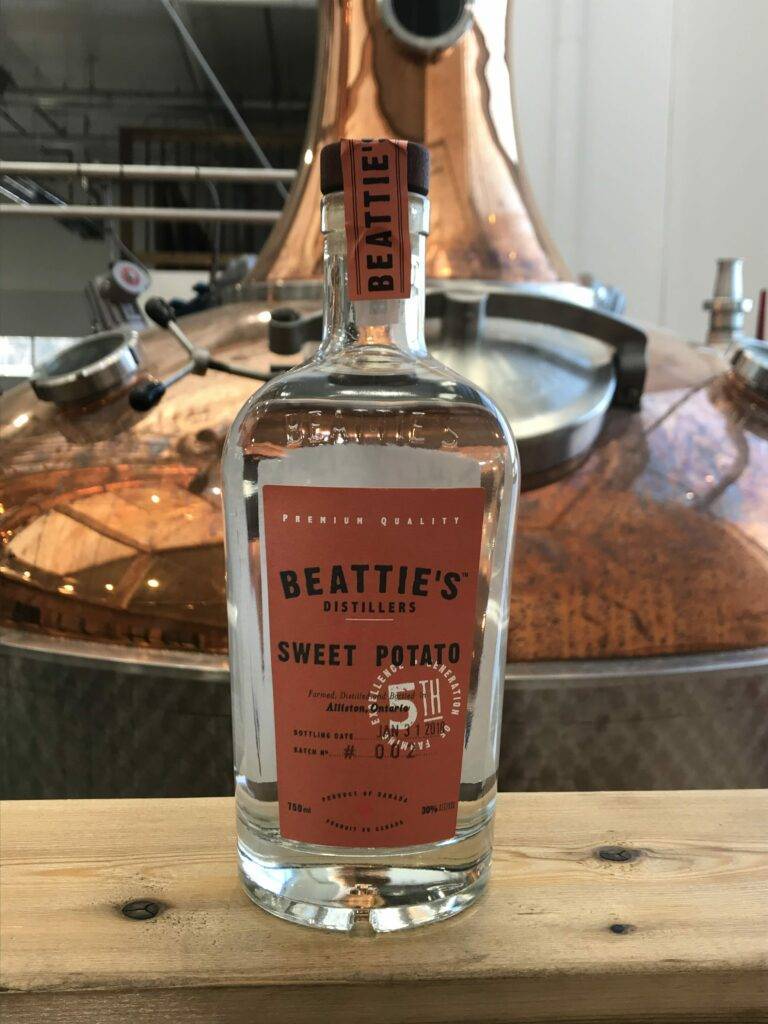 Now available at the LCBO or at Beattie’s Retail Store in Alliston, Ontario, this farm-crafted vodka will put everyone in the deck the halls spirit. The Beattie family has been farming for five generations. In the ‘70s, Ronald Beattie established contracts with large chip suppliers which resulted in him building a facility to house 12 million pounds of potatoes. He doubled this number in 1974! In 2013, Ronald’s son Ken and his effervescent wife Liz visited a vodka distillery in Prince Edward Island. Inspired, they got ‘into the spirit’ and established their own brand of potato vodka that puts everyone instantly under their spell. This sweet potato vodka is like liquid velvet and has a lower alcohol content (30%). Attach a hand-written recipe card with “The Farmer’s Wife” which is featured on their website. The feel-good part is this: for every bottle sold, the company donates 50 cents to five different local charities. Cheers to them and you!

To South Pond Farms for A simpler life; and I think we found it.

Fencing your land: Four options for keeping critters in (or out).

Fidgen’s attention to detail and his care for his tools shines through everywhere in the shop.

Lessons from a plumbing free home and how to survive all seasons of the year.