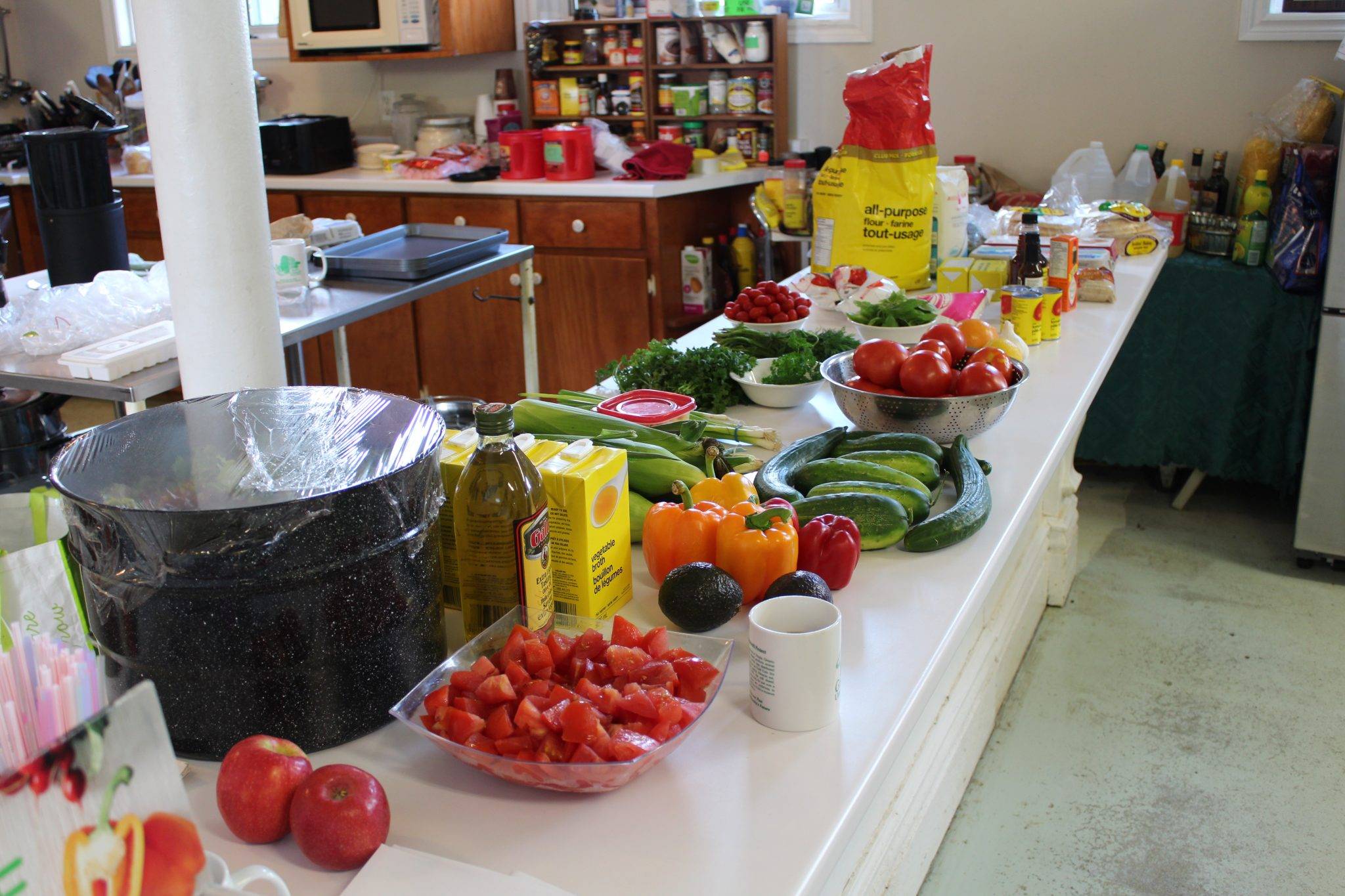 Cooking is always full of energy and when the chefs are the youth of the community, the energy and decibel levels become even more fun. Add to this, the party atmosphere that surrounds a country as well as a province celebrating its 150th anniversary of Confederation and you have the ingredients and inspiration for a […]
By The Harrowsmith Team

Cooking is always full of energy and when the chefs are the youth of the community, the energy and decibel levels become even more fun. Add to this, the party atmosphere that surrounds a country as well as a province celebrating its 150th anniversary of Confederation and you have the ingredients and inspiration for a great time.

As part of ONTARIO150 celebrations, the kitchen at the Utopia Hall, located in the hamlet of Utopia, just about an hour north of Toronto, was the “go to” spot for a “how to” series of hands-on cooking classes for the children of the community and surrounding area. Hosted by local seniors of the area and provided free through the support of ONTARIO150, the interactive sessions became a place of encouragement and possibilities, where learning was shared and passed on to a new generation, buoying them with confidence in their abilities to try something new and realize success. 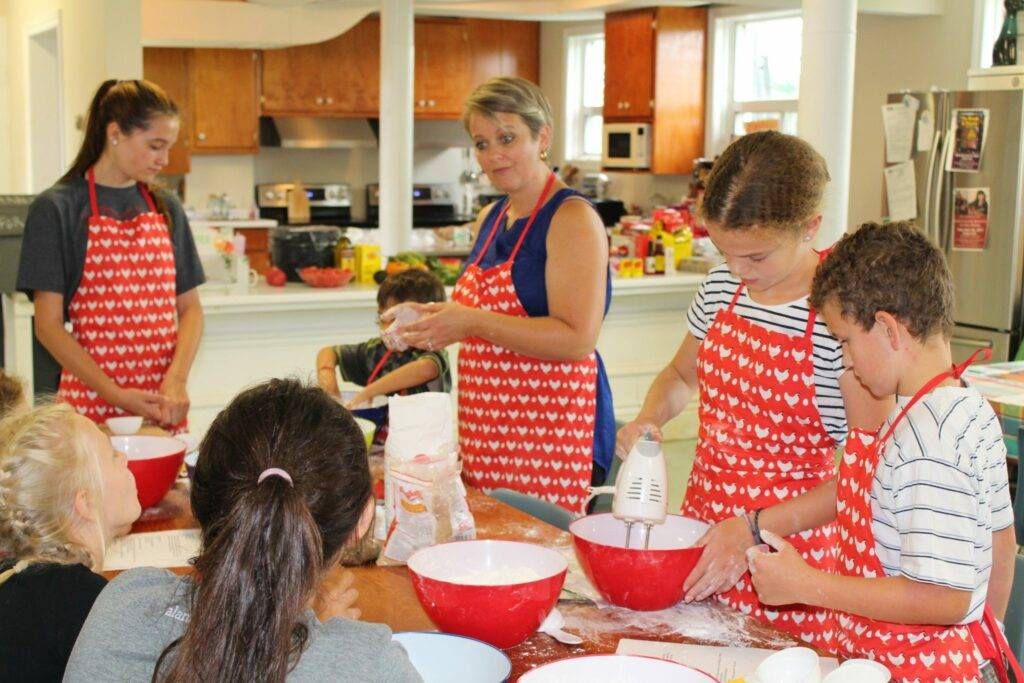 Harrowsmith’s Food Editor, Rebecca Kinghorn, joined the cooking festivities on a couple of occasions, guiding the eager junior chefs into the ways of Lavender Shortbreads, Chilled Tomato and Roasted Pepper soup with Rainbow Salsa and Tortilla Chips and, for Halloween, Popcorn Monster Treats. Each child completed the recipe themselves, sharing some of the steps with a fellow chef, learning-by-doing, from cracking eggs to measuring out flour, finding the right measuring cup, stirring, preparing pans ready for their yet-to-be-baked culinary creations. Rebecca and the seniors along with community volunteers from the Friends of the Utopia Mill & Park filled the room with encouragement and guidance as the children took to their tasks.
And there is nothing like positive feedback to build confidence and move on to more! Their work was baked to perfection with the “after-work” tastings being both eagerly anticipated and enjoyed as well as taken home to share (and brag) with their families. 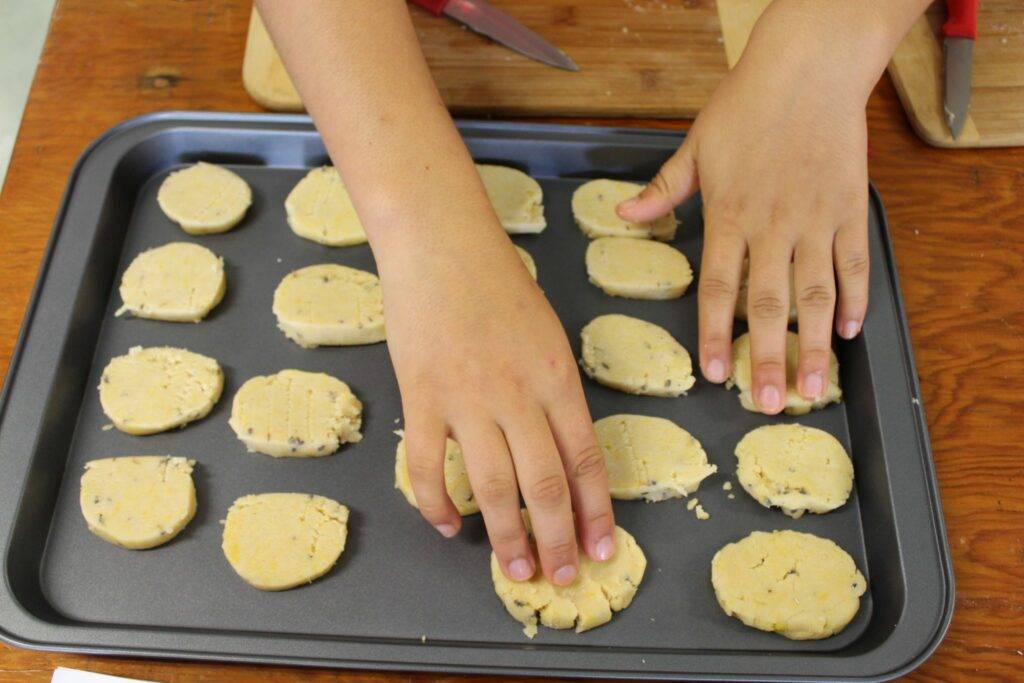 A terrific and very personal way to begin life-long learning as well as celebrate the very special occasion that a 150-year-old Confederation deserves.

Friends of the Utopia Mill & Park (www.utopia.on.ca) is a community-based non-profit organization dedicated to the preservation, conservation and celebration of local heritage, both natural and cultural. Based in Utopia, Ontario, the group is volunteer-run, energized with vision and commitment along with the responsibility for the restoration of the hamlet’s 154-year-old gristmill and surrounding parkland. The Utopia Hall (www.utopiahall.ca) is the group’s “home”, an inspiring place of activities and gatherings that personify a place called “utopia”. 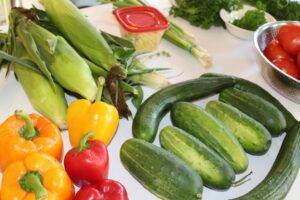 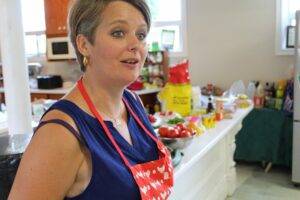 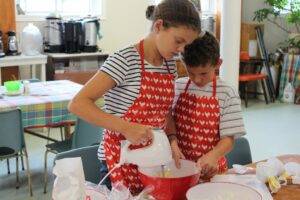 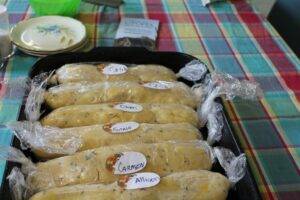 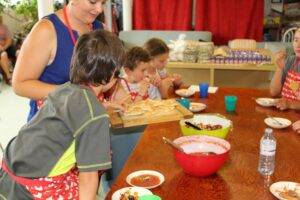 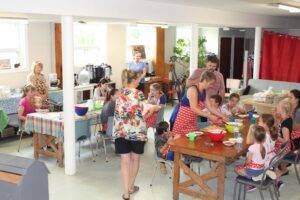 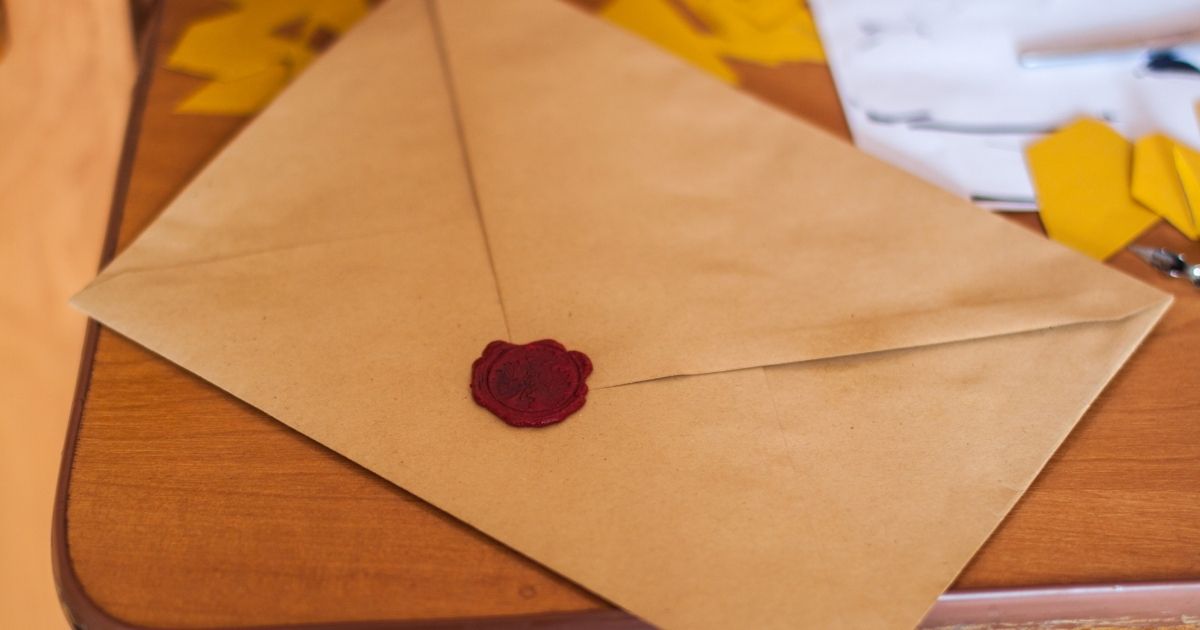