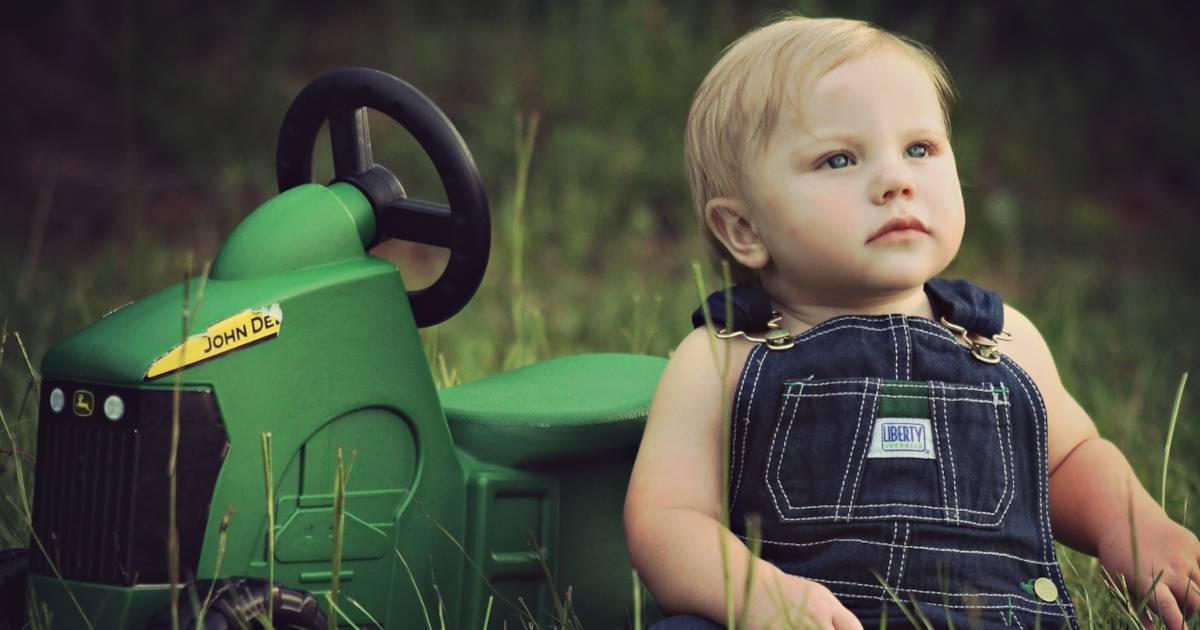 Is it really safer out in the country? Rural kids under six are more likely to be injured.
By Yolanda Thornton

Where a generation ago, parents would have piled their whole family into the Buick without a thought to seat belts, you may have noticed that today’s young parents are practically obsessed with safety, insisting their kids strap on their bike helmets and buckle up properly in their car seats. Things have changed. And that’s just how Safe Kids Canada (now renamed to Parachute) likes it.

The national injury prevention program of The Hospital for Sick Children in Toronto is behind many safety-related changes in Canadian society since 1992, such as banning baby walkers (2003) and lowering the temperature of hot water to prevent scalding (2004). And now, they have a new campaign aimed at keeping kids safe on the farm.

“As it turns out, rural children under six years old are 50 percent more likely than their urban counterparts to be fatally injured.”

While you’d think that living in the country would reduce the risk to your children—fewer cars, less crime—the stats show a different story. As it turns out, rural children under six years old are 50 percent more likely than their urban counterparts to be fatally injured. Every year, nearly 20 kids are killed and 100 more are seriously hurt in incidents on farms. The most dangerous of these is being run over by a tractor, often due to slipping off the machine while riding along with a parent or grandparent.

“Adults need to remember that there’s only one safe spot on a tractor and the driver is sitting in it,” says Pamela Fuselli, the program’s interim executive director. “Children should never be brought along as extra riders, whether they sit on an adult’s lap, stand on an axle, or ride in any other spot.”

Tractors are magnetic for small kids, even if their parents don’t have one at home. While playing outdoors or exploring your country property, keep an eye on your kids and stay away from any tractors working nearby. “Kids simply don’t have the judgment and understanding to avoid heavy farm equipment,” says Fuselli.

On raising kids with the nature of words

It Will Be Spring When It Is Spring
Posted on Wednesday, May 20th, 2015
Filed under Rural
Tagged: Children | farm | kids | play | safety