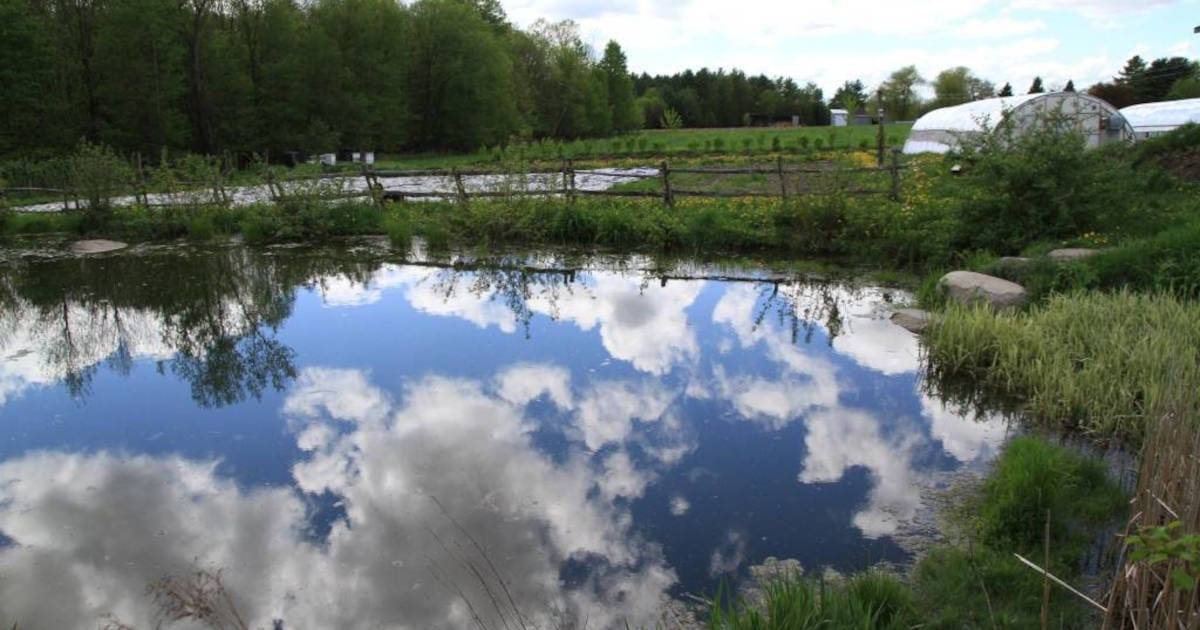 Farley Mowat placed the Canadian north firmly at centre stage with books like People of the Deer and The Snow Walker.
By Maurice Crossfield

For generations of Canadians it was with great sadness that they learned of the death of author Farley Mowat on May 6, 2014.

A writer who placed the Canadian north firmly at centre stage with books like People of the Deer and The Snow Walker, Mowat candidly admitted that he was more at ease among the creatures of the natural world, developing a reputation as a feisty, somewhat crusty individual amongst his fellow humans. In 1981 he told Maclean’s Magazine:

“I act a role. I’m a cardboard cutout. I do it because I’m very uncomfortable. I don’t like big parties. I don’t like public appearances. So I put on my act. This is a pure defence mechanism I have devised for myself. I can hide behind that outrageous red-bearded extrovert and everybody is looking at him.”

Born in Belleville, Ontario in 1921, Mowat first came to appreciate the wilderness as a boy in Saskatoon, where his father, World War One vet Angus Mowat, had taken a job as a librarian. He also saw his first efforts make it into print, writing nature articles for the Saskatoon Star Phoenix. It would also serve as the setting for later books, The Dog Who Wouldn’t Be and Owls in the Family, which remain required reading at many Canadian schools.

In 1940, now back in southern Ontario, Mowat joined the Hastings Prince Edward Regiment, eager to fight for King and Country. That choice would see him fighting alongside his fellow “Hasty P’s” through Sicily and Italy, and some of the toughest fighting of World War Two. His experiences would later be formed into The Regiment and a more personal account in And No Birds Sang.

Returning to Canada after the end of hostilities in Europe, Mowat would attend the University of Toronto before spending the next two years in the Canadian north. In terms of his writing it was a watershed experience, as he began to crusade on behalf of the Ihalmuit, the People of the Deer, who, through environmental change, exploitation and governmental neglect, were literally starving to death in an environment that had sustained them for thousands of years.

Sometimes grim, sometimes hilarious, often tweaking the nose of authority, Mowat would produce some 44 books which would be translated into 52 languages, and on a couple of occasions turned into movies. Over his six-decade writing career he sold some 17 million books, putting him at the forefront of the Canadian literary scene.

But like anyone with something serious to say, Mowat was not without his critics. His books often blurred the line between fact and fiction, as he wove tales that, while true to his own vision, were not necessarily accurate by conventional journalistic standards.

“I took some pride in having it known that I never let facts get in the way of a good story,” he once said. “I was writing subjective non-fiction all along.”

It is perhaps this willingness on his part to gloss over the facts that he was able to expose the larger truths: That governments are often largely ignorant of the toll their bureaucratic decisions can take on real people, that humankind can no longer afford to slash and burn away its resources and that the natural world must come first and foremost if we are to survive as a species.

“It’s a matter of survival,” he told The Canadian Press in a 2006 interview. “Either we learn to do this, or we cease to exist. We have no God-given right to survive forever. We have screwed up so badly in so many ways so obviously that only an utterly stupid species would consider that we have much of a future, as things stand.”

It was a message heard by many, including the prominent writers and activists that followed him.

“People of the Deer was to the support for increased autonomy among northern peoples as Rachel Carson’s Silent Spring was to the environmental movement: a wake-up call, the spark that struck the tinder that ignited the fire from which many subsequent generations of writers and activists have lit their torches, often ignorant of where that spark came from in the first place,” novelist Margaret Atwood wrote to the Toronto Star. “Mowat’s rage can be Swiftean, his humour Puckish, but his compassion for all creatures, great and small, has been consistent. Love him or resent him, he’s now an Ancestral Totem, whether he likes it or not.”

In his later years Mowat would chronicle much of his own life, delve into various historical theories and continue to advocate on behalf of the natural world he so loved. Though he often said he was writing his final book, there was usually another one in the works before long. With his second wife, writer Claire Mowat, he spent his summers in Cape Breton and the rest of the year in Port Hope, Ontario, his trusty typewriter never far away.

And he continued to have something to say. The week before he passed away, he was interviewed on CBC Radio, where he spoke out against a plan to bring wireless Internet service to Canada’s National Parks.

But judging from some of his remarks, one can’t help but notice a sense that Mowat felt like the species to which he grudgingly belonged had not truly listened, despite his literary successes. He once said he wasn’t worried for the survival of the planet, but felt that the human race was on the road to doom.

“We are like yeast in a vat, mindlessly multiplying as we greedily devour a finite world. If we do not change our ways, we will perish as the yeasts perish, having exhausted our sustenance and poisoned ourselves in the lethal brew of our own wastes.”

“It’s a matter of survival,” he told The Canadian Press in a 2006 interview. “Either we learn to do this, or we cease to exist. We have no God-given right to survive forever. We have screwed up so badly in so many ways so obviously that only an utterly stupid species would consider that we have much of a future, as things stand.”

Here’s hoping that in this instance he’s wrong. That we were listening, that maybe we aren’t an utterly stupid species, and that maybe we can change.

Farewell Farley Mowat. And thank you.

On the Lamb at Wildwind Pastures