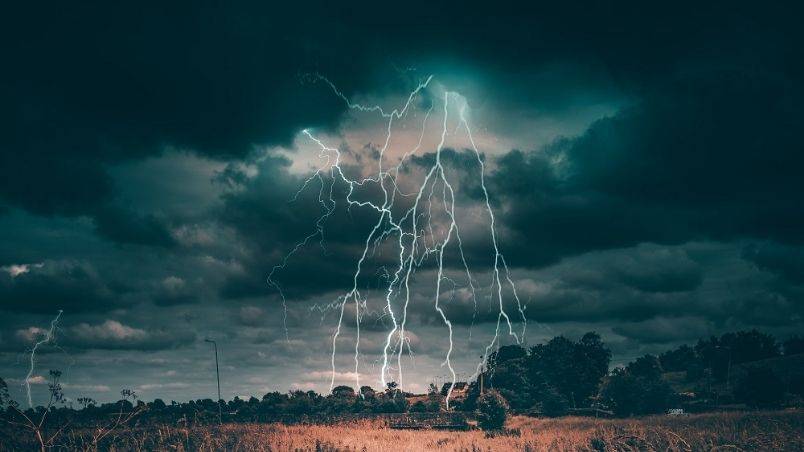 Storm of the Century

True Confessions From the Ninth Concession
By Dan Needles

Canadians are the only people I know who look at the weather like a bank account. If we get an extra month of crappy weather in winter, we feel like we have something better coming to us. But if we get too many clear, bright days with no wind, we grow anxious. A Canadian is the only person who stands out on the veranda on a bright, warm, windless spring day, as the birds sing and the buds burst, and says darkly, “We’ll pay for this.”

One payback moment came a few years ago when I was trying to get to three distant and remote speaking events on the same weekend just as an ice storm swept up from the south, paralyzing all of the TV weather forecasters from Windsor to Ottawa. At first I thought of cancelling engagements, but then I heard CBC announce the “storm of the century.” Right there I knew it wouldn’t amount to much.

I would pay more attention to storm warnings if the Rotarians and the Soil and Crop people ever cancelled an event because of weather. They don’t. It doesn’t matter what tempest is battering the neighbourhood, they all show up at the hall in droves for a roast beef dinner and a little fellowship. That is what winter is for, after all.

So, like a good ship captain, I steered around the storm by keeping the wind on my right. During the last storm of the century, the year before, I was confined to the house for three days. But that had more to do with the township than the weather. We got a hard rain followed by a flash freeze. All the water got trapped between the snowbanks on our dead-end road and froze to a depth of two inches—not quite enough to support the truck. Our township snowplow guy picked that week to go ice fishing and his replacement breezily informed me that he didn’t “do” ice. That left us stuck in the farmhouse for three days until we finally organized a dinner party and invited one of the neighbours to bring his backhoe.

My wife loves a good storm. She sits bolt upright in bed when she hears that buses are cancelled. She jumps out of bed, stokes up the fires and starts to cook. There’s a whiff of adventure in the air. She believes other people will be safer at our house, where she can keep an eye on them and feed them. By noon, the house is full of sisters and cousins whom she reckons up by dozens.

I once read the letters of a saddleback preacher who ministered to the pioneers of this community in the 1840s. He complained how difficult it was to give comfort to his parishioners through the long winters because he was so depressed himself he didn’t want to get out of bed. But that all changed pretty quickly. By the 1860s, they had built churches and community halls and were busy hosting debating societies and putting on theatricals.

Farmers do not catastrophize the weather the way the Weather Channel does. They’re just gloomy about it. The gloomiest farmer I ever knew spent some years as a sailor on the lake freighters in his youth and that plugged him into an enormous database of bizarre incantations that blended with his Celtic heritage to deliver a rhyming couplet for all occasions. He was sort of like Hallmark cards for Druids. He would step out on the front stoop, pause and squint at a pale moon, and mutter, “There’s water in her eye,” which meant rain when you didn’t want it. Or he might glance up at the chimney and declare, “When smoke descends fair weather ends.” Sometimes he would glare at birds in the fields and say, “Seagulls on the sand,” which I didn’t learn till years later was one half of a dark observation about gulls coming to the land whenever a storm threatened at sea.

None of these predictions ever offered happy news. I once asked him what two rings around the sun meant, and his dour reply was “Basically crap weather for the next six months.” Squeaky chairs, catchy drawers and sticky salt all worked together to reinforce his message of doom.

Apparently, these things are genetic because his grandson grew up to become a weather forecaster for the CBC.