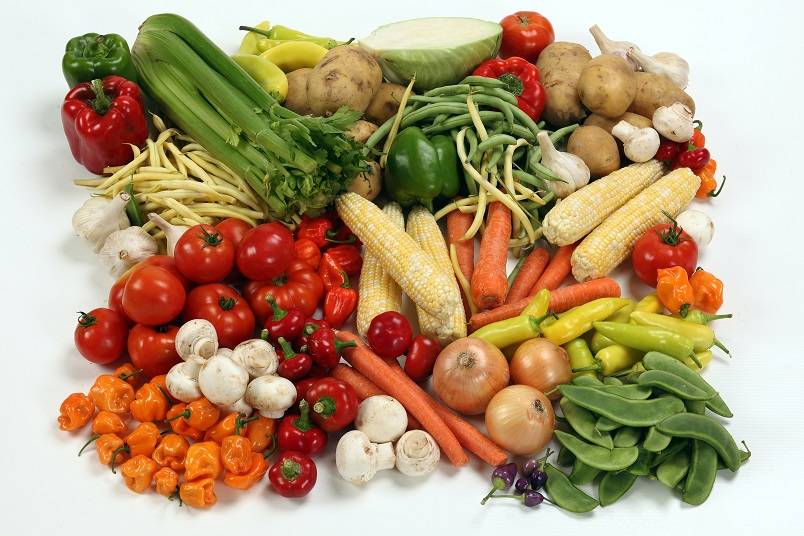 Field Notes From a Canadian Locovore

Jane Reid’s love affair with her B.C. backyard. It was flavour that first made me a local food fan
By The Harrowsmith Team

It was flavour that first made me a local food fan—long before the word locavore became an official entry in the New American Oxford dictionary in 2007. My family moved to British Columbia in the 1970s, leaving remote abodes in Ontario and Quebec that were far from agriculture of any kind. Finding ourselves planted in the middle of the fertile Fraser Valley, surrounded by farms, was a change indeed. The payoff for wafting eau de manure was fruits and vegetables that were freshly picked, recently dug and just snipped. The taste of the bounty was an extraordinary revelation.

Since those first convincing taste tests, I find there are more reasons than ever to be a locavore: to maintain our food security (can southern California and Mexico remain produce powerhouses with climate change?), to reduce transportation (and carbon footprints), and to support our local farmers economically (and keep dollars in our communities), to name a few.

Sometimes, though, it can be tough to be a locavore. Produce sections are bursting with fruits and vegetables 12 months a year, sourced from every corner of the world. How can we reconnect with our farmland, our farmers, and the plants they grow to feed us? Trying even one or two of the following strategies can help us find harvests grown close to home.

• Farmers’ markets: Delectable choices—picked within the last 24 hours—tempt from all sides. Striking up conversations with farmers selling their offerings is part of the charm. Keep in mind that year-round markets featuring bananas and pineapples are not all that different from the produce section. Buyer beware.

• U-picks: In the berry patch, time slows to a meditative pace, far removed from the busyness of our lives. With good picking and patience, it’s easy to gather enough for both immediate gratification and preserving—so satisfying.

• Farm stands: Meandering down country roads and finding just-picked fruits and vegetables at the edge of a field is one of life’s pleasures. It always pays to stop, mull and buy.

• Harvest (CSA) boxes: Officially called community supported agriculture boxes, these offer a convenient way to access the freshest edibles from fields nearby (TK see CSA Boxes, page TK). Every spring, many small farms offer customers the chance to sign up for weekly CSA boxes available throughout the growing season. Payment is usually made in the spring, just when farmers need it most. Contents vary each week, depending on what is ripe in the field, and recipes are often included.

Here are more tips for locavores:

Don’t start with the recipe. Rather than dashing out, clutching a recipe and a list, look for what’s in season, buy the freshest on offer and run with it. The new seasonal cookbooks are inspirational!

Eat out. Many chefs are local food fans. They start with the best and the results are sublime. For stellar meals, patronize these eateries.

Preserve the bounty. We can enjoy local harvests long into the winter by storing, preserving, freezing, drying or pickling when crops are in season, plentiful and inexpensive. Or we can let others do it for us. Search the frozen aisle for locally sourced corn, peas, rhubarb and berries. Check signs to find locally grown root vegetables, apples and onions all winter.

Grow something. Many of us are gardeners, but for those who have neither the time nor the space, even a basil plant on the windowsill or sprouts in a jar make us proud parents of a plant we can eat.

Make it social. Gather for a potluck and ask guests to bring a dish featuring (mostly) locally grown food for a delicious meal and interesting conversation—a winning combination!

Becoming a locavore is not an all-or-nothing concept, as even small actions can change the way we eat and make a difference. I freely admit I am no J.B. MacKinnon or Alisa Smith, who together wrote an engaging account of the trials they faced when eating a strict 100-mile diet for a year. I shy away from such self-sacrifice, and simply cannot give up sweet B.C. peaches, grown 400 km away from where I live. Only 5 percent of beautiful British Columbia is arable, and I do not intend to miss out on what is grown anywhere on our farmland in this province. I love it all.

I prefer the gentler definitions of “locavore,” based on awareness and good intentions. Not everything that crosses my lips comes from B.C. The tea I’m drinking as I write this comes from across an ocean—not from the leaves of a bush in my backyard. I concur with environmentalist Bill McKibben, who coined the “Marco Polo rule”: If a food not grown here (like tea, exotic spices, coffee and rice) could withstand a long sea voyage hundreds of years ago, it passes muster; however, if something is so perishable that it must be coddled (refrigerated) and rushed (by truck or plane) to get to the produce section, then it is off the table for Bill, and most of the time, it is for me as well. That holds true especially if it is grown nearby—even in another season. Why buy it from there if it grows here?

“Eating is an agricultural act,” says author and farmer Wendell Berry. Thinking about who grows our food, where it comes from and how it gets to our plates anchors us to our place in the world, increases appreciation for our farmers and farmland, and inspires gratitude for the miracle of nature that feeds us.

What is a locavore?

• English Oxford Dictionary: A person whose diet consists only or principally of locally grown or produced food.

• Dictionary.com: A person who makes an effort to eat food that is grown, raised, or produced locally, usually within 100 miles of home.

• Merriam-Webster Dictionary: One who eats foods grown locally whenever possible.

• Macmillan Dictionary: Someone who tries to eat food which is grown or produced near where they live.

Delicious Reasons to Be a Locavore in British Columbia

• Smooth, sweet pink-eyed Warba potatoes—the earliest out of the field—from the Fraser River Delta, near the coast. Available in May and June.

• Delectable juicy cherries, peaches and pears from orchards gracing the slopes of the interior Okanagan, Similkameen and Kootenay valleys. Cherries available in June, peaches in August, and pears in September.

• Impossibly good tomatoes from Lillooet, kissed by sunshine in one of the hot spots of Canada. Available in August.

• Sweet tender corn grown in the Chilliwack, where the mountains start to squeeze the Upper Fraser Valley. Available in August.

• Unmatched carrots, beets and potatoes grown in the glacial mix of the stunning mountain-ringed Pemberton Valley. Available in September and October right out of the ground, and all winter when stored just above freezing.

Community-supported agriculture (CSA) boxes began in Japan in the 1970s. Mothers became concerned about the mysterious provenance of foods they were buying to feed their children. They connected with nearby farmers to access locally grown, freshly picked fruits and vegetables, one box at a time. With a goal of “putting the farmer’s face on the food,” the program has become increasingly popular, especially in North America.