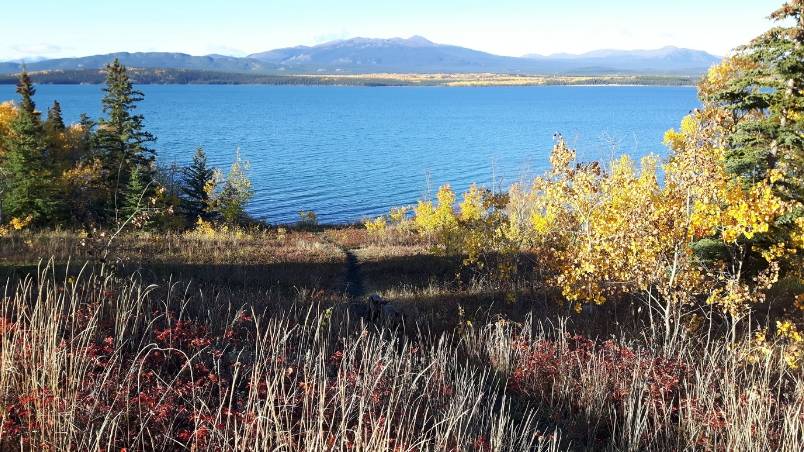 By Carla Braun   Since the days of the Klondike gold rush, people have been drawn to the North by the promise of adventure and the hope of striking gold. More than a century has passed, but not so much has changed: adventure is still a promise, and mining is still the leading industry. Romanticism, […]
By The Harrowsmith Team

Since the days of the Klondike gold rush, people have been drawn to the North by the promise of adventure and the hope of striking gold. More than a century has passed, but not so much has changed: adventure is still a promise, and mining is still the leading industry. Romanticism, for some, is not over.

My northern adventure started as a month-long job contract, which led to three more. The following year, I was offered another contract, but I had just accepted a full-time permanent job. I chose stability over adventure. It was a difficult choice.

Weekdays, I left for work at 7:30 a.m.; I tried to be home by 7 p.m. My commute was three hours from Langley to downtown Vancouver. My office was windowless. 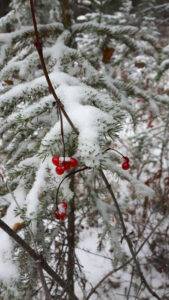 Highbush cranberries after a frost

I purchased a fake window with a forest view for my office. I filled the room with mother-in-law’s tongue and other full-shade tropicals. I drank $5.10 lattes.

Weekends I spent tending my tiny patio garden and a jungle of potted plants in my living room. When I needed to get out, I went to Cedar Rim Nursery and purchased more plants. Sometimes, I drove to the ocean and took long walks on the crowded waterfront of White Rock or Crescent Beach in Surrey.

Even my plants knew something was wrong. My herbs became infested with scale and spider mites. My mint died—how can mint die? My tomato plants bore no fruit.

I purchased magenta leggings and joined other Lululemon-clad women at the yoga studio. I downloaded Stop, Breathe & Think. I practised belly breathing.

I went back to the specialist. He recommended more yoga and meditation, plus newer relaxation apps. I went a third time. We were both fed up. “You need a strong arm around your shoulder,” he finally said, escorting me out of his office. “I can’t help you anymore.”

On my commute home, I formulated my new prescription: eHarmony.

I spent hours creating my profile. I included pictures of myself as a Halloween witch, wearing bright red lipstick and a black wig; after trips to the salon; on my northern adventures, bundled up for winter. Loves the outdoors, gardening, hiking, walking. Willing to relocate.

I was matched with hunters and fishers, men sporting long beards and posing with their latest catch: a moose or a large fish. Some stood next to an ATV or pickup truck.

One posed alone—a clean-shaven social worker from Whitehorse. Looking for someone to share in my adventure. Loves the outdoors.

Definitely a good match. But would he like my long black wig? My red lipstick?

Over the next three years, I took many trips to the Yukon. I read Yukon, North of Ordinary magazine during Air North flights. I purchased Ann D. Roberts’ Alaska Gardening Guide, Miche Genest’s The Boreal Gourmet and The Boreal Feast, and Beverley Gray’s The Boreal Herbal. I read Laura Beatrice Berton’s I Married the Klondike. I read everything northern I could find by Pierre Berton and Jack London, and the poetry of Robert Service. I watched Dog Gone Addiction, the story of women mushers of the Yukon Quest.

I imagined what it would be like to live in Whitehorse, not just visit. Winters would be cold, but there would be the Takhini Hot Springs, aurora borealis, Klondike cocktails and the Sourdough Rendezvous Festival. Spring would bring the annual dog-poo thaw, but also thousands of swans. We would spend the long days of summer drinking espresso on the Midnight Sun patio. In the fall, we would pick berries and make jelly.

I quit my job and sold my condo. My partner bought a house on Marsh Lake. We would enjoy lakefront living less than an hour’s drive to Whitehorse, hardly off the grid.

I gave away my Zone 7 plants and kept what I thought might survive the dip to Zone 2. Having read that there are no worms up north, I purchased a pound of red worms for my compost. In case the worms didn’t survive, I bought a bokashi composter and a years’ worth of bokashi bran.

I needed dogs. Medium size would be the best, but not huskies, since I couldn’t imagine myself as a musher. I rescued two Plott hounds (the state dog of North Carolina), bred to hunt wild boar.

I arrived in the Yukon in early September and spent the first three weeks alone, as my partner was on a hunting trip. 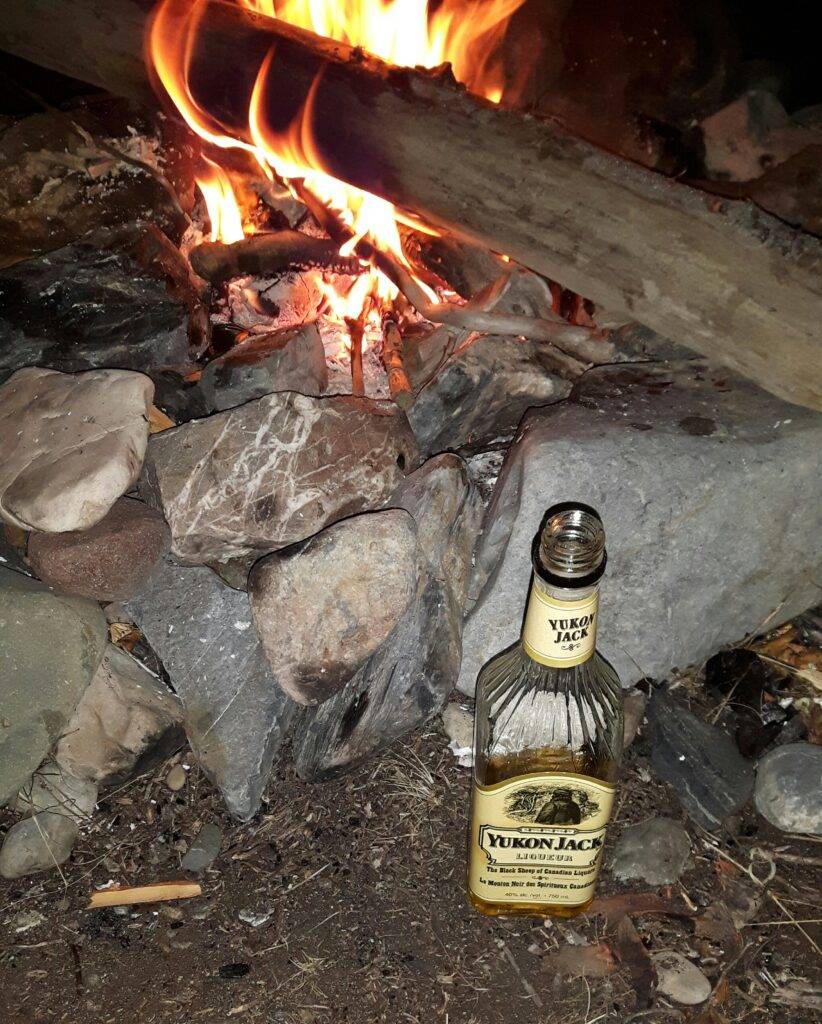 When he returned, he suggested we spend Thanksgiving weekend along the South Canol Road. We spent a –17°C (1°F) weekend hunting. Thanksgiving dinner was fresh grouse, cooked over the fire (more raw than rare), and Yukon Jack, drunk straight from the bottle. We returned home with 15 birds, careful not to over-hunt our limit (the conservation officers are strict) of 30 grouse per year, no more than 10 per day.

Our freezers were already filled with moose, bison, caribou and hare. I needed space. What to do?

A couple of large bags were labelled moose scrap—I would make moose jerky.

I researched traditional ways of drying meat, which looked similar to hanging clothes on a clothesline. This method seemed a bit risky. Would the temperature and humidity be just right? Would the dogs go crazy smelling the drying meat?

A food dehydrator seemed like the safer option. Having been given a traditional dried-meat recipe of a brine of soy sauce, salt, birch syrup, brown sugar and Montreal steak seasoning (not exactly traditional sounding), I marinated the meat in the brine overnight in the refrigerator. The next day, I lay the meat on drying racks. I filled two racks and turned around to get a third—gone 10 seconds at most—but the dogs were quick and the meat was gone.

I ended up with two small zip-top bags of jerky. It would be perfect for snacking on while watching the aurora borealis…

The jerky ended up in the back of a cupboard. When I found it, months later, some of the pieces had developed white mould. I added these to the bokashi compost and gave the rest to the dogs. 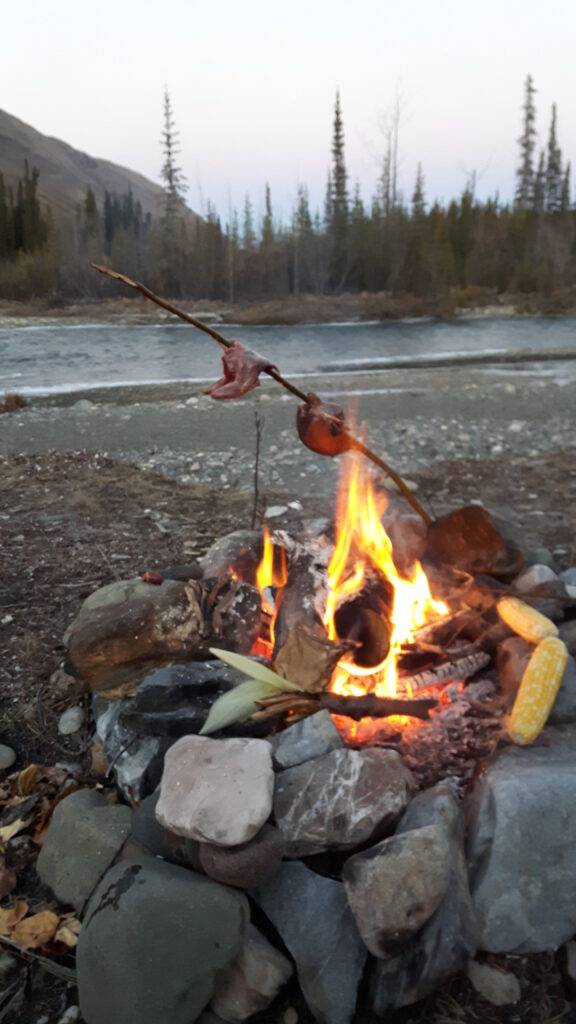 My partner and I haven’t yet sipped espresso at the Midnight Sun coffee shop, nor have we been to the hot springs. Our time together somehow disappears gathering and chopping wood, tending the fire, hunting, and maintaining our house and yard. As the days get shorter, we spend more time indoors, making moose soup, rosehip jelly and sourdough bread. We watch Les Trappeurs du Klondike and Les Hommes des Bois. We hibernate. 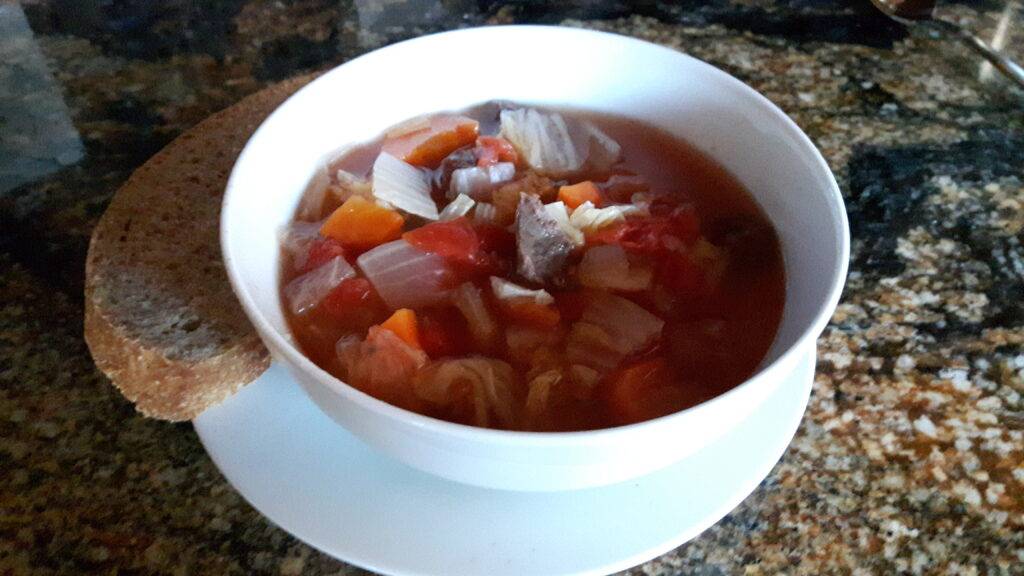 I’m a relative newcomer to the North, but I have experienced some of the beauty—and difficulties—of each season. Sometimes, I miss the days of just turning a knob to stay warm in winter, and having a coffee shop right across the street.

But then I remember the promise of adventure and the romance that brought me to the Yukon. And how in some way moose jerky and eHarmony were intertwined to become part of my own larger-than-life Yukon adventure.

Story Chasing Along the West Coast