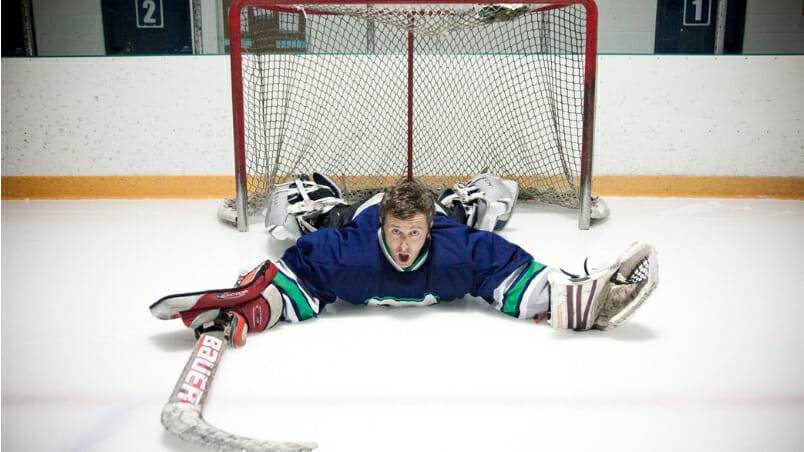 Harrowsmith chats with the author and singer-songwriter about pop punk, social survival and no Wi-Fi.
By Angus Merry 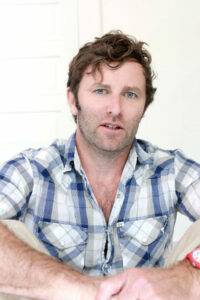 My family and I were invited to a friend’s annual “literary festival,” a yearly gathering of authors, poets and artists from across Canada in support of the Waterkeeper movement. My parents had ultimately decided that my sister and I would benefit from a day outside surrounded by friends, family and a great deal of art. The majority of my day, however, was spent away from the swarm of talented people, as I focused on my personal “preteen middle-age crisis.”

Despite sitting far from the commotion on a nearby shore, one particular artist was able to catch my attention. This author on the makeshift stage (constructed out of an old hunting cabin front deck) read a chapter from his memoir. His confident schoolteacher style was magnetic, attracting me and many others to a small grassy knoll. (The knoll eventually became the rural Canadian equivalent of a mosh pit.) The chapter recounted the day he had fallen asleep on a shore in the back, back woods of British Columbia, stark naked, while a mountain lion was silently stalking him.

Needless to say, the preview ended in many laughs, cheers and whistles from everyone there. It provided a more than fitting end to a blissful summer night. I didn’t think about his story any further than the fact that it was an interesting predicament to be found in, and went on my way. If it wasn’t for my mother, I might have never read one of the most important books of my childhood (and my life of late). She approached the author, bought a copy and even snagged an autograph. 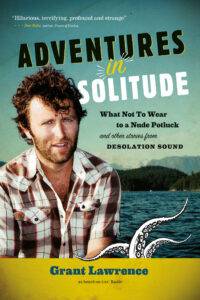 That book was Adventures in Solitude: What Not to Wear to a Nude Potluck and Other Stories from Desolation Sound, and the flannel-and-cargo-shorts-clad author was Grant Lawrence. A bona fide maestro of Canadian entertainment, Lawrence is a former CBC radio host, singer and songwriter. He boasts distinctions and awards from a proverbial jack-of-all-trades checklist: two of his memoirs have hit No. 1 on the B.C. bestseller list; he’s won the BC Book Prize twice, and garnered a Canadian Screen Award for his web series, The Beetle Road Trips (presented by CBC). He also co-founded and sings lead vocals for the internationally acclaimed Canadian band the Smugglers, to boot.

Lawrence has hosted an array of major music festivals and still finds time to canoe, kayak and snorkel. He plays goalie for the Vancouver-based beer-league hockey team the Flying Vees and is a husband and father of two. The CBC has referred to him as a long-leading voice in Canadian arts and culture. As a result, he has attracted an enormous amount of recognition in the Canadian music community and is regarded as one of the most respected CBC journalists of our time.

Adventures in Solitude tracks the deeply articulated adventures of a young Lawrence, who, through unexpected experiences (good, bad, or otherwise), comes of age in the untouched remote sector of British Columbian wilderness known as Desolation Sound. His book is jam packed with historical and quirky tales thanks to the oddball characters and villains from around the Sound. His nostalgic time capsule of a three-quarter city-slicker family from the ’70s and continuing all the way to present day and his new-age Grizzly Adams adulthood captivated me instantly.

Through his own unique and homegrown style of writing, Lawrence and Adventures in Solitude have transcended the genre of Canadian literature by etching a paperback mosaic of comedy and tragedy.

Years prior to the writing of this article, my father and I actually took it upon ourselves to contact Lawrence and let him know how much we loved his work. Adventures in Solitude still is a staple in the comedic development of my home life, and part of the foundation for my love for books and nature. I found it natural to reach out to Lawrence then, and little did I know I would eventually do it again, this time as a writer myself! I was lucky enough to be able to have a conversation with Lawrence on behalf of Harrowsmith.

Here’s what he had to say. 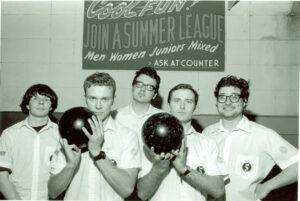 Harrowsmith: You have certainly had your fair share of experiences with Canadian music as a journalist for the CBC and as a lead member of the Smugglers. Where do you see Canadian music heading in the next five years?

Grant Lawrence: Nostalgia and reunions are always big! I’m experiencing that first-hand. In May 2017, I finally released a book I’ve been working on for over 10 years—all the tour diaries I kept with my band, the Smugglers, compiled into a new memoir called Dirty Windshield: The Best and the Worst of the Smugglers Tour Diaries. So that means that the Smugglers are playing our first Canadian shows in over 13 years (we existed from 1988 to 2004), and the reception has been surprisingly good!

I’m seeing a lot of that these days… nostalgia and bands reforming, particularly from the 1990s. What goes around comes around, I guess. A lot of bands from that era are doing one-off reunions, and some are getting back together and staying together. I think the Smugglers stint will be limited to just 2017, but you never know! 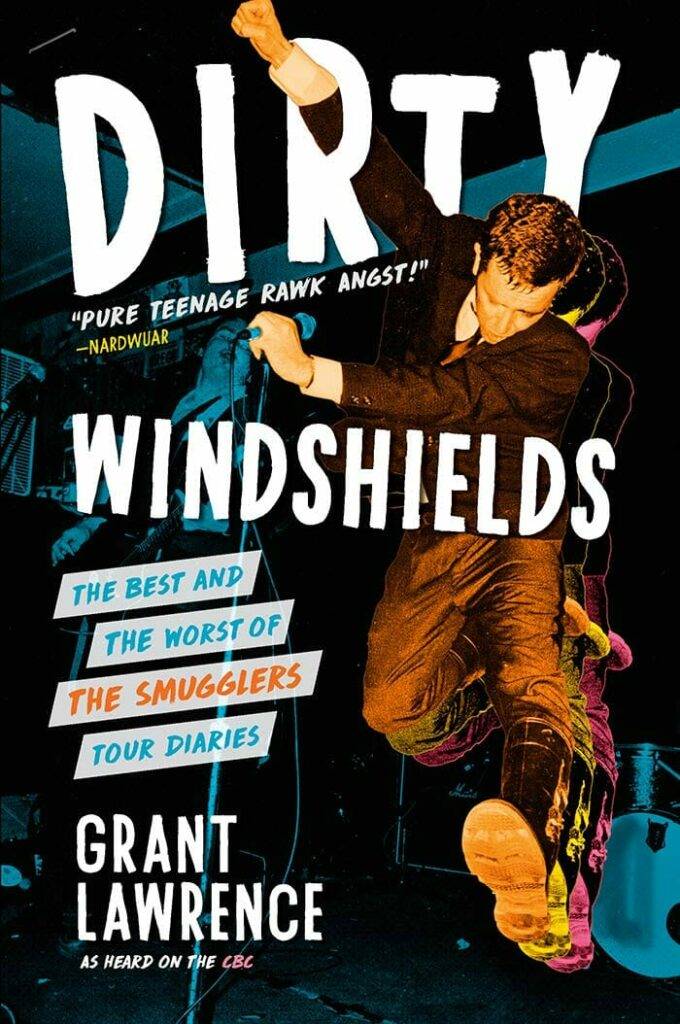 As far as new Canadian bands and genres, I think Needles//Pins from Vancouver is really cool, and so are Terra Lightfoot from Hamilton and Expanda Fuzz from Ottawa. Pop punk is going to get big again!

HS: Besides Desolation Sound, what other wilderness area (Canadian or other) makes you feel the most at home?

GL: Definitely anywhere in B.C., but I also felt a special connection to the Yukon wilderness when I visited there a few times about 10 years ago. I would go for the Dawson City Music Festival, but was totally swept away by the natural beauty of the surroundings.

Dawson City is built at the confluence of two mighty rivers: the Yukon and the Klondike. I love swimming, and so I swam in both, and it’s an experience I’ll never forget, almost like a baptism in a way. My friend Chris and I crossed the Yukon River by car ferry and took a drive up to the Top of the World Highway, which is one of the most spectacular drives I’ve ever done…the highway runs along the top of the mountain ridge. We saw a young blond grizzly along that route—the first grizzly I’ve ever seen in the wild. My heart was in my throat.

HS: Adventures in Solitude never really has a dull moment in terms of content—it has emotion, action, rich information, and does it ever have comedy! Yet it seems like all of your stories and experiences come from somewhere that is—in every aspect—humble. Where did you find the inspiration or strength to write about your own life?

GL: My dad always told really great stories around our dinner table from his wild youth. I loved the stories and asked for new ones every night. He worked a million odd jobs, got fired from most of them, and had hilarious stories about them all, so that type of storytelling really stuck with me. He wasn’t embarrassed or ashamed about getting fired. He saw the humour in it after the fact, which is really important. You need to look back and laugh about the crappy aspects of your life, because you survived them, right?

My second book, The Lonely End of the Rink, is very much about social survival: getting through elementary school and high school, even though I was relentlessly bullied. But I’m the first person to realize I really was a total geek and a nerd, and I did a bunch of dumb stuff, which is hopefully funny and reflective to look back on. “Humble” is an interesting descriptor. I guess I always considered it “self-depreciating,” but I appreciate “humble” and your kind words about Adventures in Solitude. So glad you enjoyed it!

HS: Forgive us for being a bit clichéd, but imagine you’re stranded on a desert island. If you could bring two books and two albums, what would they be?

GL: The books would be Never Cry Wolf by Farley Mowat and The Jungle by Upton Sinclair, because both are basically the best books I’ve ever read. Mowat’s book is an incredible memoir (non-fiction) of his time studying and living with wolves in the tundra, and it really awakened my love of and respect for Canada’s natural world. It birthed the environmentalist in me. Sinclair’s book is a novel (fiction) and is really the American dream turned upside down and shattered. It’s a perfect example of taking characters that are already down on their luck and throwing the worst possible crap at them to see if they can survive it against all odds. Very good readings.

As for albums, that’s much harder because they’re so short and get repetitive quickly, but they would be the Rolling Stones’ Let It Bleed and the Weakerthans’ Left & Leaving. 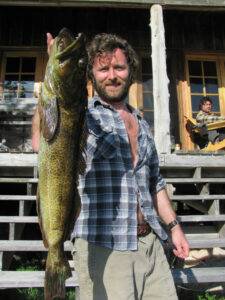 HS: The number of cellphone-crazed millennials in 2017 has shot through the stratosphere. What are the most important experiences for children to have in an age when the word adventure is commonly associated with a keyboard and computer monitor?

GL: Being outside in the natural world as much as humanly possible. Exploring. Beachcombing. Walking through the forest. Climbing trees. Jumping into lakes. Noticing signs that the seasons are changing. Rock climbing. Tobogganing. Just getting outside. Without Wi-Fi.