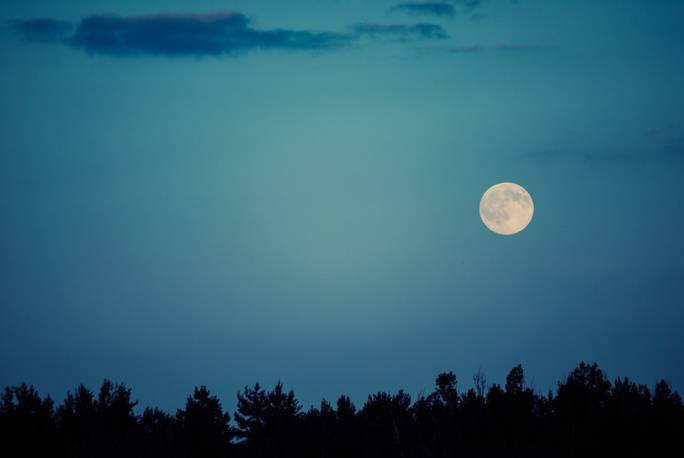 By the light of the silvery moon

While science has yet to provide definitive proof that the practice works, humans have been planting, harvesting, fishing and even cutting their hair according to the phases of the moon for millennia. It’s a practice that dates back to the early civilizations of the Nile and Euphrates river valleys, and plenty of folks still do […]
By John Perron

While science has yet to provide definitive proof that the practice works, humans have been planting, harvesting, fishing and even cutting their hair according to the phases of the moon for millennia. It’s a practice that dates back to the early civilizations of the Nile and Euphrates river valleys, and plenty of folks still do it today.

It’s no secret that the sun and the moon exert gravitational forces on our blue planet. Tides are typically highest during the full moon and the new moon phases, and tests have proven that seeds absorb the most moisture during a full moon. Try it out if you’re looking to give your gardens a little extra edge, or give it a go just for fun. Here’s an overview of how to plant by the phases of the moon.

The basic idea of planting by the phases of the moon is that the full and new moons draw moisture into the topsoil (just as they result in higher tides).

This is the best phase to plant above-ground crops, such as lettuce, spinach, cauliflower and grains—basically, anything where seeds form outside of the plant.

This phase has less gravitational pull but more light. It is the time for faster leaf growth. Ideal planting is during the two days before the full moon. These should be plants with seeds that form internally, like beans, melons, peas and tomatoes.

This is when the most moisture is pulled into the topsoil, providing maximum energy to the roots. It’s said to be the optimal opportunity for planting root crops, such as beets, carrots, onions and potatoes.

This resting period is when you should focus on such tasks as cultivating, harvesting, transplanting and pruning.

Even anglers are paying attention to the moon. Once again, the days around the new moon and full moon are the top times for fishing. Also, just as fish tend to feed at sunrise and sunset, they also feed around moonrise and moonset.

And, of course, there’s no shortage of moon folklore, developed over the centuries mostly by farmers, who are typically tuned in to their environments. Here are a few things that have emerged over the years:

Planning by the phases of the moon is an interesting way to organize your life, from gardening to booking your next trip to the beauty salon. At the very least, it will help make you more aware of the world around you and bring you a little bit closer to the rhythms of nature. At best, well, try it and see.