With the 7th season of Man Fire Food just launching on Food Network Canada, Roger Mooking is what you could call ‘hot’ on the culinary scene right now. So what’s this Trinidadian born, Canadian-raised chef, television host, restaurateur, cookbook author and musician known for his fiery brand of cooking and colourful personality doing in Muskoka this Fall? He’s […]
By Roger Mooking

With the 7th season of Man Fire Food just launching on Food Network Canada, Roger Mooking is what you could call ‘hot’ on the culinary scene right now. So what’s this Trinidadian born, Canadian-raised chef, television host, restaurateur, cookbook author and musician known for his fiery brand of cooking and colourful personality doing in Muskoka this Fall? He’s hosting an up close and personal weekend retreat at Deerhurst Resort, where he’ll share his passion for food and yes, to have some fun in cottage country. It all takes place October 26 – 28, 2018. 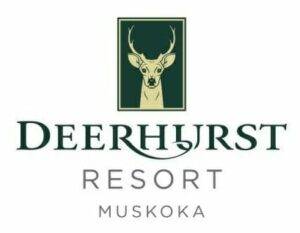 “Every Fall, Deerhurst hosts a culinary weekend where guests get the chance to meet, mingle and get tips from a top Canadian chef in a relaxing, lakeside setting,” says Jesse Hamilton, General Manager. “With his exciting, fresh and personable approach Roger Mooking will bring his own unique vibe to this year’s event and we can’t wait to see – and taste – what he’s going to create.”

With Mooking’s penchant for comfort foods with an international twist, there’s sure to be a mix of familiar and unexpected flavours on the menu, which he is designing specifically for the Deerhurst weekend. Working closely with the resort’s long time executive chef, Rory Golden, he will direct the food preparation for the main event – a family style dinner on Saturday where he will also perform demos throughout the evening.

“I am so excited to be heading up to Deerhurst Resort,” says Mooking. “I’ll be serving a custom menu that will feature all my favourites; using local ingredients peppered with my signature global twist of flavours.”

This Food Network and Cooking Channel personality is also the host of shows Everyday Exotic and Heat Seekers with Aarón Sanchez as well as a Chopped Canada judge. With his colourful style and creativity, Chef Mooking has made guest appearances on shows such as The Today Show, Good Morning America, The Marilyn Denis Show, Iron Chef America, Top Chef Canada, and Chopped. And cooking isn’t his only talent – Mooking’s band Bass Is Base received a Juno Award for Best R&B/Soul Recording and in 2018 won a Classic Award for their song Funkmobile.

Deerhurst fountain looking out from entrance

The two-night Roger Mooking Culinary Weekend package at Deerhurst Resort includes a Friday night marche reception, Saturday cookbook signing and Q & A, and Saturday dinner event which will all be hosted by Chef Mooking. Guests can also get out and enjoy Muskoka on a craft beer hike to the resort’s look-out. The package starts at $299 per adult, based on double occupancy. A nightly resort fee and tax are additional. To learn more or reserve, visit deerhurstresort.com

Roger Mooking has earned an international reputation as a renowned
chef executing a culinary style that showcases his globally inspired
vision. The Trinidadian-born, Canadian-raised chef is influenced by his
culturally rich family background, his love of people and travel, and
interest in global flavours to create new culinary experiences.
While Roger’s earliest influences are his family’s Chinese and Caribbean
specialties, Roger has also trained under Japanese, Chinese, French, and
Swiss German chefs. This third generation restaurateur has opened and
consulted on many food and beverage operations including “Twist by
Roger Mooking”.

Deep Impact; a look at The Superfood Chain.