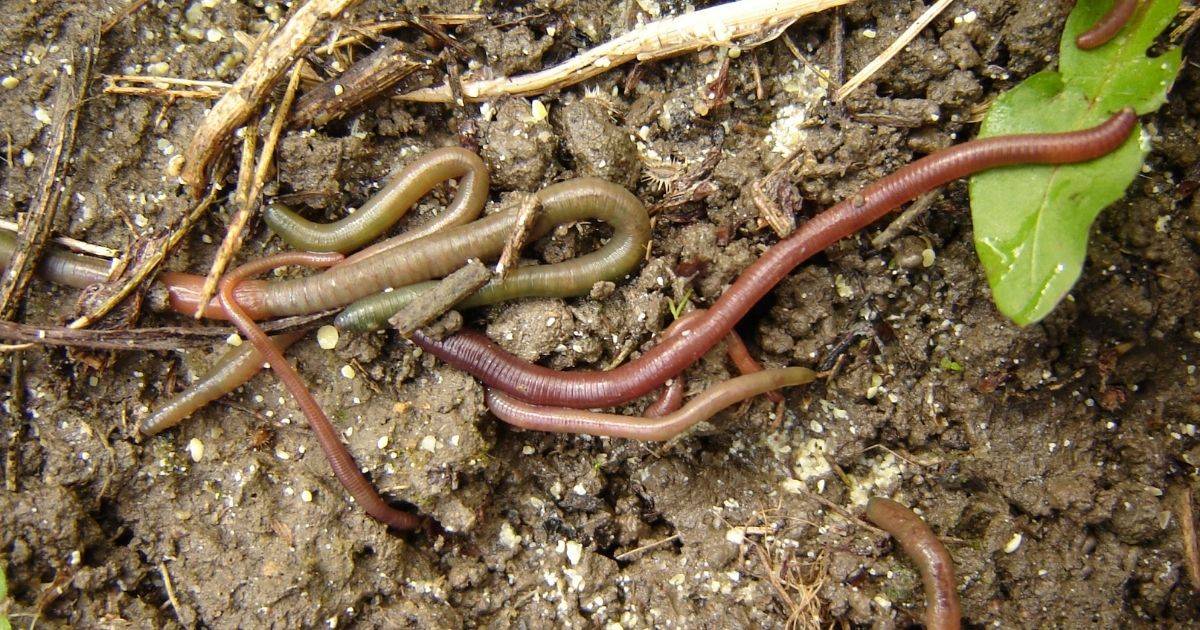 How earthworms are changing our forests.
By Vanessa Farnsworth

When we think of invasive species, earthworms rarely come to mind. And yet earthworms are foreign invaders that were first introduced to this country by European settlers hundreds of years ago and have been making their home here ever since.

“We’ve always seen earthworms. They’re around the gardens and where we live, so we don’t really connect that they don’t necessarily belong there,” says Sandy Smith, a forestry professor at the University of Toronto. “When Europeans colonized North America, we brought those worms with us because, as every gardener or farmer knows, worms are good for the garden.”

Earthworms long ago earned a sterling reputation as ecosystem engineers that excel at decomposing organic matter and mixing it into the soil. In doing so, they catalyze many changes in soil’s physical, chemical and biological structure.

“Earthworms are so important because they’re at the top of the soil’s food chain,” says Odette Ménard, a soil and water conservation adviser with Quebec’s Ministry of Agriculture, Fisheries and Food. “They break down the organic matter first. They pull it down into the soil so that it’s available to the rest of the food chain, and as you go down that chain, the fauna gets smaller and smaller. At every step, they break down the residue into smaller pieces until we get down to the micro—the fungus and the bacteria—they’re the guys that distribute all of that food back to the plants in the form of nutrients.”

Earthworms also aerate the soil by digging lots of long, vertical tunnels that can extend down 8 to 10 feet. And while the earthworms that build those tunnels have a life expectancy of just 6 to 8 years, the tunnels they build have been known to last for up to 30 years.

“If you take all of these tunnels into account, there’s a lot of space in the soil, so there’s a lot of air in the soil,” Ménard says. “In springtime, farmers want their soil to warm up. What is it that slows the warming of the soil? Water. That takes a lot of time to warm. If you don’t have lots of air in your soil, the water just sits there. If you have a lot of earthworms, you need a lot less heat from the sun to warm the soil.”

But those same earthworms that do so many wonderful things for our gardens and farms are disastrous for our forests. That’s because the last ice age wiped out Canada’s native earthworms (with the exception of a few species in British Columbia), so our forests evolved without them. And during the millennia that earthworms were absent, those forests slowly amassed thick layers of organic matter, which protected the underlying soil from erosion, maintained a stable microclimate, and provided vital habitat for roots and soil organisms. When earthworms return to those ecosystems, they disrupt a delicate balance.

“What they do in forest systems is take all the leaf litter and any of the decaying organic matter that drops down [onto the forest floor] and very quickly pull it down into the soil, where it’s mobilized and converted into more accessible carbon,” Smith says. “As a result, instead of having a soft, spongy forest floor that intercepts water, any rainfall that comes down quickly is going to tend to run off.”

“You don’t have a buffer—the insulation that leaf litter would normally provide—and so you see exposed tree roots, or tree roots that are higher out of the ground than normal, and they are more likely to suffer from severe cold, especially during spring and fall, when the thaw really impacts plants,” Smith says. “So you lose insulation, you lose the sponge that slows water movement down, and yet the processes of nutrient cycling get speeded up.”

The result is decreasing forest productivity, increasing risk of invasion by foreign species, and declining plant and wildlife diversity. That decline extends down to the creatures that normally reside in the diminished layers of organic matter, including soil microbes.

“A shift in soil microbes from fungi to bacteria is one of the biggest impacts for our northern forests,” says Smith. “All the boreal has evolved under mycorrhizal associations because bacteria don’t survive well in the cold, wet conditions of boreal soils. The plants that are there are successful because of their associations with fungi. If you’ve got your soil microbes shifting from fungi to bacteria, what you see is fewer mushrooms on the forest floor. That’s a huge biodiversity shift. Mushrooms are important in the boreal.
So you get fewer mushrooms, which means you have fewer small mammal herbivores like moles and voles that feed on plants, plant roots and mushrooms. And so you get shifts of these small mammal communities to deer mice. Deer mice are omnivores. They do really well in these shifting forests.”

Northern forests also sequester massive amounts of carbon in their thick mats of organic matter, and when earthworm activity destroys them, carbon dioxide is released into the atmosphere, something that isn’t helpful to a world in the midst of a climate crisis in which carbon dioxide plays a significant role.

In light of all this, it doesn’t come as good news to learn that each year earthworms colonize increasing expanses of forest. That’s quite an accomplishment for a creature that moves so agonizingly slow, which makes the suggestion that they may not have got there on their own something less than surprising.

“When I worked in the boreal forest in northern Ontario, you could certainly find spots where the worms were, and the only way they could have gotten there is from fishermen. Because there had never been a camp or any other human settlement. So they must have been started from somebody leaving a population,” says Smith, noting that humans and animals alike are quite good at spreading earthworms around. “Eggs and cocoons can get moved on hiking boots or mountain bikes, or it could even be deer. Hoofs, horses, anything walking along could pick up cocoons. That’s why you tend to find earthworms near trails and roads.”

Moving plants from one location to another is also an excellent way to introduce earthworms to new regions. Sadly, it’s so easy to move them from place to place that they can potentially be distributed to thousands of new locations across the country every year.

“So the moral of the story is be careful and try to err on the side of caution,” Smith says. “As an ecologist would say, don’t move things around if you don’t have to, and try to be aware that the soil is full of all sorts of organisms and processes.”

Words to live by.