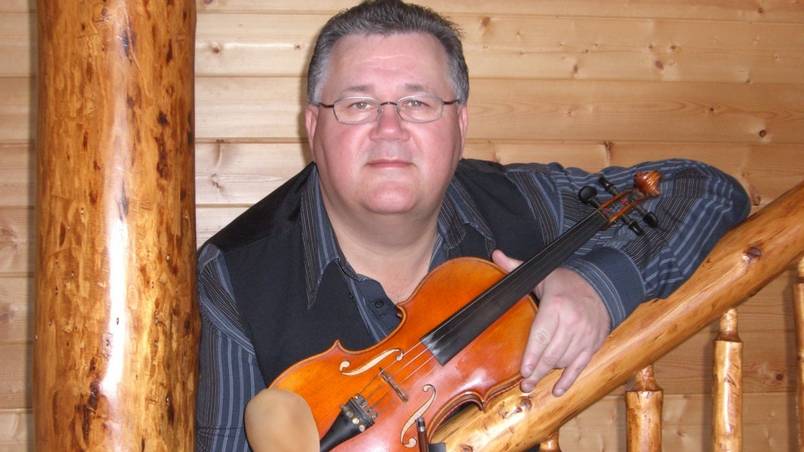 Where do you live now? St. Paul, Alberta.

Your pastimes there? Golf. I have a hole-in-one to my credit, thank you very much!

Best French fries? Burger Baron. I love burgers. I always wanted to do an album and call it Hamburgers By Candlelight.

Your town’s claim to fame (before you)? In 1967, for Canada’s centennial, the folks of St. Paul built the world’s first UFO landing pad as a landmark in town to attract tourists. So far, no aliens have been spotted, but many visitors from all over have signed the guest book.

Your local mentor, if any? My father, Art “Lefty” Vollrath, was my mentor.

How has this place contributed to your career? It’s my wife’s birthplace, and she works alongside me and has helped our musical business tenfold.

Why do/did you like living there? Or what do you like about this small town compared with the other places you have lived?

I grew up in the city and now live in a small town that has a much slower pace. Love it, and it just seems safer.

What else do you want people to know about this place?  It’s a friendly town with lots of heritage from French, Ukrainian, Metis and Irish people. It’s a wonderful place to raise a family.

Calvin Vollrath’s love of music began at an early age, when he used to mimic his father, Art “Lefty” Vollrath, with two butter knives. His father was a great fiddler in his own right and passed on the family tradition. Calvin was raised on the TV folk musical variety show Don Messer’s Jubilee, and at the age of eight he received his first fiddle. At age 13, he entered his first fiddle contest, and at 17 he was winning the Championship class. He was crowned the Grand North American Old Tyme Fiddle Champion twice.

He is a musical prodigy and one of the few Canadian fiddlers playing professionally in the Metis style. To date, he has composed over 475 tunes, many of which have become standard contest and dance tunes across North America and Europe. He has cranked out 58 albums, numerous music books of original compositions, and an instructional DVD. He was commissioned to compose five fiddle tunes for the Opening Ceremonies of the 2010 Vancouver Winter Olympics to represent the various styles of fiddling our country has to offer. He also wrote the theme (“Fiddles of the World”) for the international fiddle convention held in Halifax in July 1999.

As a teacher, Calvin has been recognized by the Saskatchewan Cultural Exchange Society as one of the driving forces behind the revitalization of fiddle music. In 2007, he started his own camp in northeast Alberta, aptly naming it Camp Calvin. He also teaches at numerous workshops throughout Canada and the United States.

Awards he has received include the Lifetime Achievement Award from the Canadian Grand Masters Fiddling Championship (2005), a Lifetime Achievement Award from the Alberta Men of Country Music (2007), and the Bev Munro Award (2009), which was sponsored by the Association of Canadian Country Music Legends. In 2011, he was inducted into the North American Fiddlers Hall of Fame in New York.
Calvin represents Alberta and Canada internationally. Since his participation at the 2000 World Music Expo in Berlin, he has toured several European countries. He has recorded with the likes of Ian Tyson and Colleen Peterson and is still in demand as a studio musician for various Canadian artists and film and television productions.