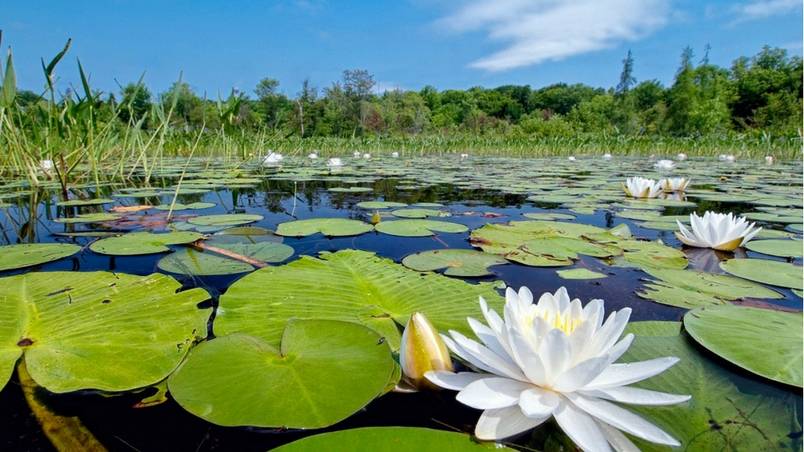 It no secret. Invasive species are changing the land and water we love. They overwhelm habitat, choking out natural wildlife and vegetation. They spread aggressively and hold their ground stubbornly. Winning the fight against an invasive species takes science, engineering and people committed to on-the-ground hard work. Conservation groups like Ducks Unlimited Canada (DUC) are […]
By Ducks Unlimited Canada

It no secret. Invasive species are changing the land and water we love. They overwhelm habitat, choking out natural wildlife and vegetation. They spread aggressively and hold their ground stubbornly.

Fighting back against Phragmites 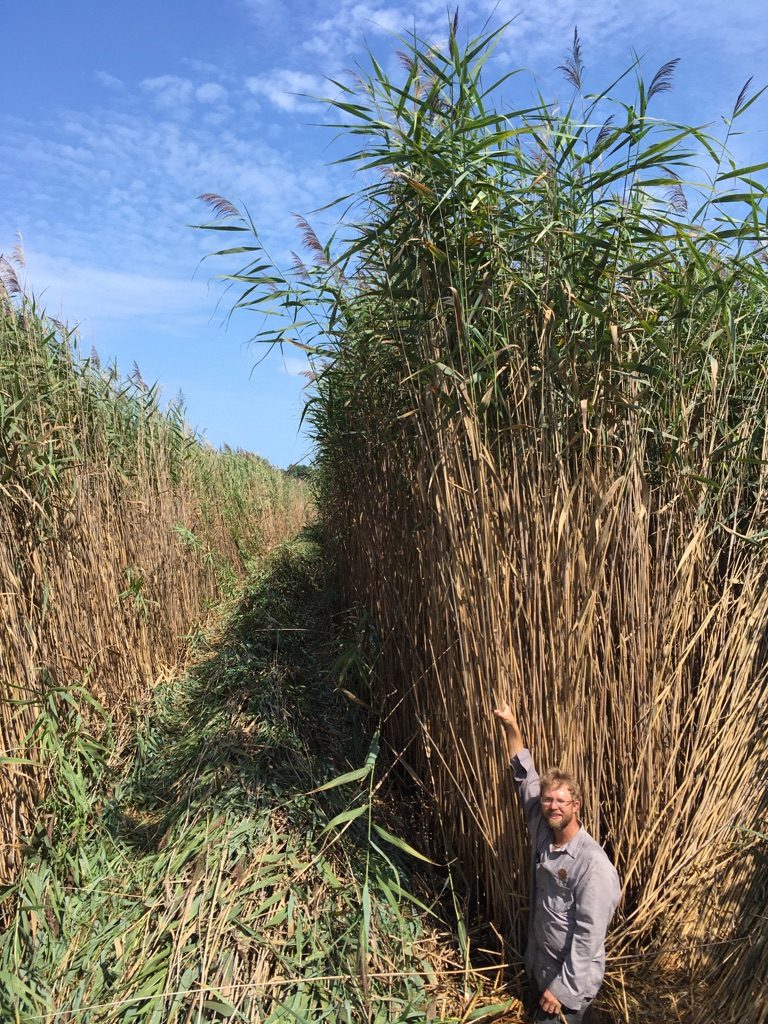 “This reduces biodiversity and the amount of open water. It also negatively impacts wetland species, including approximately 20 percent of Ontario’s species at risk.”

Invasive Phragmites is well established in southwestern Ontario and eastern Ontario near the Quebec border. It is also spreading into northern Ontario’s boreal region. Under the right conditions, it can spread up to 30 percent per year.

There’s no easy solution for Ontario’s invasive Phragmites problem. But a multi-faceted pilot project is gaining ground, thanks to extensive research and partnership efforts.

At Long Point and Rondeau Provincial Park, DUC mapped the plant and teamed up with the Ministry of Natural Resources and Forestry (MNRF), Nature Conservancy of Canada and special interest groups. Together they created a herbicide pilot program and obtained an Emergency Use Registration permit to fight back large stands of Phragmites.

In the winter months, the dead Phragmites are rolled and/or cut. Some areas may also be burned. It’s been effective in allowing the native plants to regenerate more easily, and has helped the wetland return to a more diverse and healthy ecosystem.

“An intensive monitoring and evaluation component—led by the University of Waterloo—clearly shows that the herbicide has been effective at killing Phragmites without any significant impacts on water quality or other wildlife,” says Armson.

European water chestnut is an invasive species that outcompetes native plants, forming impenetrable floating mats and clogging shorelines and waterways. As it grows, this invader can block light from penetrating beneath the water surface, reducing natural underwater plant growth and leading to fish kills. The plant’s woody, barbed seeds can even cause injury if stepped on. 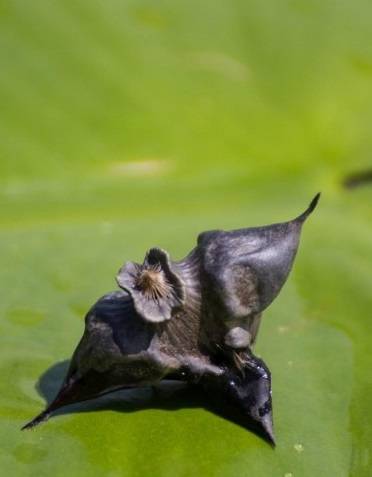 The good news is that European water chestnut is an annual species.

“Every year, existing plants die in the fall and new plants regrow only from seed,” says Kyle Borrowman, who co-ordinates the European water chestnut program for DUC in Ontario. “So if we are able to remove the entire plant before it goes to seed, we can reduce the seed bank and keep ahead of the problem.” 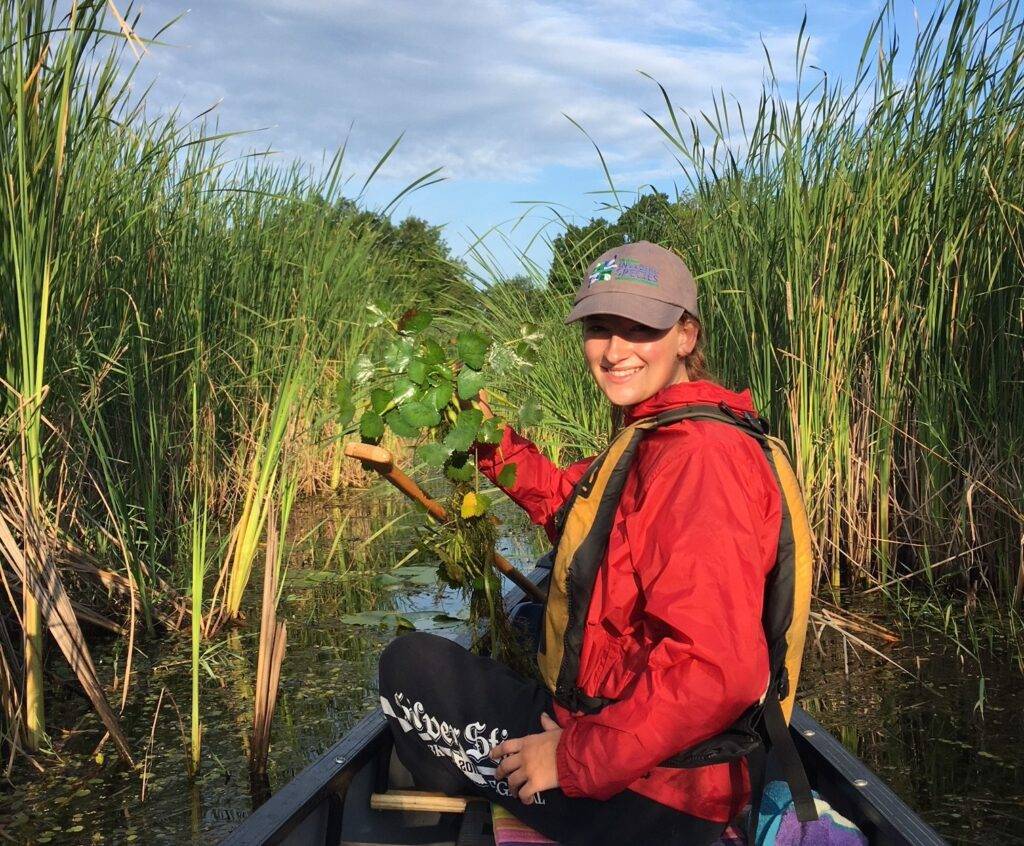 Lilly Auty maneuvers her canoe through the back creeks along Bayfield Bay near Wolfe Island, Ont. to remove water chestnut.

Through funding support and partnership with the MNRF, the Invasive Species Centre, (ISC), Ontario Wildlife Foundation, private landowners and hunt clubs, DUC teamed up with the Ontario Federation of Anglers & Hunters’ (OFAH) Hit Squad to combat threats posed by this destructive wetland invader.

“We started going out in the boat in early June,” says Auty, “Once the plants started coming up, it was fascinating to see just how dense the patches got and how quickly they would outcompete the other species around it.”

“When we found a patch, we would use a GPS tracker to pinpoint the location—almost down to the individual plant. Then we would pull the plants by hand and haul them into the boat for disposal.”

Auty’s work with Ontario’s Invasive Species Awareness Program is having a major impact in the battle to eradicate European water chestnut from eastern shorelines in Lake Ontario. Wolfe Island’s Bayfield and Button Bays have seen an 81.7% reduction in water chestnut compared to 2014.

When purple loosestrife is spotted early, digging can solve the problem. 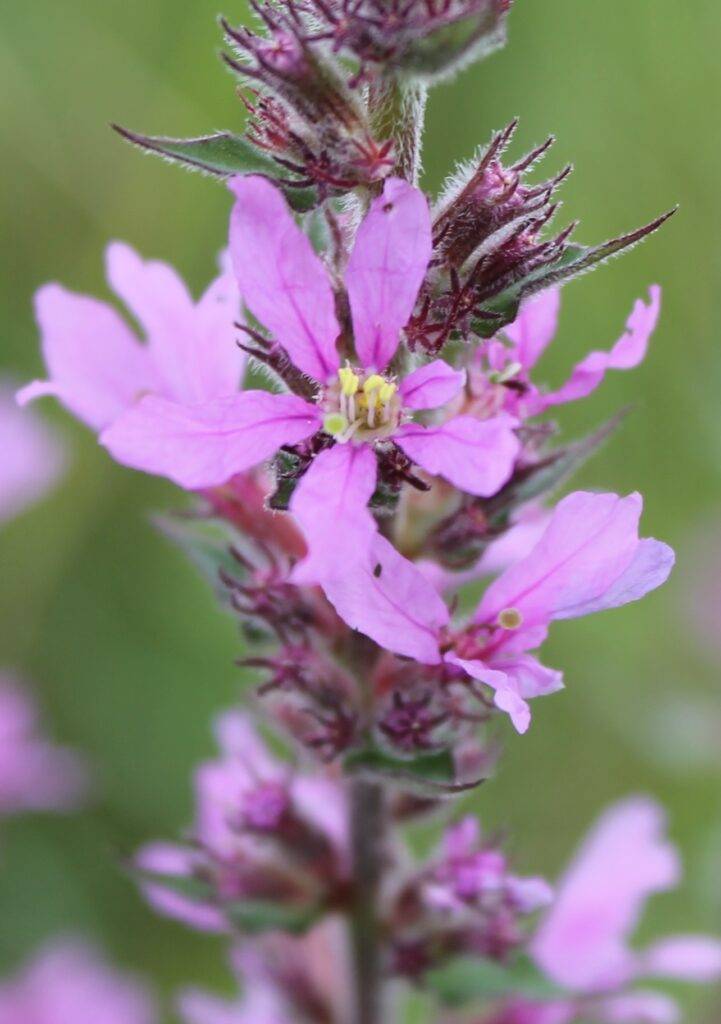 Purple loosestrife was introduced to North America by European settlers in the 1800s, who brought it to plant in their gardens.

Unfortunately, affected areas are often not treated until the notorious plant has spread much further—creating a sea of purple flowers too numerous to dig up.

The bright fronds swaying in the breeze between cattails can look lovely. But purple loosestrife takes over wetland ecosystems, chokes out native plants and leaves less food for waterfowl and other wildlife to eat. 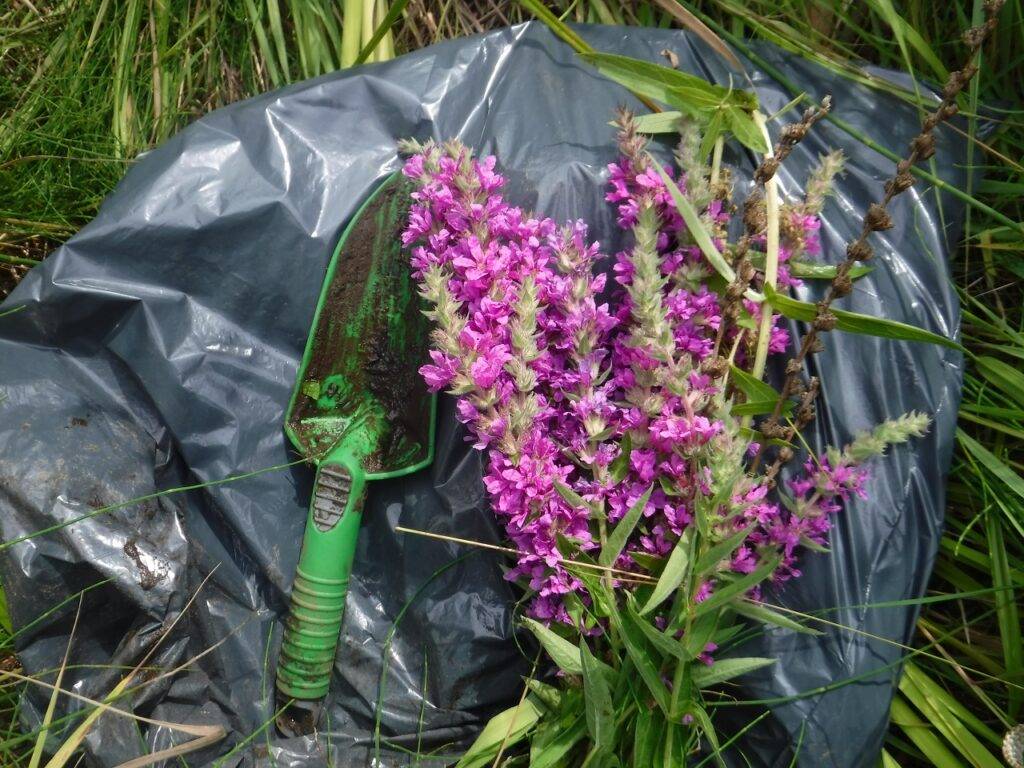 When that happened near the Brokenhead Wetland Ecological Reserve in Manitoba, biologists called in beetles for back-up.

“The reason why purple loosestrife is so invasive here is because it doesn’t have its natural predator, which is a beetle from Europe,” says Jade Raizenne, conservation and program specialist with DUC’s Native Plant Solutions (NPS).

“Researchers determined it was safe to introduce the beetles to Canada as a biological control. The beetle only eats the purple loosestrife plant— it doesn’t have any other host—so it doesn’t affect native species.”

In partnership with the Centre of Indigenous Environmental Resources (CIER), NPS and members of the Brokenhead Ojibway Nation (BON) released approximately 450 purple loosestrife beetles at five wetland sites. They focused on an area around the Brokenhead Wetland Ecological Reserve, known for rare plant species and species of cultural importance to the community.

In the year following the release, beetle presence and their damage to the plants was evident where the releases had taken place. 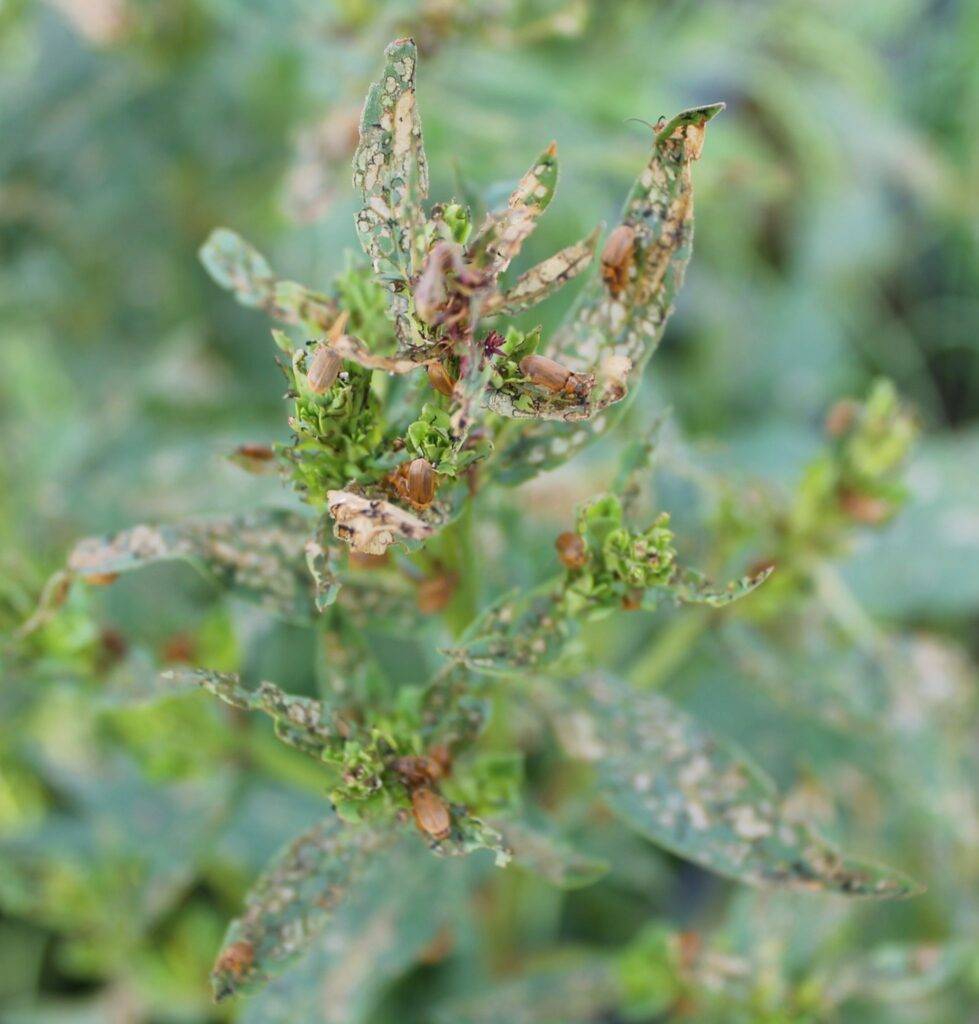 Similar tactics have been used elsewhere in Canada with success. An earlier release at wetlands in southern Ontario has shown purple loosestrife reductions as high as 90 percent.

Ducks Unlimited Canada (DUC) is an international conservation leader. They focus their efforts on some of the most important ecosystems on the planet: wetlands. DUC’s research and wetland conservation work is helping to protect Canada’s water quality, wildlife, biodiversity and environment.

Thinking of the Environment While Taking Care of Pests: Eco-Friendly Methods and Pesticides

Why We Love Manitoba