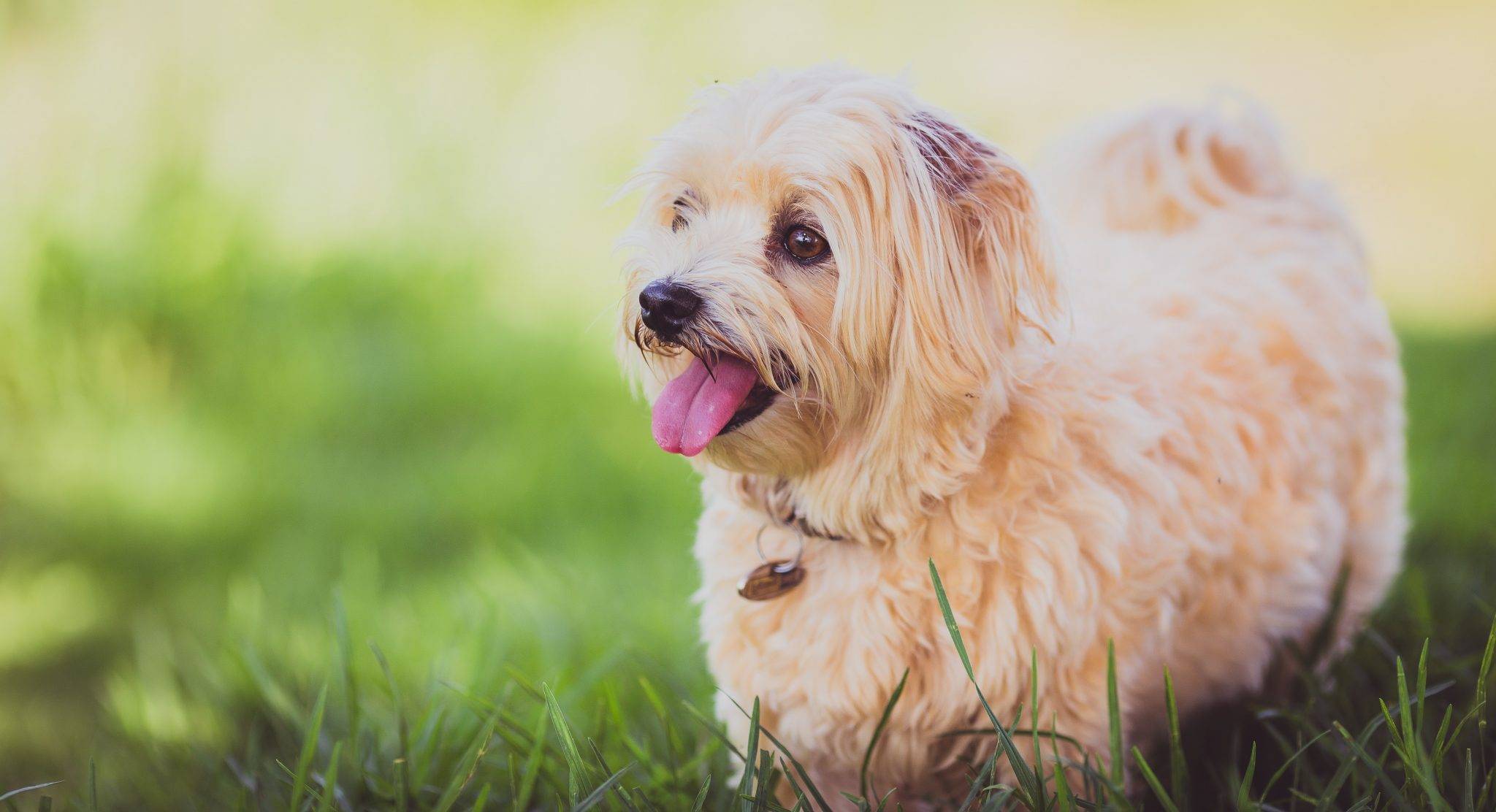 Tips on how to make a pet-friendly and pet-proof garden.
By The Harrowsmith Team

I know I’m not the only one whose country garden has become a battlefield between pets and plants. Maggie is an exuberant, if overweight, black/chocolate Labrador cross who loves nothing more than wrestling with our neighbour’s sweet-natured farm-dog, Gardien. In the heat of battle, the two have been known to topple a row of sunflowers, plow their way through a hedge of perennials and tear up freshly laid sods. I love to watch them play, but the consequences are sometimes too much for a gardener to bear.

With my flowerbeds in perpetual transition, there’s always a patch of freshly turned soil for the panting pooch to plop down on. When the temperature rises, she inevitably seeks out the coolest place to lie down. A shade garden on the north side of the house is hotly disputed territory. In spring she flattened my tiny coleus seedlings. In summer, Her Royal Highness pelted the house with soil to dig a nice, cool bed. The final straw came last fall in the shade garden, after she excavated a white bleeding heart, a newly transplanted gift, and destroyed half the root system of my treasured, mature astilbe, a magnificent, pale pink specimen that came with the house.

I realized I had to start thinking like a dog. Unless I was willing to tie her up 24/7, my garden had to work with, rather than against, Maggie’s natural tendencies.

No amount of yelling, shaming or punishing seemed able to stop her from ransacking the yard. Interestingly, she never dared set a paw inside the vegetable garden. Perhaps this was because its boundaries have not moved in years, whereas I’m constantly digging new flowerbeds. It’s confusing enough for my husband to mow a reconfigured lawn every week, so how can I expect the dogs to get the hang of where they may and may not play?

I had to make it easier for Maggie to understand her boundaries. I tried giving her strong visual cues, such as clearly established edging, stakes, fallen branches, even a short, decorative wattle fence. I took her on a tour of the yard, pointing out those verboten zones with a clear “No.”

Some dogs may deliberately disobey their owners, but in my experience, most just want to please. Keeping this in mind, you can make a garden more pet-friendly. You can’t stop a dog from digging, but you can minimize damage to your lawn and garden by designating an area of the yard where it’s OK for a dog to delve. Likewise, set aside a couple of shady spots for napping on a hot summer’s day. You can indicate their rights by placing a water bowl there.

To keep dogs out of the garden, defence is the best offence: Dwarf edging plants, such as pansies, impatiens, or alyssum, are more vulnerable to damage from carousing pets than taller, more substantial ones, such as coreopsis, gazania, euphorbia and ornamental grasses. Other traditional edging plants, including coral bells, lady’s mantle, trailing verbena and creeping thyme, are surprisingly tough at withstanding pawprints.

Failing that, you can also plant prickly plants as a barrier. Roses, globe thistle, even raspberry canes make a good boundary, tough to push through and unpleasant to cuddle up against.

Reinforce tall or brittle plants, such as dahlias, glads and delphiniums, early in the season. Try pairing them up with sturdy, bushy plants that can support them in a time of crisis, such as Echinacea, rudbeckia, sedum, sage and all manner of woody shrubs. And good luck.

With some strategic planting, a little patience, guidance and lots of love and affection for both Fido and your gardens, peaceful coexistence is possible. Even in the dog days of summer.