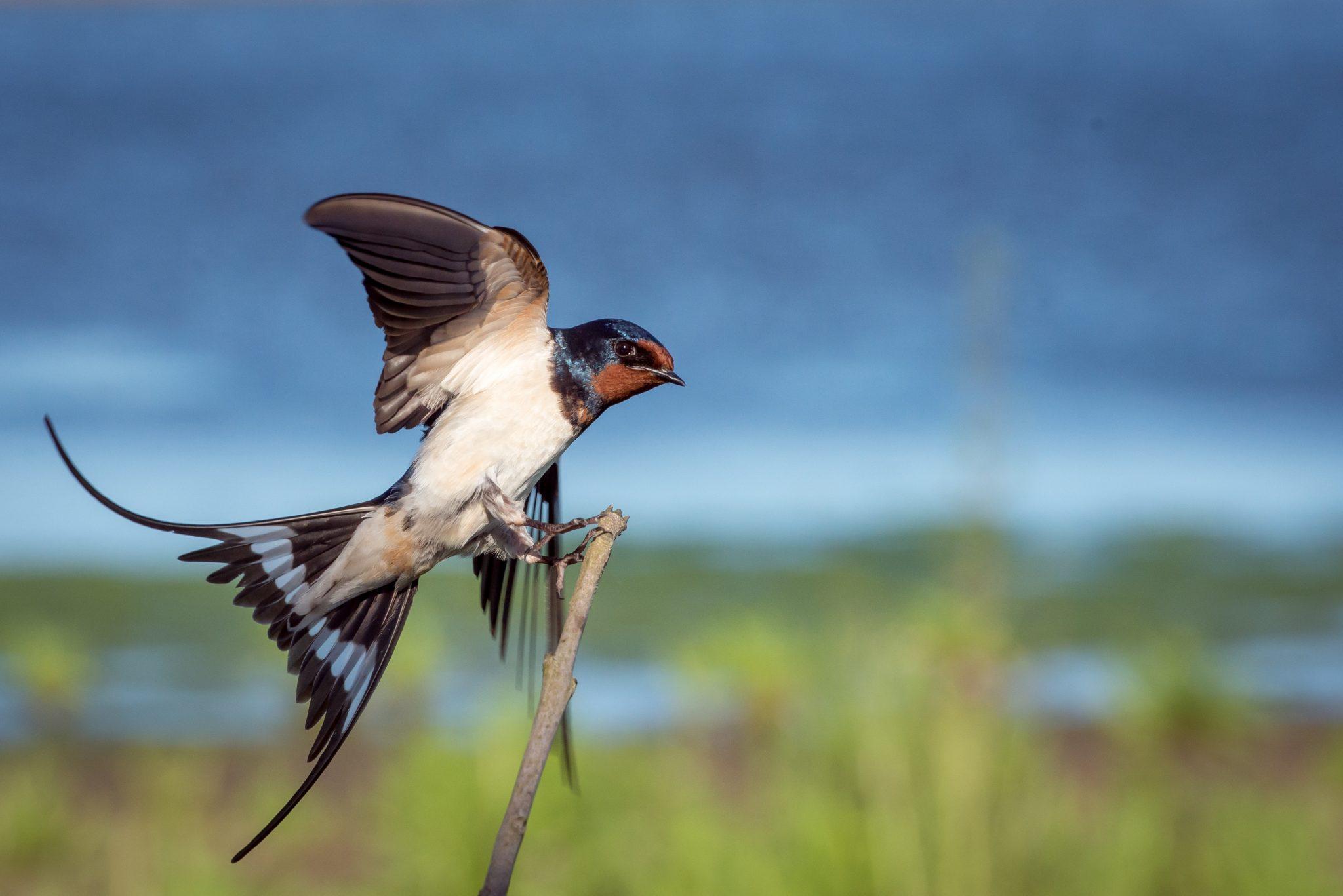 As Canadians, one in five of us are considered birdwatchers. My husband and I are full-time RVers, and this lifestyle has made it very exciting to observe birds all over North America. We have envied birding sites in such places as the Carolinian forests of Point Pelee National Park, which has recorded over 370 species. There are also the revered bald eagle hangouts of Sheffield Mills, Nova Scotia, and the George C. Reifel Migratory Bird Sanctuary along British Columbia’s Fraser River.

As this birding hobby soars in popularity, the proliferation of birding apps and the technology to help us understand and identify birds abound. Things sure have changed since the 1920s, when people first started primitively recording birds.

Here are five apps that enable you to identify the feathered friends found in your area and beyond.

Sporting a great interface, this is an easy-to-use app. Give your location and date, as well as the size of the bird, its colour and activity, and the app will offer possibilities. These are not amateur guesses. Credible information is collected from thousands of birders around the world on eBird (a crowd-sourced database of bird observations). A new feature allows you to download your own photo of a bird, and the app will provide a list of birds it might be. You can download “bird packs” for your area to start you off. Photos, not illustrations. By Cornell University.

This app is like having a bird detective telling you what birds are in your area and when. Or if you travel and want to see a lifer bird, just search and it will show you the latest spots it was seen, with directions and photos. The pictures are posted by you and other birders. By Citizen Science members.

If you want to really show off, this is your secret weapon. Identify birds by sound as you play this game. You are shown photos of four birds, the app plays a song, and then you guess which bird it belongs to. Some birds are extraordinarily similar, but this app expertly sharpens your ears. In the field, you will hear a lot more birds than you will see, so this is extremely useful. Bonus: You will also impress your friends! Photos, not illustrations.

This app features four interactive games that have fascinating facts, great photos and real bird calls. Players learn about food preferences, songs and habitats. Teach them young, and they will be birders for life!

Do you have trouble identifying those pesky little brown birds? They drive me mad! This app is not for beginners. On one screen, you can compare four similar-looking birds by clicking on their sound or zooming in closely to view their details. You can also tap on one of the four, and you’ll be shown their range, which can eliminate some possibilities. The lower menu contains clickable information, such as notes about each species.

Just lift your phone into the air and record the birdsong you hear, and the app will identify the bird by its song. Imagine! It also identifies birds with your camera too.

Besides apps, other new bird technologies are really exploding. With a concentrated focus on bird DNA, tracking, collision avoidance, Citizen Scientists (a 200,000-plus network of volunteers who gather data), webcams on nests, virtual ornithology classes, bird CT scans, drones and climate change studies, birding has graduated from binoculars and a Peterson field guide.

I spoke to David Winkler, a professor of ecology and evolutionary biology at Cornell University, about his latest invention: solar tags for small birds. These solar tags last forever and, weighing only half an ounce, can be applied to a tree swallow.

Canadian Russ Dawson, a professor of avian ecology at the University of Northern British Columbia, is working with Cornell on Winkler’s project. Nova Scotia, where tree swallow populations are down by as much as 98 percent, is too.

We are losing birds at alarming rates. Scientists are racing to accumulate data about how devastating climate change has been for birds. New, “greener” energy options, such as windmills, are killing birds in the thousands. Technology to protect birds has begun to emerge with the innovation of the Energy Ball, the “safe smaller wind turbine” invented by Home Energy, a Swedish company.

Around an RV campfire one night, a grumpy old man listened as I excitedly described a Florida bird I’d never seen before: a painted bunting. “Why do birds matter?” he said, growling. I didn’t have a good answer at that moment, but I’ve thought about it ever since.

Birds matter because they are a connection to our emotions. It’s evidenced by the bald eagle that swooped inches past me at my sister’s funeral in British Columbia, seemingly knowing that she believed they were spirits. It’s the grandchild that first notices a robin in Gramma’s yard and squeals with delight while trying to catch it. It’s the wonder of a massive migration that brings out all the neighbours with you to watch. It’s the humour when a birding friend emails you with this question: “Do you know a group of owls is called a parliament?” Birds are joy (never mind the insects they eat and the balance they keep in the life cycle). That’s what I would tell that grumpy old man.

Kay and her husband, Fred, sold their waterfront home in Ontario, Canada, and downsized to a motor home. They have children and grandchildren scattered throughout Canada and the United States, so they travel to warm sites in winter and cooler spots in summer, visiting family. Living and rug hooking in an RV takes a lot of organization. Kay hooks with yarn and is able to carry several bins in the RV while traveling. Most of her stash resides in her sister’s studio in Montana.