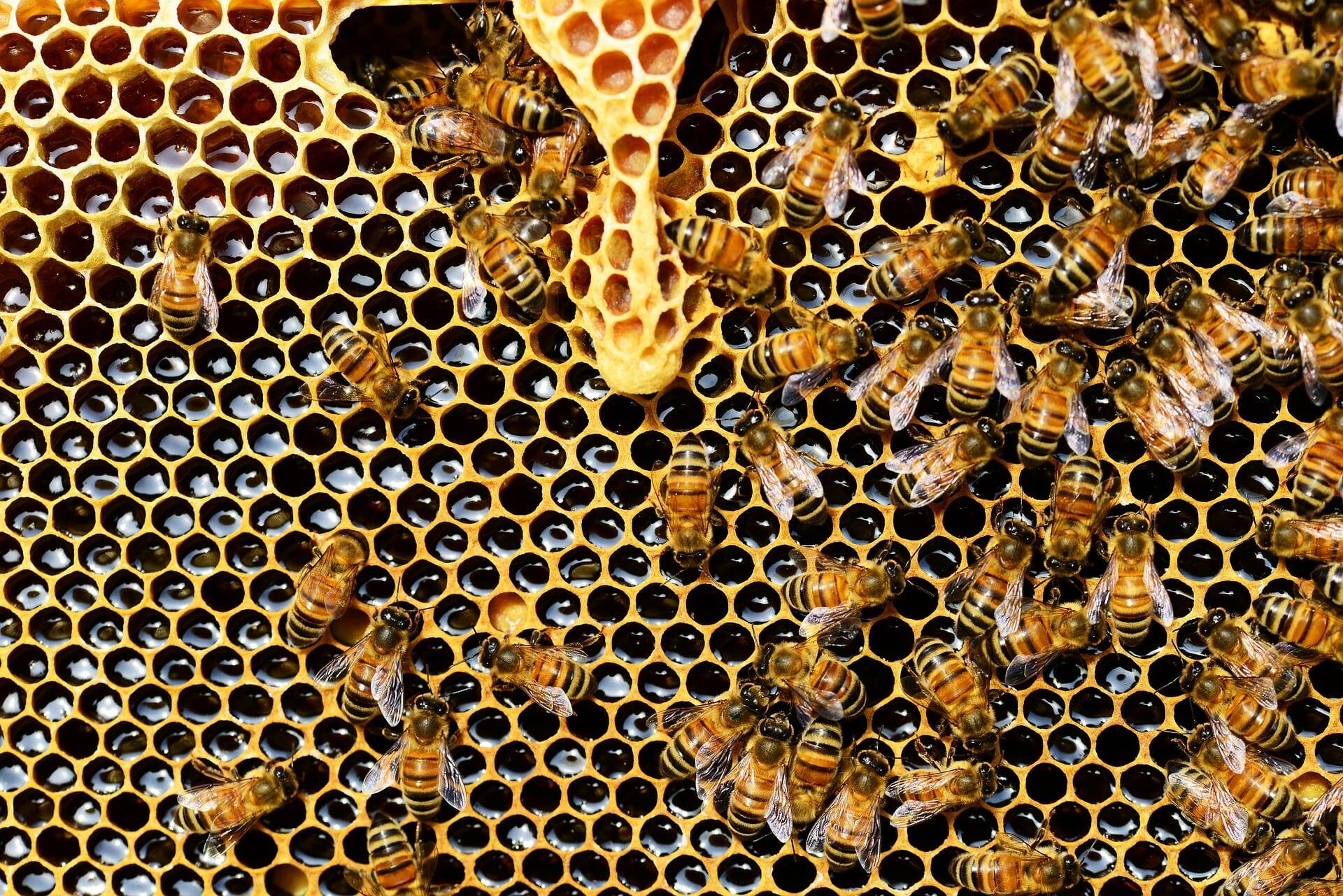 The plan was simple: sneak into the house and boil a large kettle of water. Dump it inside the wall and the bees would be scalded to death.
By Maurice Crossfield

Like any sensible ten-year-old farm boy, life in the summer was about the ongoing quest for adventure, or at least something to do. Kevin was two years younger, a seemingly huge age difference at school, but on the weekends and in the summers he was for me the closest kid around. That made him an invaluable friend.

The quest for adventure almost always involved the great outdoors, mainly because our parents didn’t want us indoors. Kevin’s grandparents lived across the road from us and their farm was a wellspring of possibilities, from the two-holer off the back of the woodshed to the attic where we found old badminton rackets, empty suitcases and artifacts from bygone eras.

There was even an old outbuilding that looked like a cottage. It stood empty for years until we moved in, making it our own clubhouse. We found some old licence plates, a horse collar and some deer antlers and soon we had it looking quite homey, complete with places to sit and scheme and talk about the important things in life: Fishing, hunting, superheroes, Mad Magazine and in later years, girls.

But at the ages of eight and ten girls were not yet on the radar screen. The clubhouse was the perfect place to plan, tell stories and gripe about teachers. It was all ours. We called it the Bow Club, after the prime preoccupation of the day, shooting our bows and arrows. Until the bumblebees moved in.

As any rural dweller knows, bumblebees, hornets, wasps and anything with a stinger likes to move in to places that are convenient for them and decidedly inconvenient for everyone else. Kind of like the Hell’s Angels. For the bumblebees, the wall of the Bow Club was just such a place. It was a hot day in late June when we discovered each other. Kevin and I had just finished helping bring in some hay, and were looking for a shady spot to cool off. The Bow Club was in the shade and away from the grownups, we decided to head there.

As we approached the door we spotted a lone bumblebee, which promptly disappeared into the wall of our Bow Club. Then, as Kevin put his hand on the door we heard a faint humming from the wall. The bee reappeared, joined by several friends. Kind of like the Hell’s Angels.

Being two years older and therefore the faster of the two, I covered the two hundred yards to the house in a time that would have been the envy of an Olympic sprinter. Kevin was surprisingly quick for his age, nearly beating me. But when fleeing from bees, last place is last place. He got stung twice. I escaped injury.

But being boys, our hasty retreat from the Bow Club could only be a temporary state of affairs. It was an affront to our dignity, a challenge. Seeking shade under the big maples in the front yard, the planning process began.

“But we can’t afford Raid,” Kevin replied. We both knew the parents weren’t about to put up money for us to try our hands as exterminators. I don’t remember which one of us came up with the boiling water idea, but it seemed like a good idea at the time. Besides, we had heard how that’s what they did in the old days, so it must work. Never thought it might have been the reason Raid was invented.

The plan was simple: Sneak into the house and boil a large kettle of water. Haul the kettle over to the Bow Club, dump it inside the wall and the bees would be scalded to death in a matter of seconds. Simple, effective, low-cost and, we believed, possible.

Because Kevin’s grandparents were avid gardeners, getting the kettle of boiling water was fairly easy. All we had to do was wait for the evening weeding. And as we left the house that evening with the steaming kettle, Gramma and Grampa gave little more than a passing glance. To this day I suspect they knew what we were up to, but let it happen anyway.

The tricky part was going to be getting the boiling water to its desired target. Firmly in place between two boarded-up walls, we couldn’t actually see the nest, but we could hear it. We opted for a large crack between two boards that seemed to be on top of the buzzing sound and where most of them came out to scavenge for pollen and generally make life miserable.

As I began to pour the humming silenced. Then the side of my head exploded. My God, I didn’t know they had guns. No guns, just one very fast, very irate bumblebee. I dropped to my knees.

“Get back up and keep pouring before more of them come out!” shouted Kevin through the ringing in my ears. “You’ll be able to get them as they come out of the nest!”

Still clutching my temple, Kevin’s idea seemed like the best course of action. Then the wall began buzzing again. Then the low tin roof began to vibrate. Then the wall blurred slightly and sounded like it was filled with power tools. I kept pouring anyway.

I’d swear I made eye contact with the next bumblebee. Just before he nailed me in the forehead. That was the starter’s pistol. We were off, followed by several dozen very irate, very fast bees.

In the three seconds that followed we made the distance to the house, with jabs of searing pain hitting our bodies like November raindrops. I even managed to reach back and snatch a bee off my neck and crush it, but the onslaught continued. I have the vague memory of Kevin’s grandparents glancing up to see twin blurs, followed by a large buzzing black cloud.

We were wearing rubber boots, but we could’ve made Ben Johnson look like a sissy.

For the next week I didn’t need to wear a baseball cap to keep the sun out of my eyes. Several people asked me what I was so concerned about. When Kevin swatted an attacker that stung his knee it fell into the open top of his rubber boot, and then stung him again. He limped like a war veteran. Then came the post-traumatic itching, which lasted the better part of a week.

We silently agreed to leave the Bow Club be for the summer. After the first few frosts of fall we had our clubhouse back.

Today I live in a board and batten house that a nest of wasps finds to be an excellent place to wreak havoc. They’ve set up housekeeping in the attic, coming out between gaps in the boards under the eaves. Though we have managed to peacefully coexist, I occasionally get the urge to confront an old enemy.

Maybe if I went up there with a pot of boiling water… Maybe I’ll give Kevin a call and see what he thinks.